Abena: The ‘Shine A Light On’ Mix
Minute Read

Abena: The ‘Shine A Light On’ Mix Manchester-based collective All Hands on Deck have been on our radar for a little while, but it wasn’t until this summer that we were introduced to one of the minds behind it, Abena. It was her stream for We Out Here that had us hooked; a mind-bending mix of energetic electronics that saw her dropping in edits from Panic At The Disco and Bloc Party in the most surprising, yet seamless fashion.

For those that aren’t au fait with All Hands on Deck’s movements, they are a DJ collective that consists of, and supports, people who identify as women, non-binary and trans, by running a series of open deck parties and DJ workshops in the city, which have been replaced by an online mix series during this year’s COVID restrictions.

With the memory of Abena’s stream still ringing loudly in our ears, we were eager to see what she would bring to the table for her Shine A Light On mix, and the result is suitably gripping, moving through moody, chuggy cuts that perfectly soundtrack the darkening days…

Ransom Note · Abena: The ‘Shine A Light On’ Mix

Hello, I’m Abena (or Tracy if I rate you). I’m a DJ based in Manchester and I’m part of All Hands on Deck. AHOD is a DJ collective that consists of people who identify as women, non-binary and trans. We normally run open deck parties and DJ workshops in Manchester but since COVID-19, we’ve been running a mix series online.

What does your music sound like? Can you draw what you think it sounds like for us (an image from the old Internet is acceptable)?

I don’t really know what this is but it looks a bit wriggly and sinister which reflects the music a bit, I think. It feels like it’s creeping onto you. 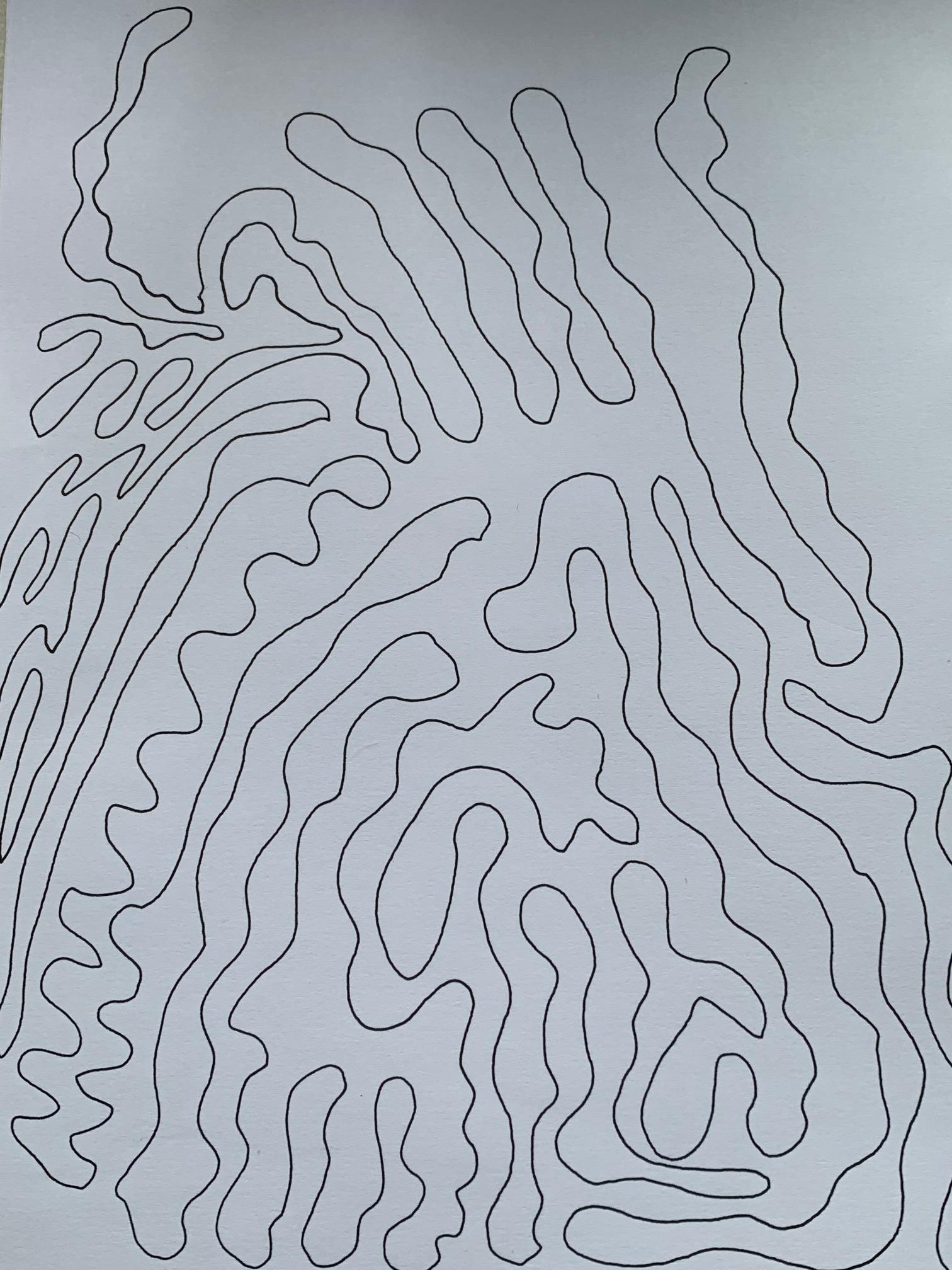 I recorded this at the Rec. Centre which is a really lovely studio based in Salford. It was really dark outside even though it was around 6pm when I recorded this. The lights in the studio were dimmed and had nice blue and purple hues as well. The studio setting and the cold weather really influenced the mix’s mood and you can definitely hear it. It feels chuggy and gloomy.

This mix would be a really good warm up set for a club night in early winter. I would’ve loved to play this at Partisan or White Hotel around 11pm as people were starting to enter the club. I think could set the mood of the night and get people ready for the main act. I think it would also be dead nice to listen to this on a gloomy afternoon at home. Just sit back, have whatever you have to help you feel relaxed and listen to this with a nice pair of headphones, or on a couple of good speakers. Make sure you have warm lights as well – candles would add a nice touch!

Comfortable clothes because clothes should always make you feel comfortable. If you’re listening to this in the club, wear shoes that have cushioned insoles. I recommend Sketchers!

Never really thought about this. I think my ideal setting to record a mix would probably be an afters where I’m having a b2b with all my mates. I’ve only ever seen others do it and I’ve proper loved it! I’d love to do that with everyone from All Hands on Deck and a couple of other pals – it’d be so much fun! Maybe it seems like a dream setting because I really miss afters hahaha.

Gage – Floodgates (Minimal Dub). I heard it on Tia Cousins’s NTS show and I bought it on Bandcamp immediately. The song reminds me of the sense of excitement and anticipation that you feel when you’re entering a new club and hear the bass boom while you’re queuing outside.

CCL’s Blowing Up the Workshop mix. Cecu is honestly one of the best DJs I’ve ever seen live and the only one whose mixes I regularly go back to. This mix took me on such a journey and it was filled with songs I loved and new songs that I ended up loving. It’s amazing!

I’ve always wanted to do a b2b with my mate m.Kwas. We actually managed to do one at the start of the year and it was sick! Iceboy Violet spontaneously MCd over a few of my tracks and it was really fun. I’d love to do that again. I think I’d rather do back to backs with close mates than with DJs I look up to – it’d be too much pressure!

My first and current DJ set up is a Numark Mixtrack controller. My mate has lent me a couple of KRK monitors though, which I didn’t have before. My other friend also gave me a pair of Vestax turntables which I need to fix. I only learnt how to mix with vinyl a little bit during lockdown when I was housesitting and I had lots of fun so it’s something I’m excited to practice a bit more.

The track you start on for sure! It’s more important to set the scene and keep people on their toes. I think your first track can dictate the kind of mood you’re going for in a set so it’s dead important.

I didn’t actually buy my first ever record. It was a remix of a Naked and the Famous song with Chiddy Bang on it and it came with the album. I was about 16 when I got it. I actually went on a bit of a record haul last week so I have a couple of ‘last records’. My favourite ones from the bunch are Shy Fx – Mad Apache/Strokes which is a crazy jungle record that I’d love to play out and George Marsh’s Marshland which is a breaksy jazz record that I discovered in a forum.

A salted caramel brownie with a fresh cup of black coffee.

It’d be the Very Hungry Caterpillar.

Probably the Pat Thomas records I have. It’s difficult to mix highlife in general I think. I’m also not great at mixing with records in anyway so it would actually be all of the records I own if I had to be perfectly honest.

Tier 3 lockdown which means watching lots of films on MUBI, reading books and preparing for my new radio show on Steam Radio. I also bought a couple of cookbooks so I’m gonna make some tasty meals to get me through the cold months. I’m ready to go into hibernation.

Yes, let’s abolish prisons. Not sure how? Check out Abolitionist Futures and Community Action on Prison Expansion on Instagram. They have some helpful resources in their bios which are easy to digest and incredibly interesting!