DJ and producer Sally Rodgers makes up one half of A Man Called Adam, a duo immersed in the Acid House scene of the early 90s who have released records on labels like Acid Jazz, Big Life and Emotional Response. Now, by day Sally lectures at Leeds College of Music and also runs Other Records with AMCA musical partner Steve Jones.

An amazing day this was. A properly mint one. I meet Sally at Peckham Rye station. She has come down from the North in the morning. Fair play. Commitment. I apologise as I smell like McDonalds, she apologises as she smells like cigarettes. Immediately, I know we are on to a winner. The pair of us walk over the road to Holdrons Arcade. Outside of the usual interview conventions we are going to play a two hour show together on Balamii Radio prior to the sit down and photos. It's a dream.

Max Wyatt joins us, he knows Sally from having been taught by her in Leeds. It’s easy to see how Sally could be an inspiration and she plays a number of tracks off the Rain World compilation Max has put together. Even airing a track A Man Called Adam have contributed. Afterwards all three of us cruise down to the White Horse and get down to business.... 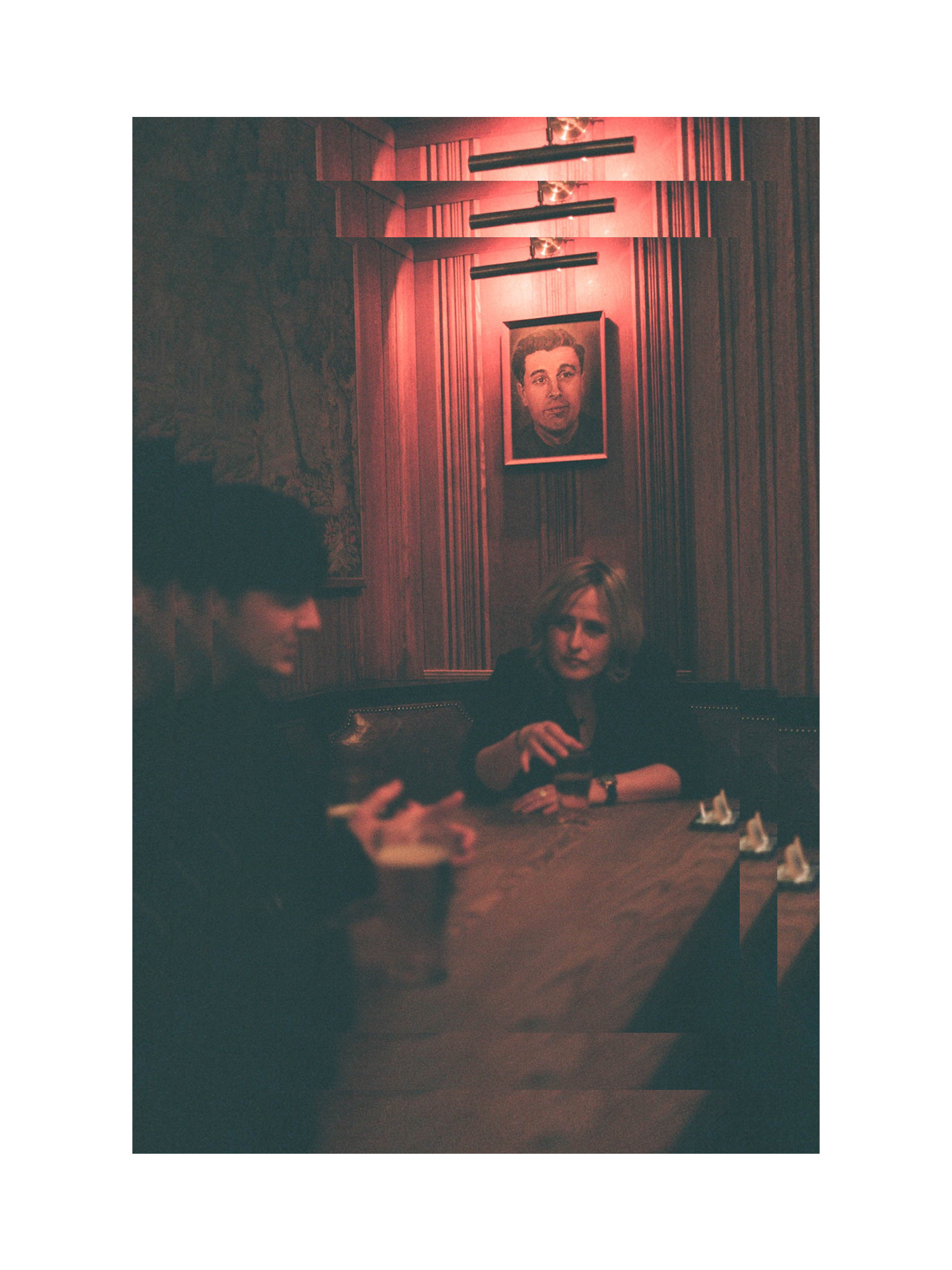 Hmmm. These days it would have to be Brilliant Corners. I love what Amit and Aneesh have done there. I pick records that I want to hear on their system. It was quite new, the audiophile idea. I mean Spiritland have done it afterwards. But they were Mancuso nuts and they were trying to find a way to emulate that, in a way. A friend of ours called Adam Goldstone was a DJ in New York, he sadly isn’t with us now. He used to play at a vinyl bar called Avenue A Sushi over there. I guess that thing has come over here. Also, I am a bit older now and really love the idea of food, wine and music. I have a friend called Ed who owns Brawn. He is good friends with Gilles and those guys. He did the Brawnswood tent at We Out Here. Ed and his wife care about great food and music. I appreciate that more now. If you ask me what is iconic, it is people doing things really really well. People doing things right.

I went to see David Rodigan in Leeds. It was a bit short though. It was really interesting what he did. He would pick on ‘riddim’ and then tell you the history of said ‘riddim’. Play a selection of the versions. It was like a little history lecture. Although I did see a lot during the summer. I enjoyed seeing a Certain Ratio. We supported them at We Out Here and they were the nicest guys.

I really loved the programming at Kala last year. I love Young Marco. He did a set at sunrise. The production and lighting were amazing. It’s quite choppy and changey. I love his productions, he didn’t disappoint. Elsewhere, Jamie Tiller and Sassy J back to back were so good. We were sat eating dinner, I had to say ‘Fuck this dinner’ we need to get closer. Great selectors that obviously know each other well. 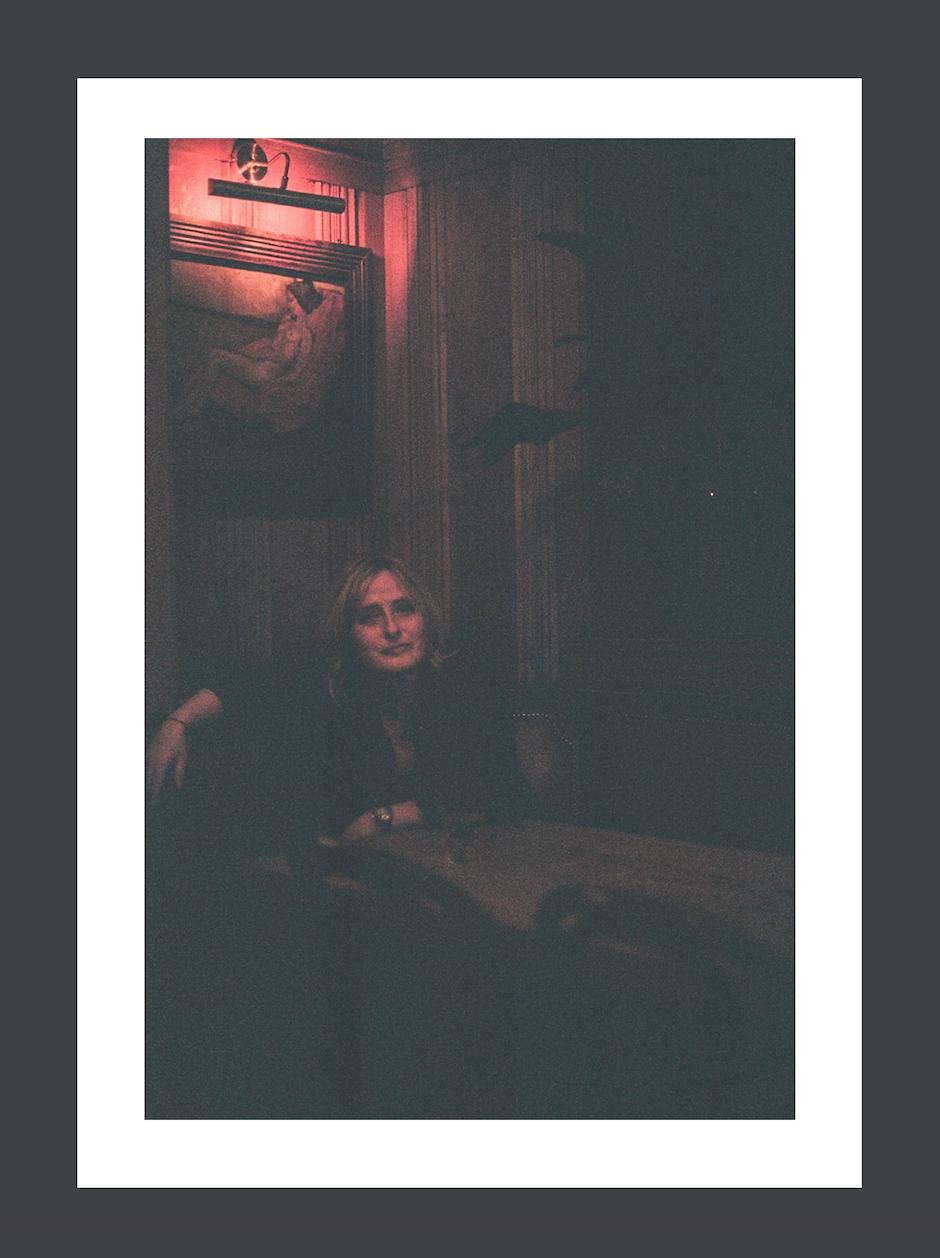 I live quite an ordinary lifestyle. I am not fine dining all the time. But I will big up Ed’s restaurant Brawn. Natural wine is a big part of it. He does amazing things with radishes. I could live on the starters there. It's about the quality of the ingredients.

I bought a French record. Ettiene Daho? Tombé pour la France? I bought it to play at Brilliant Corners and then I lost it. I got back to my hotel later and was sorting my records and it had gone! I also bought McCartney 2 recently. On the way here I grabbed the Uncut Gems, the Adam Sandler soundtrack. It is a little bit too much of a pastiche at some points, like a Wendy Carlos synth pastiche. I bought a couple of bits on Les Yeux Orange and a double album of abstract hip hop by an artist called Vegyn.

It’s quite strange now as I don’t really know any other life. I suppose for me it’s for my mental health. Music is a way to process my emotional life. The great beauty of my life is music. It’s part of what keeps me straight, mental health wise.

How does a longer career in music have an impact on mental health? Are their elements that are tough?

Absolutely! It’s strange as I feel like we are in the third age for us. We’ve had the struggles and the dramas, the writer's blocks, the not fitting where you want to fit, and you battle through all that. Apart from my dog or my family it was music that helped me to feel better. After the recent election I went and listened to Linton Kwesi Johnson, PIL and the Clash really fucking loud, for like a day.

As you get older you feel the responsibility of having had that blessed journey and experience with music, so now it is about doing the right thing with the blessings and gifts that you have had over those years. You sort of transcend yourself a bit. It’s always been about my sadnesses and happinesses, now you want to come above it and give in a way somehow that acknowledges your gratitude. Life is a constant revealing and renewal of self, every day. Steve and I have been a wonderful partnership. He is a lovely, nice guy to the bone, I am not so much all the time. That’s our friendship, it’s a lovely balance. We are comfortable in our own skins and now it’s time to give back. 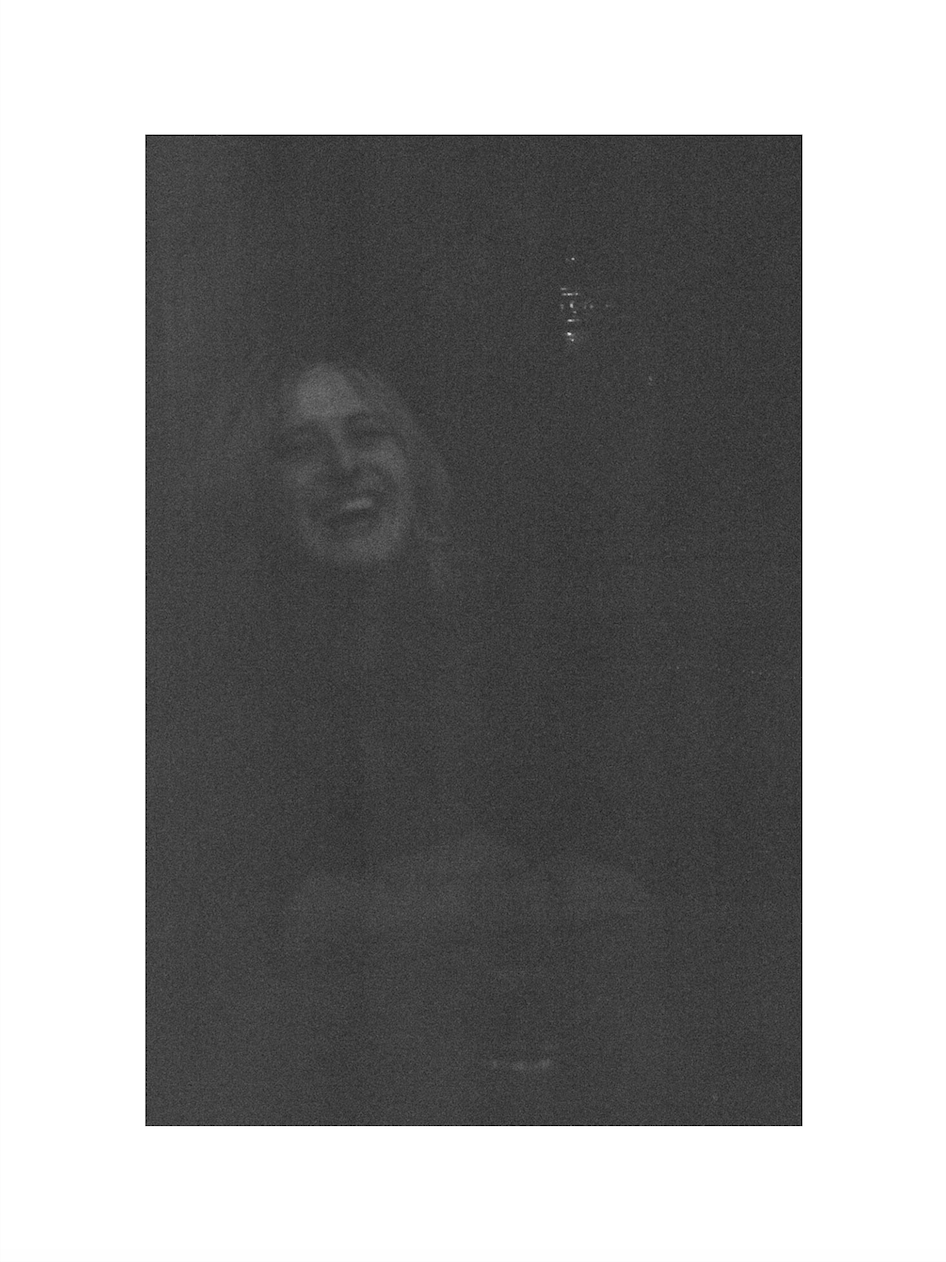 I don’t know. I still feel like I have to prove myself. I don’t take anything for granted and I put the time in. But sometimes I wish that was slightly easier!

'Techno Powers' was our first underground hit I suppose. On Acid Jazz but it travelled well and DJs in the US got it. Centerforce radio, Tonka and The Boys Own lot put us on at their parties. Then Barefoot in The Head was bigger. We did Ibiza 90 with Harvey, Weatherall, The Farm, The Happy Mondays and The Flying crew. Channel 4 made a documentary about the trip called 'A Short Film About Chillin’ and that set us in people’s minds as "Balearic". I think even a younger audience who weren’t old enough to go to raves and participating in the Acid House thing at that time watched it and that gave us an audience we could grow up with.

Radiohead. Glastonbury 2003. They played loads of their ‘hits’ and album tracks but there were big proggy, experimental, seven minute solos with Johnny Greenwood messing with feedback pedals and Mellotrons and all sorts of analogue kit. They seemed like a continuation of that really British tradition of progressive rock, Pink Floyd, Genesis, Hawkwind etc. Amazing. I’ve seen them since but they were top of their game that night.

In the early naughties we signed to a label called Pagan who were very ‘indulgent’ of us. They asked who we wanted to guest on our album and we said Brenda Fassie. A huge star in South Africa, important in the anti-apartheid movement, only sings in Zulu dialect! They said yes and brought her over. To have her in our junky studio in Hackney was just thrilling. And when she opened her mouth to sing we both cried. Actually tears pouring down our faces. Such a raw, powerful sound. Like all the struggle and all the joy right there. She died two years later of an overdose and we cried again. RIP Hurricane Brenda. 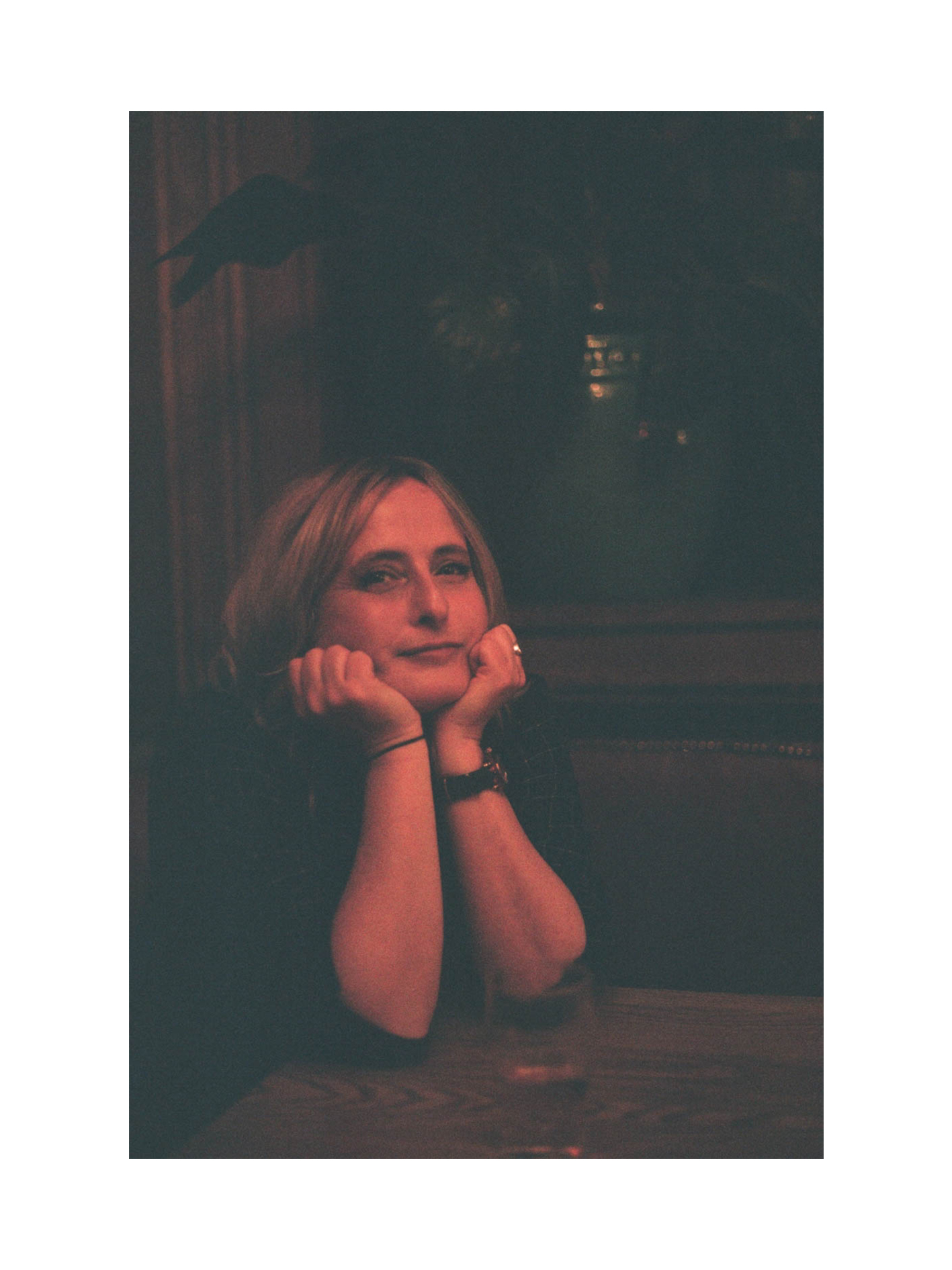 Well for us it used to be Pirate Radio. Just hearing the raw energy of the city’s musical communities pumping out. And it’s the same now with stations like Balamii and Netil I guess. It keeps the energy flowing.

I always check what’s on ESP Institute, Music From Memory, a few others but I follow artists more and they label hop. Moscoman, Jan Schulte, Young Marco etc… I like Light in The Attic and labels that curate great collections. My friend Kate works at Fire records and she sends me great Indie stuff on vinyl.

Kelis – Hooch. I was watching something on Netflix and it was on the soundtrack so Shazamed it.

We have been rummaging and mining our back catalogue. The hard disks, hard wear, tapes, dat tapes, mini discs. We have been fishing around in it and it’s been exhausting, like going through an old cupboard. The work that you create is inextricably linked to a time and place. We have been doing this as we are going to release some rarities and oddities albums. Although most things we have released could be described as rare and odd! There are also plans for a 30 year anniversary of the Ibiza 90 event and film later in the summer. We’re all heartbroken that Andrew won’t be there but knowing Ben and Charlie who are organising it there will be some sort of amazing tribute. He’s part of the Acid House DNA for all of us.

Commit to it. Put the hours in. Then the rewards will follow.