"Collaboration is key for me and I want to help reflect an artist's vision through the label, in a way that is meaningful for everyone involved.”

"Collaboration is key for me and I want to help reflect an artist's vision through the label, in a way that is meaningful for everyone involved.”

Several DJs have graced the NTS Radio waves since the independent station launched in 2011. Chloe Frieda is one of them.

During her time at university in Washington she got her first taste of radio on KUGS.FM. Keen to continue this after moving back to London from the US, she contacted the station and was given one of the last remaining slots at the time. Starting out as a weekly show, Alien Jams satisfied Chloe’s love of left field electronics, both the forgotten and the fresh.

In 2014 she launched Alien Jams as a label; it felt like a natural extension of what she was doing at the station. At the time there weren’t many women heading up labels too which only spurred her on more to take on the challenge. 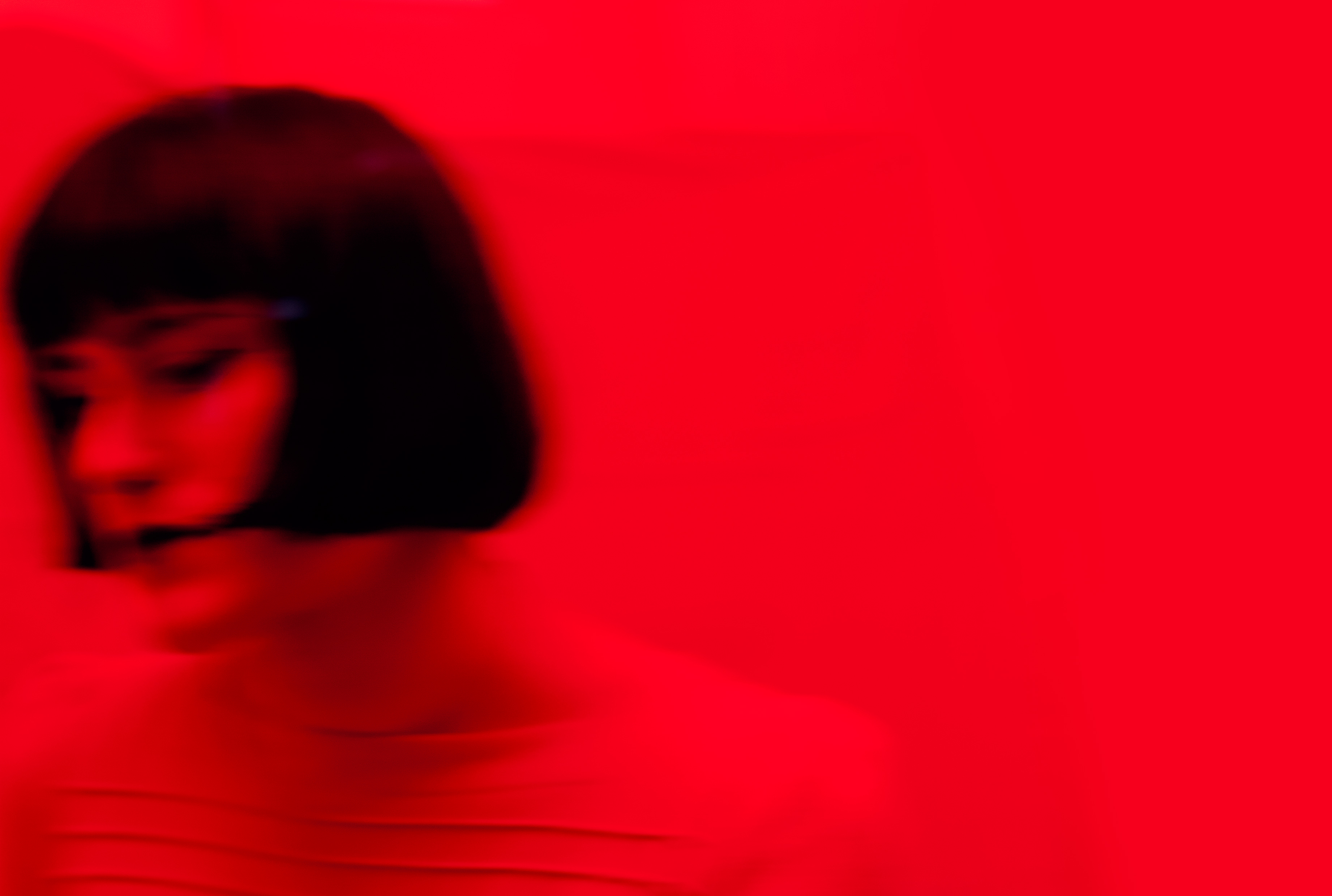 “I met quite a few interesting musicians over the years who either guested on my show or were part of the local scene. It seemed like an exciting challenge to start a label and something that seemed to make sense at the time, it soon became an all consuming hobby that later took on a life of its own.”

Her objective was, and still is, to provide a space for emerging artists, and local talent too, people she believed in and felt deserved some shine.

“It started with the goal of creating a platform that I personally wanted to see in London, it was a way to work with local artists, often with the aim of supporting new musicians and helping to share their music. Since I started the label it has constantly been evolving and changing.”

Her first release came from oMMM, the project of London-based musician Edmund Davie and the man behind the ‘bedcore’ genre. It was an analogue experiment using tape work, synths and drum machines that set the tone for the themes she wanted to explore with the label. For Chloe, this inaugural release holds a lot of sentimental value, marking an important moment for what was to come.

Of course there’s a story behind every release she’s put out; each one bringing with it an opportunity to collaborate and nurture someone’s creative vision. Since oMMM, she's worked with a diverse roster of artists including the likes of Beatrice Dillon and Karen Gwyer, rkss, Wilted Woman and YAWS, who delivered the latest instalment on the imprint last month.

“Each release I have worked on has been a totally unique experience, I think communication is a key part of things. Often a release will come to shape through a lengthy correspondence and it will usually turn into something beyond what I could have imagined on my own, I'm lucky to have worked with some amazing artists. Collaboration is key for me and I want to help reflect an artist's vision through the label, in a way that is meaningful for everyone involved.” 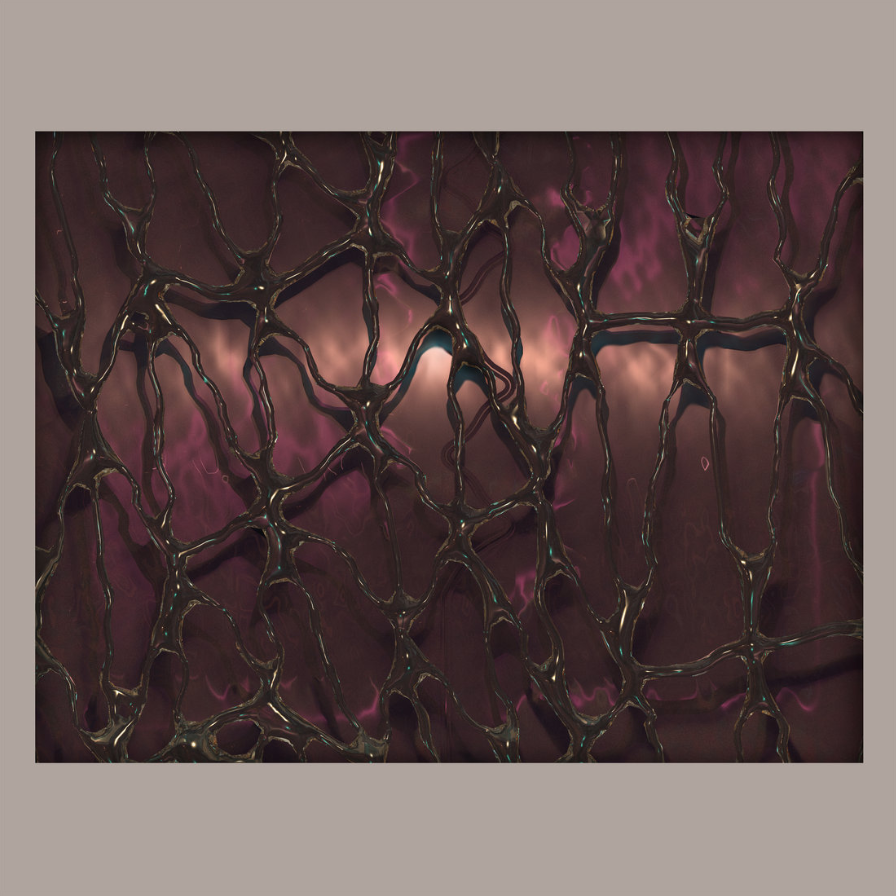 With Alien Jams you can feel the relationship Chloe has with the artists is very much a two way street. It doesn’t start and end with the releases, her Alien Jams parties, which have seen her take over Cafe Oto, The Glove That Fits, Bleep's pop up and Grow, usually showcase the artists who are part of the label. She hails some of these events as personal highlights over the last eight years...

"Our Bleep In-Store earlier this year was a special evening, I felt really grateful for the incredible support from the community on this night. Our seven year anniversary last year at Cafe Oto had a similar feeling, being surrounded by so many artists that have made the label what it is. There are also little moments that are really touching, when someone randomly purchases the entire vinyl discography, or when a radio listener gets in touch after following the NTS show for many years." 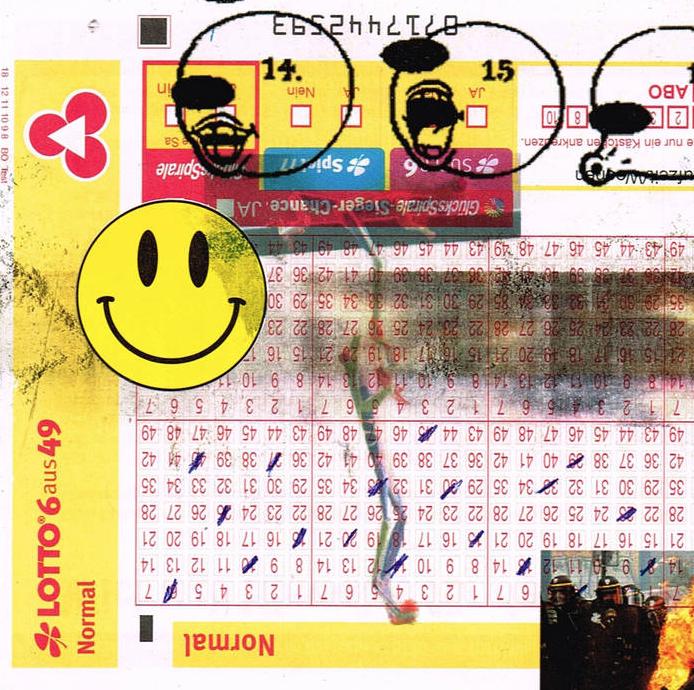 It may be the fifth anniversary of the label this year, but Chloe admits she is constantly learning and discovering new things.

"What I've learned is that every label is very unique in the way it operates. I taught myself by means of trial and error when I first started the label, which at times was overwhelming. There's a lot that goes into each release that isn't necessarily apparent from the outside, I don't think I fully understood how many hours went into running a label, even on a small scale. It's always a learning process and I find myself constantly thinking of new ideas and searching for new and interesting sounds."

This year marks the eighth anniversary of Alien Jams and from the sounds of it Chloe has plenty more in store...

“We are hoping to do two more releases this year, and three more live events in London, this will perhaps be our busiest year yet. As far as releases go we're interested in finding new creative ways to release, experimenting with formats and new contexts for live performance. Our next event is on September 1st at Cafe Oto with Wilted Woman, Nick Klein, Container and Davey Harms.” 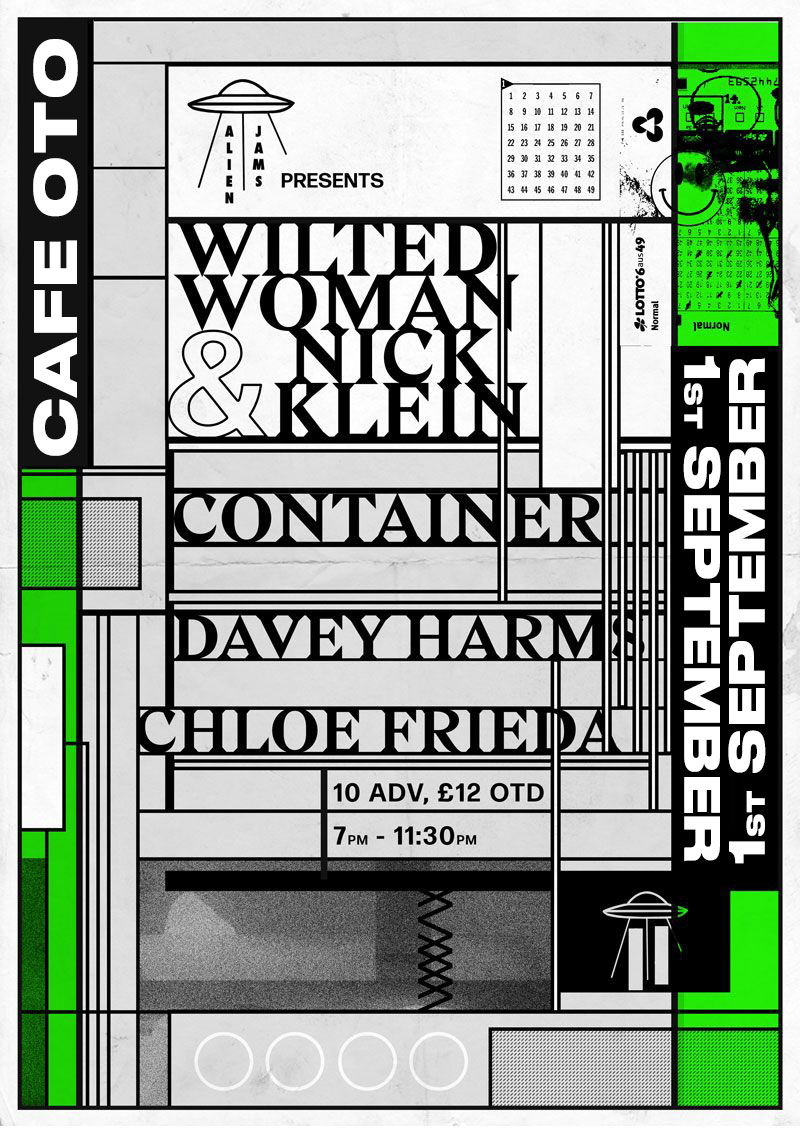