German artist Daniel Herrmann aka Flug 8 returns to Ransom Note Records this week with Hypnotische, his second release on our label and the follow-up to 2017’s Leuchtkraft. Having also released on imprints such as Smaul and Disko B over the past decade, he’s amassed a small but powerful catalogue that’s situated in the liminal spaces between kosmische, ambient and minimal techno.

Acting as something of a time capsule from the recent past, the material that comprises Hypnotische actually dates from the same late ‘00s period that gave birth to Herrmann’s debut album Trans Atlantik, when he was living in the industrial heart of Offenbach. Having frequented the city’s Robert Johnson club since it opened in 1999, Herrmann later became its art director, a role he also performed for the Playhouse/Klang Elektronik label family, whose basement office/studio complex played host to a vibrant musical community including such figures as Roman Flügel, Ata, Losoul, Acid Pauli, Jörn Elling Wuttke and the late Heiko MSO.

By all accounts it was a crazy time; a whirlwind of drugs, music and sleep deprivation that initially fuelled Herrmann’s considerable creative energies before leaving him burnt out and homeless. From celestial highs to crashing lows, Hypnotische reflects these emotional extremes by enveloping the listener in its beguiling soundworld. Despite being assembled from a patchwork of archival recordings, it offers a remarkably rich and coherent listening experience. Any notions of this being a mere exercise in ‘clearing the vaults’ are dispelled as soon as you hit play, although fans can also look forward to brand new Flug 8 material set for release later this year. We caught up with Hermann over Skype to talk about Offenbach, addiction and the importance of community.

Listen to a brand new track from the release below:

"The material that became 'Hypnotische' dates from 2008-09. It was an interesting time because Offenbach had a lot of things going on for a small city. I was studying art, working as a photographer and also as the visual artist for the Robert Johnson club. Acid Pauli was releasing my first record. There were a lot of drugs and other excesses. Since leaving the city, I’ve been living in nature, and I’m more influenced by the good air and special people like my girlfriend or my neighbours. Back then it was a nice time, but it was also really crazy." – Daniel Herrmann

Who were some of the other artists living in Offenbach?

"Guys like Jörn Elling Wuttke and Roman Flügel, who recorded together as Sensorama. I was really close to Heiko MSO, who died two years ago. He ran the Playhouse and Klang Electronik labels, and introduced me to Michael Laven, who was an excellent producer and invited me into that world. He moved into my place, so we were living together and also producing lots of music in the basement studio where the Playhouse/Klang Elektronik office was. Heiko also had his own studio which housed 50,000 records. We’d go there after the club, taking drugs and listening to music for days and days. Then I’d head back to my small industrial studio and work on my music."

Which drugs were popular at the time?

"I was addicted to cocaine and speed. It felt normal because I was hanging out with other people who did them too. So many people around me were junkies [laughs] but I want to be honest because it’s good to talk about it. I’ve been clean since 2010. I don’t want to forget those times because they were also really inspirational. I’d been going to Robert Johnson since it opened in 1999. I started taking pictures there, and ended up doing it regularly until 2006, without taking any drugs. By that time I wanted to know how it felt to be on drugs in combination with the music. At first, it was nice to stay awake for three days and be making so much music! In the end, the drugs took away all the energy they’d been giving me, and I realised that I was addicted. Lots of bad things started to happen. I didn’t have money to buy food, I didn’t have a home and was moving from place to place… it was absolutely horrible sometimes. I felt crushed down, and the only thing keeping me alive was making music and art, taking pictures and still being part of a good community."

What do you remember about making music back in those days?

"I’ve made music my whole life. As a boy I played piano and flute, and I had a job as a church organist. When I was 16 I played drums and guitar in a few punk bands. I also knew about synthesisers because my grandpa built electronic organs – so yeah, music was in my life from the beginning. By age 19, the bands I was in split up because everyone had more important things to do. I was studying art, having exhibitions and starting to become successful with my photography. I was also touring a lot with other bands, but I was just the person taking pictures of the artists. It was hard for me to have no music project in my life. I realised I wanted to make my own music, so I bought my first drum machine in 2005, and combined it with a cheap synthesiser, an 8-track mixer, two monitors and a tape machine. This is the same setup I used to record the material that later became 'Hypnotische'. I went on to buy an Akai MPC and a Korg Electribe sampler. I couldn’t stop making music, I was infected! Then the drugs started coming and Flug 8 was born [laughs]" 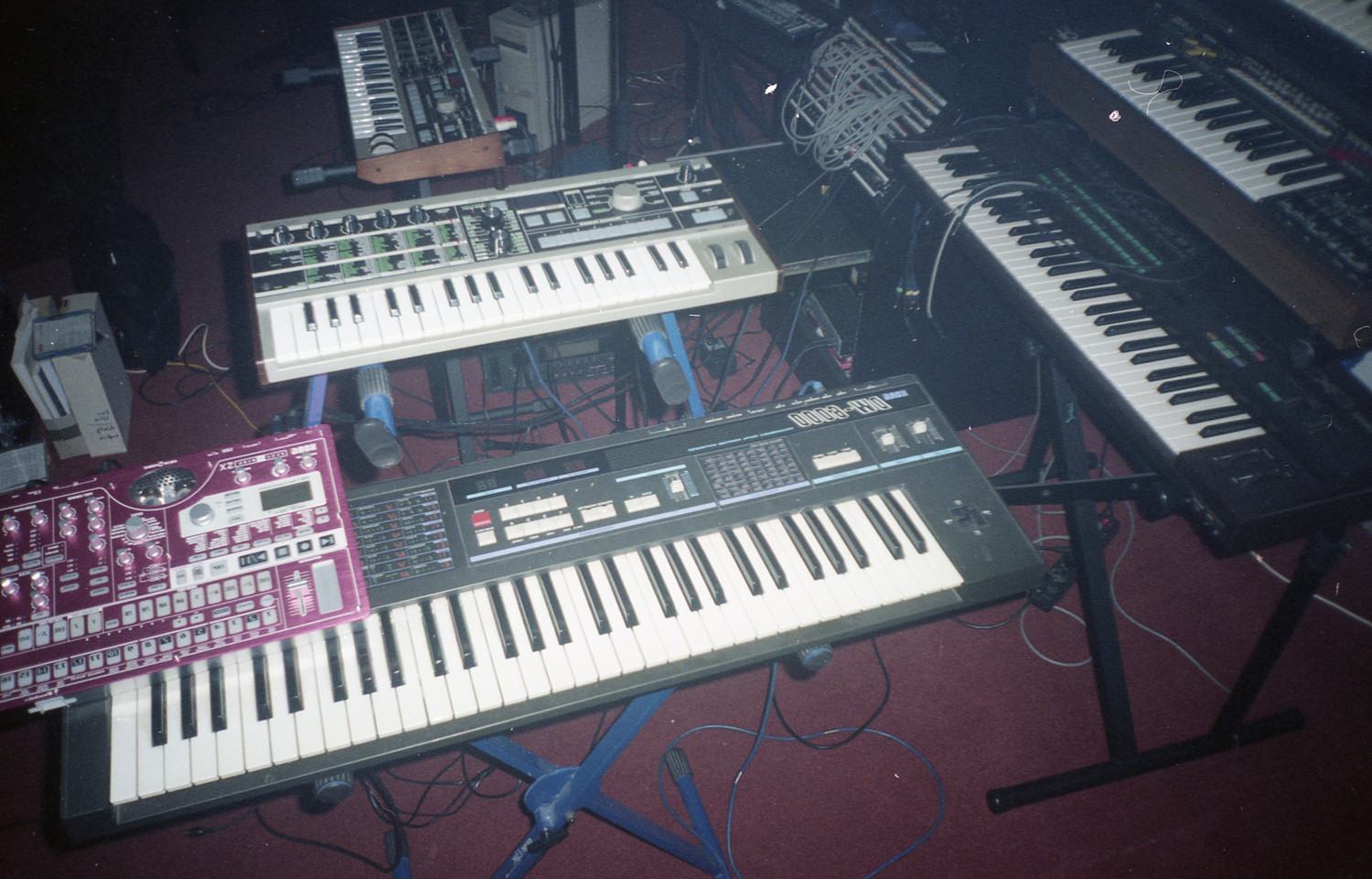 Is this the same time period that Trans Atlantik was made?

"Yeah, the material from Trans Atlantik is also from that time. Later on I was playing regularly in Munich at Acid Pauli’s residency. Upstart [aka Peter Wacha], the Disko B label owner, saw my live act and asked if I had any material for an album. I had 50 tracks, and he mastered half of them because he wasn’t able to decide which ones he wanted. That album came out in 2014, and some of the other tracks went on to become 'Hypnotische'."

Tell us a little about what Offenbach is like as a city.

"I lived there from 2000-2012. Towards the end it started to change a bit, but it was really rough and quite sad, with too much aggression and lots of people out of work. It’s really dirty because of all the industry. Not the nicest place to be. Most people who live there don’t know any different, but I have the other perspective. Coming back to Offenbach, I get headaches from the bad air, the crowded streets, all these stupid people that have nothing to do with their life. I have a love-hate relationship with the city, but it was an important stage in my life, and the environment around my friends was really strong." 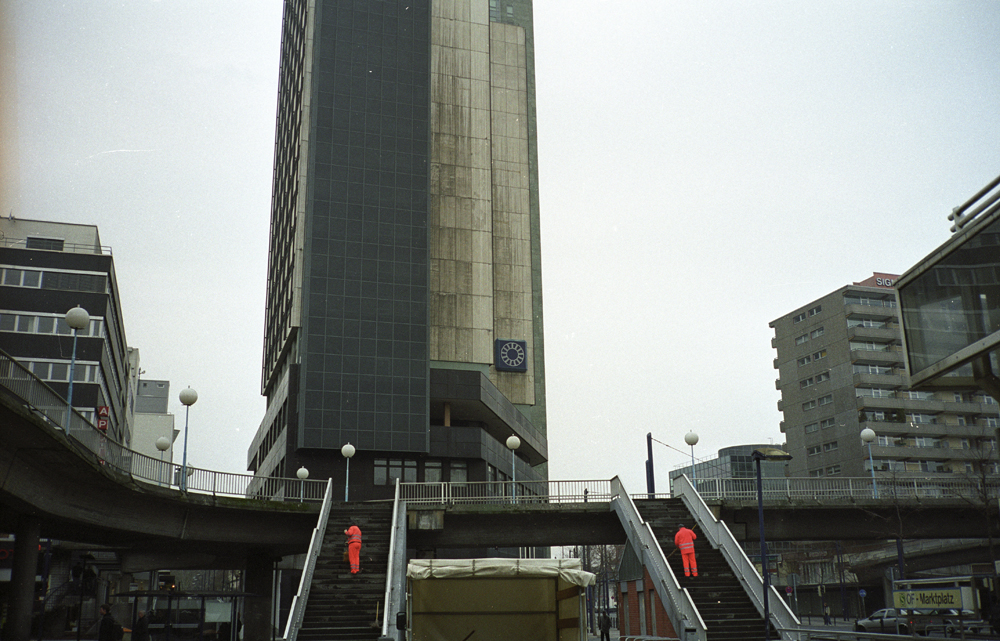 Do you think the city’s character is one of the reasons why there was so much good music being made?

"Of course. There was also lots going on during the time before I arrived there. Offenbach is quite connected to Frankfurt – if you flew over in a helicopter you’d think it’s one town – but the people from Offenbach don’t like the people from Frankfurt, and vice versa [laughs]. Sometimes it’s a little bit… stressful. To me it makes no difference where somebody is from, but there’s definitely this rivalry."

When you listen to the music you made in Offenbach, does it take you back to that time?

"Yeah, absolutely. I can picture stuff from that time, and I can smell everything, and a lot of stories are going on in my brain. The way 'Hypnotische 'came together, it was sort of a crazy patchwork – we picked out a lot of different atmospheres – but I think it sounds like a whole album."

Pay what you want for the brand new release HERE and HERE.