Out East, North Korea’s Supreme Leader Kim Jong-Un has just ended a celebratory visit to China’s president Xi Jinping. That night, he went to bed deliberating over the nuances of Pyongyang’s willingness to denuclearise and an escalating trade war between China and the US. In a week or so, he will play an amalgamation of eurotrash, 80s sleaze, and nu-metal donk edits to a slew of debauched ravers in a field in Fonaby Top, Lincolnshire, for The Tower Festival.

Only he won’t, will he? That would be preposterous. Surely, the planets could never align so precisely as to catalyse such a ridiculous spectacle. Honestly, the truth is almost as weird. “Let me first explain that I shop online like Trump tweets: late at night and completely unhinged. I didn’t have the intention of being a pantomime Kim Jong-Un, nor do I remember whether I was specifically looking for masks when I went down an Etsy wormhole and the Kim Jong-Un mask spoke to me and I built a North Korean context around it”, Doris Woo explains, when I ask what lead to hiding behind the facade of the Supreme Leader when spinning the detritus of popular culture for confused dancers worldwide.

“There are a lot of things about North Korea which have intrigued me for a long time, both positive (their hermetically-sealed take on pop culture and Dennis Rodman) and negative (the obvious political and human rights problems and Dennis Rodman) – it may be influenced by exposure to authoritarian regimes and military juntas because of where my parents came from.” 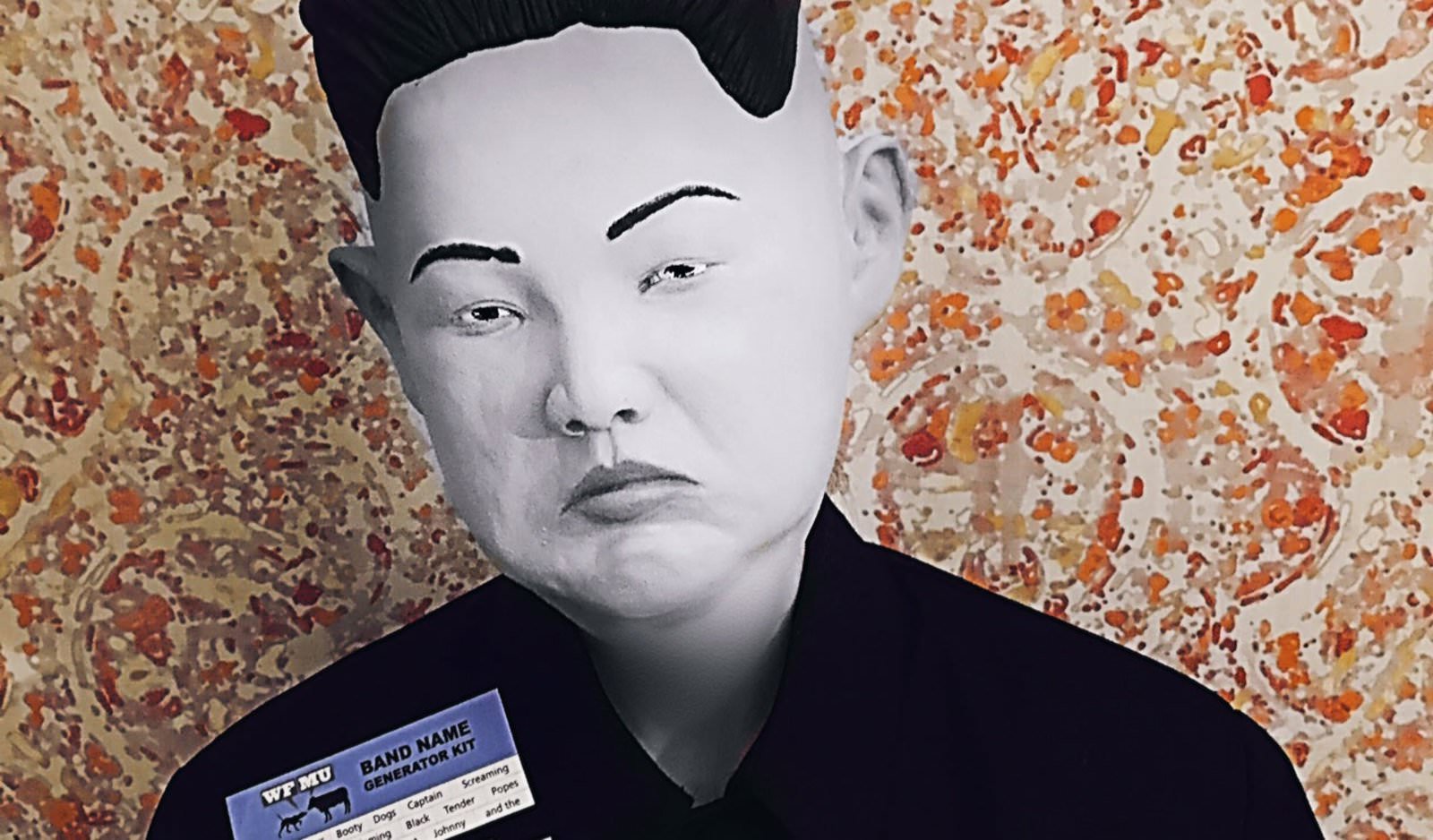 As remarkable as it seems, Woo’s salient disregard for the very essence of taste has caught on. In a big way, too, leading Resident Advisor's Angus Finlayson to neatly surmise the following: “Pissing yourself laughing on the dance floor is not an experience that comes around every weekend, and I would highly recommend it.” Arguably, it was her attitude that paved the way for a small but worryingly prolific half-scene of ironi-donk enthusiasts: DJ Fingerblast, Daddy Long Legs, Royal Tweedy, the Chin Stroke Records gang et al. Their spiritual home: The Bang Face Weekender, an annual gathering of light-hearted eccentrics. It’s a neo-rave utopia that’s previously hosted Aphex Twin, Shitmat, and everyone in between. It can be found in Southport’s branch of Pontins in mid-March.

On her association with this ‘movement’, she says: “I love playing ironi-donk but it’s more accurate to regard me as an outside admirer of its resurgence. I’m usually the last to know about anything else happening outside of the Bang Face Weekenders. Although this makes me feel I operate slightly outside the scene that Planet Fun and Off Me Nut are in, more power to them carrying on with the DIY spirit of Shitmat and his Wrong Music parties. There’s obviously a growing audience for anything weird and wonderful, so why not? Everyone should go to their events; the music and vibe are guaranteed to be pure fun and unhinged.”

So. Plenty to unpack here. The essentials are that Doris Woo dons the mask of North Korea’s current dictator-in-chief to play the most hilarious and most disorientating electronic music the internet's deepest canyons have to offer. It’s only natural to want to know in as much detail as possible how she arrived at this brilliant place. With a sincere, un-ironic background in the techno and gabber of the 1990s, “about 90% of what I know about donk came after I met and performed with the likes of Dettweiler, Shitmat and Queerhwak and anyone who has ever been affiliated with Chin Stroke Records”, she explains. This, though, only really tells half the story. It’s no stretch to say that her understanding of the visceral bodily glitch that is laughter is an enormous facet of why her seemingly random cross-pollination of influences is effective. In fact, at the risk of sounding pretentious, she takes humour fairly seriously. She seems to view it as an immediate way of forming a connection with a crowd, akin to that of dropping the perfect peak-time track at the perfect moment.

Woo has previously spoken on how she constructs her sets like a comedian would construct theirs. I want to know more about this approach. “A few weeks ago, I was crazy and/or stupid enough to go to San Francisco for Clusterfest and spent three full days watching comics (and then played for The Stud’s 52nd birthday before returning home and semi-stalking Jinkx Monsoon to Birmingham). It was especially interesting to watch people who performed multiple sets over the weekend pay attention to how they switch up their material, whether it was tweaking bits over multiple sets, or even going along with an unplanned situation and riffing during an entire show on it, like Michael Che abandoning his entire routine to rib a nervous teenager squirming in the front row.”

“From my early teenage years, I started with Monty Python, George Carlin, Emo Philips, Chris Rock, Bobcat Goldthwait and Steven Wright, all of whom informed the misanthrope that I was during the second decade of my life. My favourites in adulthood include Glenn Wool, John Mulaney, Tiffany Haddish, Michelle Wolf, Neal Brennan, Daves Chapelle and Attell, Trixie and Katya, and I’ll also throw in comedy producers such as Eric Andre, Tim & Eric, Peter Serafinowicz and Robert Popper.”

Maybe I’m wrong – or just reaching a bit far – but it’s always seemed to me that a good DJ’s job is similar to a standup’s insofar as reading, responding to and interacting with a crowd. With that in mind, I ask for what sort of partygoer the DJ Bus Replacement Service effect works best. “I agree with your comment, although my ability to read and respond to a crowd is somewhat limited because I can’t see or hear the crowd in my DJ uniform – a blessing literally in disguise,” she hilariously reveals. There’s something weirdly endearing in hearing her refer to the mask as a ‘uniform’. “I’m happy to play in anywhere people enjoy whatever I do as much as a partygoer can. I feel like my reputation precedes me now, somewhat. This makes me more conscious about not only surprising people who have never heard of me, but continuing to deliver that element of surprise to people already familiar with me.”

To ask what comes next barely feels worthwhile. For one thing, with a project this erratic, there’s every chance that Woo has no idea. On the other hand, it couldn’t matter less. As I edge in this question, she does my job for me with an impeccably on-brand answer. “To paraphrase practically every sumo wrestling post-match interview ever, I will do continue to do my best, most crowd-pleasing DJing. That will take the form of festival debuts at The Tower and Unsound, as well as new material for Freerotation (including a yurt-friendly set performing as Little Baby Cheeses with Surgeon).” She’ll have to take my word for it when I say the future looks bright for DJ Bus Replacement Service and those with an aim to shatter the techno stereotype's noirish pretension. I mean, it's not like she can see it.