There is a humble warmth to the handshake of Jack Revill, a nod of the head and a cheeky smile to follow, all on a bleak Monday afternoon in London. The grey skies outside are unusually out of tune with the season and are somewhat reminiscent of the moody North of which we both call home. However, this is not a sad day, no – far from it. Celtic have just beaten Rangers 5-1 and spirits are high…

Jack, whom is better known by his dj alter ego Jackmaster, is somewhat of a local celebrity in Glasgow. His rise to international recognition is nothing short of remarkable considering his humble beginnings as a youth growing up amidst a city in which inspiration and opportunity can be hard to stumble upon. Some might say that there is an element of chance and luck to his prominence – right place, right time? Perhaps. However, it is hard to deny his infectious personality and unrivalled talent in the booth.

Growing up in the city Jack was not offered the easiest of upbringings and has shared this openly to an admirable reception. Music offered an outlet and an escape from grief, strife and self destructive behaviour. It allowed him to embrace an exterior realm in which forward thinking progression was encouraged – the soundtrack came in the form of Lory D, Drexciya, Jeff Mills, Juan Atkins along with whatever music was being championed and pushed in Glaswegian institutions such as Club 69 and Rubadub at the time.

Rubadub has always acted as a cultural hub of sorts for the Scottish music community, at least so for those interested in dance, electronics and the strange. The influence of the shop is hard to surpass and it would be difficult to imagine the city's musical landscape without such a unified centre in which knowledge is shared and pretension left firmly at the door. At the beginning this was due to the wholesome, welcoming attitude of the pair behind the store, Wilba and Martin. However, in the present it as much a testament to those who work there and the ethos which has been instilled firmly within the four walls of that small shop on Howard Street.

Prior to his prolific career as an international disc jockey it was here that Jack was taught the tricks of the trade. Something he is firmly grateful for.

"I was sixteen when I first started working at Rubadub. Me, Calum and my mate Jonny had this insatiable appetite for this new, alien music which sounded as though it was from a completely other dimension. We'd be buying records in Rubadub that Martin that was feeding us. We'd then go to Club 69 early doors as soon as it opened to see Martin, that was one of the best bits of the night. He'd be playing all these records that he'd just sold us. I was very much brought up and nurtured by Rubadub when I was a kid so it's naturally instilled in me to want to bring up kids from Glasgow now."

Jack makes reference to Club 69, an infamous low key venue in a town on the outskirts of Glasgow which played host to some of the biggest names in electronic music for so many years. Off the beaten track and amidst the backdrop of a troubled community it couldn't be further removed from the glamorous sunset culture of Ibiza and Miami Jack frequents so regularly in the present. Each weekend a bus load of Glaswegian punters would make their way down the motorway for a bizarre trip through Detroit/ Chicago and beyond… via Paisley.

"It was in the basement of a curry house, the guy who ran the bar was the owner of the curry house upstairs – him and his son. You'd get a can of Red Stripe for two quid so it was cheap. You'd have guests like Lory D or Dj Bone. In fact we saw Dj Bone the day after James Stinson from Drexciya died, who had been one of his best friends, he played a Drexciya medley and at that time we were obsessed with them. We still are… You'd hear some stuff you were familiar with and then the other stuff we'd bank in our heads and go straight to Rubadub the next day to sing the tracks to Martin. We called it techno karaoke. We'd sing the tracks and he'd go through the racks in the shop and be like 'that's that one, that's that one' etc. We'd always ask for two or three copies, we all needed it and if they didn't have it or we didn't have enough money we'd make sure we bought all the records between us before going up to Calum's house to mix these records for hours and hours on end. Those were fuckin' magical times becuase everything was fresh, everything was new."

It's hard to emphasise the importance of these experiences for Jack. Often people recall their first memories of nightlife, their first experiences of parties and clubbing with a sense of fondness. However, for him this was something more – he saw an opportunity to escape from the harsh insecurities of life as a teenager in what can be a fairly gruelling city at times. Beautiful, charming but gruelling.

"People often ask if you could rewind to any moment in dance music what would it be? Obviously people say Paradise Garage and The Music Box with Ron Hardy, whatever. I'd go back to something I've already done, which is Club 69. It's also related to those first experiences with drugs, they change your life. Whether people are into drugs or not they can do that. As a young, intimidated, insecure sixteen year old kid those were the type of things which helped me form bonds with people that I still hold very dear to this day. I found all my best pals in the world through music, through one way or another through music. In those clubs there were just so many like minded individuals and all walks of people, what we had in common was good music." 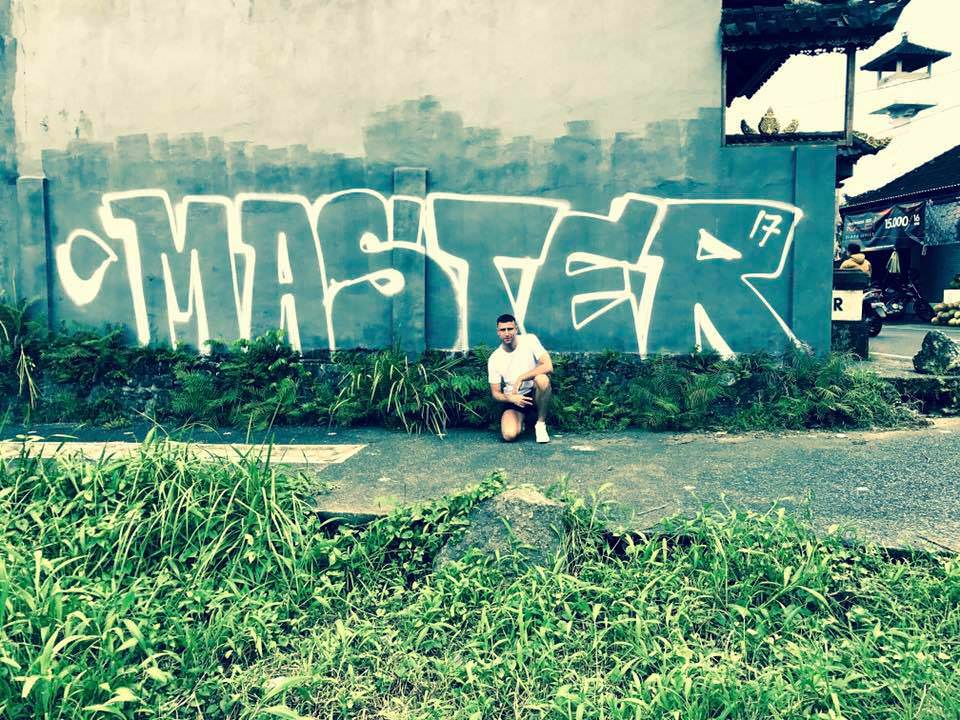 In the present day, Jack is as dependant and reliant on these experiences as ever. This is what he knows the role of a disc jockey to be and accepts no compromises. His musical foundations are as prevalent now as they were back then… However, the world around him doesn’t necessarily hold the same ethos or code and there has been much discussion as to the selective process and the knowledge base of his peers from within similar circles.

“I know for a fact that there are dj’s earning a living who don’t go into record shops, they’re sitting on the identification of music group and typing in my name, Ben UFO’s name, Joy Orbison’s name and Hunee’s name before jumping on Soulseek and grabbing it. I know that I found these records by going to the record shop and earning my stripes. That’s not to say people ‘steal tunes’ or ‘steal my tunes’, you can’t steal a tune, music doesn’t belong to anyone. However, I just think that if you are getting paid to go out and do this job and paid very, very well then what are you doing sitting on your arse. Go out and find the records that nobody else has got, go and spend two hours or a whole day in an old dusty record shop and find this stuff because it’s what you want to do or because you have a passion for it.”

Such outspoken honesty can be difficult to find amidst an industry which tends to shy away from public conflict. Many like to throw their weight behind the scenes yet few are prepared to voice opinions under the scrutiny of the wider world. Jack has never been one to disguise himself behind the curtain of social media or pretend to be someone he’s not. He’s under no illusions that this has played a role in his continued prominence as a disc jockey.

"I've changed so much from when I was younger, I was never a dick but i'm now a lot more aware of other people. I'm incredibly grateful to be in this position. I see dj's saying no to photographs with fans but for me I can't do enough for my fans and the support I get. Especially in Scotland, it doesn't matter whatever gig I go to: Dubai, Thailand or anywhere there are people with Scotland flags and Celtic tops. They've pulled me out of so many holes."

When asked how he feels as to the concept of having 'fans' Jack retorts with a wry laugh. It's the first sense of vulnerability to emerge throughout our conversation.

"When I have to refer to my 'fan page' I cringe a little – it's a bit wank but this stuff is a necessary evil these days unless you are Ricardo Villalobos or whoever. I rely on these things because I don't make music and rely on these things to communicate with them. For me it's always been about interaction, it doesn't matter if I have less fans than someone but I want to have comments on my things to see what they're thinking and just talk back to them, a lot of nonsense most of the time. I'm under no illusions that I get booked for a lot of things because of my personality or whatever but I need social media to help get that across. It's about being as honest as possible when it comes to what I do."

It's funny, having met a lot of faces amidst the world of electronic music there are few who manage to radiate such positivity. For a man who has been on the road for such a long time, managed a sprawling array of hurdles along the way and spent a long time under the scrutiny of the public eye he remains remarkably positive. This isn't just a job, a phase, a duck in duck out. This is Jack…for the foreseeable.

"Music can send an important message, if you can teach kids in their formative years then you are golden. Hopefully when i'm older I won't have to make money as a dj and I can do it purely for fun. That's what it's all about, it's the whole reason why I got into this, because it's fun and because I liked to dance. I was the first person on the dancefloor and the last person out of the club – even when we were at Club 69 we'd be doing rock, paper, scissors as to who would run to the bar because we didn't want to miss a beat. I want to be doing this when i'm older but not jaded. As passionate as I was when I was 16…"