To an outsider, South Africa’s music sphere appears volatile and unpredictable. The cultural hangover that the apartheid left in its wake rendered individual scenes divisive at best, and insular at worst. As such, it’s fascinating to hear DJ Lag imply that gqom, the hybrid strain of South African house that he played a singular role in proliferating, had to break out internationally before receiving even a modicum of attention in South Africa outside his home city of Durban, where he and a band of peers laid its foundations.

“For me, it really helped because when the international crowd started taking note of the sound, gqom became a big thing in South Africa as well. People who didn't know about gqom in South Africa got word of it because of the international exposure, and they started searching for it, trying to get the music, and it became a big thing in the past two years”, he explains. 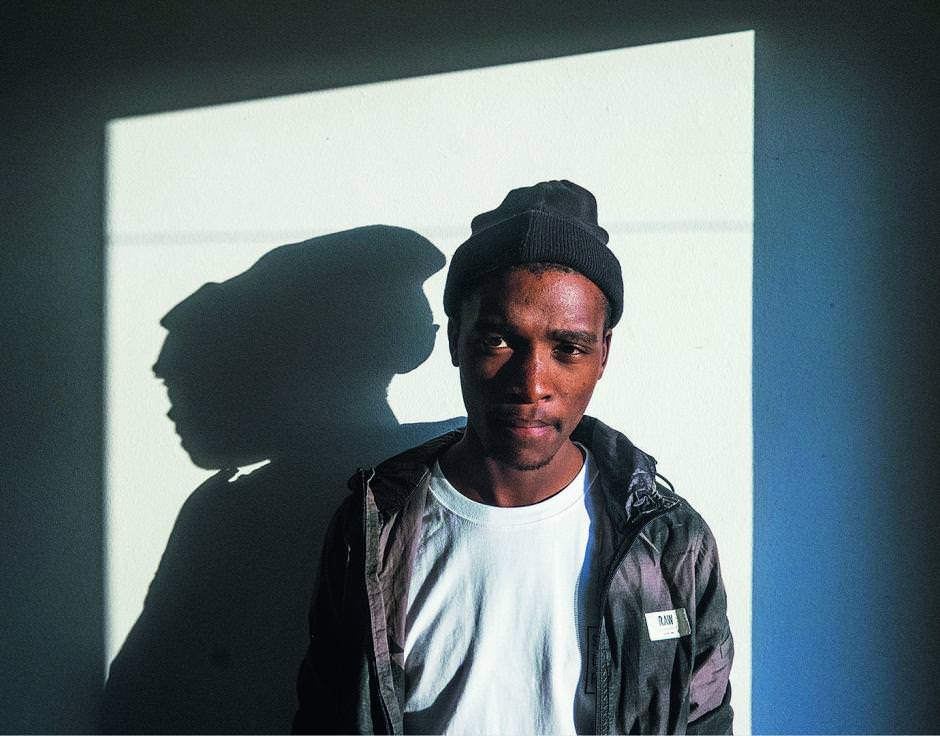 It’s been a couple of years since gqom first made the headlines. In 2015 its international hype compounded tenfold, as tastemaker and Hyperdub mastermind Kode 9 had begun to incorporate the sound into his sets after an introduction by South African-born Hyperdub signee OKZharp. This push thrust gqom into what relative limelight these pockets of electronic music can offer, and the genre caught the attention of Moleskin, who operates Goon Club Allstars; the London label responsible for Lag’s first release proper. He has previously spoken humbly of his disbelief that a label from outside Durban would even hear his work, let alone release it.

And yet, occupying a void between raw and refined and provoking a more bodily response with each new track, Lag’s brand of gqom has  since catapulted him to notoriety on the international circuit. It’s been around two years since gqom broke out, and I’m intrigued as to how it’s international communities of avid fans have influenced its communicative effects back home. He simply states:

“When people from South Africa found out that a South African genre was being played a lot internationally, that's when they woke up and started taking notice of it.” 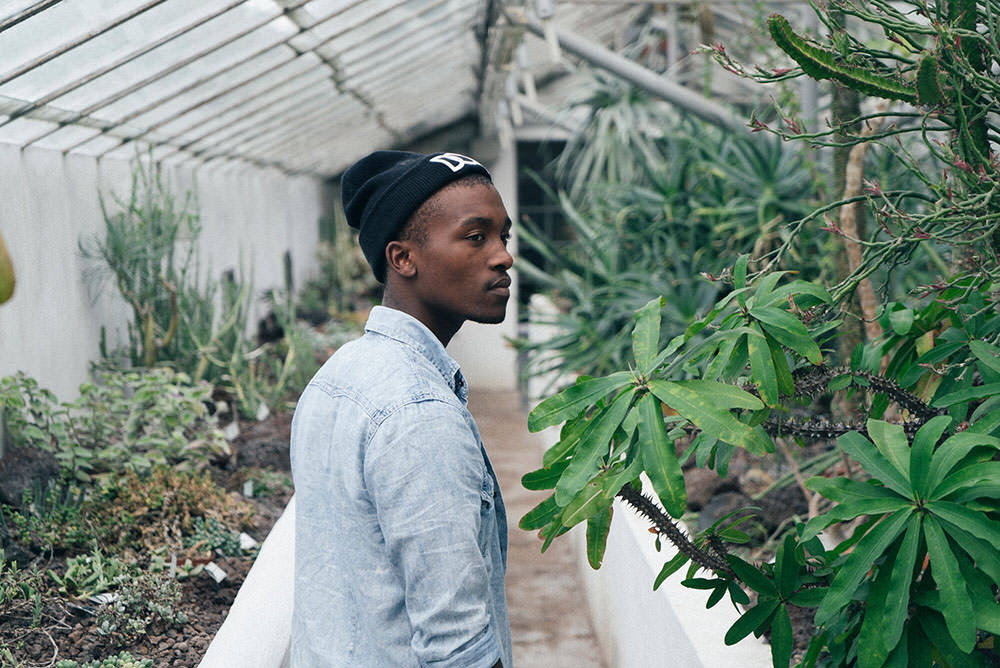 This statement speaks to a wider, deeper paradox that seems to plague contemporary musical styles with their roots in South Africa. In a recent conversation I had with DJ Okapi, he spoke of the strange reticence South African music fans have towards music that originates from their home. Perhaps an amalgamation of nuanced sociopolitical reasons is to blame, and yet the same story is told of each widely adored South African export: they must prove their worth internationally before finding their footing in their country of origin.

However, thanks to the tireless graft of DJ Lag and his contemporaries Rudeboyz, Emo Kid, Dominowe and countless others, gqom’s reputation the world over has resulted in its eventual embrace by their home country. Now, “for sure, gqom is getting bigger and bigger. The sound is taking over South Africa. Every club and every radio station – they play gqom” Lag discloses proudly.

The vocal strain of the genre has proven particularly popular, with records by Distruction Boyz and Babes Wodumo enjoying enormous success. The former’s 2017 debut album Gqom Is The Future was even awarded gold certification by the Recording Industry of South Africa as recognition for it having sold over 20,000 copies.

Lag says “there were vocalist growing up alongside Gqom producers, and as we grew, so do they, but I honestly feel like Babes Wodumo brought gqom to the mainstream with ‘Wololo’”. Taking in the trademark gut-wrenching gqom grooves that Lag employs and icing them with impossibly catchy hooks, ‘Wololo’ is a deserving breakout. And yet, once again, this is a success story marred by controversy. I am noticing a macabre pattern emerging. As she released follow-up single ‘Mercedes’, Wodumo instantly found herself the subject of a tabloid with-hunt “The lyrics on the tracks were open to interpretation, and a lot of people thought they had bad meanings, like referencing drugs” Lag explains, which led to the track being banned from the airwaves by the SABC. 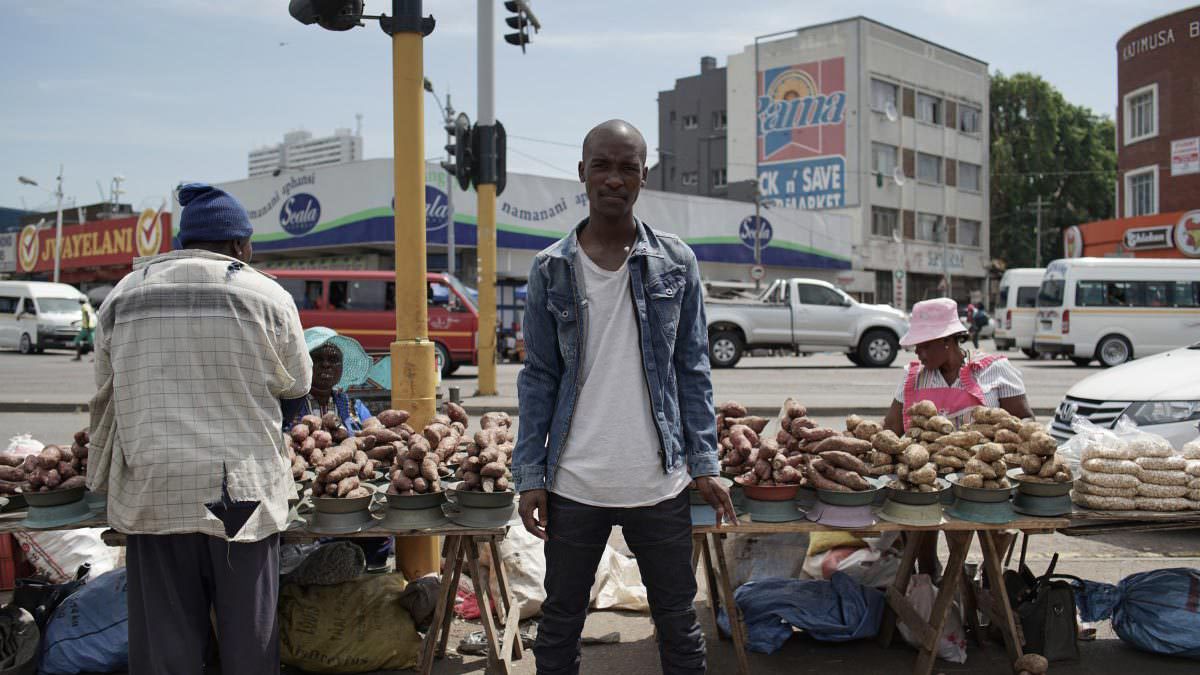 In spite of these setbacks, Lag is perfectly optimistic about gqom's future, and charmingly humble. He’s also refreshingly grounded in comarison to the lavish imagery of the gold-certified producer-vocalists Distruction Boyz. “I can say for myself that I will continue touring the world, pushing the sound abroad. I want to make it recognizable to everyone in the world. I’m dropping my next EP in April under London based label Goon Club Allstars. And of course, continuing my worldwide tour, visiting new countries and revisiting others.”

It’s not all he’s got on the horizon. As he continues his world tour, he has the following to look forward to: “The international crowd is completely different to Durban crowd and how they react to GQOM music is a bit different. In Durban when GQOM is playing, we've got a unique way of dancing which is called ‘bang’, whereas all over the world they just go crazy with no specific style.”

The frenzy of the international dancer is hardly surprising. To have led the way on a vital genre borne of a DIY movement at the age of 21 is enough to incite envy and awe in equal measure.