When I saw Franz Kirmann’s name pop up in my feed I immediately remembered how much I liked what he did with his label Days Of Being Wild, especially Spinner way back in the day. I was delighted to find out that he was releasing an album with the R$N crew on Bytes, and wondered why I hadn’t seen any music from him for a while. Turns out he’s been frying bigger fish composing scores for TV and cinema, including the excellent McMafia.

We discuss at length the modular synth he bought thanks to the nice payday he received from his work on McMafia, but first I’d like to give my two-penneth about what the album did for me as a listener.

Firstly, it is most definitely an album. It isn’t a load of attention-grabbing streaming fodder – this is an album from those golden olden days we all bang on about when people bought credible electronic music by the million and actually had the mental capacity to listen to it for over an hour without being distracted. You know, those days when men were men, the internet was in black & white and we all got along just fine in our European democratic utopia.

Franz takes us on a proper journey with Madrapour, no doubt about it. And it’s a journey that can be taken a few different ways. It’s joyous and glorious as much as it is sinister. Huge cinematic soundscapes versus some edgy sentiment, with a nice analogue-sounding random factor throughout.

Does anyone remember the Shadow Of The Beast series for the Amiga and the Megadrive? Well I can categorically say that despite the phenomenally expensive and complex equipment Franz has at his disposal, he has somehow managed to evoke the same lo-fi emotion that I remember from those games. Combine that with some immensely powerful sound-shaping and layering and you’ve definitely got something. When you listen to Madrapour properly, you cannot help but contemplate.

We start our conversation with the modular synth that inspired the whole project, and then move on through Franz’s creative mind. Clearly a man who lives and breathes every last detail, the way he articulates his art is absolutely wonderful.

"The synth you can see behind me is what I used for the album actually – I got it a year ago. It basically kickstarted the whole thing. I wasn’t feeling inspired so I thought I’d learn something new. I saw the system online and I saw the video: it had a sampler, synthesiser, FX, sequencer, reverb, delay…. like a computer but not a computer. It was bloody expensive but I’d made some money from McMafia so I went for it. It’s a Make Noise modular synth – they’re an American company.

"I still can’t use it properly! It’s very deep. I started learning bit by bit, a couple of modules together to see what happened. I recorded everything I was doing and after a while I went back to the recordings and realised some of them were really interesting. Then I put them in a computer, started layering with a normal synthesiser and started building the album from there. So it started with the modular experiments but then after that the composition process was kind of normal.

"I didn’t go to the modular thing because I listen to modular music. I’m not actually into music that comes from the modular scene. I like what James Holden does a lot though. He was using modular but he was doing something very engaging and I met him once backstage and I saw his system and at the time it looked like a spaceship, and I thought 'I could never get into this!'

"But then I was going through a writer's block, not knowing what to do, not wanting to go back to the computer. For me the element of surprise was key. I had to get a shock and get shaken up to be able to have a different perspective. You kind of come back to who you are but you can’t see it for a while.

"The previous album I did was definitely apocalyptic, but this one… it’s quite melancholic. For me it’s an accepting album. It’s accepting that things can be quite difficult and bleak but in the end it’s okay. That’s what I’m trying to say. It’s a reflection on my life from now. I see two bits. The first half is something quite tribal and harder and the second half is more sad and melancholic.

"The last album I did was difficult and not a pleasant listening experience… I wanted this one to be something you could put on and listen to and not shake you too much. I tried it – I put it in the background and had friends over and then someone said it’s really nice what we've been listening to. People were not annoyed by it or finding it a difficult listen. It’s a record you can have in the background but if you crank it up and sit down there are a lot of details. 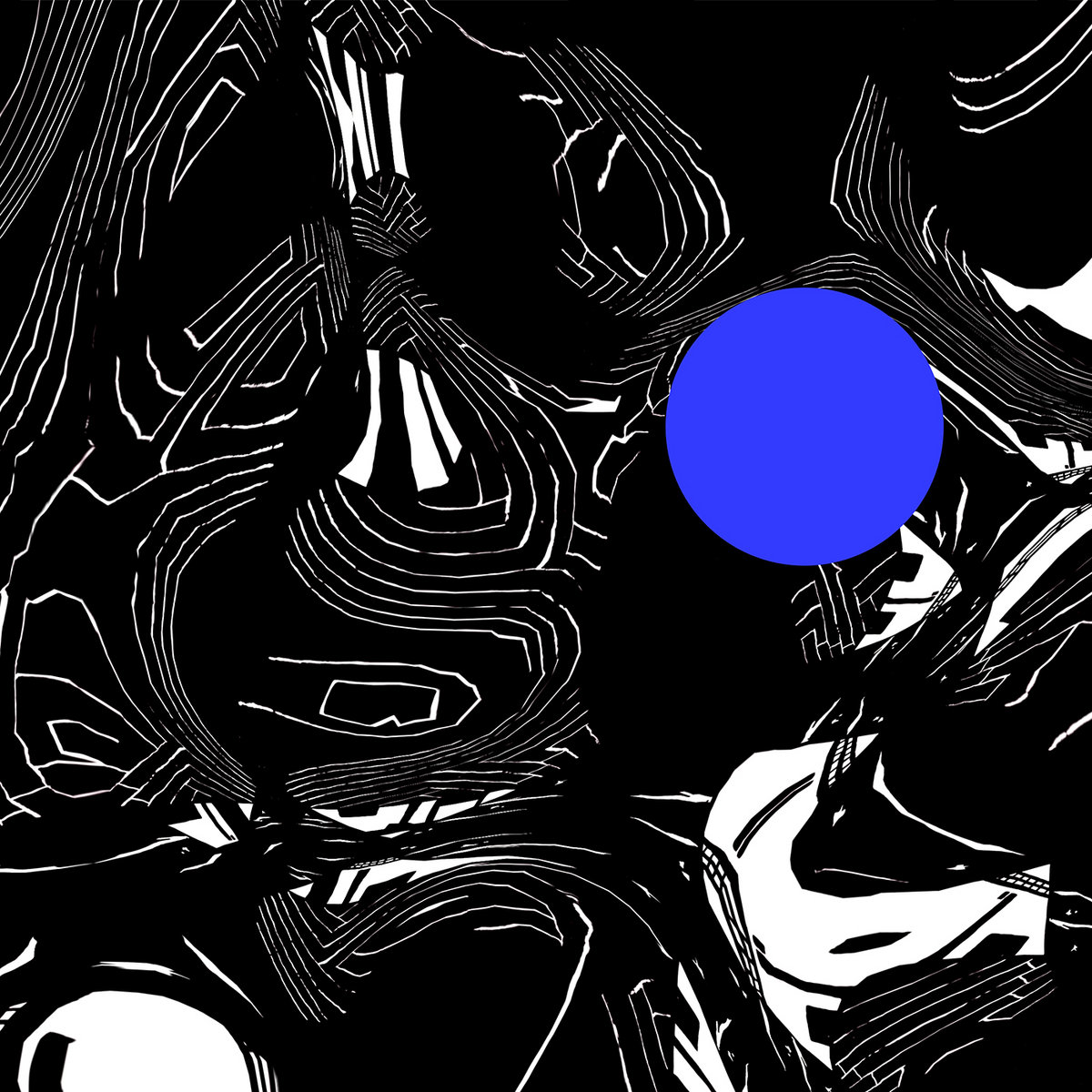 "There is some darkness in there, but there is beauty in darkness. Like David Lynch or something like that. I remember being nine and hearing People are People by Depeche Mode and thinking ‘this is horrible’ but I remember also the chorus in the song was really pretty, naive almost. Then later on I realised it would have been naff just on its own if it hadn’t been superimposed with this industrial percussion they were using. I remember my father buying Oxygen by Jean-Michel Jarre and that was really uneasy and alien but also very beautiful. Strawberry Fields by the Beatles as well… slightly wobbly. And that’s a very formative experience. They’ve definitely informed what I do now."

Beyond music, there is plenty of creative obsession that got Franz to this point, most notably the French author Patrick Modiano. I wondered whether the storytelling style of his favourite authors had shaped his current music, and whether perhaps he mis-spent his youth playing computer games…

"My Dad in the late 80s bought us an Amstrad 64K with cassette. We used to play on that. Then I didn’t have any consoles but my friends did. Then in the mid 90s I inherited a Sega Megadrive and there was a game on that called Flashback. I bought a Nintendo Switch last year for my kids, but the real reason was that they re-released Flashback for it! My kids say it sounds a bit like Flashback music. It’s not a conscious thing but there must be something there because you are not the first person to say it.

"The previous album I did was inspired by a book from the beginning, but this time it was slowly coming together and it started to feel like an album and I was thinking 'what do you call it?' I don’t know why I remembered Madrapour  [by Robert Merle] – I last read it 20 years ago. The book is about a group of people on a plane to a place called Madrapour that is actually made up – it doesn’t exist. They never get there. The plane is constantly flying. They have to deal with each other and deal with life and the choices they’ve made. I think it’s something I was thinking about myself beside the music. Then I found out it was released the year of my birth.

"Modiano books I re-read all the time. They’re ghostly, slightly melancholic. When I made Madrapour I was telling a story but not as direct an influence with my books – it's more of a feeling. Modiano books are also more of a feeling – they don't have a conclusion necessarily. And sometimes I really like not getting answers and having a lot of space for yourself to think.

"The subconscious thing is so interesting. Sometimes your brain adds stuff that you think you’re hearing. I often record things when playing live and listen to them back and think 'you’re just playing – you’re not listening'. When you’re making a record I spend a lot of time listening back and taking things out. Especially a melody that’s a bit obvious. When you watch a movie you can see it on the screen – you can’t deny it – but with sound you can, kind of like 'am I dreaming this?'

"I think when you go to hardware things go slightly out of sync, which is another variation for the brain. Something I love about the modular is that there are different clocks running. They’re all related to the main clock but now everything is slightly going off the tempo so you can loop for longer. If you were on a computer the loop would be an exact replica which would become harder to listen to. That’s why everyone’s going back to hardware.

"It felt like I’d made a small, home-made album and found myself again. Because of how I made it I thought ‘why don’t you do a cassette?' and thought maybe I’d release it myself. And then almost exactly the same time Wil sent me a message and asked me if I had any new music, so I sent it to him and he fell in love with it. Because I run Days of Being Wild, The Ransomnote has always been very supportive. Wil and I just get on. He told me about Joe and about Bytes and he was happy to put it out on cassette. I didn’t go fishing for anyone else. When you meet people you connect with you don't need to go and chase around. You wanna work with people who believe in you.

"In my mind I was looking at what happened with Mute, Factory, 4AD… all these great labels I grew up with. Basically they were people who got on with each other and were pushing stuff they believed in. That for me is so important. Regardless of exposure and economy, at the end of the day you have to have that honesty."