Having started a vital string of house and techno releases almost thirty years ago now, it goes without saying that Octave One have been one of the tools which moulded dance music into the shape it currently takes. They command a level of influence one might typically ascribe a record label, even an entire city. As such, it makes for disarming reading when they reveal that “The inspiration for us comes from within so I don’t understand another place that its inspiration should come from at this moment”. For an act specialising in a style of music so commonly conflated with the cosmos, they are remarkably down to Earth. We caught up with the pair ahead of their performance at Detroit Love on Thursday 14th June as part of Poble Espanyol’s OFFSónar series.

So, you seem to be touring more so than ever – why do you feel that your music has preserved such longevity?

Yes, we have been touring more than ever which we are very thrilled to do! When we went about creating music early on in our careers, we made a conscious decision not to release any songs that we didn’t feel we could stand behind whole heartedly as artist. Adopting that approach made us only release material that we had a deep love and passion for, and we think this has rang through to our fans even down till today. When we create new material now we keep this very thought in the forefront of our minds which flows from our hearts and it purges through our soul!

How do you feel that Detroit has changed as a city from a cultural perspective?

We made a move from Detroit years ago, but we’re there quite a few times a year to visit family and friends so our observations might be from a distant view. But the city is going through a growth process again or another renaissance if you will, which means culturally the city is diversifying and widening out. Of course where we might feel its good for the city there are a lot of other people that still live there that might agree with us, mainly because the city to them feels like they’re not showing a lot of love to the city’s longtime residents in there approach to diversification.

The city has long since had its struggles, do you see a future beyond the strife?

There’s always a future, but if that future is for the positive or slides toward the negative remains to be seen! 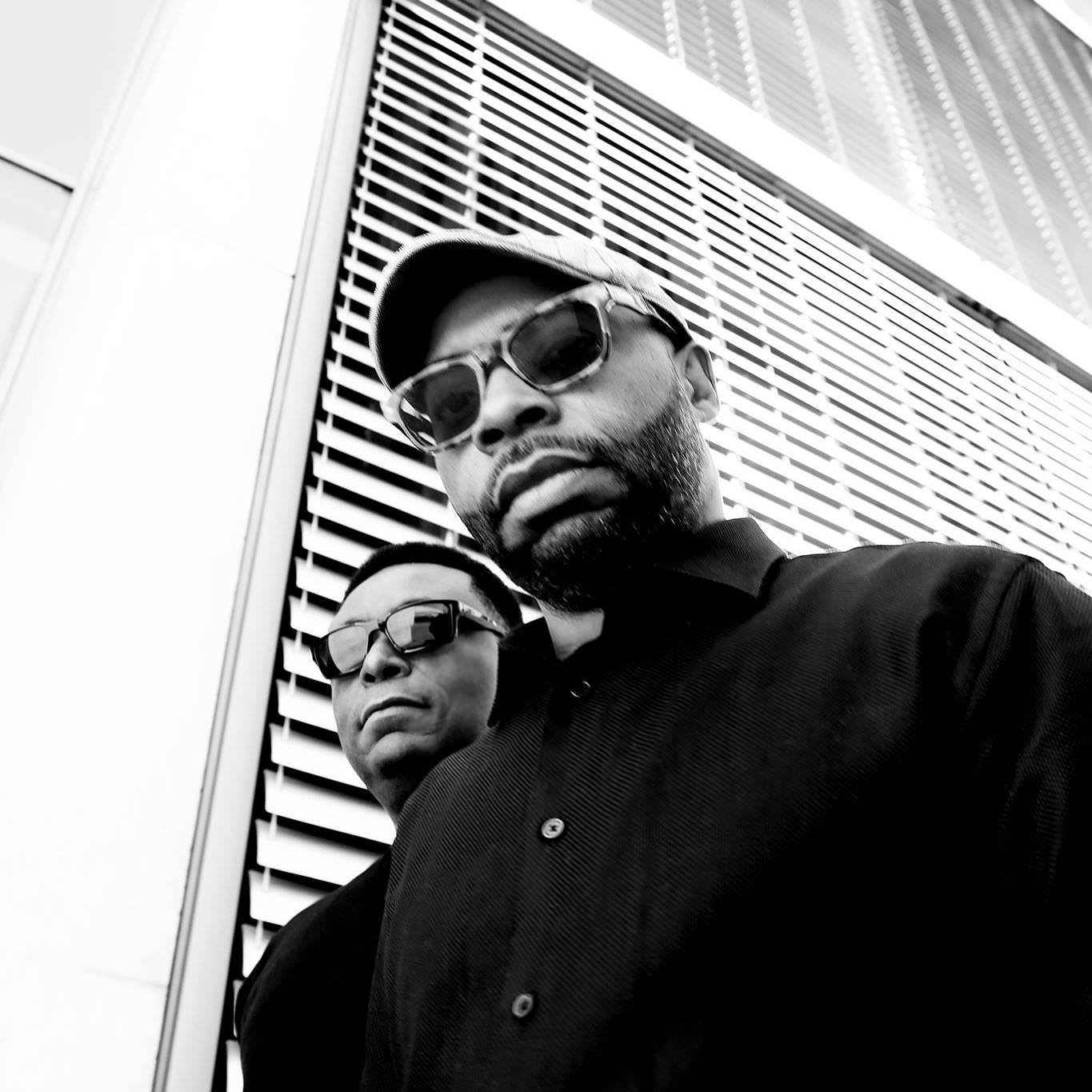 Has the struggle within the city helped mediate and better the musical community to a degree?

Can’t answer that because, we no longer live in Detroit but are based out of Atlanta, Georgia at this time. But we’re sure, no doubt that the musical community has had some benefit to it because of this struggle…it always does!

Techno has always played a futuristic role within society, where do you feel it stands at present and what should it draw inspiration from?

Sure the sound of Techno has played a futuristic role for a longtime in society, but it’s gonna be hard to hear but we really feel that now society has caught up or even surpassed the futuristic role that it held for a longtime. More or less the future is now and has been for a while. The inspiration for us comes from within so I don’t understand another place that its inspiration should come from at this moment.

In terms of your live shows, how do you build a performance? Structured or free?

We actually prefer to work within a structure and freestyle. We have an intro sequence, verse sequence, chorus sequence, and outro for each track. We can select which sequence part we want to play at what time and then improve within that sequence.

Do you feel the attitude between European audiences is different from those in the USA?

Absolutely! We’re artist who are from America and even though the genre gave birth in America the European culture has way more education on the art form. We can really tell when we play older material and the tracks starts, within the first few notes of it you can tell that the crowd knows exactly what it is…that’s the european audience. But typical in the states we can almost play the entire song and know that the crowd although they like it aren’t really familiar with the track at all, which is cool too as long as they like it is what counts.

How would you describe recent experiences of playing live?

We’ve really been enjoying playing out this new album. It’s great seeing the fans react to the new tracks, especially since Endustry has a bit of a darker tone. Although we have been evolving this music in our live shows for over a year, for this tour the set has been very much along the theme of the album. Watching people dance and loss the inhibitions to our soundtrack has been exhilarating!

Having been present within the electronic community for many years, who do you still look to for inspiration?

It’s not really a who but a what. Inspiration is everywhere and in everything. We're traveling pretty extensively these days and encounter many different people and circumstances. For all the things that make us different, there’s more that makes us the same. This inspires us.