The American Dream is futile, especially in this day and age. However, during the late eighties and early nineties there was a small demographic of people who could be said to have lived out such an escapade. With honest humble roots and a huge sense of belief they helped to redefine the term, showcasing that this wasn't always to be a dream based on profit and strife, but one which would allow for the exploration of individuality and self expression. Creative freedom and passion for art helped to drive these people forward and as such they learnt to love, dance and believe in something far beyond the confines of what was typically "American".

The New York based producer, disc jockey and label boss boasts a lifetime in nightlife. From a young age she became fascinated by the culture, her first job when she was still at high school saw her serving drinks at a late night all ages club, rave smoothies anyone? She was drawn to the enigmatic presence of the music and the escapism of a world which offered her something more than the island lifestyle of Hawaii where she was raised.

Such enthusiasm remains as prominent in her musical outlook of the present, her sound still maintains the energetic 'get me out of here' euphoria which has driven her throughout a lengthy career. With humble beginnings, it wasn't until Kim first moved to San Francisco that she began to understand the true nature of clubland, late night parties and the associations which came with it.

"I'm from Hawaii, but I moved to San Francisco to go to school. My most formative music years were my raving days during that time. I was going to Sunset Parties, which Solar, one of my favourite DJs is a part of throwing. I'd go to Wicked Crew parties. And all kinds of underground raves when SF was really an amazing place and wild at that time. I met Solar in 1995 when the parties and the scene was amazing. Those years still inspire me. I've got so many rave tapes from that era. There was a really good sense of community and so many options of where to go in a night. It was totally unregulated and super wild, party favours galore."

San Francisco is a city which holds a unique history with dance music and rave culture, in the present day heavy regulation poses risks to the nightlife within the city but the raw DIY approach to clubbing and dance music is something which has since been channelled into a sprawling array of great projects, record labels and beyond. The likes of Dark Entries, Spring Theory, Roam Recordings and many more all exist within the city based upon a hedonistic collage of history and late night parties.

As referenced previously, the energy found within the city remains a critical element and fundamental to Kim's own approach to music. Her own productions are often fast paced, jackin' affairs built with the purpose of movement at the core. Rugged stabs mixed alongside euphoric melancholy has been a prominent flavour but each new release has seen her explore the realms of possibility within her own sound. Something of which she was once limited by greatly…

As once a pioneering and prolific member of alternative dance act Hercules and Love Affair, Kim Ann Foxman was thrust into the limelight in 2008 amidst the aftermath of the electroclash era, the hugely successful group released music on the likes of DFA Records, Moshi Moshi and Mr. INTL. They were well received and boasted international success becoming as much of a pop act as they were club focussed. Kim's vocals were a prominent feature but there was always a sense that she wanted more than what was being offered by the group. Having experienced the ecletic corners of nightlife in San Francisco and becoming a resident at experimental diy gay club nights in New York City there was always a sense that this was not the end game for Kim who has since gone on to launch her own label and career. 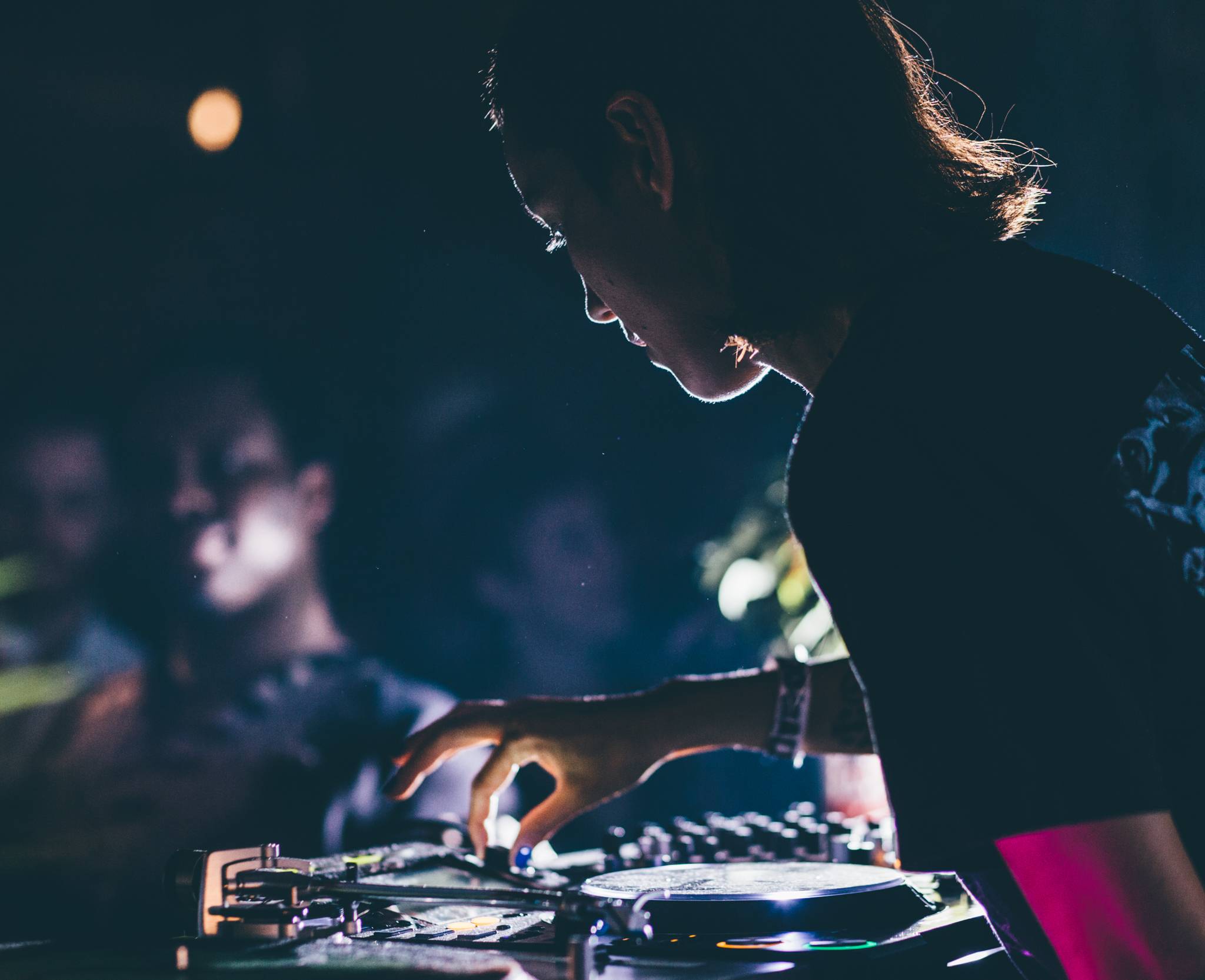 "I need different outlets. I don't like to be boxed into anything in any way. This keeps things interesting for me and inspiring… to explore different things."

Kim broadens her stance, explaining where she was previously constrained.

"I'm not the type of person that wants to put vocals on every track. I was kind of expected to from people at first…  Only because that's how people discovered me but I started to produce more underground tracks so that people know where I come from as well. I was always a DJ and then I got brave enough to use my voice but I still don't really consider myself a singer. People have so many expectations of you and what and who they want you to be based off of an example they discovered you on but everyone has a story and backgrounds and roots. I chose to go back to my roots a bit to get away from all those expectations and I had to work harder as a DJ as well to get past all that."

It would appear that this is a decision which has been merited with success, Kim is as busy as ever with a hectic touring schedule and a huge array of upcoming material. Beyond this her own label, Firehouse, is becoming more prominent and recognisable than ever following a string of hugely well received EP's from the likes of Kasra V, Richard Sen, Jozef K, Winter Son and Wolfram. Of course Kim has also contributed to the imprint herself having used the outlet as an opportunity to explore the deeper fundamentals of her own production process and take on dance music.

"I have a broad range of music that I love, and so it's cool to explore that. I like to pull a lot of inspiration from my years of being on the dancefloor.  And Ive been showing that a bit more in my own solo works… getting back to my rave roots kinda.  I think it's good to experiment and be loose about stuff. For me, club tracks should be effective and emotive on the dance floor no matter what vibe your going for, weather its dark, uplifting, moody, hard, or slow.  When writing tracks with vocals i usually draw from a personal story, or want to tell a story people can relate to and grab something from, but that isn’t always the case. sometimes i just experiment and combine different techniques to find a inspirations for good hook." 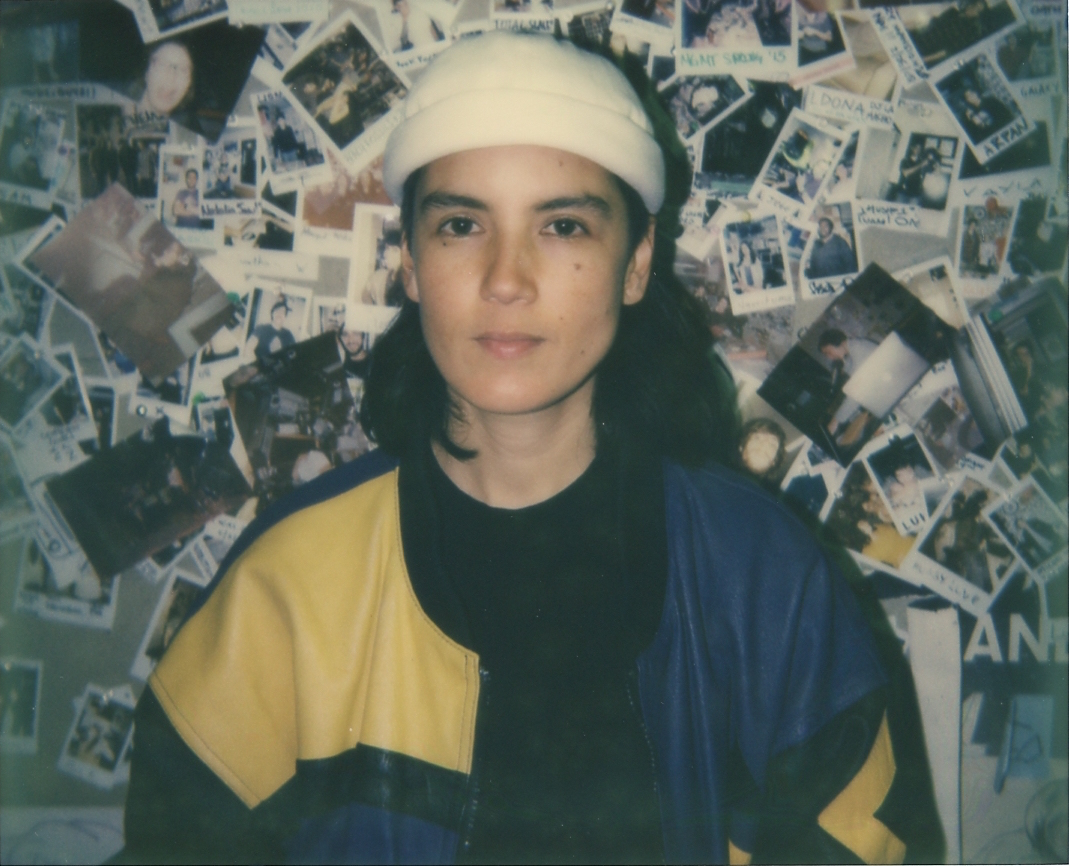 In recent times Kim has also begun to approach music collaboratively once again. However, it would appear that this is a new project set for an entirely different course…

"I also have a project called Pleasure Planet, a collaboration with two friends Andrew Potter & Brian Hersey.  Our latest release is out on  SELF:TIMER, an imprint of Firehouse,  which is a vehicle for our sound.  Its a really special project to me because we really took our time growing into our sound, so its really organic. we share a lot of the same early influences and inspirations. We all used to share a studio together and decided to try a track together and loved the way it  came out , so we decided to work on more stuff and become a thing, so now I continue to my solo stuff  as well as Pleasure Planet, pushing both."

When queried as to whether the two overlap or interplay Kim explains the necessity of the new project.

"I enjoy both a lot. I need both really, to work alone and I also like to collaborate because it's nice to have everyone bring something creative to it and also challenge each other to make it the best it can be. For this project we took years of growing into our sound.  We didn't wanna rush anything and now we’re solid on our sound and our identity together."

Across the remainder of the year Kim boasts a hectic calendar, international dates galore and a heavy touring schedule. Her passion and love for dance music remains unrivalled which for many might be surprising given her lifetime of experience and observations. However, for the New York based disc jockey, each beautiful moment on the dancefloor is a reminder of why she fell in love with music in the first place. This was her dream after all, attained and now lived.

"I love it when a party feels like everyone is on the same vibe. Things naturally have changed since my early years of rave now, especially with the strong presence of phones and social media taking so much away from the vibe and experience.  I think its nice to see some efforts being made to bend things back towards that direction again to keep it all about the music. Those days were so special, way more undocumented and free. Of course touring can be exhausting but the great parties that do stick out and bring that feeling back really do keep me inspired. Nothing beats when the whole room is in the zone together. You get real feedback and communication with the crowd in person.  It feels were all going on a journey somewhere together, and everyone is locked in and the energy is so strong when its all about the music. There is magic in that."