What a difference a few weeks make. When this interview with South London duo FYI Chris was floated, the world was a very different place. We were basking in the sunlit uplands with only Brexit, impending ecological collapse and the reality of a psychotic tangerine having access to the nuclear codes to worry about. Happy times. But along comes a cheeky little virus that spreads around the world and now no one is allowed to leave the house and if you know what day it is, you’re doing better than most.

So, what began as a chance to chat to Chris Coupe and Chris Watson about the upcoming release on their West Friends imprint turned into a precious opportunity for social interaction beyond our own households. And, I’m pleased to report that we fully embraced the brave new zeitgeist. We met up over Zoom (a fancy version of Skype that proliferates in symbiosis with the virus) on a sunny Sunday afternoon and chatted about lockdown survival techniques and streaming parties. But don’t worry; we still had plenty of time for some of the classics like the vinyl verses digital debate.

Both heralding from up north, Coupe and Watson met when moving in similar circles in the South London party scene. Watson reminisces on how they began making music together. "We were living like 10 minutes from each other and Chris bought an MPC and said “how do you fancy coming over and tapping on this?””

From simple beginnings their jam sessions expanded, resulting in their surprisingly fully formed debut on Church in 2014. Then came their release with the renowned South London label Rhythm Section which was a huge springboard for them. “The Rhythm Section link all came through Rye Wax,” Watson explains, referring to the Peckham record-shop-come-venue where they worked. “We were getting records in the shop from Bradley (Zero) weekly or twice a month at that point. He basically heard a track of ours played at an after party by our friends Dil and Callum and he text us at, like, seven in the morning saying “I need to release your tune.”” This perfectly encapsulates the spirit of collaboration buzzing around Peckham at that time. “It was certainly the nicest way possible to sign a track” laughs Coupe.

I'm keen to hear what’s been keeping them going through the lockdown and Watson tells me he’s mainly been concentrating on getting his lap times down on Gran Turismo while immersing himself in music from the likes of Thundercat and AceMo. He suggests that anyone needing a bit of help with the social distancing watch Robert Eggers’ terminally unhinged movie The Lighthouse which sees Robert Patterson and Willem Defoe trapped together on a weather-blasted ocean rock with nothing but their fractured minds and a smattering of mermaid coitus to keep them occupied. “It’s a good primer for all this” he insists.

For Coupe this is “the perfect time to procrastinate”, and has been spending the lockdown allowing himself to make music just for fun, with no specific goal in mind. “I got given a load of footage of my uncle who was a drummer on the QE2 in the 60s. I have about 3 or 4 hours of footage from him. So I’ve loosely been trying to compose something from that.” 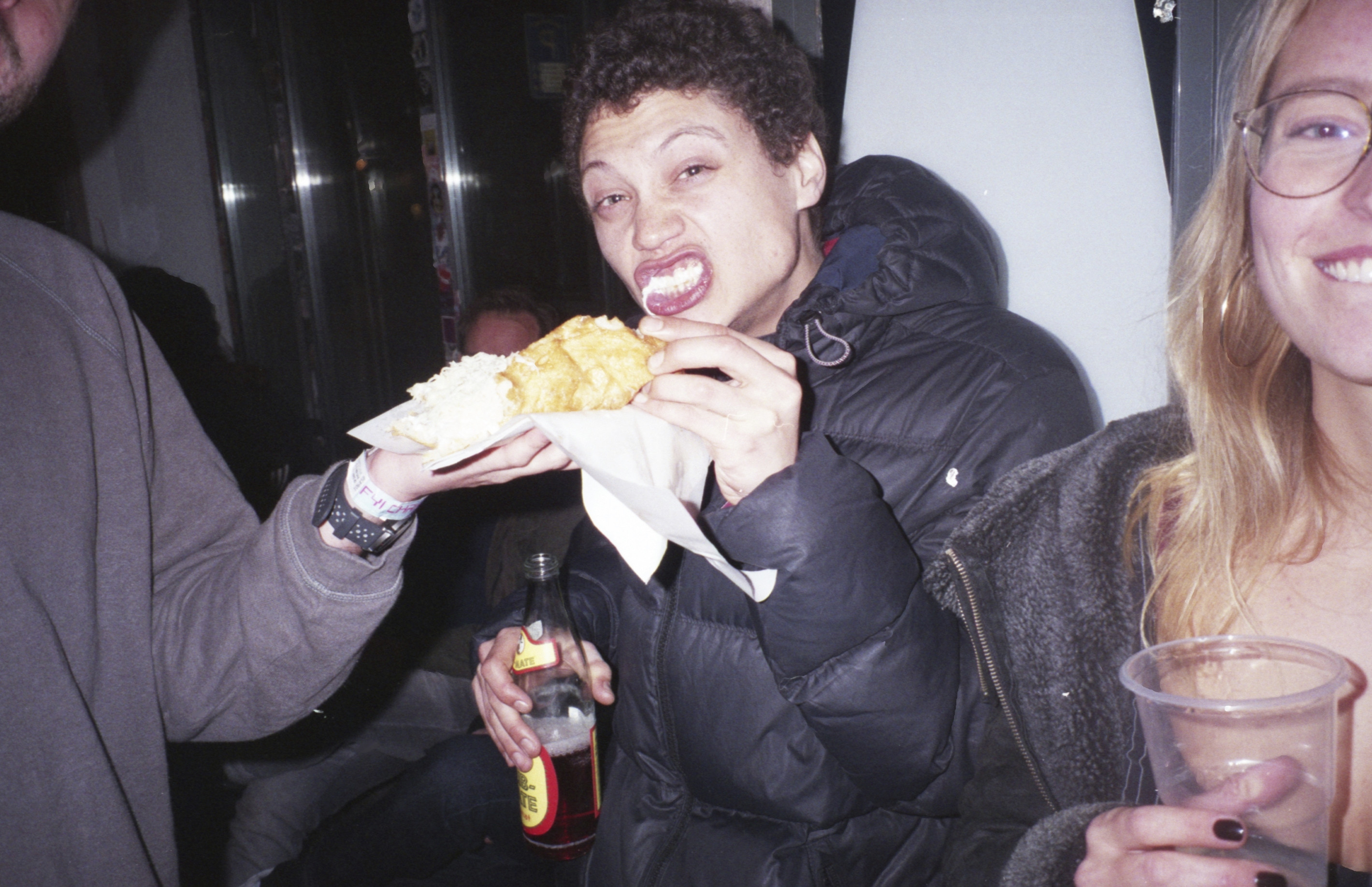 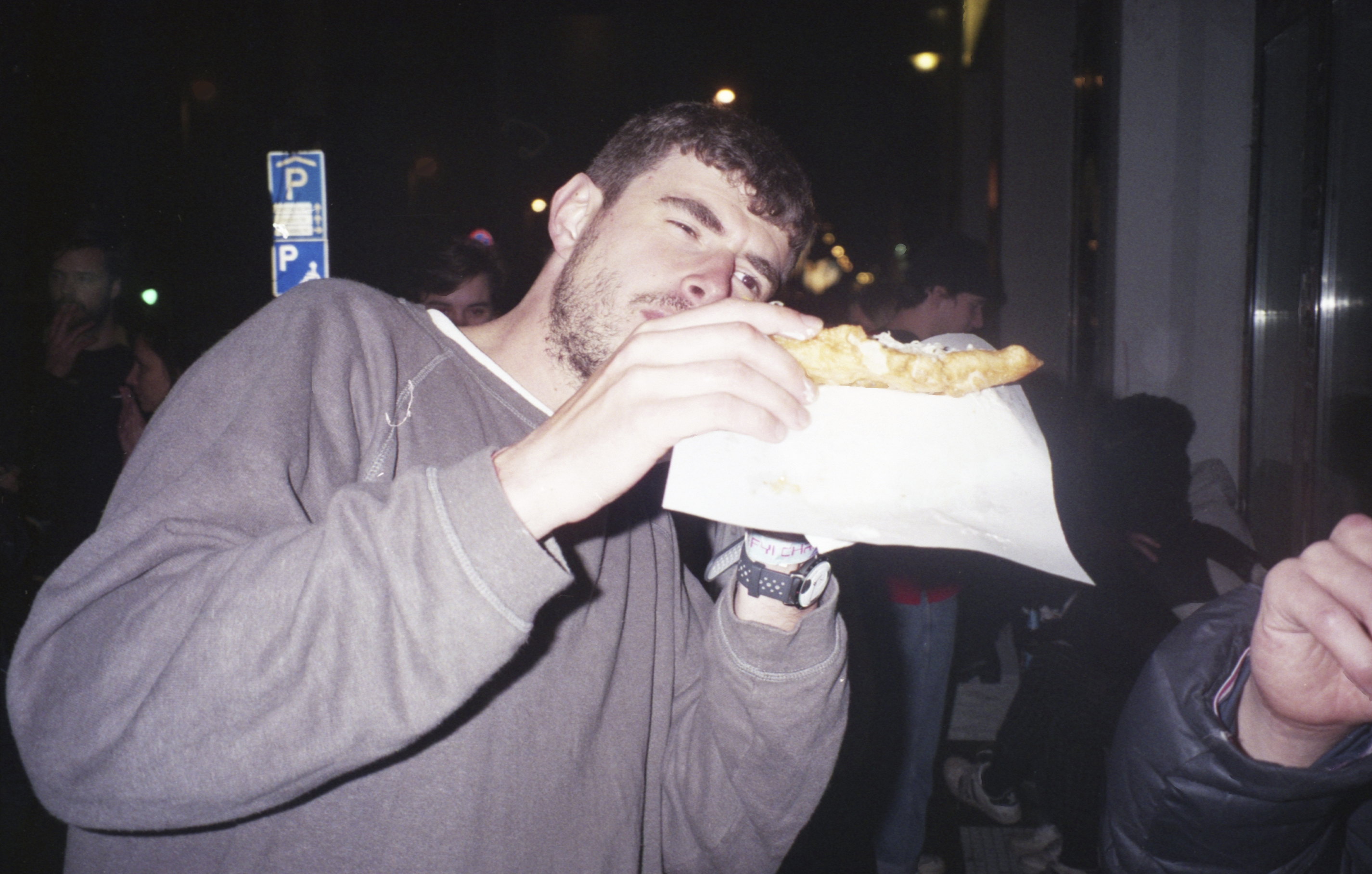 The conversation moves on to the upcoming release on the imprint West Friends that they run alongside long-time friend and co-conspirator Tom “Unlikely” Steidl. The VA features a varied crop of tracks from DJ Pollen, The Soft, Medlar & Unlikely and Sierra with a track from the boys themselves under the moniker AKA.

The breadth of styles on offer really encapsulates the openness and diversity of the South London scene, with a richness of texture and variety of tempo that jumps out of the speakers at you. The label seems to work with the same easy- going approach that the guys take to life in general. “It’s not something we take too seriously, but it’s been fun to do” says Coupe. He sums it up like this; “I don’t really feel like I run a record label, but we run a label that puts records out.”

“Yeah there’s never really been a schedule” Watson laughs. But with this 12” heralding their seventh release bringing together a strong showing of underground dance music from South London and further afield, it seems the laid-back approach is paying dividends.

But how do they see the future of vinyl as a delivery method? “There’s room for both” Watson insists, “but I think there’s definitely a need to rely less and less on physical records. I’m still going to buy them, but if we want to get stuff out quickly then it would be good to look more digitally in the future.”

“We’ve been setting all that up over the last year or so.” Coupe adds. “Rubadub (their distributor) have helped us getting into all the usual online shops and Bandcamp is also a helpful avenue.” For Coupe vinyl is still an important filter in times when the floodgates are well and truly open. “I consume a lot of music digitally and via streaming but there's particular music that I want to have forever, and I maybe romanticise more than an MP3 or a WAV.”

But for them both the environmental impact can’t be ignored. “It’s a lot of plastic,” Coupe adds. “A lot gets wasted running a label and you see so much sitting in charity shops it’s kind of the elephant in the room.” Watson casts the net further still. “Well it feeds into globalisation and shipping etc. And that’s partly what lead to this whole pandemic.”

With this in mind I ask what they see the “new normal” looking like once clubland grinds back into motion. Will we perhaps see DJs avoiding flying around the world by beaming into clubs via screens? Watson has had a little taste of this already with an impromptu streaming party during the lockdown. “We all stayed in and some friends organised a Mixlr link up and there was sets from different people’s houses and we all were on Jitsy (a web conferencing service like Zoom).” The party brought together around thirty people from twelve different houses. “It was just really nice; we were dancing till like 4 in the morning. It still felt like you were at home, but it didn’t feel like you were at home, if you know what I mean.”

But while efforts like this are vital and helpful in these difficult times, they won’t replace the physical experience of dancing together in one shared space. Coupe explains; “I think when clubs eventually open back up, we’ll see how important they are.”

But while the future of our world seems as brittle as spun sugar, the musical prospects for FYI Chris are still full of hope and promise. Beyond the 12” dropping on West Friends, their debut LP is also on the horizon. Whilst playing their cards close to their chests, suffice to say this milestone for the duo comes courtesy of a label that is something of a powerhouse and heralds exciting times. They’re hoping to get the album finished by the end of April but as to the final release date, things are of course less certain. “It’s then at the mercy of the virus I guess,” Coupe quips with an air of wry humour. But that sums up the positive attitude of the duo, and resonates with how a lot of people are feeling right now. The virus has us locked away in our homes, and many are struggling to keep their heads above water in circumstances none of us could have dreamt to encounter. But life goes creaking on. Creativity continues to flow whether we like it or not. The music plays on. It will never stop.