Amsterdam is a chameleon of sorts. Over the last ten years there has been a notable shift as to the city's role within alternate culture: be this in relation to nightlife, music or art. An array of creatives flocked to the city from far and wide whilst locals began to realise the potential of the spaces within the Dutch capital. The result is a new wave of projects, nightclubs, shops and creative ventures.

Red Light Radio was formed in 2010, some seven years later it is now an internationally recognised station with a weighty presence and a demographic of listeners which stretches across Europe and beyond. It has become an integral entity within the city's music scene, helping to push some of the most interesting producers, curators and disc jockeys of the present day. A chance listen to the station might see you met with obscure black metal, outlandish disco, eclectic electronics and illusive rarities. Expect the unexpected and you might never be disappointed.

Hugo Van Heijningen is one of the founding members of the radio station, a project which he still very much thinks of as a work in progress. From humble origins the station emerged from a fundamental love of music and was supported by a close knit team whom have helped develop it into the brand it is today.

"We began thinking about the concept in 2009 but finding a location took a little longer. We opened in 2010. Our plan was to broadcast for three months, having our friends and friends of friends come over to play good records. We tried to get erverybody who was doing something cool in the city or visiting the city into our former brothel and share it with the world. After three months we stayed a little longer and a little longer. In the end we were able to rent the building and ever since we've been extending." Red Light Radio has always been a family affair of sorts, during our conversation we are humorously interrupted by Young Marco who can be seen making faces in the background. He, like many others, has helped to pioneer the charge for a new wave of musicians and artists in the city. Most of whom have some connection to the radio station. Resident shows include a mischevious assortment of musicians and record labels, each with their own definitive sound: Versatile, Lullabies For Insomniacs, Lumberjacks From Hell, Voyage Direct, Dekmantel, San Proper, Delsin, Re:vive and a mountain more all feature. Many of these shows are experimental and abstract by nature.

Hugo reflects on the influence of venues like Trouw on the formation of the radio station, electronic music and the network of people which surrounds him.

"Trouw did a great job of doing things differently. They gave Amsterdam talent residencies and nights. They had an audience and could be more experimental because it was popular to go there. It was an important change."

"The taste of people from all around the world has changed. Marco who just walked in for example, i've been to his parties for more than ten years with empty dancefloors but he stuck to his music, he didn't play anything different. The tracks he played back then are the hits right now. Weirder music is popular. Red Light radio is like a window to the world for people to see what is happening here. People like Tako, Orpheu and Marco, as well as people moving here, like Hunee and Gilb'r, makes for a strong community." 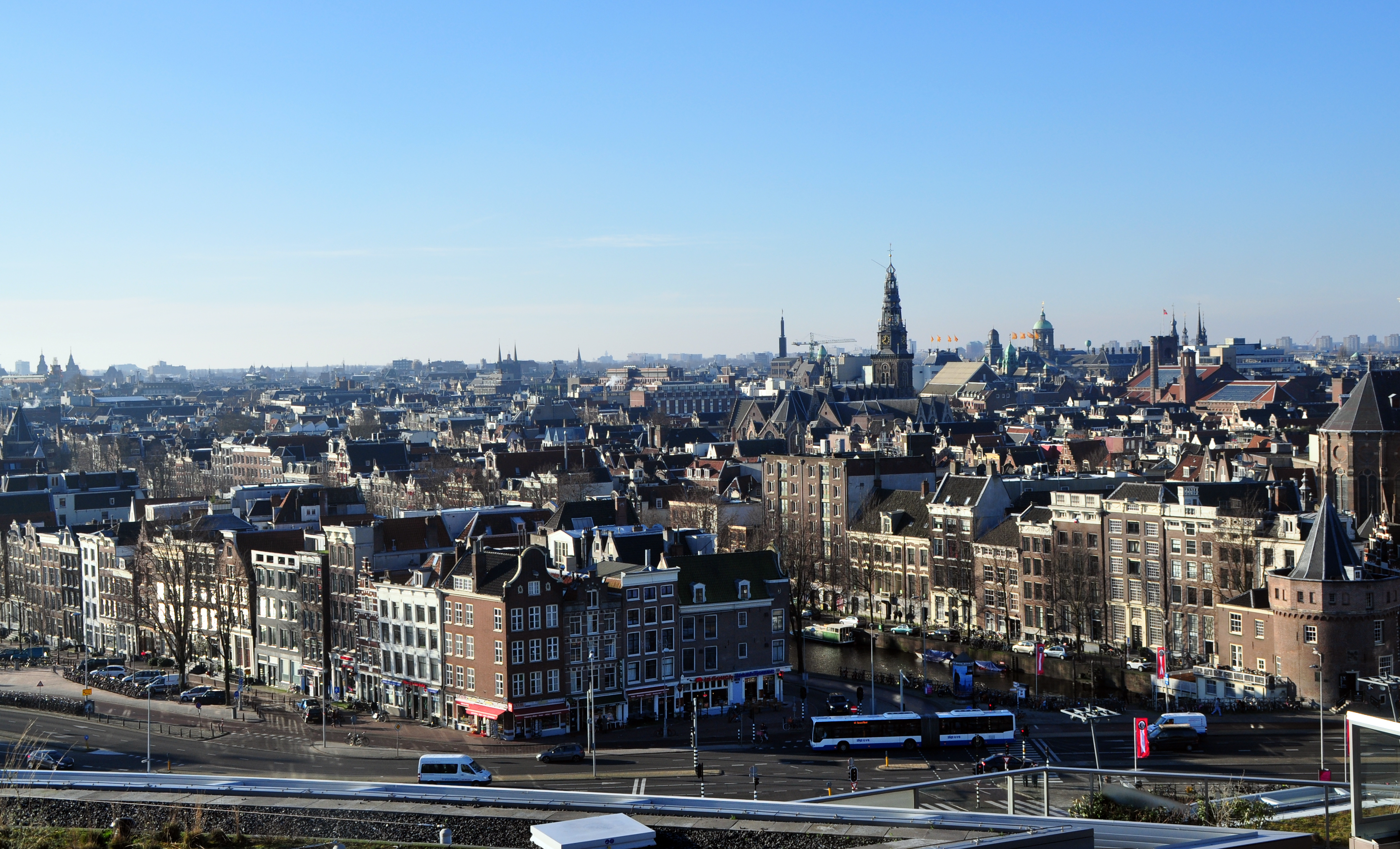 The station owes much of its success to those whom have contributed over the years. However, Hugo is still humbled and surprised by the level of intrigue which continues to mount around Amsterdam year on year.

"People want to hear what's coming out of the city, that's really changed. We weren't on the map ten years ago, Berlin was far ahead, at leat with electronic music. Now people travel here because of the music scene. It's a really small city, we don't even have a million people, it's kind of special that this is happening."

Whilst Amsterdam has amassed a reputation for its contribution to electronic music as of late a lot of the reasoning behind this lies in the commitment of individuals outwith the spotlight. Hugo for example has been integral in ensuring that the station develops in a manner which is progressive and tasteful.

"Over the years we have been in touch with so many people. There is a great team behind the station. We always try to keep it balanced but the music has to be good. That's the first rule. At the moment there are ten hours a day of radio shows. We worked very hard for this, for seven years. What you hear on Red Light should always be good. To this day if there's a track I don't like I have to go outside and walk around the church because it's important to still be on top of it, everything should be good."

This summer Red Light Radio will host a stage in the UK as part of Farr Festival for the very first time alongside Music From Memory. They bring with them an array of artists which includes Tako, Jamie Tiller, Orpheu The Wizard, Helena Hauff, Sassy J, Suzanne Kraft, Sassy J, Tornado Wallace, Ramzi and Dazion. More information can be found HERE.