At the tail end of last year Salon des Amateurs announced that it would be closing for an indefinite period, the longstanding Düsseldorf safehouse had become the talk of the town having been responsible for developing the flourishing careers of Lena Willikens, Vladimir Ivkovic, Tolouse Low Trax and Jan Schulte. The notorious club holds a reputation for a forward thinking approach to musical presentation and curation, tempo is irrelevant as is genre or stereotype. All music is welcome and dancers are encouraged by the free spirited nature of the audio landscape.

Jan Schulte is a producer, musician and disc jockey who used the space as a backdrop in which to explore the depths and breadth of his own musical curiosity. This will be highlighted upon his return to Kala festival in Albania later this year,

His journey through sound has seen him draw upon a fundamental array of influences which includes early hip hop, breaks, jazz, krautrock, funk, soul and beyond. Percussion has remained a key element throughout his own development in music, a keen instrumentalist and the type to base the very nature of his performance around the rattle of cymbals, the clatter of drums and the rumble of timpani. In recent years he has released music on the likes of Themes For Great Cities, Growing Bin, Versatile, Safe Trip, Aiwo., Dekmantel, International Feel and Music For Dreams.

Jan's own identity is limitless, each alias represents a factor of his musical lifestyle and this is why he often operates under the guise of Bufiman, Wolf Müller and beyond…

We meet on a rainy night in London, a Friday evening at the tail end of a week which has seen Jan recovering from some serious jetlag following a tour of Australia. Later he will join a collective of friends at Corsica Studios as part of a line up curated by Young Marco and Safe Trip but for now he's happy to joke and reflect on the nature of recent times. His career has come a long way…

"Last year I quit my day job, I'd been working at a recording studio for eleven years in accountancy. Since then the last six months have moved so fast that it still feels as though I've only just left. I've been trying to focus my time on production and on a new album. I realised that for the past five or ten years I've been working with the same production pattern, I want to explore new ways of working so that I don't get stuck or caught up in my own procedure…"

In 2011 Jan first released music under the moniker of Wolf Müller, an experimental percussive affair on Themes For Great Cities, an imprint with which he has a longstanding relationship. However, his own musical roots stem from a different branch. Hip hop and breaks remain Jan's first love and he tells tall tails of writing graffiti and breakdancing in his youth. He laughs as he describes being pushed forwards to dance at a Grandmaster Flash show, apparently this was met with rapturous applause and Flash yelling "Oh shit, we got one…" through the system.

More recently Jan has worked to produce music in collaboration with old friends. A joint LP with Niklas Wandt was met with critical praise following its release on Growing Bin Records last year. Niklas is also a character rooted in hip hop with a background in free jazz. Jan reflects on the relationship and collaborative process…

"Niklas was one of the guys who I booked as part of a free jazz series at Salon. He's a trained studio drummer and was touring a lot… he was also once a rapper. He can really use his voice and is one of the few people that taught me how to enjoy a soundcheck and to have fun. Before him I was always super stressed, trying to get the best sound etc. but he'd come in and talk shit over the microphone." 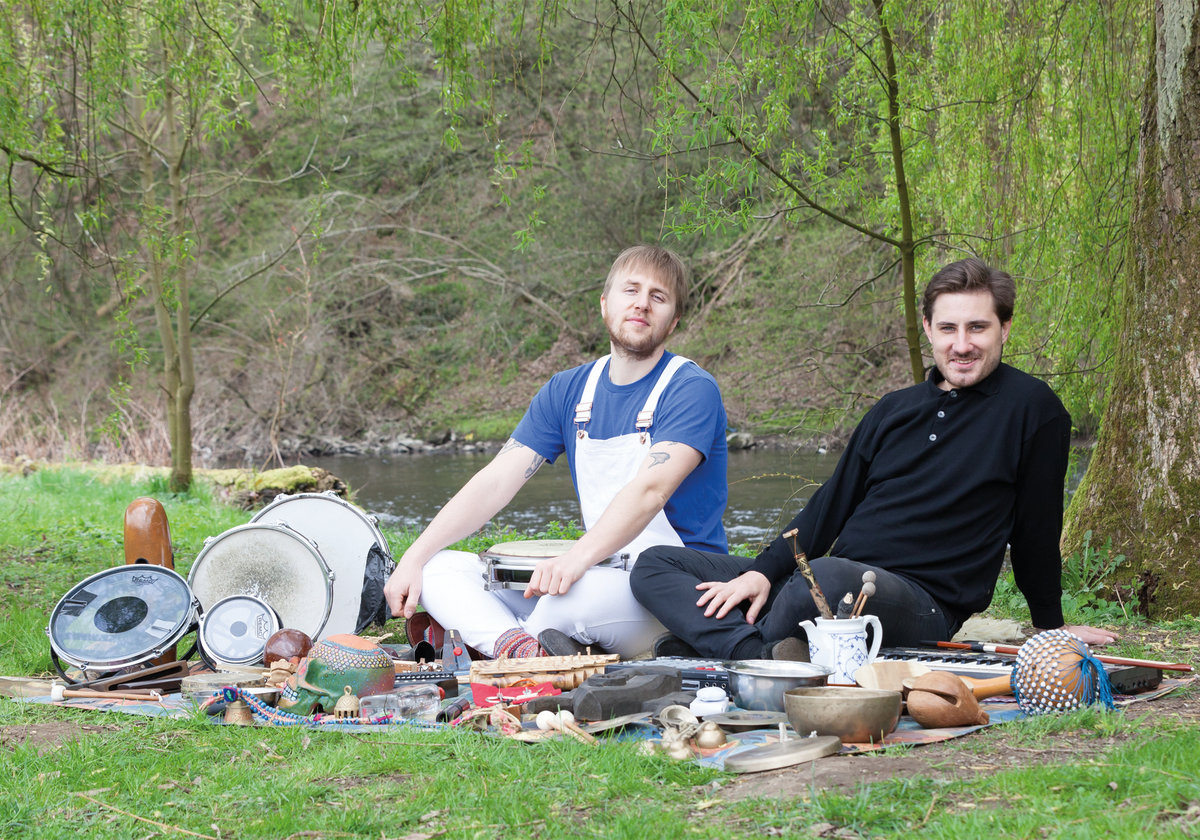 There's an element of self awareness and perfectionism about everything Jan does, from the individual elements of his production through to the presentation and design. He talks about the intricate process of ironing out percussion and sampling, a skill he learnt in youth.

"When I record percussion I need to cut it up to make it tight, I can play basic rhythm but not very well. For me, it's about programming and my vision of it, I never had the chance to play drums. My mother knew that I was into drums as a kid but we didn't have the opportunity, it was a small house and a big building full of tenants. However, in some ways perhaps this was a good thing because it forced me to find my own way to cope with it and through sampling I found my own approach to sound design and colour. These days I don't actually care that much about melody, it's all about the sound colour of certain elements which allowed me to focus on drums in a different way."

Having been challenged by his own environment and circumstances Jan was forced to adapt to alternative production methods, such perserverance and deliberation can be hard to find in an age when expectations are high and life is 'instant'.

"I used to have an old Boss Dr Groove Machine, which sounded very cheap. These things take some time to get used to and you can't be an expert in the beginning. That's what people sometimes expect the first time they use these machines. With too many possibilities people often don't take enough time to truly understand something…"

To a degree Jan has always been a producer and dj ahead of the curve, not overly concerned with what's cool and current but a true believer in his own musical outlook and taste. A lot of the music which Jan has played across the years has been reborn and revisited countless times, Salon simply acted as a venue in which to share honest taste without the pretentious assosciations and hype. Electro is the current flare, yet Jan is as disinterested in repetition and genre as ever…

"I've been a b-boy… A lot of the people who are listening and into electro at the moment are the same people who didn't pay attention the first time around and aren't through with it. I used to do Electric Boogie and was big into electro but for me now as a dj, everytime I play three tracks of the same style I get bored of it in myself and what I like most these days is that there is room to play beyond that."

For anyone who's seen Jan DJ in recent years you'll be able to appreciate that he is anything but static, his sets are as varied as his sprawling selection of musical personalities and taste. There are few who can truly entice and surpise with such honest, playful integrity as he, whether that's as Jan Schulte, Bufiman, Wolf Müller or in collaboration alongside Niklas Wandt, Young Marco or Christian Pannenborg. The opportunities are wild and endless…