It’s fair to say that dance music has an obsession with location. Chicago House. Belgian New Beat. Baltimore Club. Detroit Techno. All legitimate genres created by a group of people making a similar sound at a similar time in a similar place.

Todd Edwards grew up in New Jersey – another area defined by its very own sound. East Orange and Newark sit around an hours drive to the west of Midtown New York and were home to Movin’ Records, Kerri Chandler and Zanzibar, the near-mythical club that allowed Tony Humphries to help shape the "Jersey Sound”. Todd’s introduction to House music was through commercial radio and his friend ‘Filthy' Rich Criso, who’d started DJing at the age of 14. “I remember hearing things like The Jungle Brothers 'Girl I’ll House You', and Todd Terry’s 'Can You Party', and I was like ‘wait a second, that’s Move Your Body’, but I didn’t know about sampling at that time…Rich introduced me to people like Frankie Bones – he’d let me borrow his records and record them onto tape…I’d listen to people like Tony Humphries on KISS 98.7, Kenny Carpenter…and John Robinson, who did a lunchtime show on 107.5 WBLS.”

Edwards had been making music since high school – “I was writing cheesy pop songs" – and with House music he spotted an opportunity. “I felt like dance music was an easy in, which was very presumptuous of me – it turns out it takes a lot of talent, even though it sounded simple”. As Todd moved away from pop to house music, Abigail Adams from Movin’ was forming The New Jersey Coalition and pushing the Jersey Sound to the world – a more melodic, spiritual and song-driven take on house music.

Todd was 18 in 1990, still three years away from being legally allowed into a club, and he wasn’t about to start sneaking into over 21s parties – “I wasn’t one to take the bus into New York”. Todd would get his fix from the radio, sitting and listening to tapes and then buying records, analysing how the tracks sounded. He visited Zanzibar twice, the second time being caught out in a car-towing scam running in the club's parking lot. “I wasn’t visiting all these soulful house clubs…I mean I went to Zanzibar twice – the second time was the last time. I parked in the parking lot and my car got towed. I thought it was stolen but I got the car back a week later – I never went back to Zanzibar after that. That was that." 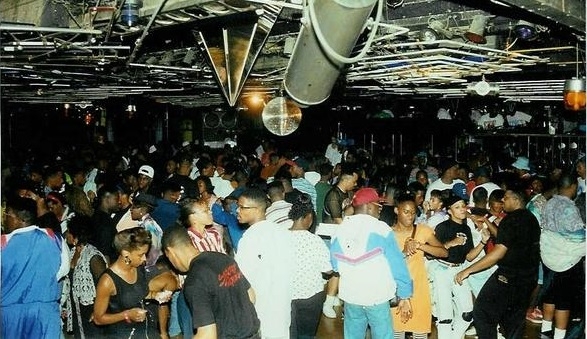 As dance music exploded in the UK British people were arriving to New Jersey to hear this new sound and US artists were returning from the UK with stories about their experiences – and ideas to appropriate. Todd’s first release was a remix for Marisha Jones, which led to an introduction to James Bratton from 111 East Records. Bratton was known for his work with Redd, Kim Beacham and his production on 'My Love Is Guaranteed' by Sybil, inspired (ahem) by 'Pump Up The Volume' by MARRS – “he went over to England, heard this song, he came back and put it on the remix. Then he heard Soul 2 Soul’s drum loops and used one on Sybil’s 'Don’t Make Me Over'…England was always an inspiration.”

"He's like ‘I want you to cut it sideways’, which was basically saying imitate this track”.

Todd’s first full release was on Bratton’s label, and it too was inspired by the UK. “James played me this big UK song and he’s like ‘I want you to cut it sideways’, which was basically saying imitate this track”. Get Carried Away was the end product, with huge, ravey UK-style stabs, pianos and uplifting vocals. The B-Side, Jump, was influenced by Soho’s Hot Music – “that whole scene had passed, and I was like, I’m gonna bring it back – as if I could even bring it back – but I was trying to go for those swing-type beats, before I developed my style”.

Fast forward a year and Todd has most definitely found own style. As I Am, released in 1993, is a bonafide Todd Edwards classic. “I wanted to be like Todd Terry and Masters At Work who had their own signature sound. I always tried to emulate Kenny Dope’s drum programming. I had an Ensoniq EPS sampler and I’d do the programming of the drums on it. The triplet swing on the quantise was really good, and it brought that shuffle-y sound. I loved the way that MK cut up vocals so I started to emulate that and then I started to branch out. I listened to Enya and I was fascinated by the way she used her vocals – I was like ‘what if I used the vocals as an instrument?’” FOT, released on i! Records in 1994, is the perfect culmination of these elements – the Todd Edwards sound.

1994 in the UK was a fiercely creative time. Hardcore had emerged from House and Jungle had emerged from Hardcore. Jungle was ours. It was the sound of Camberwell. It was Homerton. It was Harlesden. It was Moss Side. And by God we were proud. "House and Garage” moved from snobby, white, dull as fuck parties to become Room 2 at certain Jungle nights, and Sunday afterparties at places like Frog and Nightgown on the Old Kent Road. DJs like Hermit, Mickey Simms and Dominic Spreadlove were playing tracks by Todd Edwards, MK and Mood II Swing, pitched up to +8 to catch the attention of Junglists arriving at 9am to continue the party.

Todd knew about Jungle’s rise in the UK through magazines like Mixmag, but when it came to House he was in a bubble – “I didn’t have a very large perspective of the world. I was going to see Lil Louis DJ, hoping he’d play my tracks. John Ciafone from Mood II Swing was like ‘you know, there’s more than one DJ out there’. I never thought beyond New York”. Tracks like Saved My Life followed as did his remixes of tracks like Accident by Ride Committee, featuring drag artist Roxy. The "Todd Edwards dub" was built around Roxy’s drag queen vocals, screaming “You are an accident” – and like many of Todd's remixes it was a dub as he didn't have enough sample space for vocals.

Equipment limitations or not, any release with “Todd Edwards dub” on the label was going to be huge in the London scene and as Todd’s status had been growing UK producers like Grant Nelson, Dem 2 and Tuff & Jam had taken his trademark shuffle and created a British take on the sound. In a few short months, London had gone from House and Garage to Plus 8 to ‘Speed' Garage and UK Garage. The UK of UKG was curious in many ways, a scene clearly born from the US, but following Jungle it felt right we claimed ownership of this sound.

Todd was around 23 when he became the linchpin of a scene he didn’t really know existed. Garage heads in England started calling him "Todd The God", a name that originally belonged to Todd Terry, one of the first House producers Edwards had ever heard. Todd was going through a hard time, battling with depression, and his manager at the time used negative reinforcement to get what he needed from him – “I was such an insecure young person. I was so mentally unprepared for any type of success". When Todd heard productions from the UK he didn’t feel proud of what he’d started, he felt worried – “I was like ‘Oh my God, they’re stealing – they’re going to compete‘. I should have been embracing it, but I needed to grow up."

The Jungle scene had shunned commerciality – actively working against the major labels when they finally came knocking. Those labels weren’t going to allow that to happen again and by the early 2000s the majors had helped propel UKG from the pirates to daytime Radio 1, from the Sunday Scene to teenage girl’s bedrooms, and from Tuff & Jam to Dane Bowers and Victoria Beckham. For Todd it became impossible to ignore what was happening. Major label remixes flew in, and as Todd grew older – and stronger – he visited the UK for a couple of shows. On January 1st 2003, EZ booked Edwards for a night called 4×4 at Time and Envy, a huge, cavernous venue on the outskirts of London. Todd wasn’t prepared for the welcome – “they went crazy for every single record”.

UKG itself had perhaps peaked creatively, but Edwards had only really started. Daft Punk had met with Todd before Homework to talk about a collaboration that never came to fruition – “I thought they weren’t interested and then I presumed to listen to Teachers and I heard my name”. Todd reconnected, co-produced and performed vocals on Face to Face, returning to work with them on Random Access Memories, collecting a Grammy in the process. He’s remixed everyone from Hot Chip to Beyonce and produced the album Odyssey, singing on every track. He's rode the peaks and troughs of the music industry, managing to build an incredible career without developing an ego – "Longevity is more about making good music rather than making massive hits. I had a therapist say to me ‘don’t worry about making great music, focus on making good music’"

Todd returns to London this weekend to play alongside Mood II Swing, a duo whose music was also pitched up to +8 in those early days, booming out of pirate stations across London. He's busier than ever, with a hectic schedule of remixes planned, and his next step is starting his own label 'Imperatrice Music', launching with his track Catch My Breathe, featuring a ‘Todd Edwards Dub’ – 3 words that still mean as much now as they did in 1999.