Nathan Fake grew up in Norfolk attending a school where being into music made you an outsider. With early interest in the electronic scene coming from the likes of Aphex Twin and Orbital, Fake began to acquire his own gear to experiment with and released his first material on James Holden’s Border Community label. Since then Fake had a steady stream of releases, including the breakthrough debut album Drowning In A Sea Of Love, as well as putting out a series of impressive and diverse remixes. But all this seemingly slowed with 2012’s Steam Days being his last album release. However, with the arrival of DEGREELESSNESS, part of a new album project and a radical departure from the producer’s previous output, we caught up with Nathan Fake. 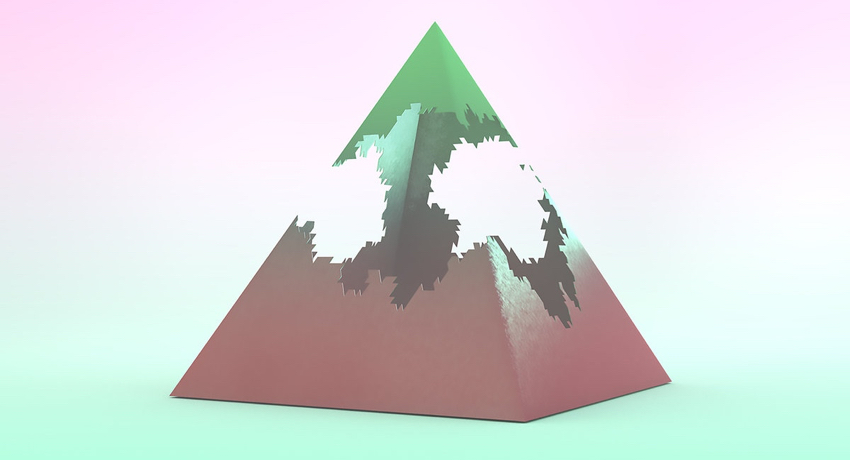 DEGREELESSNESS, Nathan tells me, is smudged. It’s a techno track, saturated and abstract with obscured drums, lasting an epic 8-minutes and built originally around a late 16 bar loop jam. This debut Ninja Tune 12” comes as a collaborative project with the New York producer Prurient, aka Vatican Shadow, founder of Hospital Productions and known for his warped spoken vocals. Such a project was born simply out of impulse, with Fake having sent him early demo versions of the track following encounters in the not too distant past.

“We had a couple of gigs together and that’s how I met him. I mean I remember we were playing a festival in Geneva and he just sorta came up to me backstage. I knew his music really well but I didn’t actually know what he looked like. I saw him again in New York when I was playing there and we met up and he suggested collaborating - he said he’d wanna do some vocals for me.”

I ask how this fits in with the rest of his productions, Fake having never really done a collaborative release. Nathan tells me that, whilst he’s never had a long-term plan with the way he makes music, the album DEGREELESSNESS comes from features two collaborations, something he is keen to expand upon. This casual approach becomes more apparent the more we talk – he tells me that whilst he initially thought that if it didn’t work out it didn’t matter, the results have been way better than expected, a highlight even of the forthcoming album. The only way to make it better, he tells me, would be to write something from scratch in the studio with someone, rather than just ping pong material backwards and forwards as was the case with DEGREELESSNESS.

But with Fake having released music since 2003 I’m curious as to how his methodology has evolved in that time. This latest release features Now We Know, a track produced in 2010 that’s markedly different to DEGREELESSNESS. Nathan tells me that whilst it’s quite a random b-side, something he never really knew what to do with, it was really well received at his new label and after twisting his arm to a greater or lesser extent, it got included on the EP. Moving towards unfamiliar instrumentation is what the new album was born out of, Fake explains, and whilst releases of old concerned creation using software, DEGREELESSNESS was made using out boards, basically on a Korg Prophecy, a forgotten ‘90s monosynth.

“When I was making stuff around the time of Now We Know it was so second nature using the gear I was using, so much that I got into a bit of a comfort zone and I’d stopped having, well, interesting ideas [laughs], and, y’know using a totally different setup is what makes you write music again… It’s good…”

With his last album, Steam Days, being released in 2012 it seems such a step out of his comfort zone made for the right choice. Nathan tells me the new album’s a big step up for him, both musically and in terms of the production. After having not written any music for a couple of years he eventually found himself in a better place, comfortable with making music again. He made the whole of the upcoming album quickly, having only started writing it at the end of last year and with the bulk of it being done this summer gone. Confidently I’m told it’s a lot better than the stuff he’s done in the past.

Such a step up naturally comes from a good place, and its no wonder alongside the album release comes a staggering 22-date tour covering the UK, Europe, Australia and Japan. Again collaboration appears to be the word of the hour – Fake tells me he’s working on an audio-visual live show, collaborating with several visual artists for the upcoming gigs.

“The melodies and stuff I’ve written are definitely some of the best I’ve done. I was quite pleased with Steam Days when I made it but it was quite linear. It was bit of a plateau whereas this one is quite dynamic. It’s sort of, well, it’s really a massive release…”

The Baltimore-based producer and rapper talk conspiracy theories, Steve Bannon and their message to Black Americans.

Atlanta In Focus: A lens on the creatives, DIY spaces and venues in the city's dance scene

Harsh Riddims boss Fit Of Body and Gabby Afable ask some of the city's key figures, both veterans and new voices, about their favourite spaces and places.

The musical polymath shares his wisdom and knowledge...

The French producer and Malian singer discuss musical ambitions, inspirations and channeling a message through music.

"Space reverberation has always fascinated me, even as a child when I found myself in a tunnel or large space with interesting acoustics I would put the rest of my life on hold and vocalize with that space."