For The Love Of Sampling: Romare Talks
Minute Read

For The Love Of Sampling: Romare Talks Sampling. Throughout the years it’s remained a topic of much contention. At best it can leave an artist with the image of being lazy, at worst it can make them vulnerable to the accusation of having watered down the musical lineage in which they borrowed from. Then there is all the legal nonsense, but that’s a debate for another day.

However, when handled correctly, sampling can produce incredible results. One only has to look back to the mid-to-late 90s when scores of Detroit producers were sampling the likes of First Choice, T-Connection and Marvin Gaye in releases distinct in style and sound, yet firmly harking back and paying tribute to the eras of disco, funk, soul and Motown.

Now, back to the present. One such producer achieving critical acclaim through sampling is Romare, whose releases on Ninja Tune and Black Acre have made their mark amidst the electronic scene. Romare’s unique style of sampling has led to releases that shed light on artists and genres potentially unfamiliar to the average listener. Neatly packaged, he rearranges the music of others resulting in a unique, distinct and modern sound. Ahead of the release of Love Songs: Part 2 we caught up with the man himself to talk about sampling, love and the feeling of working with Hendrix. 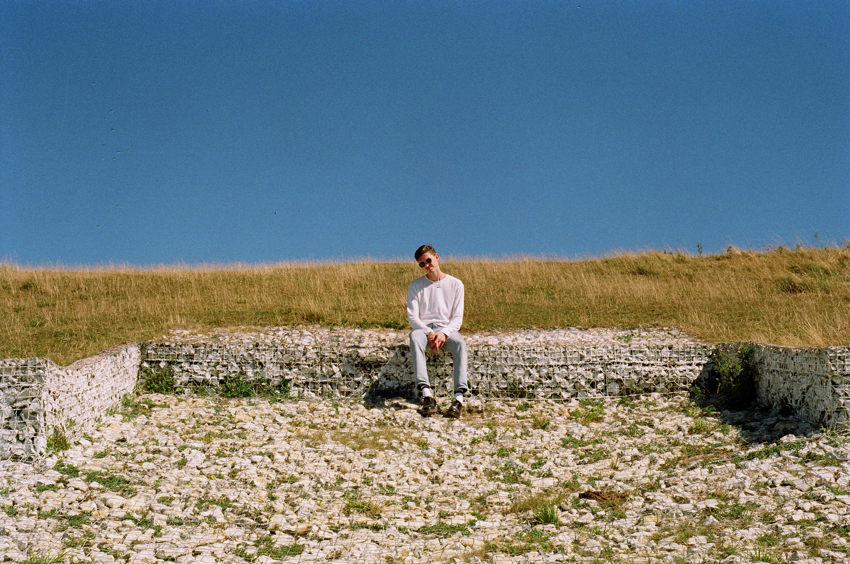 On listening to Love Songs: Part 2, the recognition of diversity is clear. The album holds a multitude of variety, tempos and styles. There’s a conscious mix of fast and slow, happy and sad, harder and softer sounds. I’m told this is deliberate – a spectrum rather than a single mood or feeling which is fitting to the overall theme of love. However, there’s certainly development, especially in comparison to Romare’s earlier works. I ask what has changed since he released his debut album Projections.

“I’d say the songs are more informed by me as a DJ – I’ve had more DJing experience leading up to the creation of this album than Projections and I think that’s informed the style of music. The tracks are longer, more repetitive and more drawn out. I’ve done the cover in the same way as Projections too – all the people on the cover are another link to the samples being used whether they’re a conductor, arranger, composer, instrumentalist, singer or whatever. They are to do with the sample I’ve taken for a specific song. It’s the other way I try and credit those samples.”

It’s intriguing to learn how Romare uses samples to help reflect upon a theme or in reference to an artist or genre. Projections, it would appear, was more a homage to the process of sampling itself and is directly linked to the work of Romare Bearden. The American collage artist holds a poignant influence upon Romare’s work and the producer samples him in both name and style.

Romare’s musical output is almost like a collage in itself, his work paying homage to musicians past and present and has over time become a tribute to many different styles of music. On a more technical level his latest release is fundamentally similar to Projections. The difference here lies in how the producer is looking at the idea of love whilst using sampling to the same effect. This, we are told, lies in the nuance with subtle nods to the different building blocks of love.

“I’ve named the songs after lyrics that I’ve sampled and, on one level, that’s my way of crediting the sample. There’s a song called Come Close To Me where I’ve sampled a scene in a film where there’s a man at the bar and a woman, and she suddenly feels like he’s falling in love with her for the first time, walks past him and there’s this kind of tension. I’ve sampled the noises from the restaurant in that film to try and explore that idea of proximity in relation to love.” 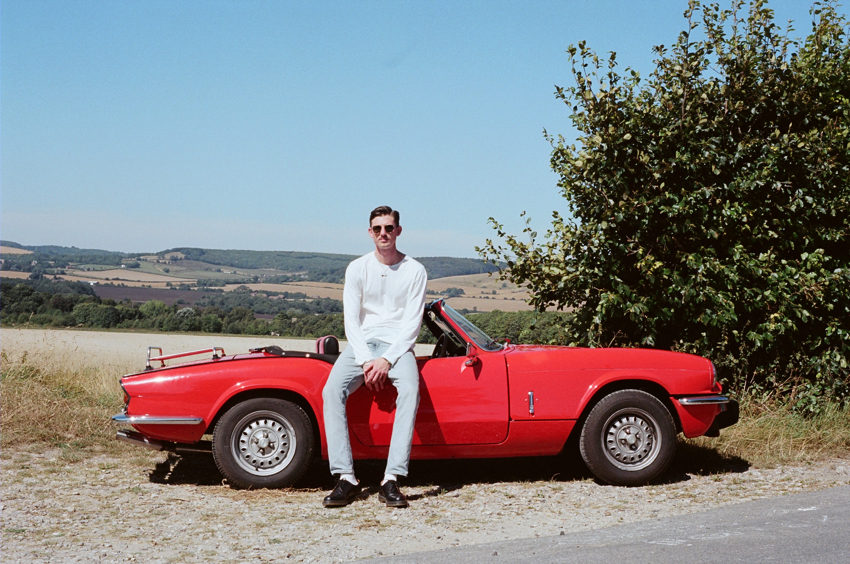 I’m told with an album that there is a certain challenge in production you don’t experience with an EP. It’s easier to manage a level of variety across four tracks than it is in 10, but the flipside to that coin is that with 10 tracks you have more room for experimentation. Romare explains that he’s finally gotten to grips with the synthesiser he’s using and that it’s been used far more in the production of this album. Instrumentation is certainly more prevalent on this release than Projections – a greater emphasis mixed with the use of much leaner samples.

“I’ve used a mandolin and a recorder on this one, and they’re both family instruments. The recorder was my grandmother’s and the mandolin is my dad’s. They used to play Irish music when I was younger and there’s an element of that in this album as well.”

This idea of an artist working to preserve the music of the past by integrating elements of it into their productions using family instruments is particularly interesting. This is something Romare has touched on before, and relates to the idea that so much of contemporary music is geographically or historically non-specific. For an artist that’s hell-bent on reimagining the past why use elements of Irish folk within an album that places far more emphasis on disco or psychedelia?

“I’d say it’s due to how my interests in music have shifted. For Projections I was very much interested in jazz and blues leading up to the conception of that album and I had a lot of jazz and blues records. Leading up to this album my interest shifted and I bought much more Western folk music. I also bought more American and Italo disco, which I’ve been using in my DJ sets. I wanted to move into different musical cultures, shift into more European stuff and experiment with that. Before I was into more American music, and before that African music. That’s how quite a few of the tracks sound different to my older songs.” 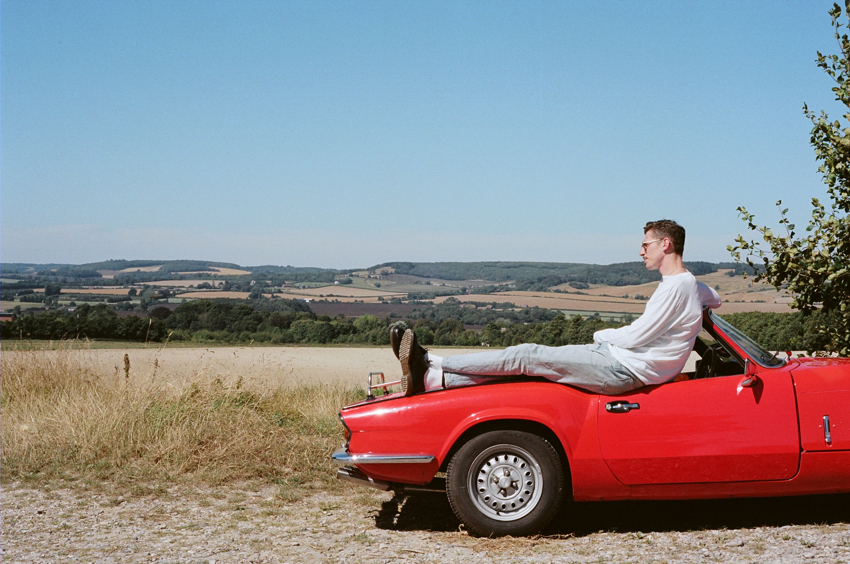 Before Projections Romare said he wanted to give a more natural and free flow to the tracks he was producing; that he didn’t necessarily want to impose a rigid structure on the music. Across Love Songs: Part 2 there’s definitely a keener sense of structure and one can only assume that it’s been used to help really reinforce the nature of love, the recurrent theme at the heart of the album.

“Love is full of different emotions; from happy to sad to everything in-between and they can be very strong emotions. That was a way of being able to work with many different varieties because I try to work in as many different kinds of music into a release as I can. Love’s quite a big old theme y’know. It’s massive. A lot of the places I play in are nightclubs or festivals. They’re places people go to have a break from their day-to-day routine. But they’re also places they go to meet other people and I think it rubs off in your music because you’re part of that. It’s an environment where playing the right song, whether it’s mine or someone elses, when you DJ can really create an emotion. Music’s the food of love in a way, it’s the way that people like to open up about their emotions.”

What lies next? Romare explains that his focus now points towards his live set. He explains that he’s got it down to the point at which the only prerecorded material featured is vocal samples. The goal is to retain spontaneity. He’s also working with a percussionist whose role is to emulate and replace the drum breaks and samples, which are a prominent part of his work. Everything else? Well that will be performed by Romare: live, relooped, reworked and abstract.

Having started out as a man who sampled others, this is an evolution in process. He once created his own unique style by the virtue of sampling, now it’s about restructuring that style into its own wholly individual musical performance.

“I want to keep it quite improvised. I was, in a way, inspired by the Miles Davis album Kind Of Blue where he would give the chord progressions or essence of the songs to the musicians the day before or on that morning and the sound would be recorded as a sort-of improvisation. What made it great was how the musicians were excited to explore the territory they could go into musically without having practiced it too much beforehand. That’s what I want to do. I want to do a different show every time. Whilst I feel its important to hold on to different musical cultures it’s also really important to hold on to musical ability.”