There are very few dance acts as influential as Leftfield, the two man project formed in the late eighties which went on to pioneer an era of rave and the integration of dance music into popular culture. "Leftism" remains to this day one of the most prominent and respected albums within electronic music and inspired a generation of dancers, producers, disc jockeys and musicians to explore unchartered territory.

The album, first released in 1995, was a groundbreaking invention which demonstrated the ability of electronic music to transcend beyond the stereotypical limitations of the genre. Emotion ran rife throughout, the layered textures and attention to detail surpassed expectations associated with the age in which the music was written. This is perhaps why people fell so head over heels in love with Leftfield as a duo, they represented the dawn of the cultural and social acceptance of dance music. Having been ostracized for years the late night dancer had been rewarded with a product of such high craftsmanship that others were beginning to take note. Times were changing.

Fast forward to the present day and Neil Barnes, perhaps one of dance music's most revered characters, is in the final stages of touring the "Leftism" live show.

However, in the distance rings a bell of change. Is it time to leave it all behind? Start from scratch? Rewrite the script?

There are many figures within dance music jaded by an evolutionary genre, some have moved on whilst others simply lurk beneath the shadows. However, the rarest breed of all is in those characters who maintain as much love for the present sound as they did the past. Neil Barnes is the epitomy of such a personna and the future shines bright.

He describes his attachment to dance music and progression….

"I'm always trying to surprise myself and people really. That's the whole point of why I make music. Trying to do something different and approach it in a new way. I listen to a lot of new music and try to keep up with what other people are doing whilst imagining what a record will sound like in eighteen months time. In the early days as Leftfield, we would always listen to other people. My biggest advice to young people would be to listen to other people and get yourself really involved. My love for making music comes from loving music. The best feeling, apart from making something I really like myself, is to hear a bit of music that I am really excited by."

Neil has spent a significant amount of time playing records in clubs as of late. The present electronic scene continues to inspire and ignite his senses as he indicates when referencing forthcoming music.

"As I am doing so much DJ'ing just now I have become quite interested in doing some dancefloor type of things. That's where i'm starting, just having some fun. I'm trying to do some stuff which isn't a pressurized album. I've been thinking about it for ages and I should have done it ages ago."

He even toys with the idea of using a pseudonym in order to release music removed from the Leftfield attachment.

"I have lots of tracks which I should have released at the time. If I do it nobody will ever know. I've written pure techno tracks which just aren't Leftfield. It would be fun being seen for just the music without anything else which is where the original idea for Leftfield came from." 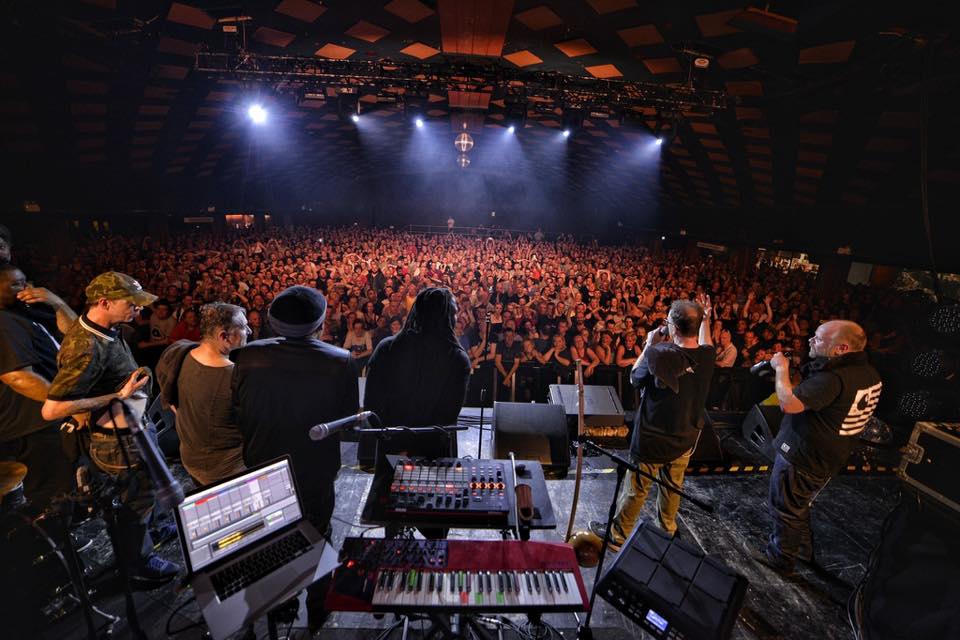 The last few months have seen Neil Barnes take Leftfield on tour around the country playing an array of sell out shows up and down the country, a send off to twenty two years of "Leftism". It's hard to believe that an album from decades ago is still able to sell out venues and clubs in an era in which dance music is perhaps as popular as it has ever been. Neil reflects on the experience as he prepares to close the door…

"I've always had a very clear idea as to what Leftfield live should sound like. We try to bring the full potential of the album to live, it's had to be as close to the record as possible and wasn't meant to be a new interpretation of it. There is a certain discipline attached to the whole project. Once you produce an album it isn't yours anymore. Obviously i'm doing it and Paul's not there so it's half of me and i'm always respectful of that. It is humbling, it feels like it is bigger than everyone and bigger than us. People tell me stories about how important the tracks are to them which I've grown to understand. To us it's something which we wrote and then finished. The two Brixton Academy gigs that we did, I've never experienced anything like that before. It was like Ibiza on the dancefloor. We wanted to make it a show that people would remember becuase in all honesty I don't know if i'm going to do this anymore. I think it's enough."

There is a humble sense of honesty about the way speaks on Leftfield. As a member of one of the most definitive groups in dance music he has played a crucial role in the evolution of a scene across decades. Work as Leftfield may now be drawing to a close, however, that is not to say that Neil won't emerge reborn under a new name, personna or alias. In fact it's more likely than not that your new favourite producer may just be a familiar face…

Leftfield will play at Beyond The Tracks Festival in Birmingham this Friday. More details can be found HERE.