The sky is an unpleasant shade of ominous grey as I walk amidst the hustle and bustle of Kingsland Road. It's a moody Friday afternoon in East London and there is a stark chill in the air, summer seems far away. That evening Lena Willikens would play all night long alongside her old friend Valdimir Ivkovic at a warehouse space on the shadowy outskirts of town, the flickering lights of the city but a distant glimmer against the deep black of night.

I meet the pair at Gillet Square around rush hour and am greeted with polite smiles and handshakes, both Lena and Vladimir have been on the road for quite some time, there's no exit route in sight. As disc jockeys and artists affiliated with electronic music they seem far removed from the stereotypical intricacies many whom spend their nights beneath the glow of lights often portray. There is a humble honesty to the way in which they speak and present themselves, this was not "the dream" but a reality based upon an array of spectacular circumstances and events which helped shape a career.

It is hard not to reference Düsseldorf at this point.

Salon des Amateurs remains a sparkling example of an institution which has helped define a narrative within a particular niche of music. It is more than simply a club but a state of mind and the perfect representation of in which music meets environment. There isn't a stereotypical sound but a sense of understanding as to the history which exists behind each of the founders and to whom the environment is curated for. Both Lena and Vladimir have held long residencies at the club in recent years, honing their craft and expanding their breadth of knowledge along the way.

Lena talks about the early days of the club.

"In the beginning Salon was not supposed to be a club at all, it was just a place to meet, hang and listen to music. During the first few years it attracted a lot of people who couldn't really name what it was, they didn't understand what was happening there. There were huge queues on a Saturday night and we would run a really strict door. People played free jazz records at 'peak time' and there wasn't even supposed to be a 'peak time'. All of a sudden so many people started coming and were interested in dancing to weird shit and this led to the first regular party every weekend. I wasn't dj'ing back then but Vladimir was, for me it was just really welcoming and about sharing new music that we discovered. It wasn't about DJ ego's."

The club acted as a gateway and helped form the basis of an ideology which many of those associated with Salon des Amateurs have since adopted. Just as the parties were free natured and unconfined so must be the belief system behind the people playing the records. In fact, even the notion of a "DJ" in a formal context remains up for debate when referencing the musical trajectory and style of Lena Willikens.

"For me it (the club) was super important. Without it I might never have started dj'ing and running my own nights. There wouldn't be this belief in sharing music. It's never been about 'dj skills', that was never the focus, just the music. Logically becoming a 'dj' was never something I intended and I still have a hard time identifying myself with the profession. However, sometimes it really amuses me. I enjoy reading the faces after telling people 'i'm a 'dj'' and guessing the stereotypical images in their heads…"

Whilst the club acted as an entry point for Lena there have been several chance encounters which have helped her navigate through the collision course that is modern day electronic music. Cómeme, the imprint run by Matias Aguayo aided in the output of her first EP back in 2015 whilst her long standing radio show “Sentimental Flashback” was also hosted on the label's illustrious radio station for a number of years. However, these opportunities were not sought but granted, an ethos which Lena has applied to the way in which she lives her life day by day. She smiles with genuine honesty as she reflects on her aspirations, or not, as they may be.

"All my life I've refused to think about 'becoming something'. Having a profession has always felt weird and wrong. I try to stay an amateur and don't let too much routine into the game. I try to avoid repeating myself too much, in order not to bore myself. I'm not someone who looks back much and I've never enjoyed picturing the future." 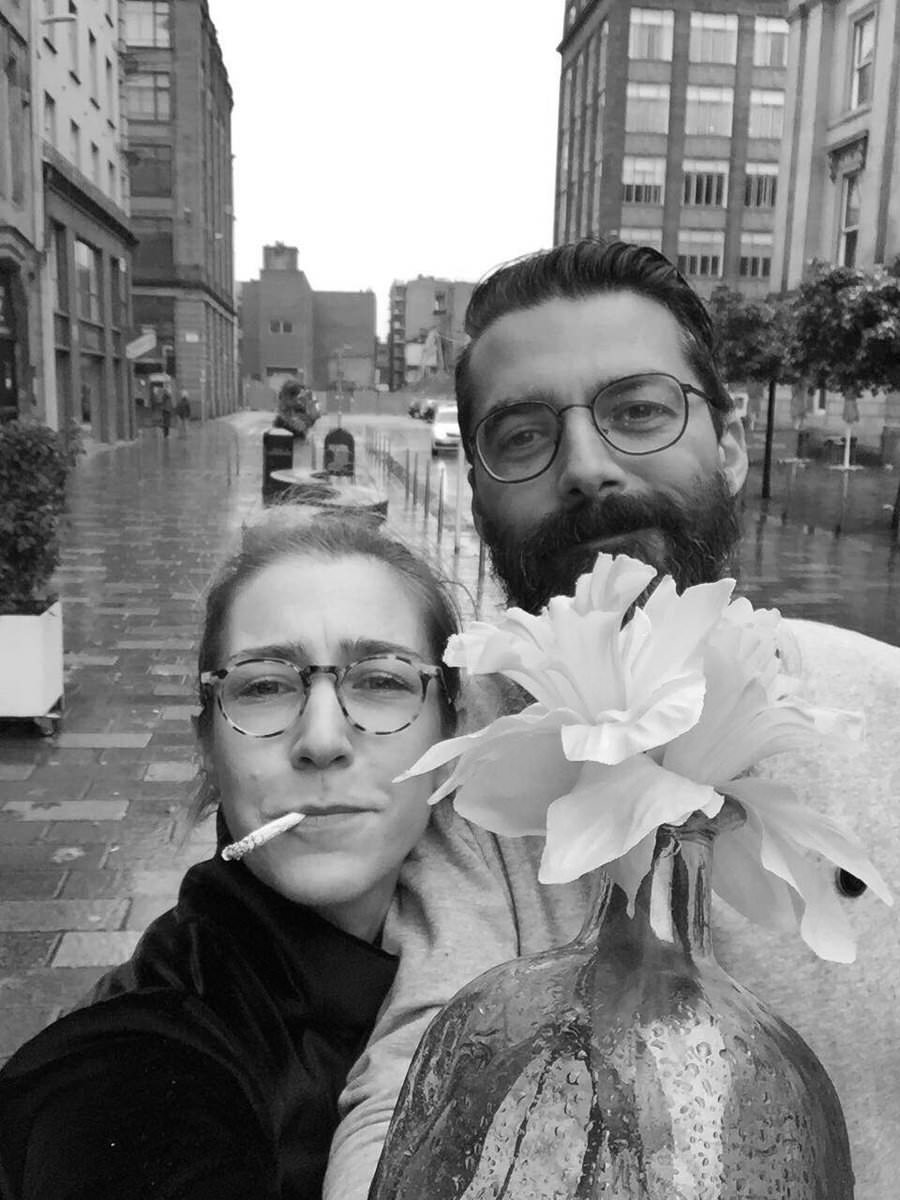 There is very much a priority placed upon the present, throughout our conversation this becomes clear and apparent in regard to a variety of circumstances and life choices, not just musically but across the board… When asked about the nature of stereotypes and her somewhat abstract take on the world of dance music she laughs and relays the manifesto. It's admirable to say the least.

"It's neither a choice nor an accident. It´s a consequence of what I've done in my life so far, and which people I've met. I was lucky to meet a bunch of wonderful open minded people at Salon des Amateurs and in the Cómeme crew, all are dedicated to music and willing to share. Stereotypes are boring and for me it's more of an instinct to avoid them in order to keep me going. Not only in music but in life in general."

Little is certain and self reflection has the potential to bore and tire. Why look back? This brings us to the conclusion of our conversation, a refreshing insight into the nature of the mindful experience behind the booth which is often forgotten. Having reconciled the nature of musical discovery and the importance of a humble presentation Lena places emphasis on how best to proceed in an era in which analysis and saturated opinions far too often have the last word. If you weren't there then what do you know?

"I really enjoy creating special moments together with people who are willing to go on a journey with me. It's over when the lights turn on and these moments become something else in your memory – but cannot be reproduced. It's not creative detachment, I think it's actually the opposite. In order to create something in the moment, which I can identify with, I have to be emotionally connected with the music and the crowd. Listening back to a live recording is frustrating because too much information is missing and sometimes I just can´t recreate the feeling of the night in my head. It tries to capture something which cannot be captured. From the temperature of the room to the smell, the mood of the crowd, the atmosphere behind the bar, and so on… It's not just the DJ and their music that's involved in creating something that's special, or something that's not."

Lena Willikens will play at Farr this summer HERE.  More details can be found HERE. Listen to the new track "Neue Obake: on Dekmantel HERE.