"Thanks for reading. Nothing is bigger than music."

"Thanks for reading. Nothing is bigger than music."

Collaborations have the capability to exist in a multitude of fashions. Some are wonderful, enticing and leave you questioning why this isn't in fact a project in and of itself. However, others simply just flop, no matter how much creativity is piled into the process... Thankfully Z.I.P.P.O and Hiver's is a thing of beauty and a rare showcase for how minds should meet and synchronise.

It would seem that they felt so too.

This month marks the release of a new EP, 'Intuitive Linear View'. The release is a beautiful showcase of deep, thoughtful electronics which weaves between elements of IDM and electro. Ambience was certainly the focus here as they capture moments of bittersweet sadness and euphoric flurries across the course of four tracks.

We asked the team to interview one another, describing what they feel makes the project work well...

Have you ever asked yourself why you started making music?

H: Our story is quite curious and weird. We come from a small city, Trani, where it’s quite common to know people with the same passion and attitude. But this never happened until some mutual friend brought us together in Milan. After several meetings we realised we had a lot in common. We guess that’s the point when we became a duo.

I’ve always been impressed about the copious amount of work you guys put together selecting music and writing songs, all this in between your work and private life. What is your method?

H: This is easy. Primarily at the beginning we decided to share our private lives, living together in the same flat for many years. It was like being in the studio 24 hours a day where every idea took shape in a few minutes. Over time we have abandoned this extreme method and we have succeeded in creating an artistic synergy, even with each of us having his own space.

What’s something you would never tell me?

H: That you have beautiful eyes

When I listen to your solo stuff I feel there’s a link between images and sound, is it just my impression?

H: It is not just an impression. We always thought there is a strong connection between images and sound. We mainly draw our inspiration from absurd scenes that we imagine, the colors of the day or everything that surrounds us in general and has a very strong visual connotation. It's always very difficult to explain the creative process but definitely agree that what we observe or imagine has an important role in this.

When I release a new record, I start to think how people would feel about it and how they will relate to each track. To me, every record in the house means more than it is. They capture a time, a vivid memory. That memory anchors the song emotionally, this way each record feels like an idea you could open and use. Do you also feel the same connection? How have other records influence your creative process?

H: We obviously have different points of view on this. However, we agree that every record arouses an emotion or evokes an image in us. This certainly influences our creative process and the way we make music. Essentially we try to achieve the same goal, which is to express something to the listener. 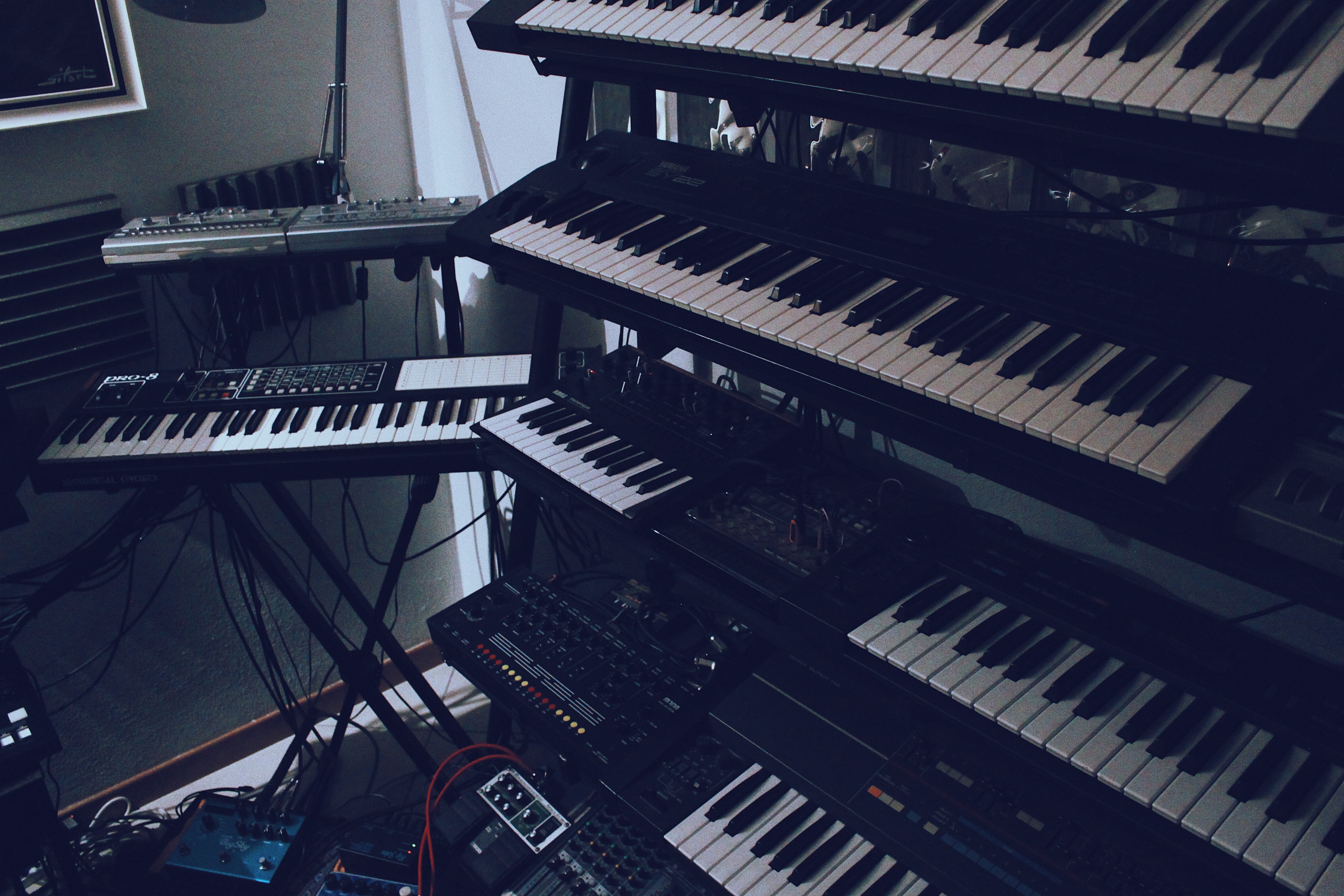 You guys know I’m not a musician and I always regret not having studied any musical instrument. Tell me more about your childhood, what was your approach to music back then?

H: Yes one on piano and the other on guitar. We believe that studying music has played a fundamental role in our work. Many times, however, this approach puts too many stakes in the way we make music. For this reason, sometimes we try to forget that music production has some certain guidelines by looking for a more free and carefree approach.

You guys have lived in Milan for a long time, is there any particular place that inspires your creativity?

H: As much as Milan is a place full of art and creativity, it has never particularly inspired us in our creative process. More than anything else perhaps, what inspires us is the environment and the life context we experience every day.

At the time we were making our Ep “Intuitive Linear View” I was listening to a lot of ambient and IDM records. What were you listening to during this period?

H: We do listen to quite a lot of music daily, mostly while driving. We drift from Jazz to Ambient and everything between. We actually don’t stick with a certain genre for long; this is also reflected in the records we buy and collect and to what we play to the audience.

Do you feel happy?

Hi Giuseppe, where are you writing from?

Z: Hello homies, I’m writing from my flat in Berlin. It’s one of those gloomy days.

Born and raised in Locorotondo, Puglia: How do you feel about the local scene?

I have a very tight connection to Puglia and my hometown Locorotondo. It’s where I started my music career as producer and dj. At the age of 15 I was already spinnin' records at local Apulian parties. At the same time, I practiced endlessly at my parents’ where I built my first studio, that still exists and I consider it my sanctuary. Despite moving to Berlin in 2013, I travel frequently to Puglia to work on my 3KZ project. On top of that, over the past few years I'be become a resident at two of the local festivals: Polifonic and V!va.

You are living in Berlin, which is a hub for electronic music artists, do you have a connection with anyone ?

Berlin is a special city and moving here has certainly influenced my creative path. Most of my education as an artist came later in my life while living in Berlin, as a result of meeting many interesting, talented artists and musicians that are established here. I like the idea of being personally connected with labels that I work for: distributing my records just by walking into record stores and having people over to the studio jamming and talking about machines and softwares. It’s a beautiful feeling, and it’s fascinating anytime you hang out with creative minds in this city. 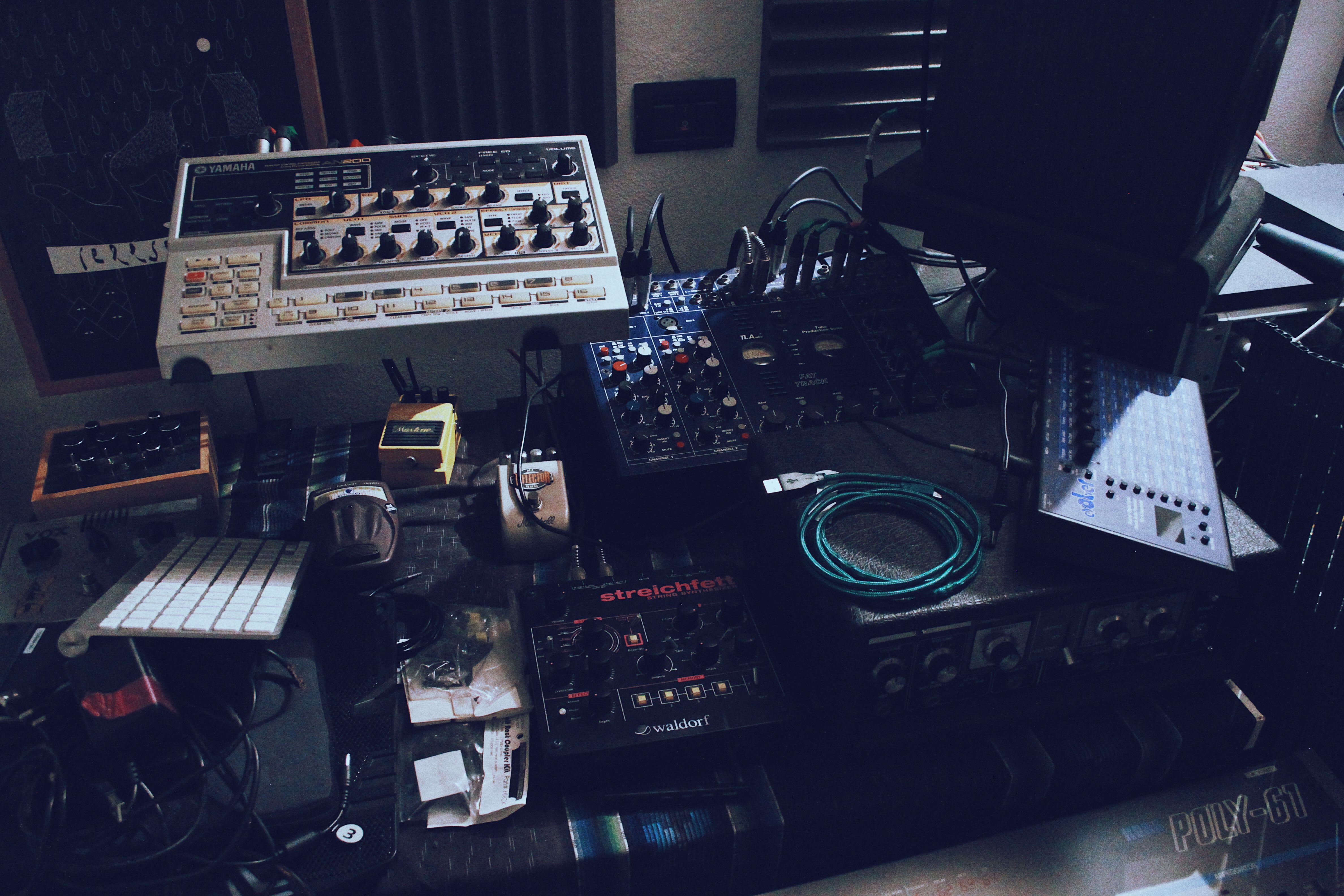 Doing this full time, how do you organise your daily schedule?

Over the years, I have encountered many plans and tried some of them. Some have worked wonderfully; some have left me cold. But still I can’t comment on a regular practice, although there are a few essential things I try to accomplish daily. For example, I’d focus on answering all my correspondence and listening to new stuff during the morning. It’s the moment of the day where my mind is bright, sharp and alert. But when I’m creating, the equation is a little different. It really depends on my mood, time of day and level of wakefulness. Sometimes I prefer to make music at night, when I’m less alert. Other times, early in the morning without a foggy brain.

What are your favourite food spots in Berlin?

My place, you know why.. haha. But, seriously, Berlin’s dining scene is really taking off and the city is living in a sort of “Renaissance”. At this point, I have several favourites and still many more to try.

Considering you've been doing this for many years, do you ever consider what you might be doing if you'd taken a different path?

Sometimes I think about this. Life is unpredictable, especially for artists. What if someday I won’t be able to do this for many different reasons? Can I  do something else? Accept it? I started very young - almost as if music had chosen me, constantly feeling gifted and lucky to be here, going to bed thinking about what could be next record to do the following morning. I still want to believe so let me dream.

If you had to eat the same dish everyday for the rest of your life, what would it be?

What is your approach to a gig? Do you prepare yourself somehow?

I’ve been experimenting with new equipment over the past few months and playing more with cdj’s. I still love the hybrid approach where I can be able to bring records with me but some dj booths are not as “vinyl friendly” so I've had to adapt and export my vinyl collection to wav files.
I don’t really have a specific folder for gigs but I do categorise all tracks in multiple folders named with colors. Each color represents a sound or more profoundly a feeling.  I can easily mix through these folders by plying a specific color that represents a “vibe” to me. It sounds a bit abstract but that’s my approach, pretty based on building up a different experience every time.

Would you like to say something to the people who are reading this?

Well, thanks for reading. Nothing is bigger than music.

No topic too big or small, Franz's new album and the future of creativity were on the agenda when he resumed his conversation with Mike Boorman...