There are very few names who have managed to maintain such presence amidst electronic music as that of The Hacker. The revered producer has been making music since 1989 and has released on more record labels than we could even claim to have knowledge of. His most recent outing was on the prolific Dark Entries record label run by Josh Cheon. It saw him return to his roots adopting the sensibilities of new wave, punk and techno…

One of his most prolific projects to date was his work as part of a domineering duo alongside French producer Miss Kittin. Together the pair recorded an array of music which helped to define a genre and an era within dance music. A force to be reckoned with who left a firm mark upon a sound which is witnessing a revival of sorts in the present…

Read the interview below…

What is the track that we made together that you really don’t like anymore?

LOL! Strangely none, from what I remember. But if I’d have to say one, I would say sometimes Frank Sinatra by being asked to play it so much, not because I don’t like it. I’d be curious to know yours by the way…

For you what is our best album? The first or two?

First will always be the first… We were so innocent and raw. But I am very proud of Two because it was much more difficult to make after that 1st one.

Is there a singer that influenced you when we started?

Absolutely none, as I never wanted to be a singer, or even a musician, or a DJ. I know it sounds odd but you got me into that. And maybe it was the best thing that could ever happen to us, that I wasn’t influenced by anyone.

Are you bored when I speak (for hours) about South Park?

Not at all, as you speak much more about Duran Duran!

What was our best live show so far? (According to you)

I have no idea, as we didn’t realize anything at the time. Our first show in Berlin at Discount, where the whole scene was there even Sven Marquardt at the door but we didn’t know anyone, I was singing on a small box. Mayday because I nearly missed the show, no soundcheck on main stage after Westbam, and definitely Benicassim where you sister saw us for the first time. And that one in Chicago where our backing tape stopped so many times I had to tell jokes, and ended… well, you know where… But you know, after giving it a second thought, our last tour was much better, in every way.

What do you think about the « dj star» era that we’re living? Isn’t it a bit ridiculous?

Michel, most of our famous tracks are about that, Frank Sinatra, Life on MTV. We were ahead of our time. Sign of Times as Prince would say. Rather sad than ridiculous, this massive self-insecurity, narcissism, social media selfie era. But don’t worry, we were always safe, we never wanted to pretend.

What about having a nice dinner in a restaurant with really loud techouse, nearly in the dark and with food full of coriander?

What a dope idea. A fusion lounge dinner. Your treat?

Haha. You talk about him a lot lately, it starts to be suspicious, I hear a hidden envy somewhere… To answer your question,  I love « nearly »  everything about Oxia, and so do you!

With who would you like to sing in duo?

Tough one. I may have to say Damon Albarn. You know I have a thing for him. A woman? Someone like Catherine Deneuve would be interesting, a dark ironic spoken duet, in French.

Are we too old to go back on the road with a new album?

We have to speak about that in private… According to our old age, the logistic has to be smart, Columbo/Xfiles/South Park boxes and no tequila.
Remember once we considered doing a gastronomic tour, thanks god it never happened. 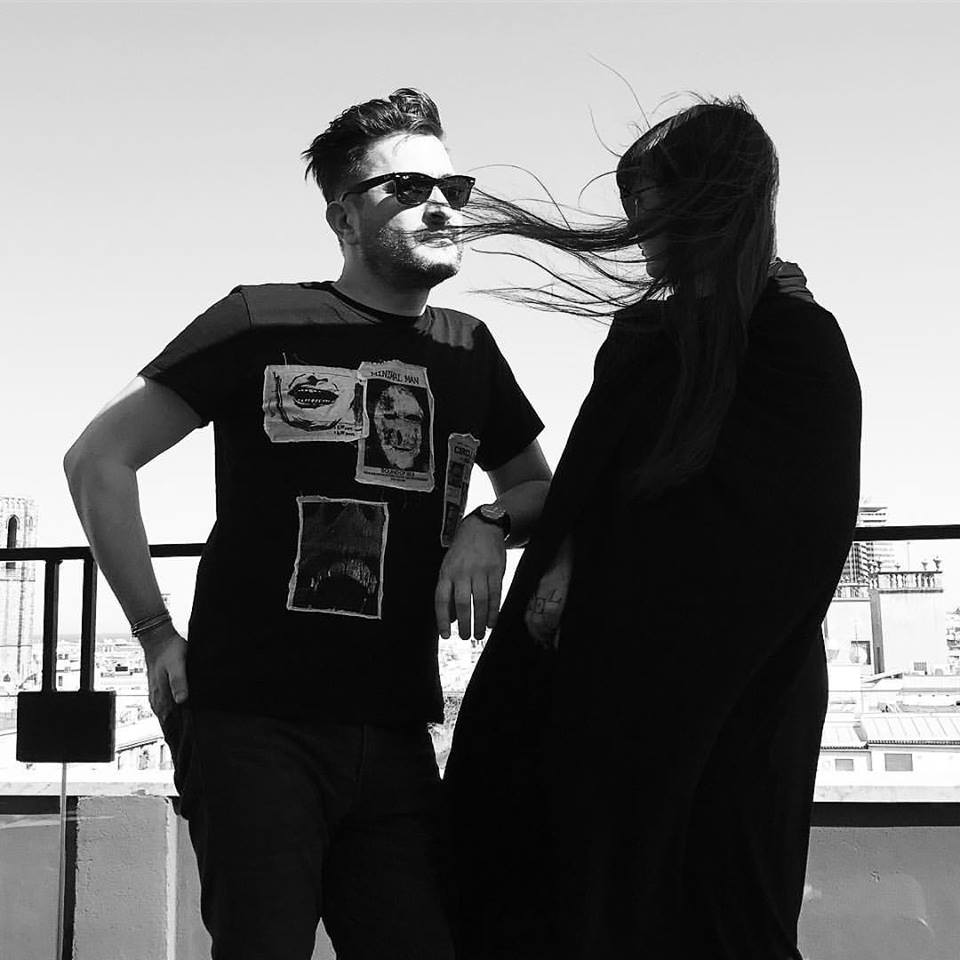 If you could tell one funny/weird story that happened to us, on the road or in the studio? Something not too private of course!

There are so many stories !  The ones that come to my mind first are : being lost in Austria waiting for a hypothetical driver, almost die flying with a very cheap Mexican airline ( with dj hell saying this legendary «  in Germany we destroy this plane «  to the pilot ! ) and most of all playing all those shows and big festivals between 1997 and 2001 with absolutely no crew with us ! Just you, me, a dat machine and 2 keyboards!

What is the track we wrote together you are the most proud of? (please don’t say Frank Sinatra, as you usually say it paid your flat!)

I think it’s «  life on mtv » because it was the first time that I managed to do exactly what I had in mind . I love the simplicity of that track, I love the lyrics, I honestly think it’s our best track.

What is the best thing you think you did in your career, music wise, or decision making?

Stick to my musical style, never try to do something because it’s trendy , in doing this, it means that sometimes I’m «  cool », and sometimes I ‘m not, but I don’ t care, I just do what I like.

What is the piece of studio gear you couldn’t live without?

If you could meet one of your musical hero, who would it be? Dead or alive.

Which band you would have loved to be part of?

In the cure during the «seventeen seconds» era

You say the best invention after the wheel is room service, then what’s your favorite thing to order?

Club sandwich! And you know that!

Knowing you are quite obsessional about some things, what is the book you read over and over?

«autobiography of a liar« by graham chapman from the monthy python, I read it a thousand times!This book is so funny!

When am I finally going to eat your mother’s famous polpette?

I saw that you’ll be in Grenoble soon, so this could happen! Haha.

When are you coming to my house for pot-au-feu and Columbo?

Winter seems to be the right time to do that, so it can happen any time soon ! Be prepare ! I’m on my way!