“We’ve never met, but we connected very fast through sounds & approaches we love in each other’s work.”

Riding high after the release of their debut EP on Ransom Note Records, Lava Around The Floating Island, ILHA, we have the duo (a.k.a. Nandele Maguni & African Ghost Valley) in conversation with each other here. Touching on all manner of subjects, from where music began for them, to exchanging ideas via Instagram, we take a peek inside their creative process and how their phenomenal debut came to be. 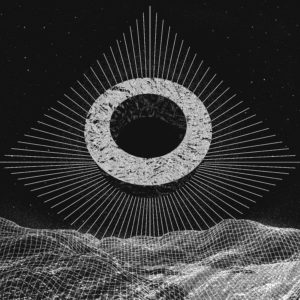 Childe/AGV: How did music enter your life? The first time you concretely feel a sensation of not just hearing but listening or the both maybe at same time?

Nandele: Music entered my life at a very early stage. My dad used to play me his record collection while I was a baby to my teens. He played me African music and all kinds of music. He had a great ear for music. Yeah I always liked to mess around with his hifi and started making my own selection and I think those hifi buttons now are the midi controllers and my drum machines and synths today. This to say that my dad in one hand really shaped the sound artist I am today.

Nandele:The same question goes to you? is there any particular record that made you say this is it, I am going to make music?

Childe/AGV: Many records in fact but it was even and still be more the sounds that were at the heart of me. I remembered being so happy when my dad, too, gave me an old tape recorder… Come on it was just magic! I was recording words, sounds in my bedroom, tv shows, invented a fake radio for me and my building project friends… I was fascinated by two things as a kid and it was sounds and drawing and I managed to make the both really part of my life. Passion in the veins.

In terms of records, the first one I remembered having more than a crush on was the band Kiss “Destroyer”, after that New wave and indie stuffs, also played in hardcore bands, made a fanzine, interviewed bands… until I discovered Terry Riley and started doing experimentation in music, it was like a gate opening that never closed since … and after that I went into making music with a small video editor soft named “ Sound Edit” that a friend gave me which was super nice as I was able to include all my backgrounds and envies in it. Freedom!

Childe/AGV: How do you approach beat making, which is a science you have and where this precise type of sounds works bring you as you do it and listen to it after it’s done?

Nandele: It’s a bit complex, it’s always progressing and it changes from time to time, it always depends on how I am feeling at what is going on around me. I used to start with the drums then the samples. Now it’s all over the place meaning that I have this child-like approach with technology, figuring out what each button does, and I found out it brings incredible surprises and results. And at the end of the day it has to move me spiritually .When I finish the record I listen to it a lot so I can improve and add a few spices.
That’s one of the things that I think is why this project was awesome because each time you would send me a file, I didn’t know what exactly I was going to get sound wise and that inspired me a lot.

Nandele: What was your approach in creating the sounds for our collaboration and what was the process behind it?

Childe/AGV : I, to be honest, started with strictly no ideas and build something that I felt could have an echo to you… It sounds a bit mad but it’s true.
I had no plan. But I knew that I wanted to use my dear SP 404, favourite instrument, a Roland sampler that never leaves me and that makes me trippin’ and travelling a lot.
First and after some other devices that could include field recordings a lot and synthz…
It’s very sincere the result we got also because it took us like 1 month and a half and it is purely based on a sounds and music exchange.
I would say also an element that helped is that we are not doing similar things in sounds, different approaches bring a kind of complementarity I mean.

Childe/AGV: And so Nandele how do you proceed in creation?

Nandele: I Just followed my instincts  and how the sound you presented to me made me feel. It was a challenge in one hand because we didn’t see eye to eye or we were in the same space. On the other hand, the music to me felt like we were, at least sound wise we were. and i accepted the challenge because it made me learn more and it felt like a band as well, where every member knows how to play their part. so that was my main approach to it.

Nandele: How was it to you to collaborate without sharing the same space?

Childe/AGV: I did that many times and it’s a feeling I love as I love also being in studio and create, if the vibe is good I do not care… But being behind my machines and instruments and sculpting slowly it’s damn cool too. I did not feel on our project the need of it and when I see the result I feel really good. We did not have time to go back and forwards and questioning too much. It’s very direct and make me feel that more will come as we already work on some.
Also having a good echo and a great label considering that our work is good enough, that’s a massive game changer too I would say.

Childe/AGV: We never meet, but we connected very fast as I mentioned just through sounds and approaches that we love in the work of each other. What did start you on saying ok to a collaboration and finally a project together?

Nandele: I am always open to collaborate because when you create by yourself it can be a bit scary as well and you can burn out when it comes to ideas. So collaboration is just like adding fuel to a fire, and it brings more challenges and that helps a lot when you get back into working your solo project, you can apply new things that you learned with the collaboration. And in this case in particular we communicate through sound, a call and response vibes. So we are soul brothers through sound.

“I am always open to collaborate because when you create by yourself, you can burn out. Collaboration is like adding fuel to a fire.”

Nandele: how do you feel about it? I think we handled this project entirely on instagram, how do you think social media shaped this collaboration sound wise?

Childe/AGV: I did not think of it one minute as I was merge into the sounds we were sharing and collaborating using social medias, as said, is pretty natural… What I like is the quick answer we gave to each other and all along the creation, sounds, tracks, name of the project and visual…
I feel blessed bro as you are a patient and a listener so it made the all “process” easier… Smooth also because we had no goal except having fun, experimenting. Rare.

Childe/AGV : Aside music what are your other artistic interests?

Nandele: I would like to venture into visual art, and cinema. But it’s going to be difficult for me to leave music behind and can’t live a day without making a track or at least recording some sound on my phone or on the tape recorder. So music will always be first and then if something else comes along and it moves my spirit in a positive way and enables me to contribute in people’s lives positively I’ll do it. Besides that who know will perform this record together in the future or will start working on the next project. All i can say the future is bright.

Nandele: how do you see yourself in other artistic perspectives?

Childe/AGV: I think we gonna cook a second EP… No?

In fact I’m keeping a good balance between drawing and producing sounds that are my two passions as mentioned at the beginning. One is feeding the other.
I’m having a better”let it go” with music work and not so much focusing on some disturbed thoughts I can have in other disciplines. Music is an escape, even if sometimes people called my music “End of the World music”, ruins… Stuffs like that I think that each person react a different way… So based on that I build and just follow my instinct as you Nandele…
Thousand of birds in the forest, some you will listen some not and it is the beauty of being and doing.
Not doing it the art for everybody. I’m doing it for the ones who need it.
Including myself.

Drawing and painting is a more introspective approach, echoing life, happiness or troubles… A different journey.

But the both are linked to my guts deeply… Sounds, signs… News
‘To hell and back’: Seven Davis Jr. talks mental health and the road to recovery