Paris has been a home to many a creative, it plays a crucial role as a cultural hub for expressive types and wild ieas. Francois X and Bambounou are two musicians based in the French capital who have captured the ears of a new wave of dance and electronic music listeners. They draw upon references passed down from those before and have reinvented the sound to fit their own needs.

Francois X is the founder of DEMENT3D, a record label which has been prominent since its formation in 2011. It has acted as an outlet for both Francois' own music and various others who have also helped carve a narrative, with contributions from the likes of Voiski, In Aeternam Vale, Antigone, Valentino Mora and more.

In 2017 Francois X released his debut album in the form of "Irregular Passion", it was well received and widely appreciated as a conceptual piece of electronic music which meandered between ambient soundscapes, techno and beyond. Towards the tail end of last year, after the dust had settled on the release an announcement was made that a number of producers had been invited to remix and rework music taken from the album. A crafty assortment of musicians all contributed including Redshape, Bjarki, Prequel Tapes, Pessimist, Elise and Bambounou were but to name a few. The latter of which is also a Parisian powerhouse who has been releasing abstract techno and bass to great acclaim in recent years. Bambounou has appeared on the likes of Whities, Lavibe, Disk and 50 Weapons and has a penchant for broody percussion and deep, intense electronics.

We invited them to talk charm, techno and food…

Question 1: I’ve played with you a couple of time and see how you carefully use your eq’s so that everything would blend in perfectly, the real question is: Are you a good cook? And do you enjoy cooking?

AHAHAH, Thank you mon poulet. I love to blend things carefully, to create this soundtrack where all tracks are put in one. It's the same with cooking I enjoy mixing ingredients in a delicate and precise way to get that magic flavour: one flavour where you cannot recognise the individual ingredients. The ideal match. I cannot say I'm a skilled cook, because Im so difficult with food but there are some dishes I can really cook perfectly.

Question 2: You’re about to release a remix compilation with over 10 artists, do you feel having somehow a connection with them is important? If so how do you choose your remixers?

For me the Irregular Passion Reshaped LP, is a project which mainly relies on connections I have with the artists. It can be a friendship connection like with you, or a more professional one. But in the end I need to have this magical bond with every one of them. They have to make me dream musically. I love people with strong characters and charisma. The artist selection came about naturally, some of you were my friends who I was fond of on a personal level and inspired me musically and others were artists I dearly loved. For example Redshapes Reshape represents an artist that influenced me a lot. I always was a fan of his detroitish strings and the way he used cymbals.

Question 3: What do you find inspiring, outside of music, to achieve such delicate and elegant productions.

I think I am really selective with everything, I love beautiful minimalistic and delicate things. As a result my surroundings are constantly inspiring me. It could be high end furniture, fashion clothing and contemporary art. When I'm producing music, the love I have for the utopia of night is something which holds a considerable place in the creative process. I love that part of the day where everything is possible. It's so mysterious and inspiring. I worship it.

Question 4: Where do you see yourself in 10 years? (tricky one héhéhé)

I don't really know, but I would love to be producing music for films and creating beautiful audio landscapes. This is a goal I want to achieve. 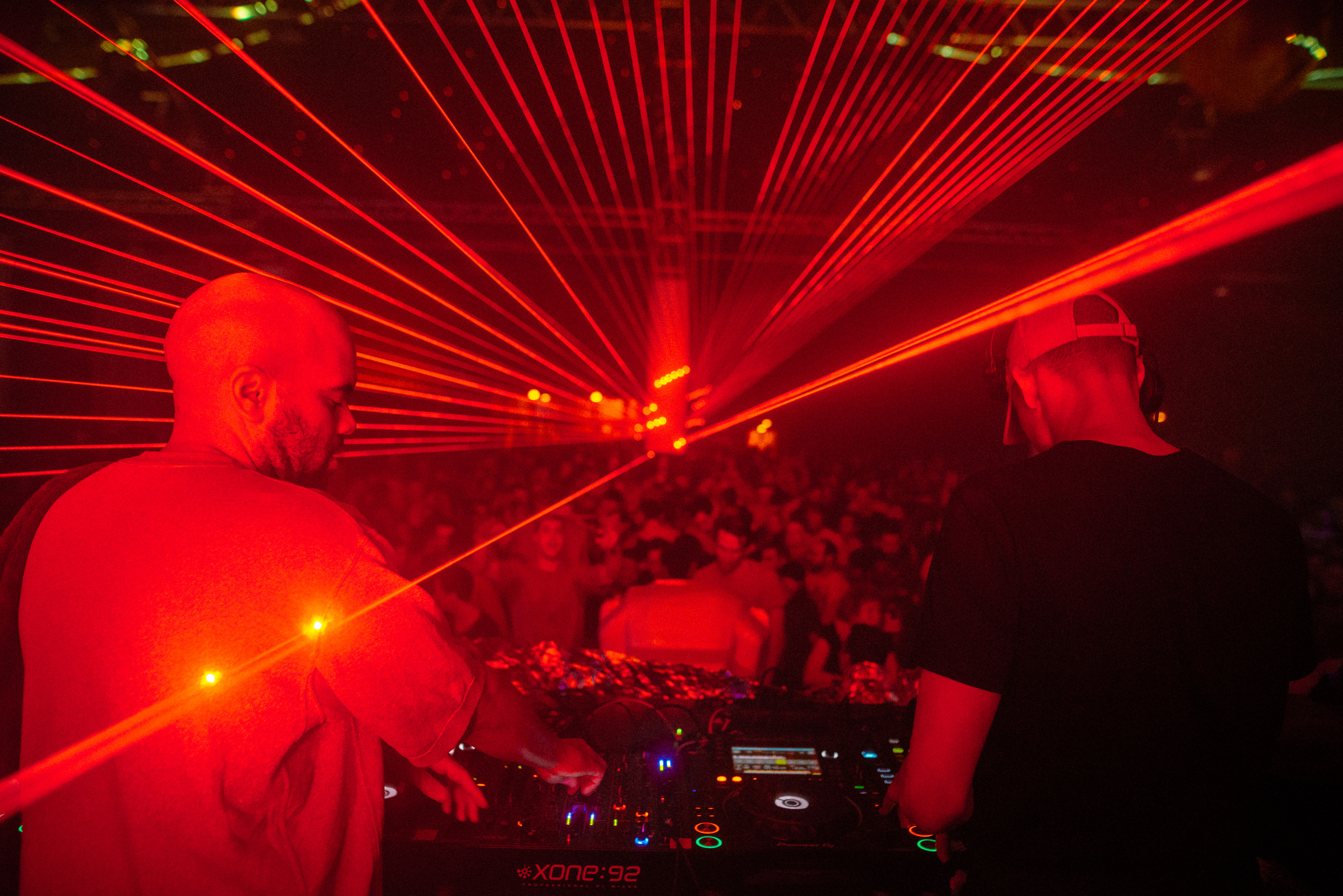 Question 1: I’ve known you since years now and you always smiling bringing a good vibe to the audience Why are you so charming?

I’m trying not to have time for negativity, we don’t have much time on this earth and it’s better if we make the best of it, and whenever I take a step back and realize what i’m actually doing I feel blessed, so I guess i’m expressing the fact that i’m happy using my zygomaticus muscle function. And i’m cute 🙂

Question 2: Your production perfectly reflects your multicultural roots. Is it something you think about or just a natural feeling?

When I started doing music I never though of it that way, and even now that my ear is somehow sharper I still try not to over intellectualize what I do, i try to connect with my emotions at the moment and let my mood speak. Recently it’s been very minimalistic (always been I guess) so I would say it’s a natural feeling.

Question 3: You re a family man now how inspiring is it for you as an artist?

Becoming a dad changed me in so many ways, but I think I became generally more organized, having a tight schedule is better for me in that way that I plan what i do and I use my time carefully, just like before when I said I don’t have time for negativity and now I don’t have time for bullshit either ahah. But regarding production or music in general I have a different approach now, I want to keep things simple but still have a thinking behind what I do (Just like taking care of a baby)

Question 4: Tell me when are you going to launch your label for Christ sake?

Dude, the funny stuff is that i’ve been saying that for ages now, to pretty much everyone that I know but it’s a subtle marketing strategy and when I’m actually going to launch it people will be aware (ahahah) LOOK OUT FOR 2020.