Ambiguous Circumstances: Who is Brigitte Barbu? Pépé Bradock is perhaps one of the best known, definitive figures in house and electronic music. For over twenty years the Frenchman has released an exceptional array of material which has inspired and delighted listeners the world over. I could list the endless plethora of great records that he has been responsible for, let alone ‘that one’ with all the Youtube views and recommendations.

However, this isn’t about that. This is about his take on experimentation as he channels new inspiration and influences which stem back to his earliest musical interests. Never one to buy into hype or exaggeration he has retained a relatively low profile, preferring to release music on his own terms and not abiding by trends. This was somewhat observed through the playful experimental series known as “Imbroglios”. It is absolutely defined by the release of his new album under the guise of Brigitte Barbu, a mysterious moniker with a brand new style which taps into something old.

I spoke to Pépé Bradock, an unedited conversation about an illusive new identity. 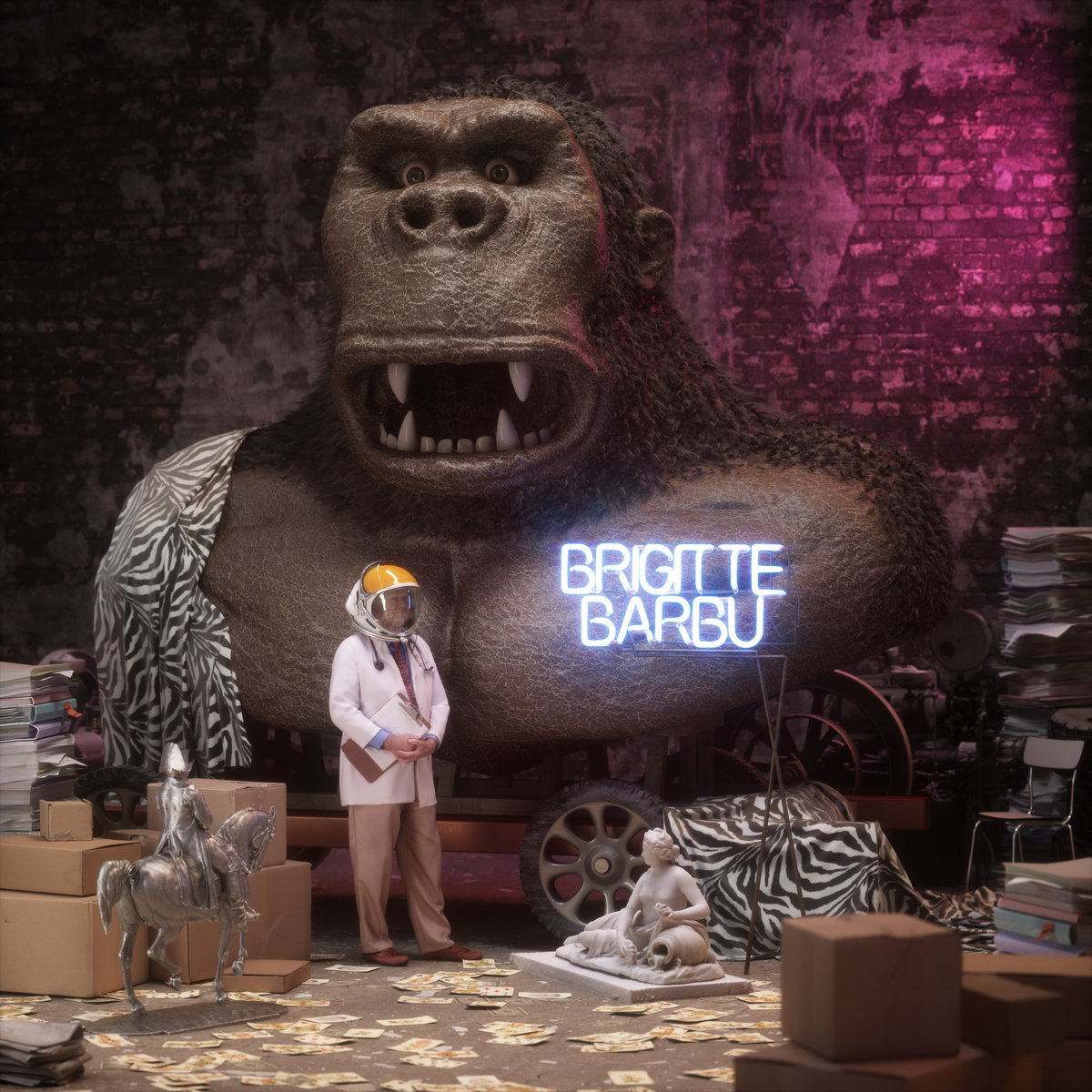 So, describe the roots and inspiration behind this album? It seems as if it lends itself a lot to the notion of 70’s, 80’s abstract beat tapes, skits and broken textures and all?

“The guitar is the musical instrument that was my first mistress, I never really used it before on record, except as a midi controller ( I was born in Midi ) and I wanted to pay a tribute to my stringed teacher, designing an oxymoronic chill out room dj tool. Thinking about it, I have also been inspired by my experience, as a tenant living in an expensive closet, on a 13th floor, facing lift problems after asbestos abatement in the elevator shaft, & basically being evicted from my cracked aquarium for asking more infos about that and being reluctant to be cool about the lack of response.”

How did you approach the release, was it designed with long form listening in mind or was it pieced together as a collection of separate tracks?

“I have been stuck in the 12 inch « niche » by ambiguous circumstances, decades ago. But I am also a nostalgic of the LP format (CD, tape or Vinyl) that has been severely attacked by the ADHD fuelled by the madness of infinite digital growth. This was designed as an LP that only makes sense as a journey, for anyone willing to ride, well, ride, as far as a broken elevator can go 🙂 … B Sides are like Plans B: you really need them!”

Looking back, how much of an influence did beat tapes, hip hop and record collection play on the evolution of your own musical lineage and approach to listening?

“As a teenager, I was fascinated by the « Hip Hop ear »; trying to spot new musical bricks inside a record and imagine the decontextualisation of audio bribes in meaningful records, as a method of listening which is a more pro active listening than at the usual immersive passive listening.This type of creative critical listening, celebration, torch carrying method, was very exciting and inspiring, it is really a shame that it was legally fought. So I tried to do this LP as an obscure album that the 17 year old me would have liked to sample.” 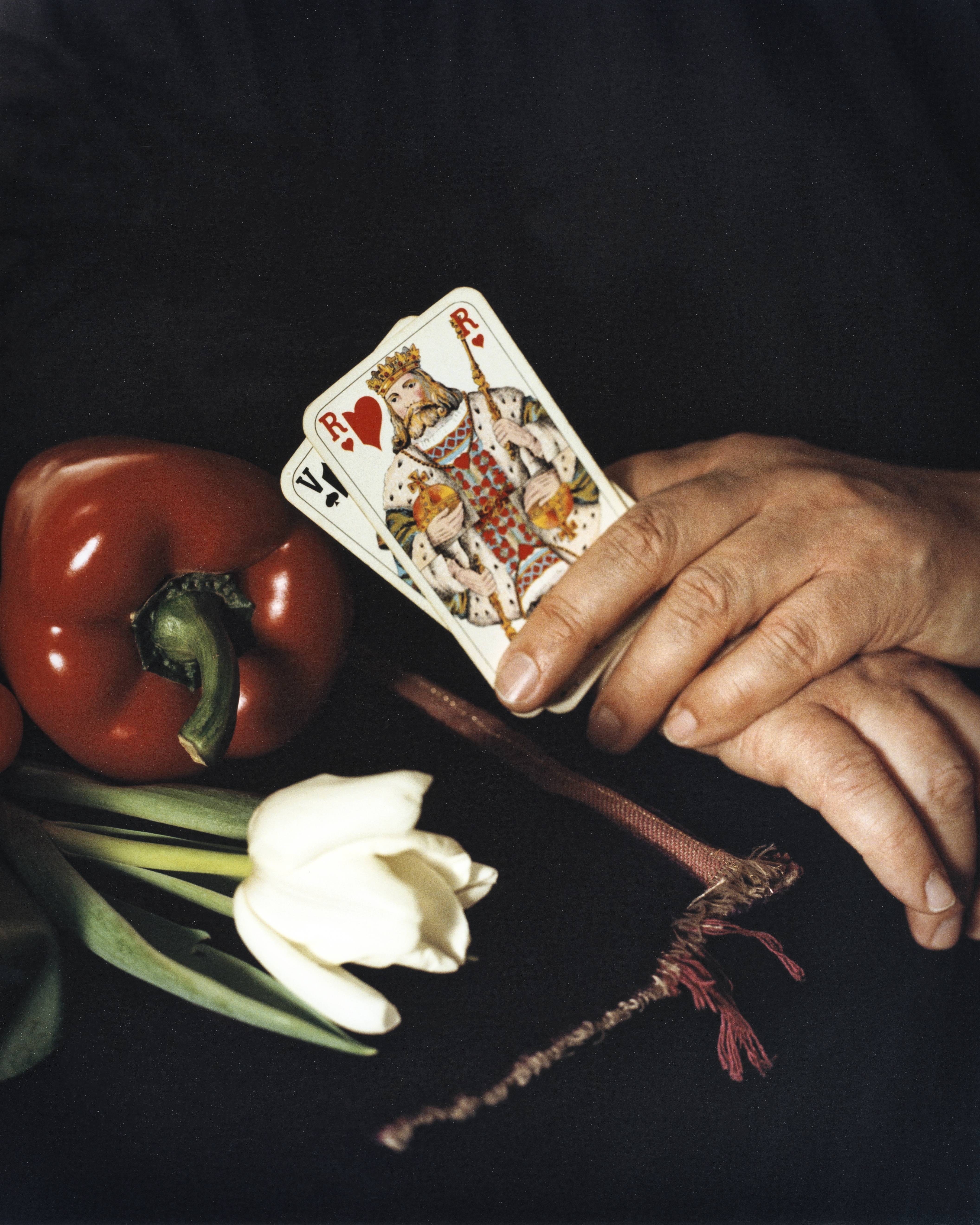 The record was described as “a custom tribute to family, friends, triggered cosmonauts, René Clément and the card game where the winner is the bearded monarch nonchalantly stabbing himself in the head.”

Tell us more about that and what the ethos taken from this is?

René Clément not only did « Is Paris burning ?» but also « Jeux Interdits » with its moving guitar soundtrack, which sometimes was sarcastically referred to, in my family, when I was awkwardly practising my instrument as a teen. The Barbu is a french card game – the winner is the one scoring the less points, and you can play a No Trumps contract !! I never played it, but it surely sounds like fun; specially when you rigged the game and you always have the winning hand-the barbu K♥ –

And I was delighted to be able to work again with David N°6 for the Cosmonaut artwork, so this is an obscenely precise looping point to confirm the aerobatic groove. Finally, since I see myself as an acrobat, a clown and a trained animal; finding a friend and its Circus to House my project after my eviction was really appropriate.”

Describe how you separate and see this project as a different entity and presentation from the “Imbroglios” series?

The ‘Imbroglios’ series was a studio sawdust exercise in style, an OST of a movie yet to be done, a musical mind game, unfortunately, the label dropped the ball on the project. I still hope to resolve this one day. ‘Muzak pour Ascenseurs en Panne’ is not based on a puzzle of micro samples but on instruments parts I played. And if you are in the lobby of a skyscraper, and you want to annoy the CEO by switching off the elevators; well, you now have a record to play in the stairs!

Who really is Brigitte Barbu?

“I wish I could say she is my lawyer and that she is going to sue one by one all the pepe the frog fans who lost the plot, so I can finally spoil my loved ones. But not yet. We French were called Frogs by the people who were making fun of equality .. so, Honni soit qui mal y pense! If you listen to Brigitte Barbu, you will hear : What we want : Soul Power ! You will hear Maceo, Bobby, Biz Markie, Rakim Krs One, Redman or Big, or even my Mother!! An illegal work of love…”