There’s a lot to be said for creative independence, as an artist it is integral to be able to plot and channel your own vision in a way which is true and representative of your own individuality and beliefs.

For Duval Timothy this is something he only realised too late as he reflects on the arduous process of reclaiming ownership of his masters. It’s allowed him to reevaluate his own trajectory, make the music that he wants to make without the external influence of business.

This year he has been busy. “Help” was released earlier in 2020 and in recent weeks he has announced a special reissue of his first album, “Brown Loop”.

As a musician he tends to work in a manner which might to some seem chaotic and unstructured. However, in turn this is what makes his music truly special and unique. He talks about the design behind “Help” – a deconstructed, structure of an album which flows more like a mixtape than a stereotypical LP. A moving collage which might sound different upon each listen, that’s the beauty of his approach.

His album, “Help”, is perhaps my favourite of the year so far, a poignant, piano lead homage to feelings and self as Duval explains.

So, your new album exists as much as a musical collage as it does a fully flowing performance piece in the sense of ’start, beginning and end’. Was this intentional and how did you approach the project?

“Yeah the album started out as a bag of rough ideas and compositions I was developing. I thought of it as a mixtape and over time it developed into something more sonically refined than I initially intended, I just couldn’t call it a mixtape any more. I try to make music for myself foremost and the listening experience of a full project from start to finish is very important to me. I like to go on a journey listening to music and I don’t want to have to skip a track. Sometimes I’ll listen to track lists for months until I find the right order, with ‘Next Tomorrow’ Roadaidh and I new instantly that it had to be the opener, it just sounded like something opening up.” 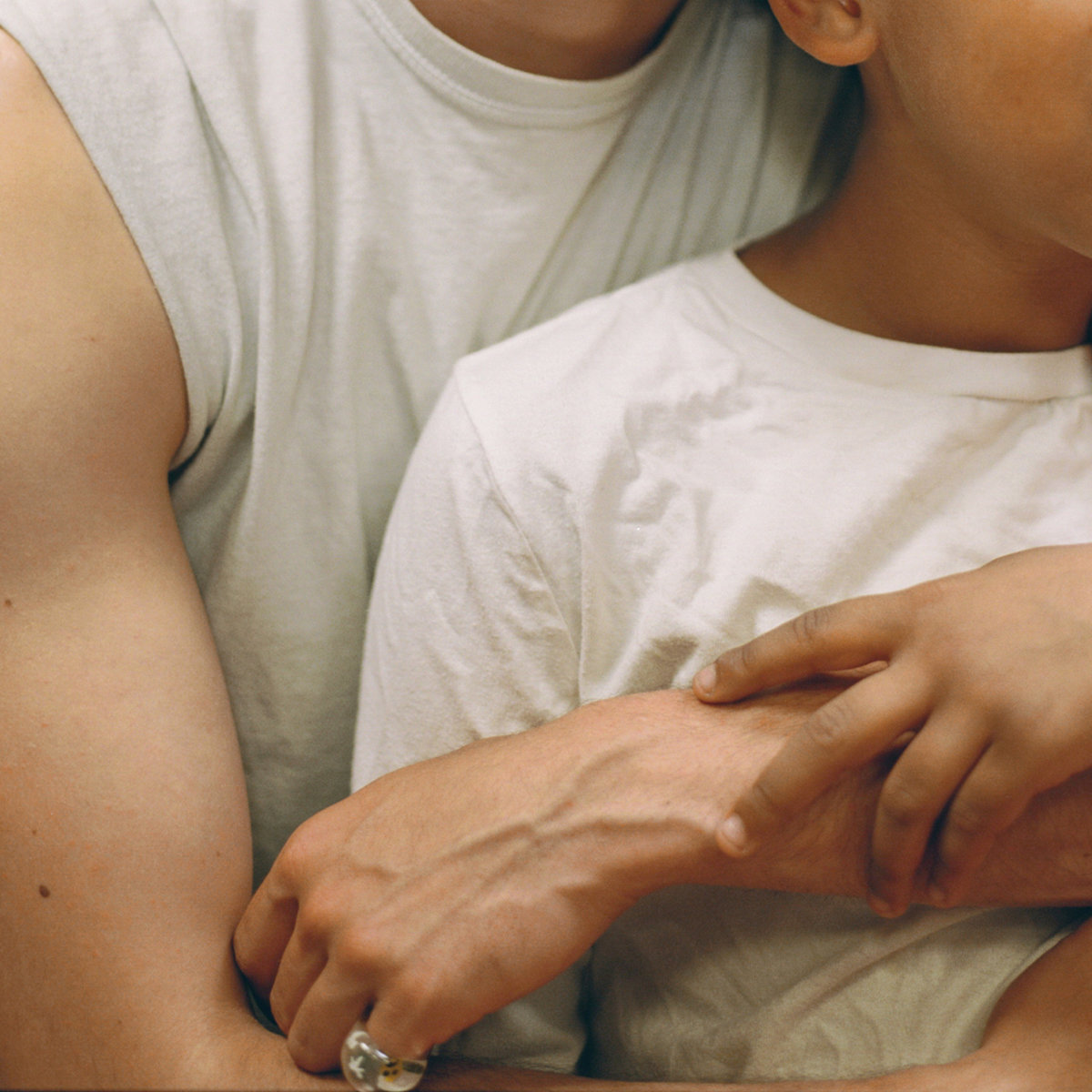 There is as much focus on spoken word as there is instrumentation, describe your own relationship with voice and it’s use in music?

“I love the sound of people and tones of voices. However because there’s such an understood structure to singing, rapping and even spoken word I find it problematic. It’s hard not to conform. ‘Fall Again’ has a quite traditional vocal structure in this sense, Lil Silva was responsible for a lot of that and I feel like it works in a comforting way following on as a response to the provocation of ‘TDAGB’ which precedes it. Otherwise though, I’m pulling out vocals that weren’t intended as music when they were recorded created such as interviews, voice notes and field recordings. Often when I use my own voice or work with a vocalist I try to abstract the words by jumbling up the letters as we did on ‘Something’ or just taking away big chunks such as the rapped verse by A.A on ‘Groundnut’ where we cut out most of the verse leaving little statements like ‘I need you quite close’ to just hang in the music.

Rodaidh and I also chose to use the draft voice note of Krim’s singing part on the track rather than the cleaner vocal. The feeling of the voice note worked for us because it shows the process of sending a track to someone on the other side of the world and them responding instantly. There’s also a miscommunication in it which is quite interesting – to Krim he listened to the beat and heard a love song of sorts, he sends me the vocal idea and I hear something else which is more about his cadence and melody. Some collaborations are about spending a lot of time together in person and working through ideas until you are thinking in almost the same way, others are just about being trusting enough in the other person to allow them to take what they want from your contribution and use it as a material to express their idea. I work with people in both ways.”

Conceptually, what were the issues that you tried to reflect and reference throughout the course of the record?

“One of the main themes is agency and the idea that as an individual you are right, whatever you are thinking is valid, what you feel is real. What you think or believe is the contribution we need. For example, ’Things don’t always get better’ was a response from my sister to the question ‘what is something true that most people don’t believe?’. Ellsworth Kelly having a personal opinion on how thick a block of butter should be is the reason he is an artist, his work is valuable to us because he made it for himself. I wanted the project to be something I can listen to and get comfort and empowerment from.”

’Slave’ is poignant, as is the video. Is this an experience in which you yourself can relate and can describe if it is appropriate to do so?

“Slave is a portrayal of what I went through with someone owning my masters to my album and controlling what could happen with my music. It really affected me and my mental health for a while. I found out a lot about how the music industry works and I realised that it was systematic and I started to see it all around me. I eventually bought back those masters. I feel like people owning their masters is something that we only associate with big artists and major labels but it’s something that affects anyone making music so I felt that it could help to show this experience coming from an artist like me.”

You worked with a number of collaborators on the release, were these newly formed relationships or longstanding? How do you feel that these collaborations help in the communication of the concept underpinning the record?”

“I worked with some longstanding collaborators such as Nick Mandalos, Mr. Mitch, my partner Ibiye, my sister Issy and brother Miles. I’ve been working with Vegyn and Lil Silva for a while. It was my first time working with Rodaidh McDonald and I was open to his ideas. Rodaidh brought in Twin Shadow while we were recording in LA and he killed it. I invited Melanie Faye to contribute remotely, we spoke a little about what I was trying to achieve and she was really trusting.

The music has been a strong platform to interact with people to form new relationships and build on existing ones. I don’t want to over romanticise it because it’s honestly a mixed bag, some things are truly deep and grow over time and other interactions are brief or aren’t even interaction at all but can be just as important.”