The search continues. The never-ending Balearic quest for undiscovered goodies from around the world is an ongoing project, one that makes Indiana Jones’ treasure hunts seem like trifling matters.

And just when you think every crate, every mine and every seam has been exhausted, along comes an undiscovered gem, a previously unheard goodie that will not only please devotees, but send rival DJs and cratediggers off to Shazam and further afield to find out just what that record is.
To find one tune is a rare enough occurrence in these connected, Discogs friendly days, to turn up with an album’s worth of almost entirely unheard material is like finding the Holy Grail, the Lost Ark and a whole bunch more all in one fail swoop.

Step forward then Spacetalk Records, the label hosted by a trio of beardy Balearic types – Paul Murphy, of Claremont 56, Danny McLewin, of Psychemagik and Simon Purnell of Z Records, releasing the debut album by Morrison Kincannon, a record so West Coast, that it’s almost wearing board shorts and carrying an acoustic guitar; a record so entrenched in the Laurel Canyon sound that you can pretty much see Lookout Mountain while listening to it. It’s finally arriving more than 35 years after the last tracks on it were recorded, almost 50 since its eponymous proponents, Norman Morrison and Terry McKinnon started working together.

“Songwriting/making rhyming lyrics was bred into me ever since I can remember,” says Morrison now, speaking years down the line. “Before I played an instrument according to my mom, I was always singing a little ditty and using my imagination.”

A teenage Morrison and pal Terry Kincannon started working together, writing songs, recording, many on to 8-track (ask your parents) or cassette. The influences are numerous and all very West Coast (Dylan, James Taylor, Crosby, Stills & Nash, The Eagles and, er, Perry Como, according to Morrison), and spent much of the 1970s writing and recording, amassing a vast archive of recordings, few of which saw the light of day.

A clutch of them made it to seven inch, near private press singles, some of which made their way across the Atlantic. Meanwhile, despite being signed to assorted management deals and the likes, Morrison Kincannon were still beavering away, although less and less. As Morrison notes: “It was about 1986 when I gave up on pursuing songwriting/recording artist as my main work. I became a carpenter around 1978 as I had gotten married and had my first child on the way soon afterwards. I needed benefits which that job offered.” 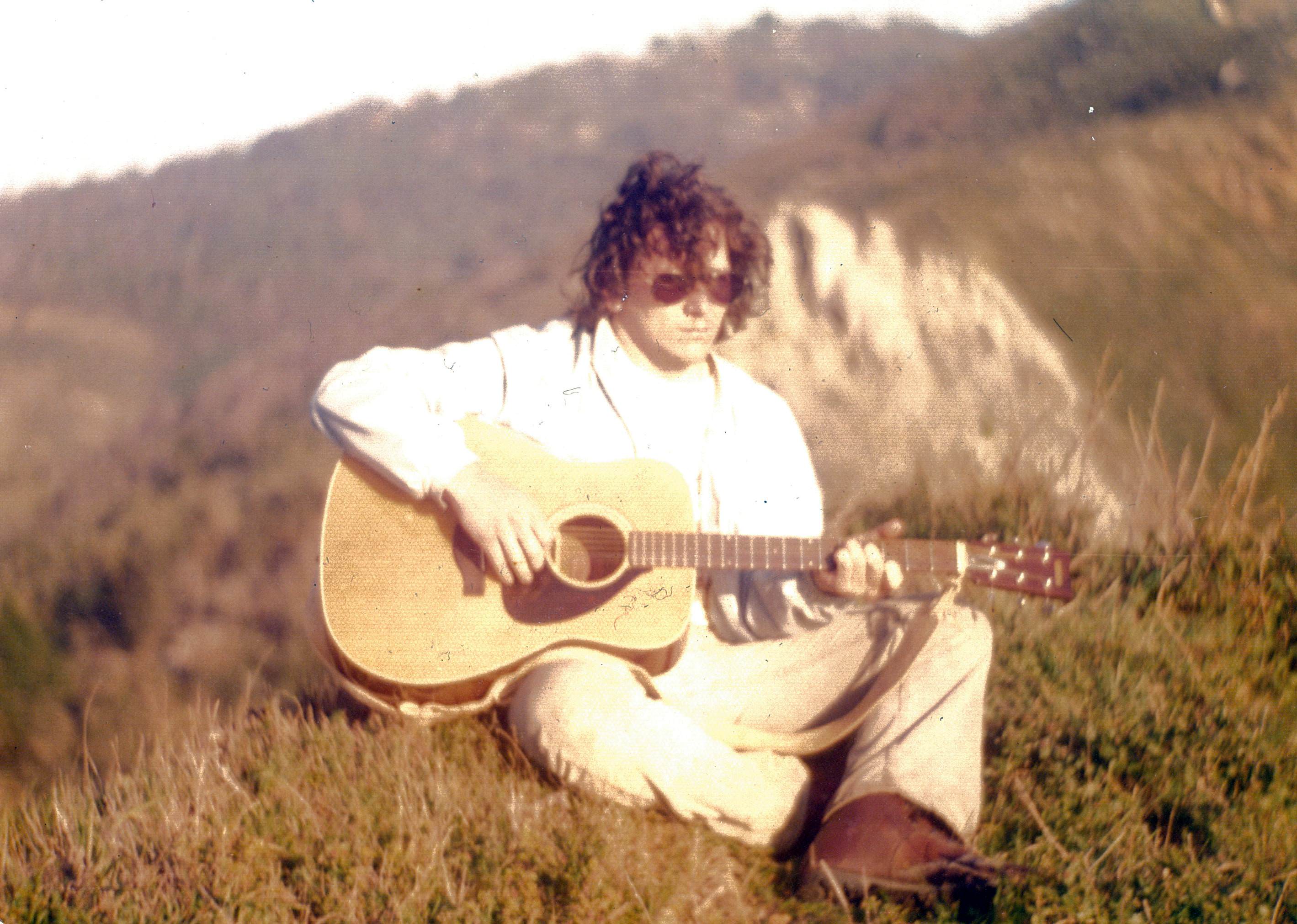 Assorted family problems led Morrison to the church, and, after the tragic death of one of his offspring, he even returned to singing. This led to him meeting up with Kincannon again, they’ve been collaborating ever since on a raft of material.

Meanwhile, across the Atlantic, a few copies of one of their seven inch releases had been discovered. As Spacetalk’s Paul Murphy explains: “Danny introduced us to the 7" private press release of To See One Eagle Fly with the idea of reissuing it on a 12". Simon managed to track down Norman Morrison who was living in the San Francisco area and not only was he happy for us to release it, he also had the original 2" master tape parts. I did a remix and that was the first step in our relationship with Norman and our first release on Spacetalk.

“The emails continued to go back and forth as we discussed TSOEF and music in general during which time Norman revealed that he had dozens of tracks, also on original 2" tape, that had never been released and asked if we would be interested to hear them. We jumped at the chance of course and started to go through the tracks he was sending us which ended up being a long process because of the amount of tracks he had. After we all agreed on an albums worth of material we then went about the process of baking the tapes, mixing the stems and mastering it.”

Morrison always had a sneaking suspicion that some of his work had travelled – and travelled well too. As he adds: “There was a female promoter working for Manny Greenhill who specifically targeted Europe early on as I still have a letter in my archives. In this letter she sort of was warning me not to step on toes as I had expressed my concerns about my contract and not getting any cut from Europe. This was denied by Mitch Greenhill and I never pursued it further. But in the letter it tells of the expectation she had of us doing very well.

“I was curious but it was not surprising as far as where it seemed to be discovered.”

Morrison was lucky to still have the tapes, for, as he explains, he’d stashed them in his loft.

“Well, I had purchased my songs back from Chandos Music/Folklore Productions in 2009. Only so that I could digitise the songs and put them on CD just as a matter of record/documentation. My sister Theresa had made the request a few years earlier. Most of my music was either on 8 track or cassette with the exception of six songs being on vinyl. (Baby Blue/America, (1973) On Mt. Diablo/Listen (1974), Smiling Face Has Gone Away/To See One Eagle Fly” (1978). Once we had to digitise I heard songs on tapes that I had forgotten about. In fact I am still hearing tunes as I digitise that I haven’t heard in 30-40 years. I still have to deal with the boxes of lyrics that is now a quest of mine to record these songs. I remember most of the melodies as I see and read the lyrics. But many have no recording history. I used to play them but thousands are not yet recorded."

As Morrison dug through his boxes (“only my immediate family, Terry Kincannon, really knew what I had been saving all these years in boxes in my attic or storage of all my songs and lyrics”), he passed them on to the Spacetalk trio (“I sent songs to be listened to according to what I was learning was the taste of the project crew of Simon, Paul, Danny), who knew they’d hit paydirt.

"It's incredibly lucky to find such a wealth of music of this quality that hasn't been released and has survived all those years so we feel very lucky to have it,” says Murphy. "It's rare to find unreleased material like this from that era but to have the original studio session tapes that have been stored correctly is definitely once in a lifetime Holy Grail material. Some of these tapes were nearly 50 years old but having them has allowed us to fully re-mix and remaster the tracks in a way that we wouldn't have been able to do without the tapes. What you hear on the album is the result of many hours studio work and something extremely unique that you're unlikely to hear again.” 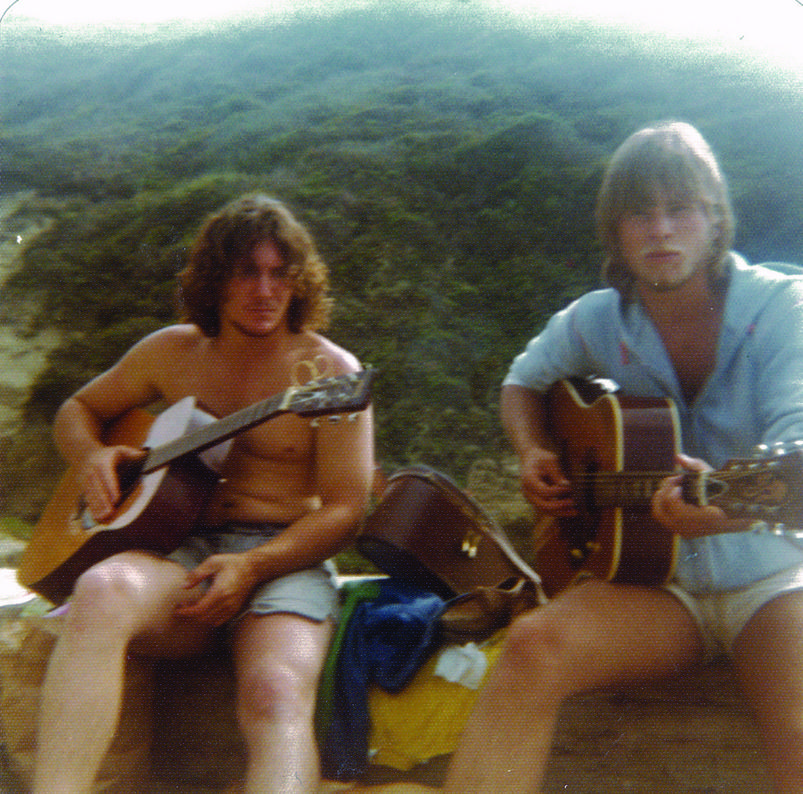 The ever-philosophical and devoutly religious Morrison, meanwhile, has pals he wants to be similarly discovered.

“My close musician friends are really excited about this turn of events. I am hoping also to expose their talents more as time goes on because in the area where I grew up there is a huge crop of very talented musicians who are only heard or known locally where they perform. Some around my age are still performing regularly.”

He has plenty more to come, more recordings, more songs penned, more work to come. Theres not a hint of bitterness or trace of anger about remain undiscovered for so long.

“I never imagined anything like this would happen, not at all,” he says.

“I am looking at it more like a planned latter blessing by the Lord. I am blessed and grateful for it! I am still learning how music and lyrics can effect not only in one era but can come alive in the future as well and have even more impact. I would have to say that one of my gifts is expressing myself through melody and lyrics with meaningful thought in constructing it in order to reach the result of touching other human beings. An important part of this art is the hearer. Without the hearer a song has not reached the complete purpose for which it was created. What is cool is that this timeframe can endure way beyond the creator’s lifetime.”

Meanwhile back at Spacetalk, do the label heads think there are more out there, other Holy Grails such as this? “The more compilations we do the more artists Simon will speak to and so we hope to discover more unreleased music,” concludes Murphy. “I think it will probably be the odd track here or there, but we live in hope of another full artist album like this one but past experience tells us that they don't come along that often.

“There are definitely still undiscovered gems out there. They might be harder to find but there's still a lot of music to be found. It does always surprise us though when we get the tracks in for a new compilation and we haven't heard any of them before.”

Morrison Kincannon’s Beneath The Redwoods is out on Spacetalk on January 26. Buy HERE.