What comes to mind first when you think about the queer community in Russia? Most people call out pressure, violence and homophobia, which do indeed happen here and there. You could never imagine a Pride parade taking place in the major cities like Moscow and Saint Petersburg, so less western-minded regions are even worse.

Today is very different from the 90s. After the breakup of the Soviet Union, Russia gained access to everything all at once, and LGBTQ+ culture was no exception. Though queer culture has never been open or officially allowed, no-one actually paid too much attention to it. At that time, people didn’t care much about sexual or gender identity and used to see drag shows and visit gay bars.

At some point during the 90s the queer community in Russia was on the rise. In the early 2000s you could see drag artists in mainstream video clips and performances. You might have even heard of the t.A.T.u, the band formed in 1999 and exploited the lesbian representation; the two female members pretended to be lesbians at school age. Their “lesbian drama” songs were across top charts on music channels and radio stations, and even received MTV Video Music Awards in ‘Viewer’s Choice’ category.

On June 2013 Putin signed The Purpose of Protecting Children from Information Advocating for a Denial of Traditional Family Values, a federal law known as the “gay propaganda law” or “anti-gay law”. This law was created to protect children from being exposed to homosexuality and protect traditional family values, which is when the government assumed control over everything LGBTQ-related in Russia. It has resulted in the spread of homophobia and discrimination and put the queer community under the threat. Today you can still have a fine for showing your queer identity in public, whether it’s an article in the media, a group on social media or just a kissing couple on the streets. But we all know “the compressed spring” effect — things that are banned, controlled or hidden will find a way to explode anyway. In Russia it blew up into a strong underground movement through arts and music.

Though you can’t imagine a Pride parade in Russia, queer activists and media find ways to celebrate culture and diversity through special events and festivals. Russian media O-zine—who’s aim is to show the positive side of the LGBTQ+ movement in Russia, rather than sad news which usually make the headlines abroad—organised a Digital Pride last year which was supported by local and international artists, such as Róisín Murphy, Dorian Electra, Manizha, Mujuice, Sado Opera, Pussy Riot and many others.

Over a month a small team of five people hosted public talks, lectures, online DJ-sets and performances, as well as video call outs, where popular personas of different genders and sexual identities addressed LGBTQ+ issues to the public on Instagram. Though the O-zine team hasn’t faced any negative reaction or feedback, one of the videos made it to a show on Russian National TV, where it was positioned as a way to get fame amongst European audiences, rather than as a sincere act. “It’s not great that the US impose their rainbow flag in Russia”, concluded the TV show host.

In April 2021 Russian collective Queer Studio organised a charity event called ‘Show me love’, which aimed to collect money for non-profit organisations fighting for human rights. A series of performances, concerts and DJ sets were planned alongside the exhibition, auction and a public talk moderated by Karen Shainyan, a founder of the “Straight talk with gay people” show on YouTube, which has over 100K followers. Unfortunately in the middle of the show the police came up, demanding that the event stop otherwise people would be arrested. The collective followed up with an apology on their Instagram which read: “We can’t risk our guests. We were hoping that it would work, but this is the country we live in”. 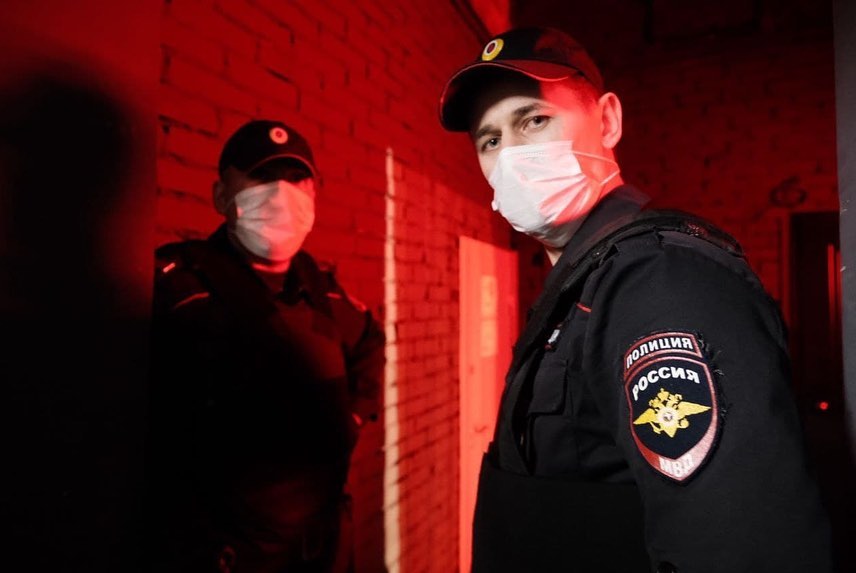 Parties have become a huge part of queer life in Russia, raising interest not only among the LGBTQ+ crowd, but also a straight audience, who appreciate queer aesthetics and the vibes of freedom and diversity. It also has shaped the “new sound” of queer culture, switching from mainstream pop music to more complex and underground sounds.

Over four years ago two major parties started, Popoff Kitchen and LVBZ, both in Moscow. Today Popoff Kitchen has around 600 visitors at their nights, with their residents Kirill Shapovalov, Séxstasy and Raumtester becoming local underground stars, who are currently in high demand by local parties and events. Starting as mainly a gay techno party with signature attributes like hard beats, black outfits and dark rooms, today they’re also known for massive events and collaborations, including at HOROVOD festival – a co-event with Kiev queer party VESELKA – showcasing over 45 artists and performers over 33 hours, or ANJELA party with a drag vibe where everyone is welcome to dress up. Currently they’re busy with their Delicious Tour around Russia and are planning to visit over 10 of the biggest cities across the regions. 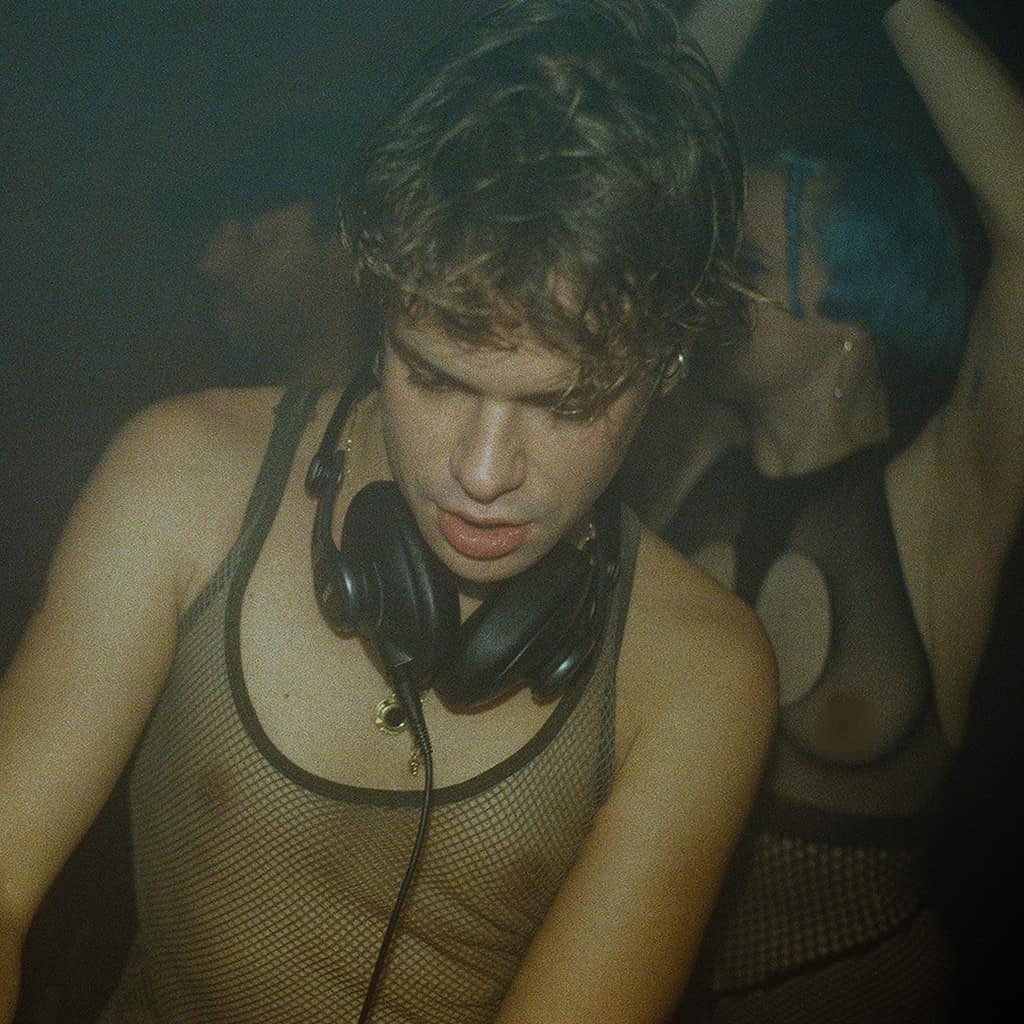 This is an important tour as PopOff Kitchen founder Nikita feels there is still a lot to be done elsewhere in Russia, in terms of acceptance of LGBTQ+ communities.

“Every region has open-minded people, but it will take time to reach the same level of acceptance and tolerance as already is in Moscow. That said it’s a great pleasure to find people who share our values and get inspired by PopOff Kitchen around Russia. We also observe more brands getting interested in LGBTQ community, e.g. Absolut has presented their rainbow-coloured bottle at the HOROVOD party. In the future I see us as a network of queer projects covering different areas and regions. We’ll be welcoming guests across the world biggest festivals.”

LVBZ began as a lesbian party for friends, and today is one of the key queer events for the wider audience in Moscow, bringing in over 500 people to their nights. Music-wise it’s less hard, bringing up a wide mix of genres from dark disco and Italo to hip-hop. Today LVBZ collective is made up of four women: Lisa, Nastya, Uma and Marina, whose main goal is to share and expand the boundaries of сulture and geography.

“In the beginning we didn’t plan to go big, we just wanted to have fun with friends. Surprisingly it turned out that there are many people like us – with similar tastes in music – who appreciate a queer, friendly and safe environment. We have grown since then, now we share two dance floors, experiment with sound and live performances. We think that introducing our local queer audience to straight artists is equally as important as discovering and bringing new queer artists from around Russia and abroad.”

Today there are multiple smaller queer parties organised by DJs and artists individually: Kvir Mir is one of them. It grew from their radio show on Test FM, offering DJ sets on Thursday evenings with limited entry and a secret vibe. It’s more about listening and exploring, rather than dancing. For the artists it’s a great chance to see their guests and experiment with mixes; making sure they’re heard.

Kvir Mir founder and PopOff resident Raumtester explains the vibe of the party. “Intimacy is what makes Kvir Mir different from other events. Of course you can dance if you’d like, but firstly it’s a radio show.

“I like the idea of secrecy, but we’re not limited to that. For example the other day we’ve hosted Kvir Mir in Kazan. It was in a park with lots of people around. We’ve talked on air to each artist before the show, discussing local culture, making jokes etc. That said we’d like to be associated with an open and friendly environment, rather than just secrecy.”

“I believe that the power is in collaboration rather than competition. Evolution is possible where people bring their knowledge, experience and ideas together. Undoubtedly there’s a difference between Russian and European queer party cultures. We lean on the European experience a lot, however there’s some subtle local authenticity coming up from our cultural code, which makes it unique and charming.”

Another party called KINQ started three years ago as a project with an educational layer, hosting lectures and film screenings around the subject of queerness. A new education law signed by the Russian government in 2021 has put lots of cultural initiatives under pressure and KINQ was no exception. Though the event has converted into a party, it still has an educational element through movies and performances.

Venues definitely play a role in shaping the culture here in Russia. Five years ago it was not easy to find a place for a queer event, but today it’s different. Now it’s not limited to gay bars. Bigger venues have started to join the party with a variety of events to select from, whether it’s improvisational ball-room at Raduga or a 48h queer rave in the former factory Mutabor.

More and more underground bars and clubs have started bringing queer collectives and organising events on their own, not being positioned as queer places by default. Powerhouse Moscow, which is made up of a bar, night club, music studio and a yard with a barbecue in summertime, is one of them.

Founder Andrey Algorithmik says things are moving forward in the right direction. “Over the past few years interest has shifted from music to culture and esthetics of the event. Five years ago it was all about techno in Moscow and Saint Petersburg, but people got tired of dark vibes and today it’s queer culture, festive vibes and eclecticism which are on demand.”

“We’re not like Berlin and Tel-Aviv yet where queer parties are the new normal, but we’ve been getting there. These events raise the awareness, tolerance and unite very different people. I believe it doesn’t depend of sexual identity rather then the ability to share the same values and vibes. The power is in the sincerity, collaborations and competition only stimulate the progress”.