In a year when new festivals are popping up – and disappearing – at an alarmingly regular rate, thank Gods – the two of them, the good one and the evil one – for Convenanza.

The Andrew Weatherall and Bernie Fabre-programmed event is now in its sixth year and, later this summer, it returns to its spiritual home of  Carcassonne, after a brief southern sojourn in 2017 to Sete. From within the Cathar castle walls, there will be two evenings and nights’ worth of all kinds of, er, catharsis, as Weatherall invites allies, collaborators and those providing some of his current listening favourites to perform, play records and more for the two-day event.

As ever, his impeccable taste comes to the fore. In previous years everyone from Red Axes to electronic giant(s) Silver Apples have appeared; this year sees returning heroes, new names and some people you may or may not have heard of but will almost certainly love playing within the castle.

What’s more, there is a further widening of the scope for Convenanza, with a certain artist’s involvement adding another dimension, as well as more exclusive vinyl goodies, too. The artist is Felice Varini, who will essentially be creating an anamorphic painting within the castle as part of a celebration from new Convenanza partner, the grandiose-sounding National Centre for National Monuments. “It celebrates the twentieth anniversary of the inscription of the castle as a UNESCO World Heritage site,” explains Convenanza organiser Bernie Fabre.

"Varini’s doing an anamorphic painting – concentric/eccentric – circles that will be on the ramparts until the end of September. He works in the Op Art tradition, creating site-specific anamorphic imagery – which means that it looks jumbled from every viewing position until you're looking at it from one specific point. A Swiss-born artist working from Paris, he has been creating remarkable anamorphic installations around the world for more than 30 years. But the one on the castle is his biggest yet. It's really spectacular as it changes the way you view the monument. A definite plus for the festival goers!" 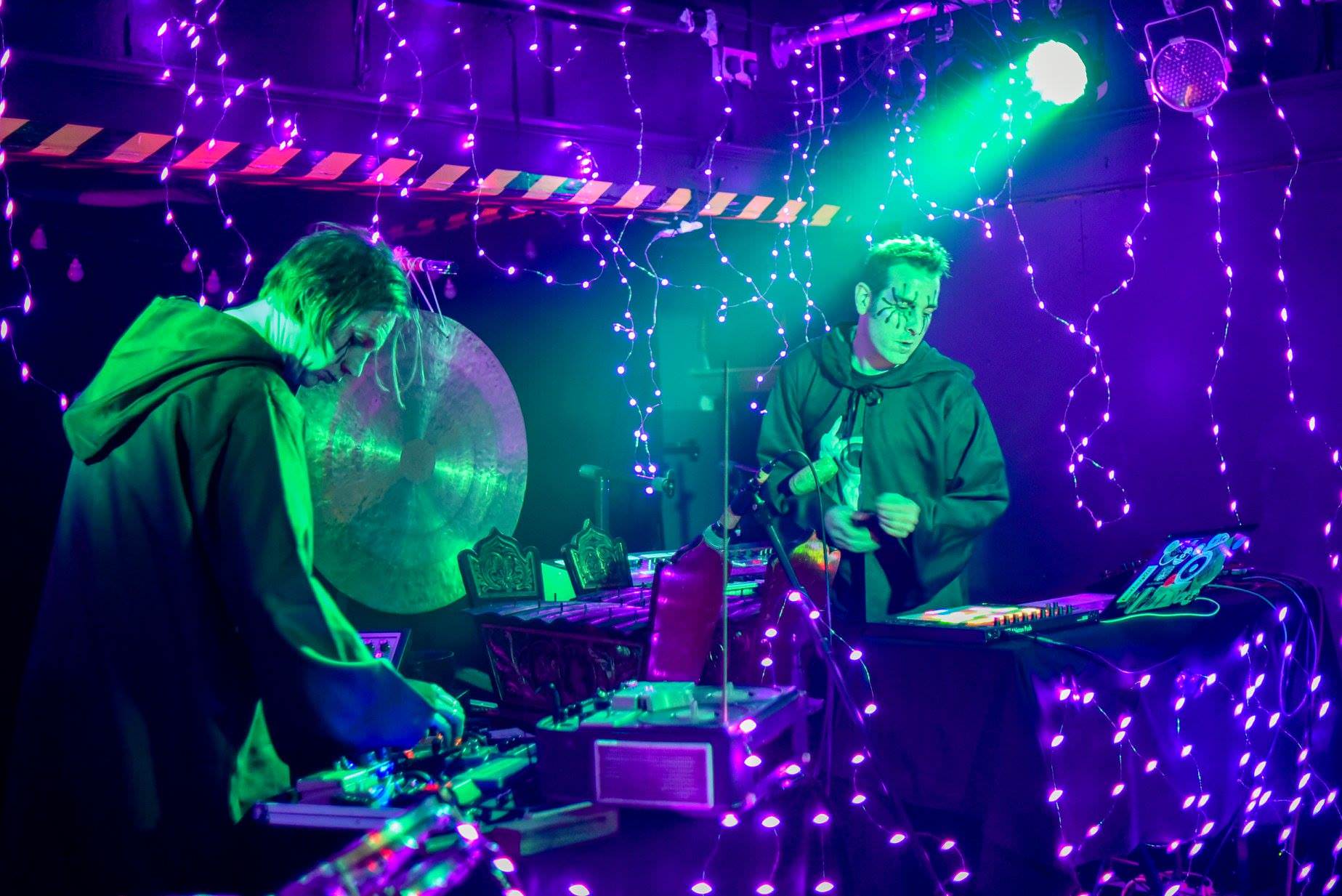 This will provide the backdrop to live appearances from Die Wilde Jagd (“the perfect Convenanza band,” as Weatherall himself notes), pitched somewhere between krautrock and disco with a trance-inducing motorik sound underpinned by repetitive beats (current LP Uhrwald Orange is essential listening). There's also Komodo Kolektif, offering a blend of Gamelan via Glasgow. While those may be relatively newer names, Kuniyuki Takashi is a veteran whose CV covers all bases, taking in the more dubby end of techno, deep house, ambient gear and, frankly, more genres than we’d care to mention.

The Limiñanas should need little introduction to the acolytes in attendance, having already performed live at Convenanza a few years back. Their raucous rockabilly, garage and psych sound add a Wrong Meeting dimension to proceedings – Weatherall’s own remix of their Garden of Love and the recent Laurent Garnier and Arnaud Rebotini remixes pay testament to that. But rather than just trot out another live set, they’re teaming up with bona fide French legend Pascal Comelade for a special live show. The band and the master have already teamed up a few times before their collaboration on Traite de Guitarres Triolectiques even includes a cover of The Cramps' Green Fuz, further joining the dots.

As festival organiser Bernie Fabre says, The Limiñanas extravaganza will be a bit special. "This year we’ve invited The Limiñanas for the second time, but they’re preparing a bespoke gig; a one-off event with Catalan genius Pascal Comelade and French actress Emmanuelle Seigner. Pascal has recorded with PJ Harvey, Robert Wyatt, the legendary drummer of Can Jaki Liebezeit, Jean-Hervé Peron from Krautrock legends FAUST. His music has evolved from minimalist (check his album Fluence from 1975) to unique compositions which build bridges between krautrock and Nino Rota or Vince Taylor and Satie." 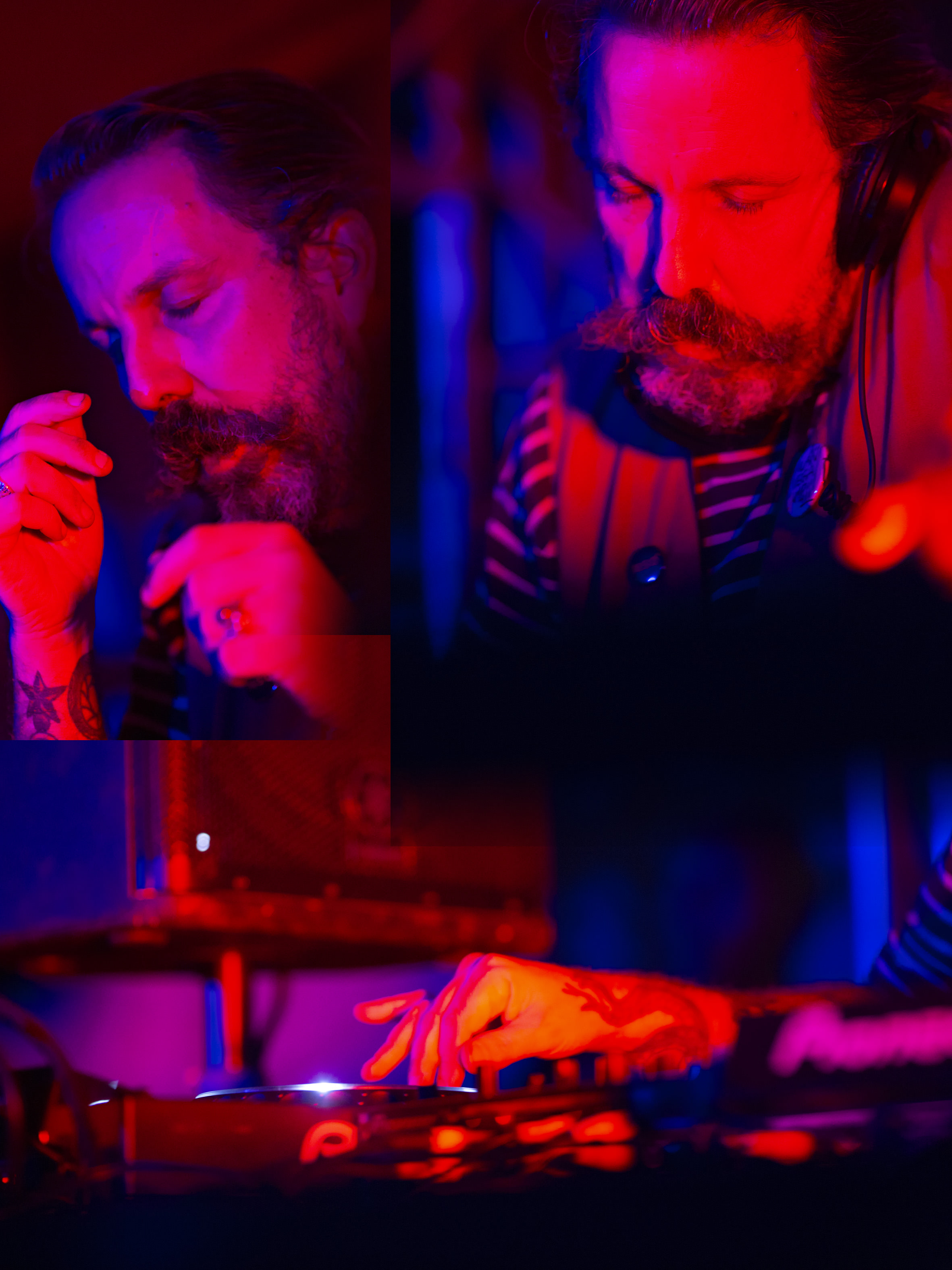 Emmanuelle has just recorded an LP with The Limiñanas (they've written all the tracks and play on the LP on all the tracks) and she will play some tracks live for the first time at Convenanza. She also sings on the title track of The Limiñanas’ new album, Shadow People. Oh, and they’ll play three exclusive covers at the festival. And of course, there’ll be DJ sets aplenty; from Weatherall’s eclectic Music’s Not For Everyone to the mainstay A Love From Outer Space sound which has redefined Weatherall’s sound and given him new purpose and vigour into the Convenanza era.

In addition, expect more vinyl exclusives. Weatherall and Fabre are working again with the European electronic psych pioneers at the Hoga Nord imprint; this year’s offering including an exclusive 12”.

"There’s a strong connection between Convenanza and the Swedish record label,” says Fabre. “Andrew released his last album Qualia on Höga Nord and every year, they release a Convenanza 12". All the artists who play at the festival this year have provided an exclusive track." Limited to 300 copies, it includes tracks from one of Weatherall’s own current projects, Woodleigh Research Facility, as well as Komodo Kolektif, The Limiñanas (with Anton Newcombe, no less), Die Wilde Jagd and Wild Women and The Savages (who will be playing at the pre-Convenanza party on the Thursday night at Bloc G, a stone’s throw from the castle). Expect more on sale too – limited edition t-shirts, patches, badges and more.

Carcassonne has long been the location for invading hordes. From the Romans through to the Nazis, expect a strong British contingent as well as an increasingly globally flavoured to once more descend on the castle…

Convenanza takes place on September 21 and 22, tickets are available HERE.

What You Have To See At Desert Daze

We picked the best bits to see at Desert Daze so you don't have to...