Now it's time for something a little bit different… Our psychogeography series focuses on the exploration of space, this can be a town, city, wilderness or otherwise. It can even be a figurative space found only within the imagination, the nominated choice of the infamous and mysterious V, the man behind the programming of "Opium Of The People" – the of respected Opium Club in Vilnius Lithuania. As a producer he has also released a sprawling array of material on the likes of Correspondant, Cin Cin and Nautilus Rising.

He guides us through…. Alphaville.

"I was born in a country, which doesn’t exist anymore. I grew up, formed as an individual in one political and economic system and now I am trying to survive in a totally different political and economic environment. I’ve been living in a limbo most of the time clinging to things imagined rather than real. Never being right here, right now, always thinking of some other place.

I spent first 18 years of my life in Šiauliai, fourth biggest city of Lithuania, an industrial town up North of the country, close to the boarder with Latvia. Our neighborhood was called “Pietinis” or Southside. Might sound like a district of New York. Maybe it was our own little New York, our own little Brooklyn. A super market of the same name is still open there.

During WWI 65% of the city’s structures were wiped out by the Russian Army. It has never been properly rebuilt. Therefore there is no old town in one of the oldest Lithuanian cities. Just concrete jungle all around. Blocks of flats were arranged in rectangular formations we called wells. Watching from outside and from afar the residencies we grew up in always looked very sturdy and monolith but inside they felt like cardboard boxes because construction materials in Soviet times were scarce, of low quality or simply stolen (“appropriated”, people would say) in the process of building. 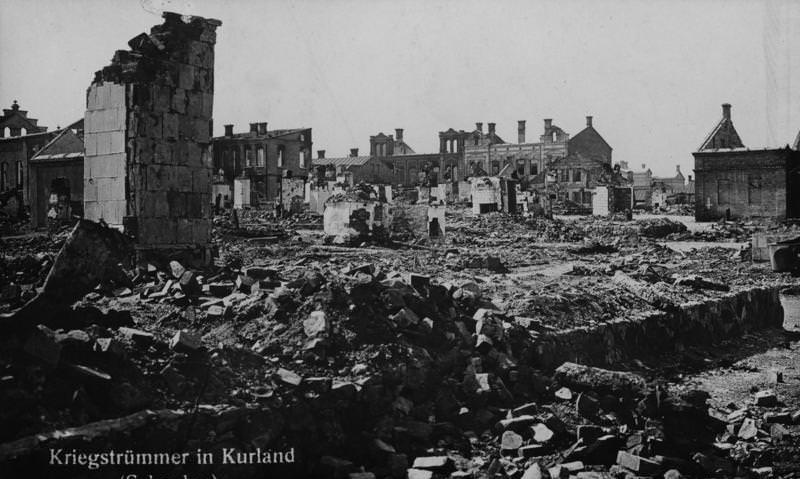 It felt crowded and claustrophobic. With TV limited to just a few state run and propaganda fuelled channels; often windows were the only entertainment. We were watching windows open and shut all the time. We knew our immediate neighbors but we would also be silent witnesses to the lives of all inhabitants of the well. We knew furnishings, habits and sometimes even little secrets of people behind the windows in front, to the left and right from ours. 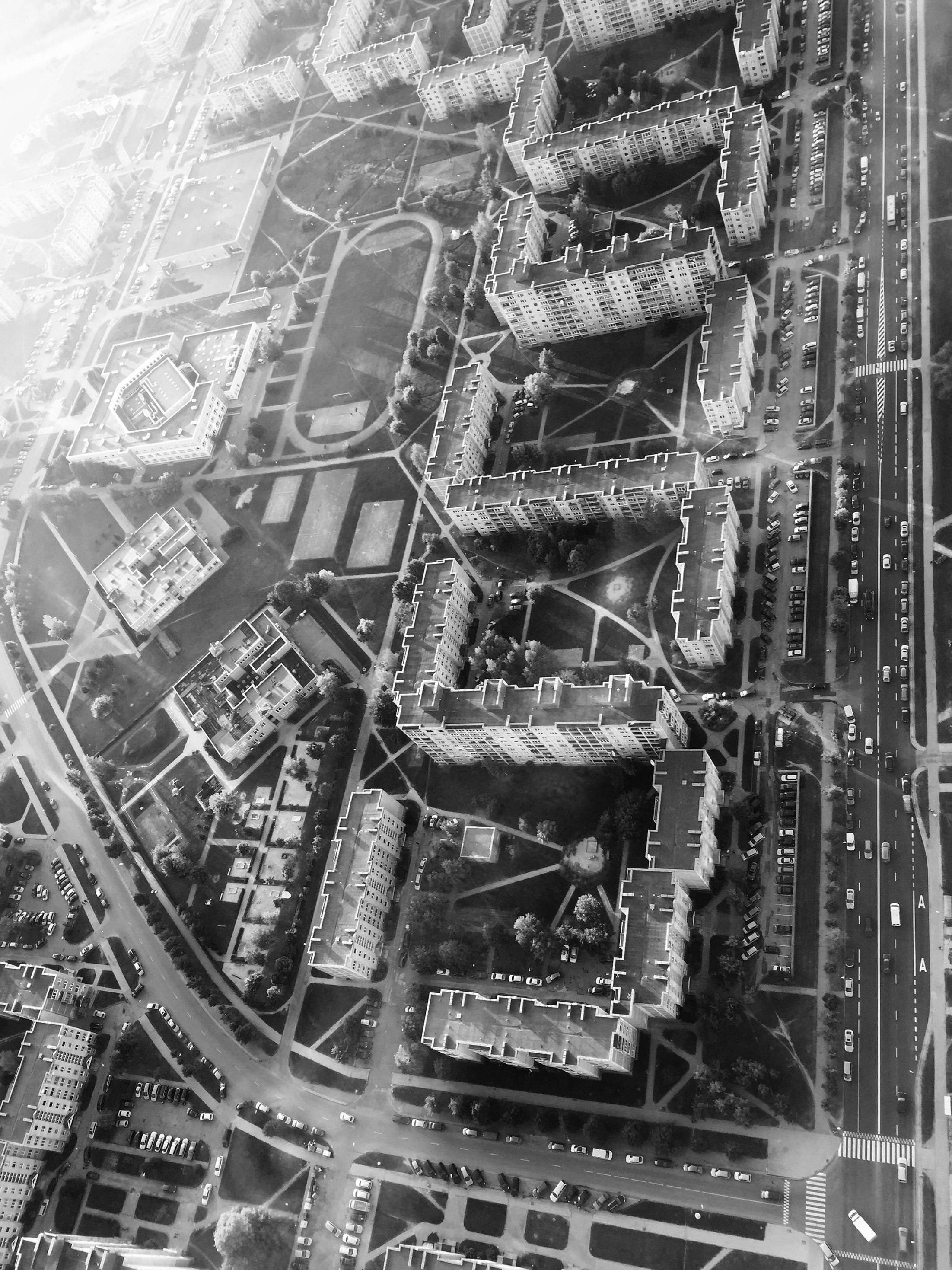 This is where a vital need for all kinds of escapism was ingrained. Everyone wanted to break away, to move to a bigger city with a bigger well, to enlarge the window or simply fall into oblivion. Inner emigration, a term coined by the French aristocrats in XIX century and used to describe an ambiguous situation of German writers and intellectuals under Nazi regime, is still popular back home among common folk. Instead of hitting the streets with protest banners and chants, we were used to withdraw, shut out, protest silently, lock ourselves in privacy opposing a public life, active citizenship, state and its institutions. 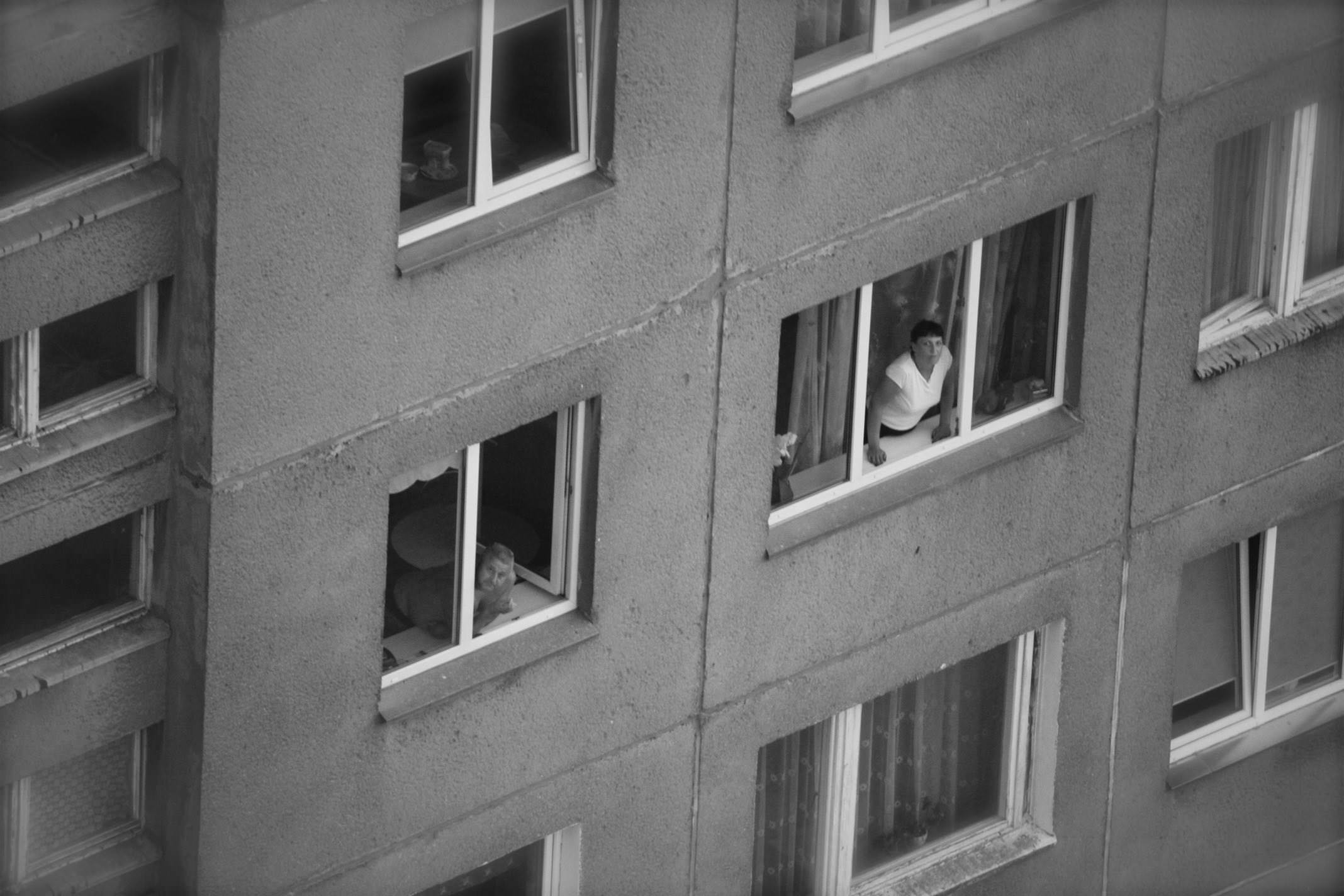 My own way of escapism was what I called In Your Room sessions. That’s where my clubbing experience started actually. But I realized it much later. I would shut myself in the room in the evening, open the curtains, turn off the lights, lay down on the floor, put the music on and… watch the sky. Because lying on the floor you would see the sky instead of the concrete well. Just a piece of sky of course. A window would frame the view. But still. You would be out there, somewhere else, carried away into infinity by music, darkness, dim lights and flickering stars. And I would dance sometimes. For real.

The good thing about my hometown and my years of adolescence was it’s cultural life. It was very happening in the 90-ies and known as “Lithuanian Manchester” (a far fetched comparison I know) because of a thriving Art and Indie scene. That was another window, another break away, never mind the too obvious metaphor.

One of the greatest Lithuanian Indie Rock bands of all time Lygiailyja, Lygiailyja’s off-shoot Indie Electronica project Sweet Energy, the one and only Funk phenomena Gin’Gas, New Age at it’s finest in the guise of Saulė & Žuwys, probably the most celebrated Rock band in Lithuanian music history BIX, one of our Dance scene’s pioneers Plasma, and still one of it’s kind on a national level, Art, Music and Fashion festival VIRUS, Tango recording studio, all produced their finest moments in the same era in the same small city driven by the energy of freshly gained independence and the fall of Iron Wall.

Just 2 records shops were enough to give my peers and me quite a wide and varied education in music. Banco De Gaia, Tangerine Dream, Terrordrome and Thunderdome compilations, Underworld. Jam & Spoon’s Tripomatic Fairytales, Massive Attack’s V Mad Professor’s ‎No Protection, Cosmic Baby's classical music drenched Trance, Depeche Mode’s return to more electronic sounds all fitted on the same shelves and into our hungry ears. Looking back I can confidently say everything ever after was just an extension and variation of all of this. 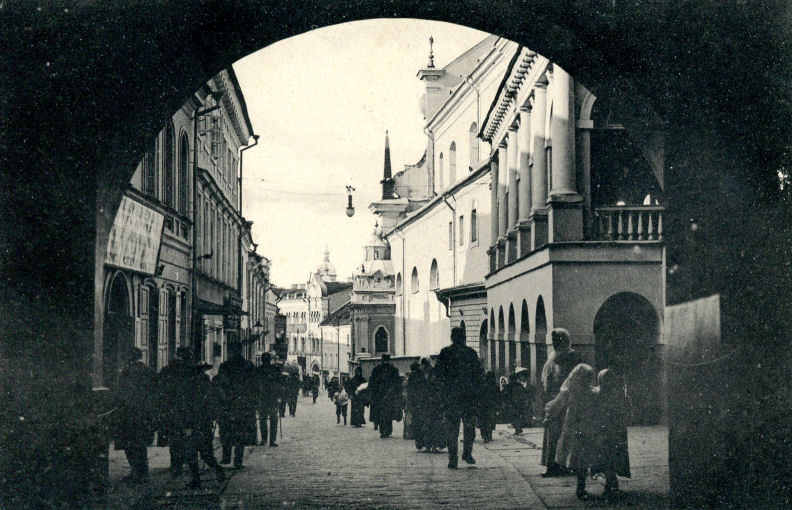 I made a real break away right after the high school. I moved to Kaunas first for my four years of Art History studies at Vytautas Magnus University, then to Vilnius for my studies at Vilnius Academy of Fine Arts. The streets were getting wider, buildings higher and more refined with every move. Each city was richer, more gracious and human in its architecture and surroundings.

Then, three years ago I moved to Brussels because of family reasons. The scenery changed drastically. I used an odd number of 65% earlier on for a reason. Brussels feels so untouched and unharmed on it’s architectural face, so 100% intact. Gothic, Baroque, Louis XIV, Neoclassicism and, of course, Art Nouveau. Maison & Atelier Victor Horta is just around the corner and Hôtel Tassel is just 15 min walk away. The change was so impactful on all levels, it encouraged new musical collaborations and affairs, made me start my musical Nouvelle Epoque. 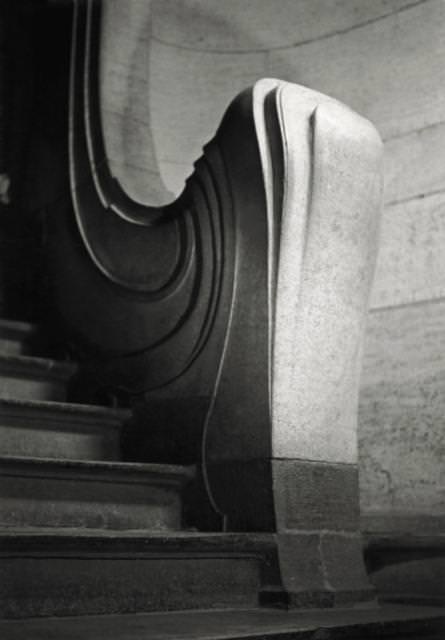 Yet more precisely I’ve been living in the Alphaville, a city imagined rather than real most of the time, because I’m the man who’s hardly ever there and then. When in a concrete well of my hometown I have always wanted to be somewhere else. When I’m in Brussels, I work for the club based in Vilnius. When I’m in Vilnius, I think of my little family left in Brussels. I run a record label from Belgium via Lithuania registered company, which is listed everywhere as German because of my press-and-distribute deal with a legal entity based in Hamburg. I release works from artists from countries as remote as Australia, Japan, Italy, Portugal, Russia and Israel. But somehow I still believe I’m adding Lithuanian or at least Vilnius attitude to it. Always moving, getting inspired by my new surroundings but still thriving on the creativity and drive of a kid in a concrete well, watching the night skies. 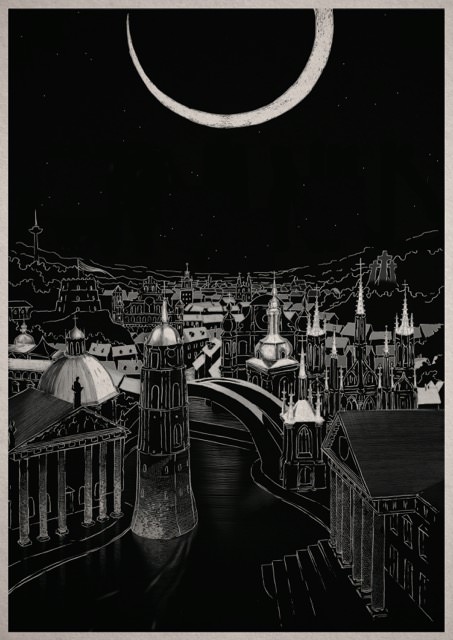 Yours truly, V from Alphaville, but V might not be me or not only me."