Lisbon has become a hot spot for a new generation of creatives looking to escape the rat race of other European cities. Although gentrification has creeped in, the local music scene is flourishing, propelled by a handful of passionate figureheads intent on spreading the word about emerging Portugese artists.

Photonz is one such voice. The producer, DJ, and label head of One Eyed Jacks, has been ploughing away for over a decade making it his mission to put Lisbon on the map. In 2014, alongside Violet, he started up Rádio Quântica, an independent radio station in Lisbon to support a new wave of local DJs and artists. Mina came after that; a monthly queer-friendly party that celebrates inclusivity, representation and liberation, which both Photonz and Violet hold residencies at.

As someone with his finger firmly on the pulse, we asked him to take us on a walking tour of his favourite haunts in his home city. Here's a few words from the man himself…

"Growing up on the south side of the river, as a young kid I always romanticised Lisbon and would always look forward to visit it. At age 11 my dad started to bring me with him on the weekends to his electronics car shop near Madredeus. I'd watch him set up subwoofers in cars to the sound of mix CDs from clubs like Alcântara-Mar, begging that someone would let me solder a wire or participate in any way. The crossing of the bridge by car, gazing down on the buildings, wondering where these mythical clubs might be located, was a high point of my weeks.

Later on, the first few times I hopped on a ferry on my own to come and buy music, I'd go mad visiting all the record stores in areas like Bairro Alto, Restauradores, the Portugália shopping mall and other places. None of those businesses are there anymore. The Lisbon tourist hype eventually killed a lot of great spaces; the butchering and selling of most of the downtown lead the way to endless iterations of soulless restaurants, bars and shops that could exist anywhere else. A few places, however, both in Lisbon and the south bank, contribute with a bit of sanity to those living here." 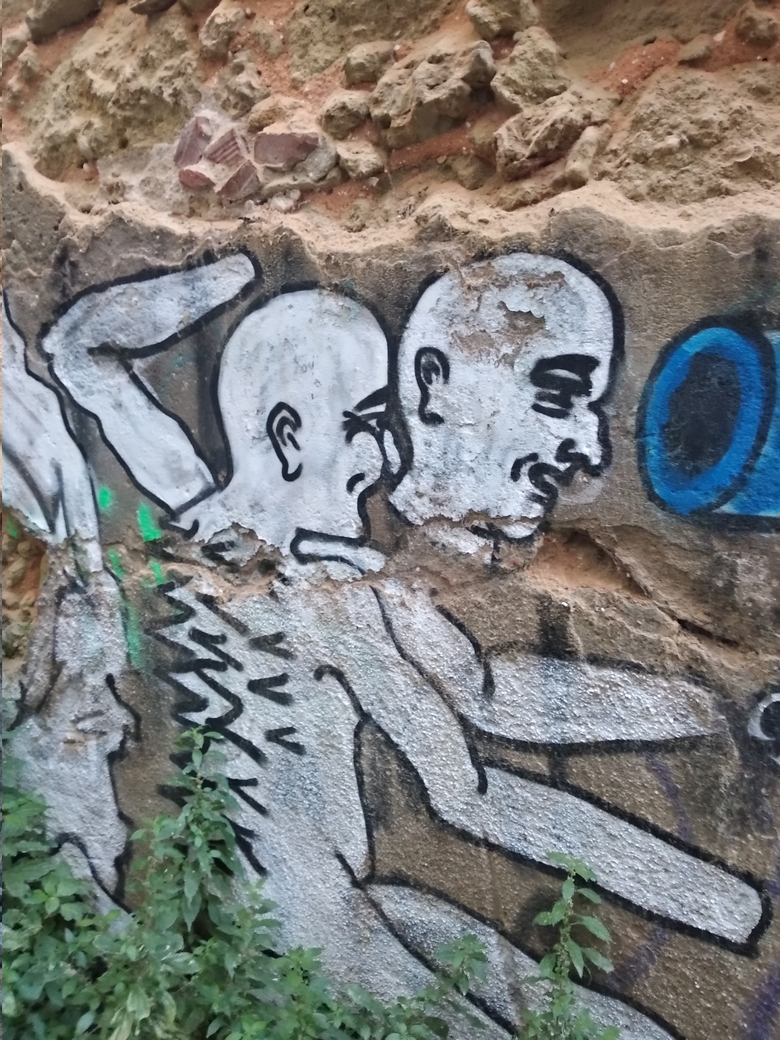 Galeria Zé Dos Bois is a rare pocket of awesomeness in one of the areas that suffered the most with Lisbon tourist hype, Bairro Alto. This old neighbourhood is where all the interesting nightlife and left-of-centre music used to happen in the 80s, 90s and early 00s, now it's a rendezvous for northern European stag dos and corny posh people. ZDB, however, is a completely different beast; long associated with the most interesting fringes of music and performance, and with a relentlessly fresh programming that also aims for diversity and inclusivity, this is one of my hometown's gems. 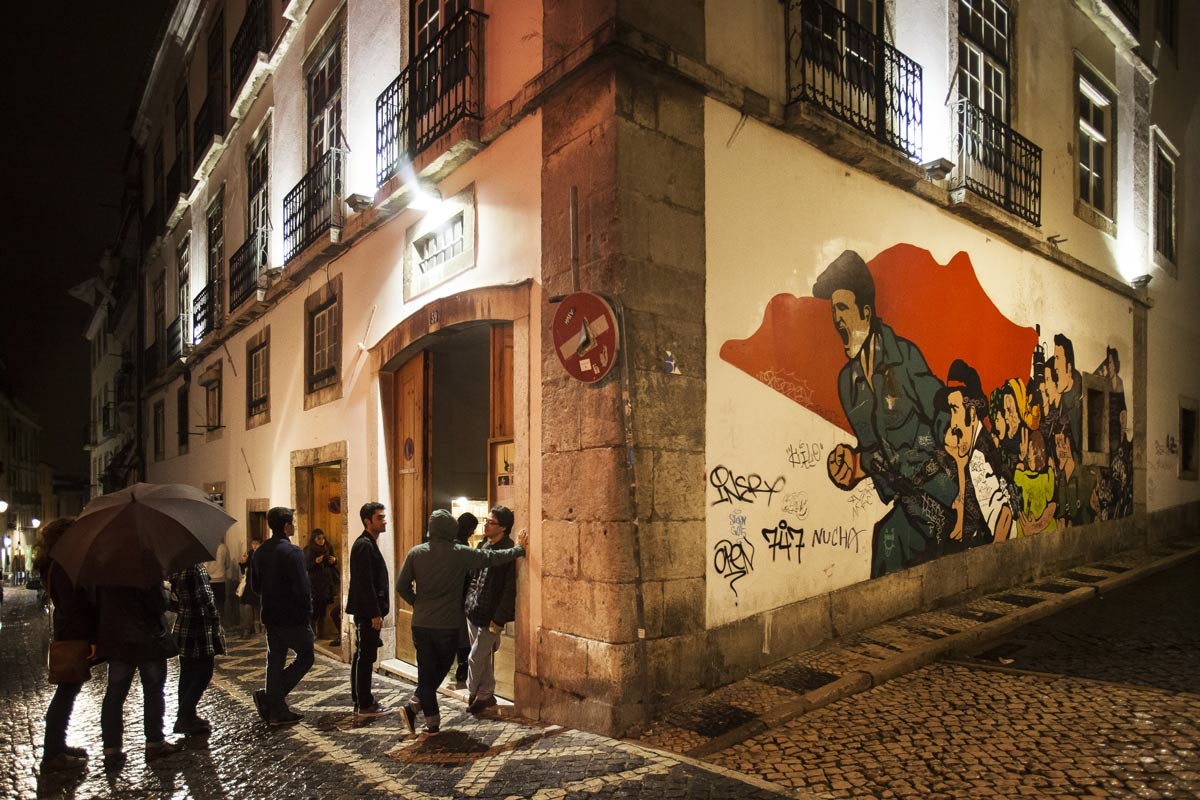 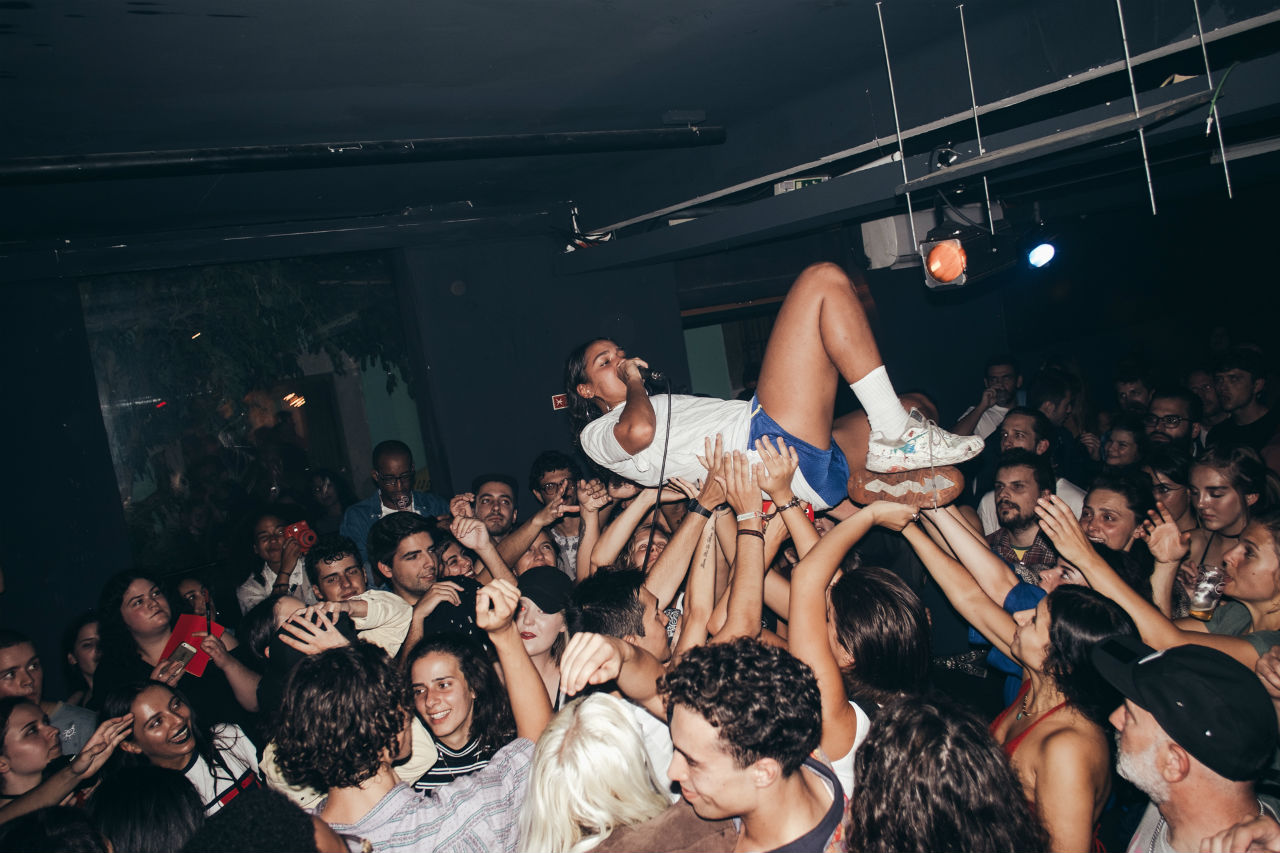 Hidden away at the bottom of Calçada do Combro, Incognito has stayed relatively insulated from Bairro Alto's clubbing degeneration. An indie rock club at heart, working under the same management since it opened in the late 80s, it became a weekend ritual for flocks of loyalist guitar music fans. On weekdays however, it's one of the safest bets for clubbers looking to dance to obscure italo, detroit-style electro, Dark Entries reissues and the odd Depeche Mode classic. I was always attracted to its Lynchian atmosphere and the kind of DJing I'd find there – more emotional, not always technical or even linear narrative-wise. It's one of the first places I started playing records at in the city and, to this day, it remains one of the places I most look forward to return to as a DJ. 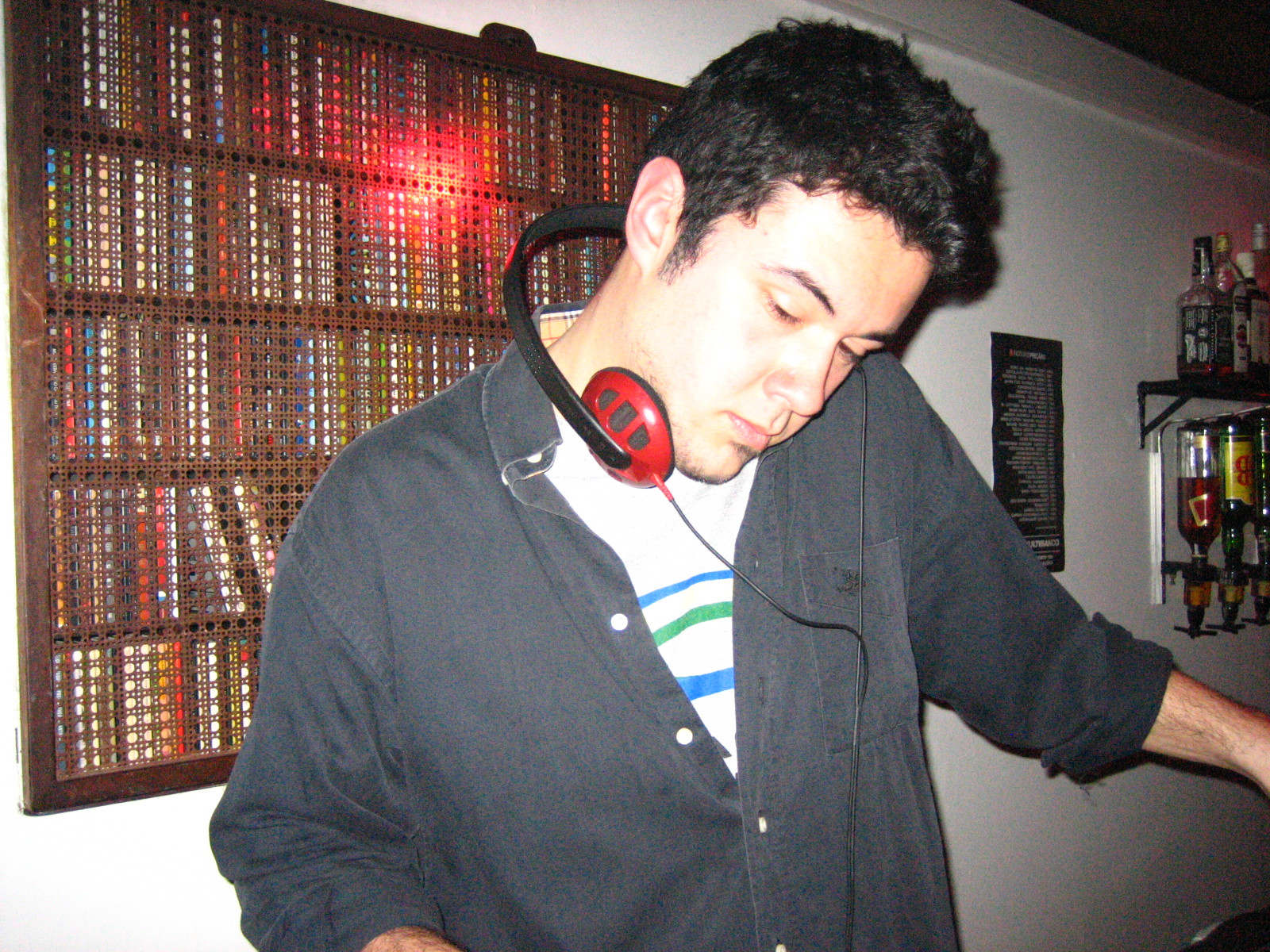 A former school building near Santos turned into a daring multi-disciplinary art space by the same people behind experimental theatre company A Praga, Ruadasgaivotas6 has in recent years become an important meeting point for collectives like Rádio Quântica (we occupy their sound studio for live broadcasts), Rabbit Hole, SillySeason and others. Its premise is to host emerging crews operating in the freshest fringes of artistic creation across visual arts, theatre and performance, and its programming is a cool window into Lisbon's cultural underground. It's also kind of a second home to us after a couple of years of Violet and I being studio assistants to Quântica activity there. 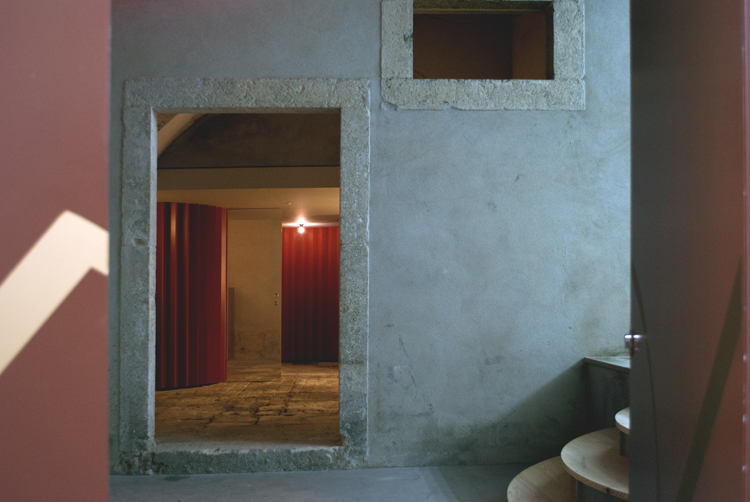 Part of wider Lisbon – although technically not Lisbon – the ferry dock of Almada, just south of the river, is inextricably linked to some of my first experiences going to Lisbon to buy records on my own. It's also one of the places I go to whenever I need to experience that old vacant feel the city used to have by the river. The derelict warehouses with the sick graffiti, not yet sterilised by gentrification, the cheaper seafood joints and all that space away from noisy tourist crowds really puts into perspective just how much this wild, unregulated takeover of Lisbon by rich, old northern European farts and annoying Burning Man types didn't just rob Lisboners of their city but, to an extent, took away their silence and peace. 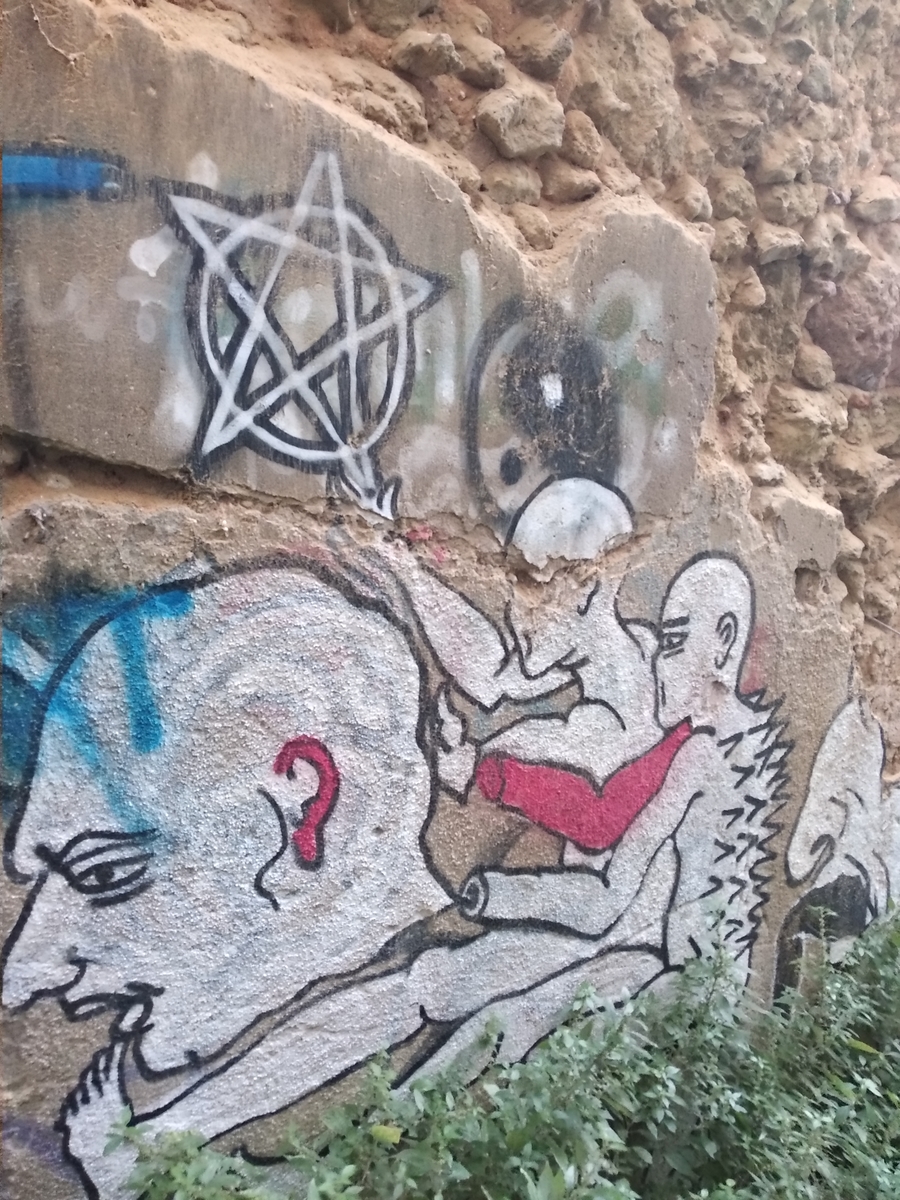