Originally hailing from Bulgaria, DJ and producer MANASYt made the move over to China nine years ago to teach English. He's been crafting electro synth productions on the side for almost 20 years, building up an enviable discography of music that has landed on imprints like Bunker Records, Touchin' Bass and Bodyvolt, alongside EBM singer Beta Evers. In 2017 he debuted on Tel Aviv via Amsterdam label MUSAR and has recently returned for Inferior Objects, an LP of lost recordings he produced during the noughties. 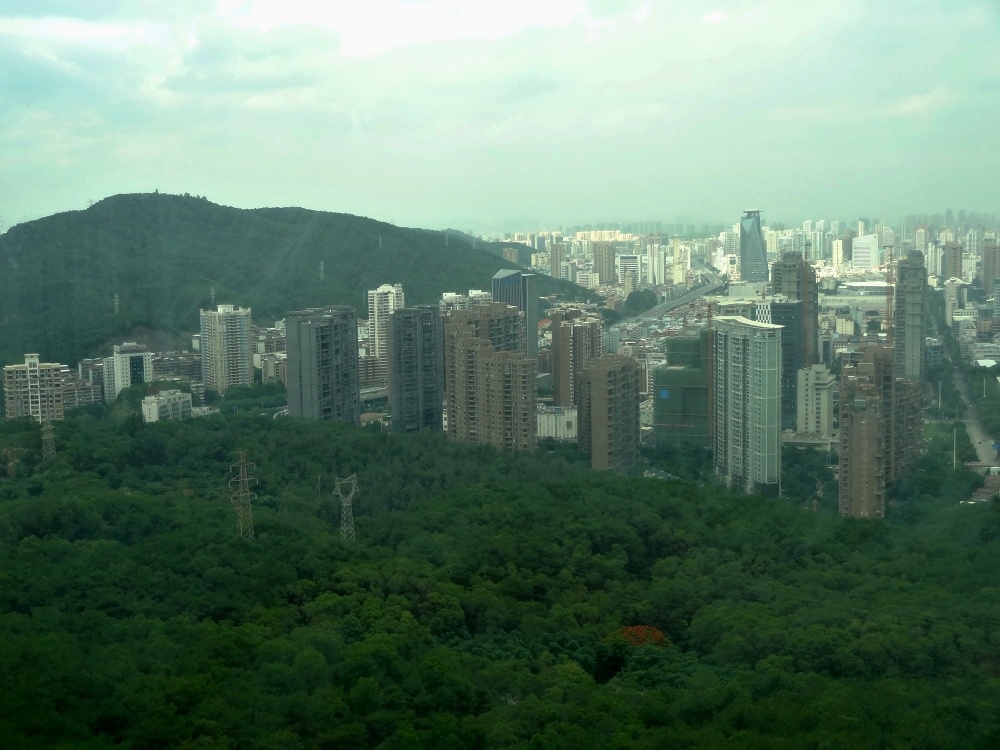 I’ve been living in China for the last nine years, eight of those in Xiamen (厦门). It’s in Fujian province, famous for Tieguanyin oolong tea (which I love) and the first overseas Chinese.

It’s probably one of the cleanest, greenest and most liveable cities in China. It will destroy your idea of grey and polluted China. Most people that haven’t been to China know only Shanghai and Beijing, those are called first tier cities, along with Guangzhou and Shenzhen. And the first two are the only ones with an electronic music scene worth mentioning.

Amoy (Xiamen’s old name) was a gateway to China for centuries. It’s a coastal city, situated right across Taiwan. People speak Minnan dialect, same in Taiwan. I don’t speak it, so I stick to Mandarin, which most people also speak, of course. It’s one of China’s Special Economic Zones, a BRICS meeting was also held here. It’s a very modern and vibrant city, if you don’t go to a certain area for a couple of months, you probably won’t recognize it. New shops and restaurants open and close all the time …It’s developing and improving every day with a dazzling speed!

The downtown (Siming思明区) is an island, several bridges go to the outer districts, one underwater tunnel as well. I live in (Jimei集美区) which is a school village. It’s a relaxed place, not as crowded as the downtown area. You can also watch the Dragon Boat races here, once a year. There are three universities and other schools here. I teach English to freshmen in Huaqiao University (Chinese: 华侨大学literally: 'Overseas Chinese University'). There’s a bar called Mushroom, that has live music and good drinks, most expats hang out there. There’s also ErGuo (2 dog), a cool craft beer place. 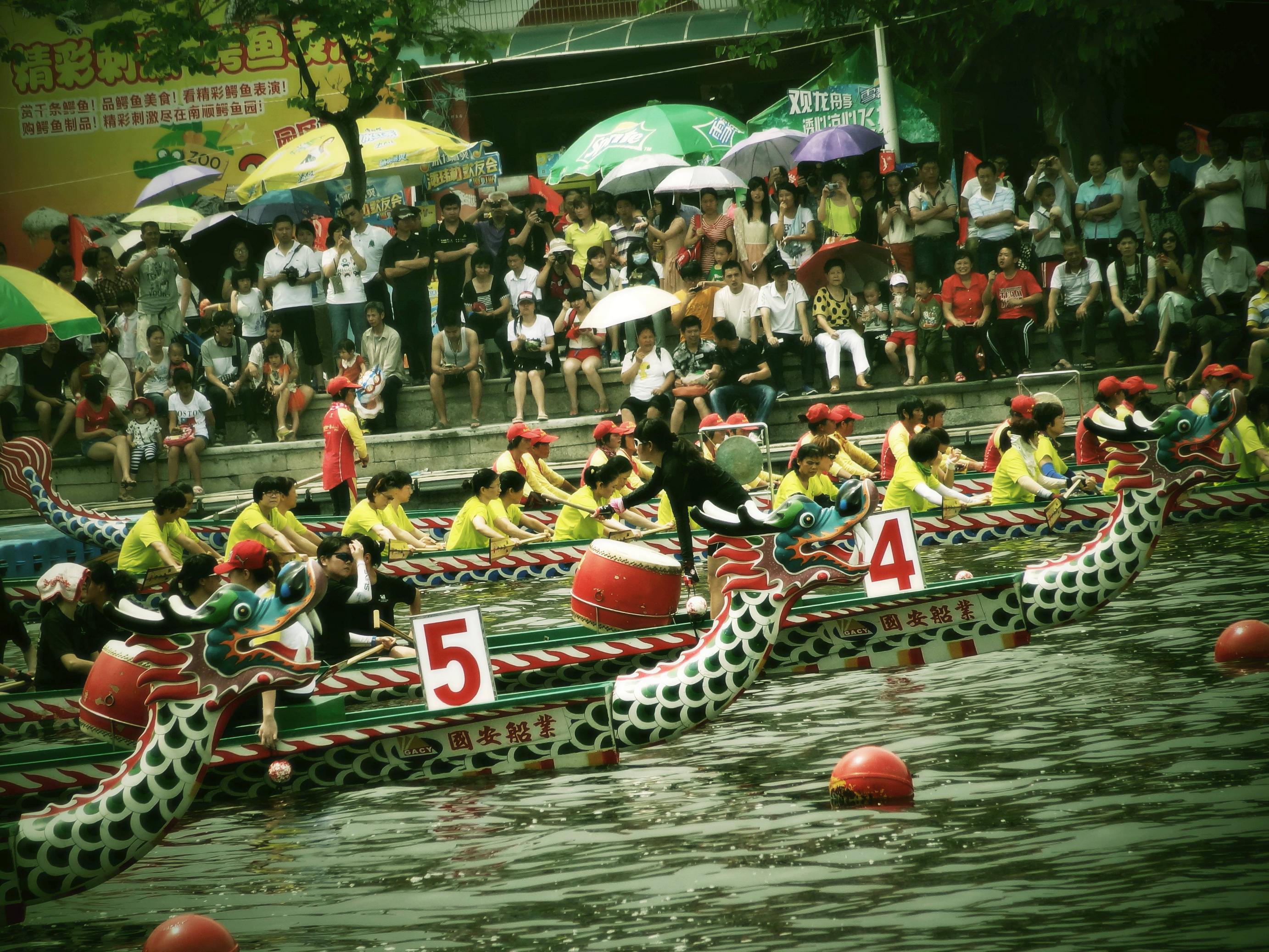 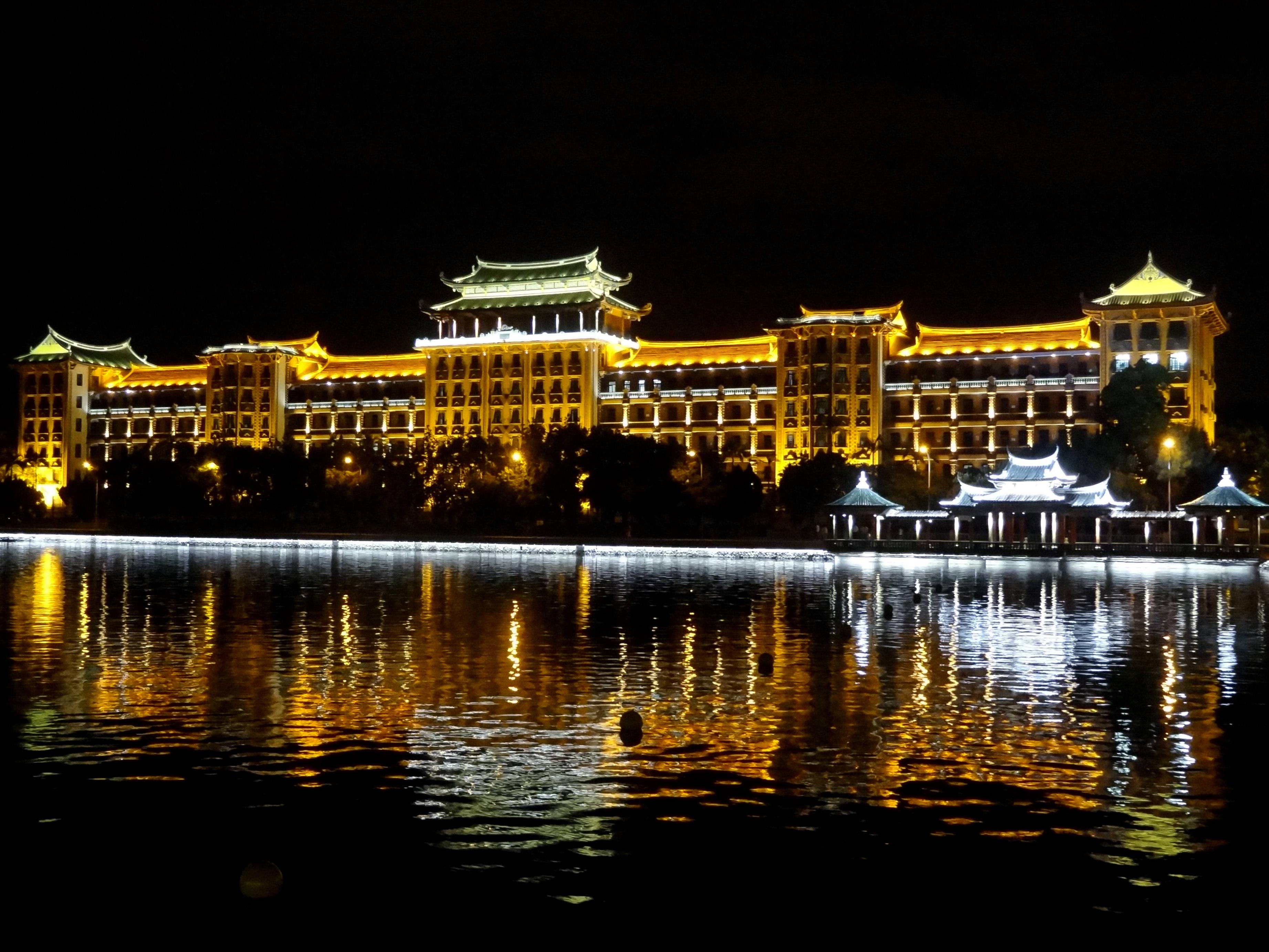 Bus can get you anywhere, there’s also BRT and subway since last year. Taxis are cheap, there’s also Didi, the Chinese Uber. The population is about five million now, a small Chinese town :D. The only problem is the property price, which is insane, it’s in the top five in China. Xiamen Gaoqi International Airport (XMN) is on Xiamen island and conveniently close to downtown and 20 minutes by taxi. Xiamen Airlines use XMN as their hub. There’s a direct flight to Amsterdam. There’s 144-hour Visa-free Transit in Xiamen, can be used if you have a layover and a ticket to another country. High-speed train can get to you to many places in China in no time, Hong Kong is 3.5 hours away. You can also go to Kinmen Island, Taiwan, by ferry from Wutong Terminal (五通客运码头), takes only half an hour. There’s another overnight ferry that goes to Taipei. Public bikes are everywhere as well. 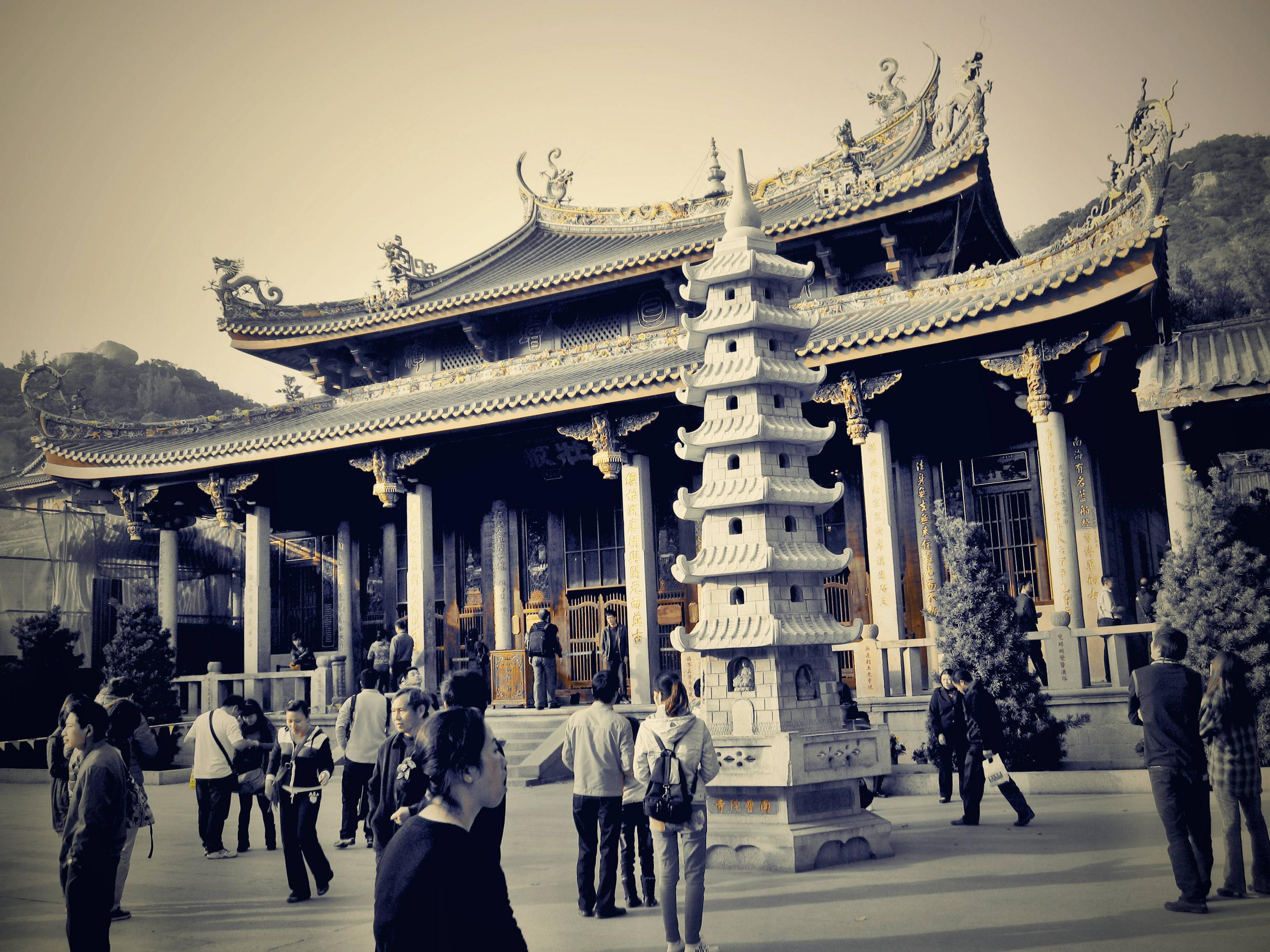 It’s car free and full of colonial buildings. Also accessible by a short ferry ride. It’s nicknamed Piano island. It can get crowded on weekends, so it’s a bit of a tourist trap. A lot of info about it online.

The campus is an attraction in itself, one of the most beautiful campuses in China. Lakes, bamboo forest, traditional buildings, museum, graffiti tunnel etc. Nearby is the popular Nanputuo Temple (南普陀寺). Nice to walk around, a small mountain behind. You can also get a vegetarian meal here. There’s also Zhongshan Road Pedestrian Street (中山路步行街). Good for shopping and street food. Zengcuoan Village (曾厝垵村) – similar. Island Ring Road (Huándǎo Lù) is good for a beach walk or a bike ride. There are many parks and water in the city. You can see old ladies dancing in the evening or old men practicing Tai Chi. Bailuzhou Park (白鹭洲公园), for example. 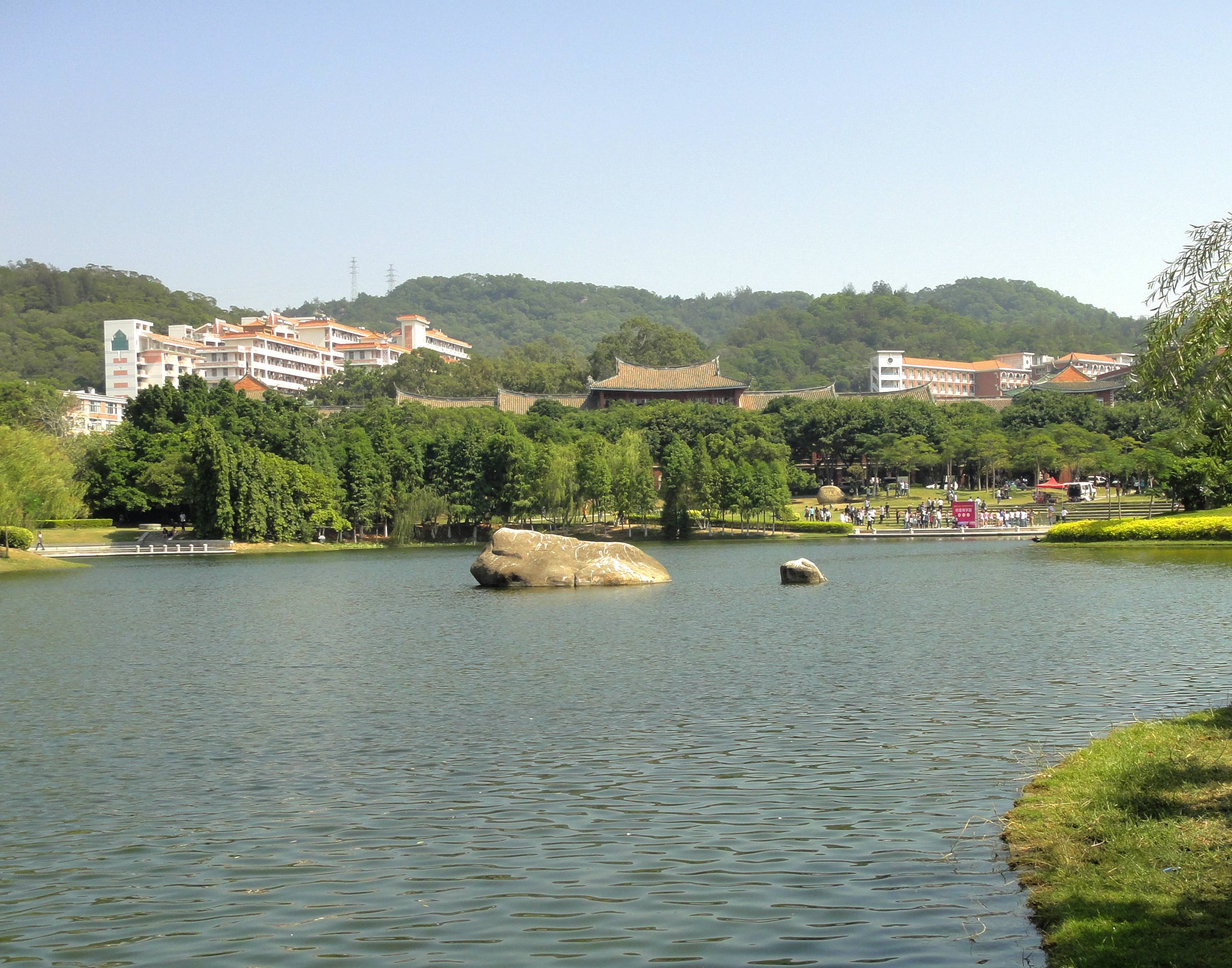 If you want to do nothing and relax, go to Xiamen Riyuegu Hot Spring Resort in Haicang District. Many different hot spring pools with flowers, beer, wine, fruits and whatever you can imagine. You can get a massage, eat or stay in the hotel. Massage places and KTVs are everywhere. If you’ve never been to Asia, try KTV one time, it’s worth it haha.

There are many loud clubs with crappy house music like “1801” or “The Key”. You can try those, I’m too old for that! “Helen’s” is a cool bar that has several locations in the city. There’s also Binbei (Coffee Street) around Marco Polo Hotel. Many Western bars and restaurants there. Also a popular expat hangout. Food is everywhere in China, I’m not going to focus on that. But if you haven’t had Chinese food in China…well, you haven’t had Chinese food! Xiamen is famous for seafood, if that’s your thing. I personally love it! You can easily get grilled squid on a stick just from a street stall. 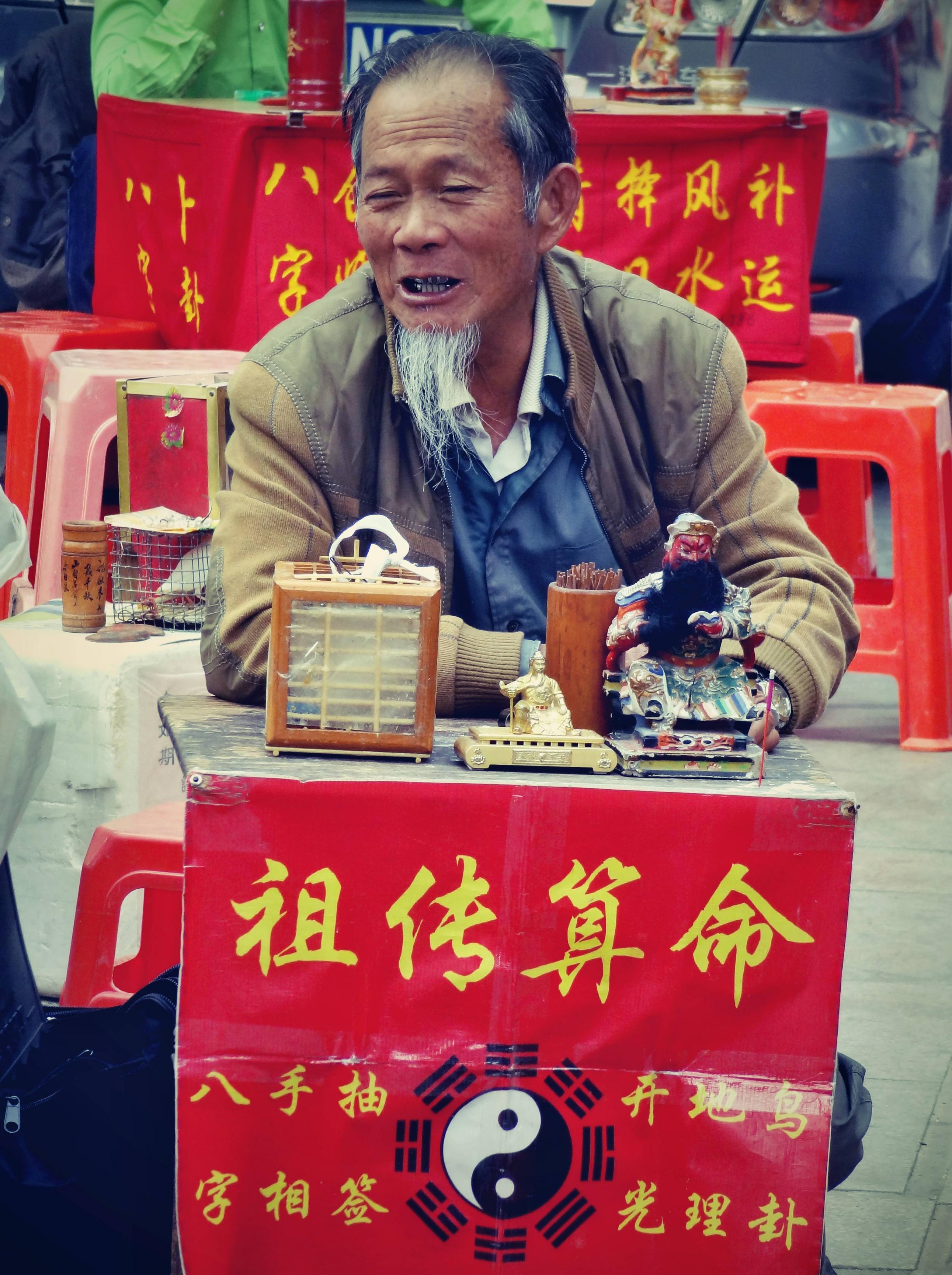 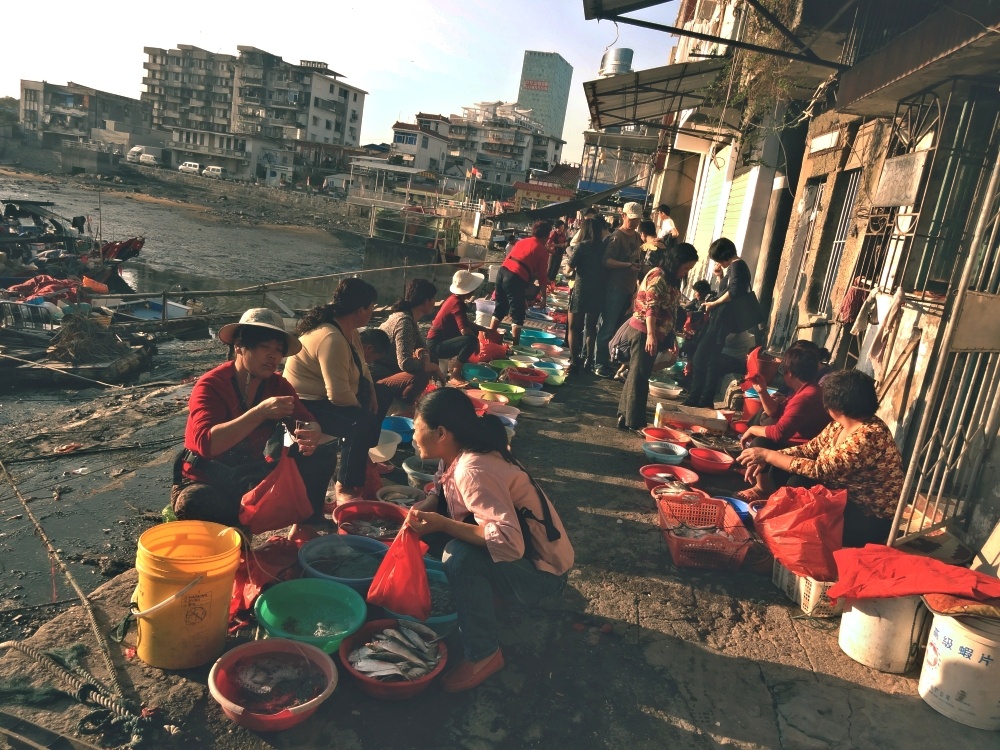 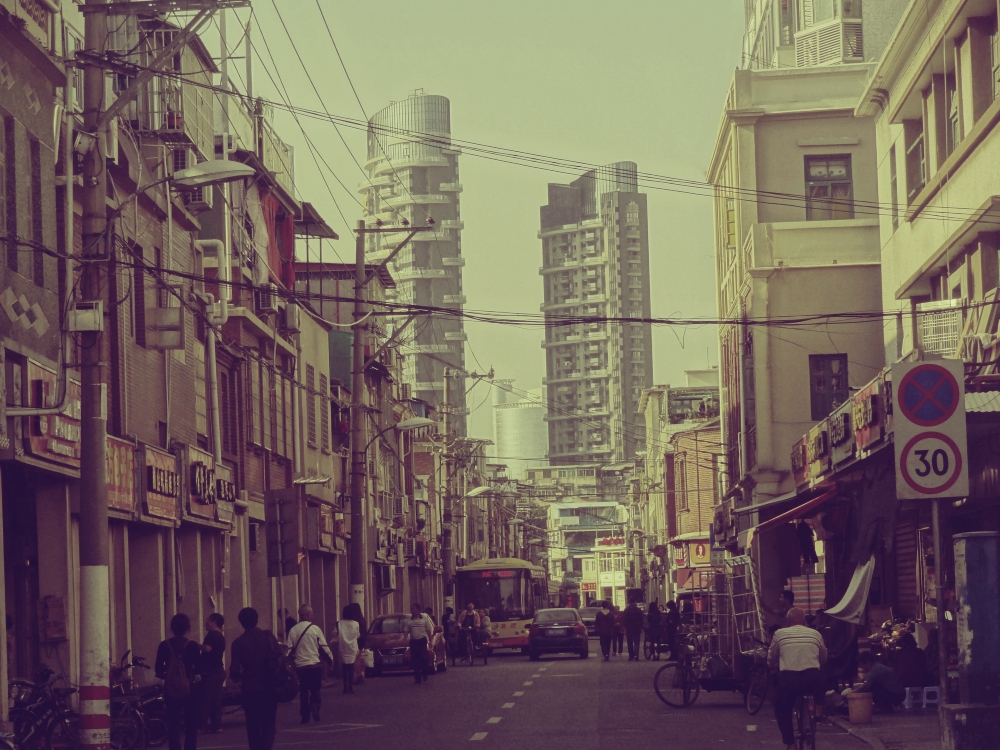 If you have nothing to do, you can always go to the Xiamen Botanical Garden. 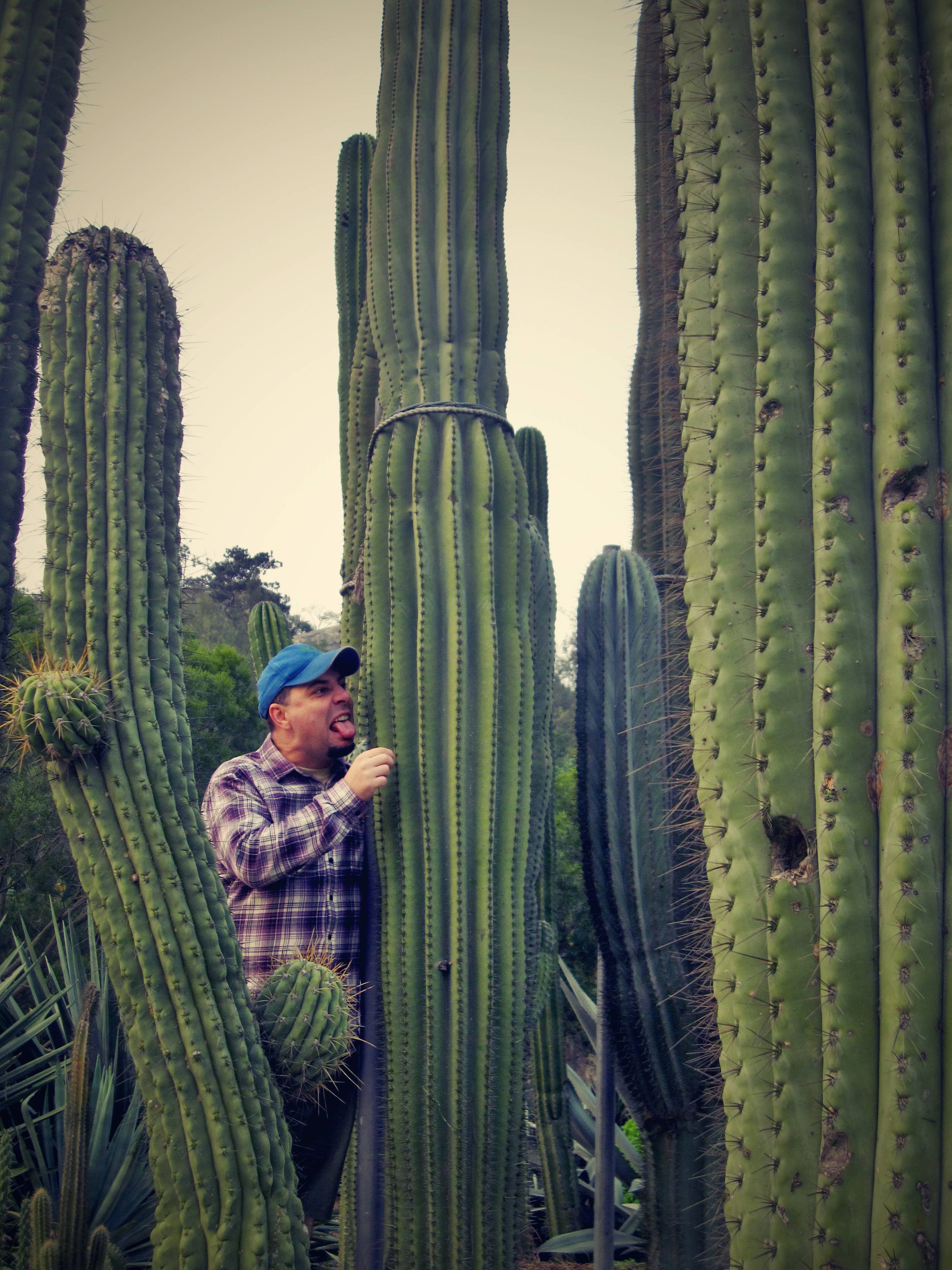 I’m sure there are a hundred other places I forget but if you ever make it here, give me a call 😉

There are many amazing places outside of Xiamen too…

In Yongding County, 3-5 hours from Xiamen, are the amazing tulou, which is a UNESCO World Heritage Site, structures where a number of residences are built inside a single fortified compound. Pretty mind-blowing stuff. 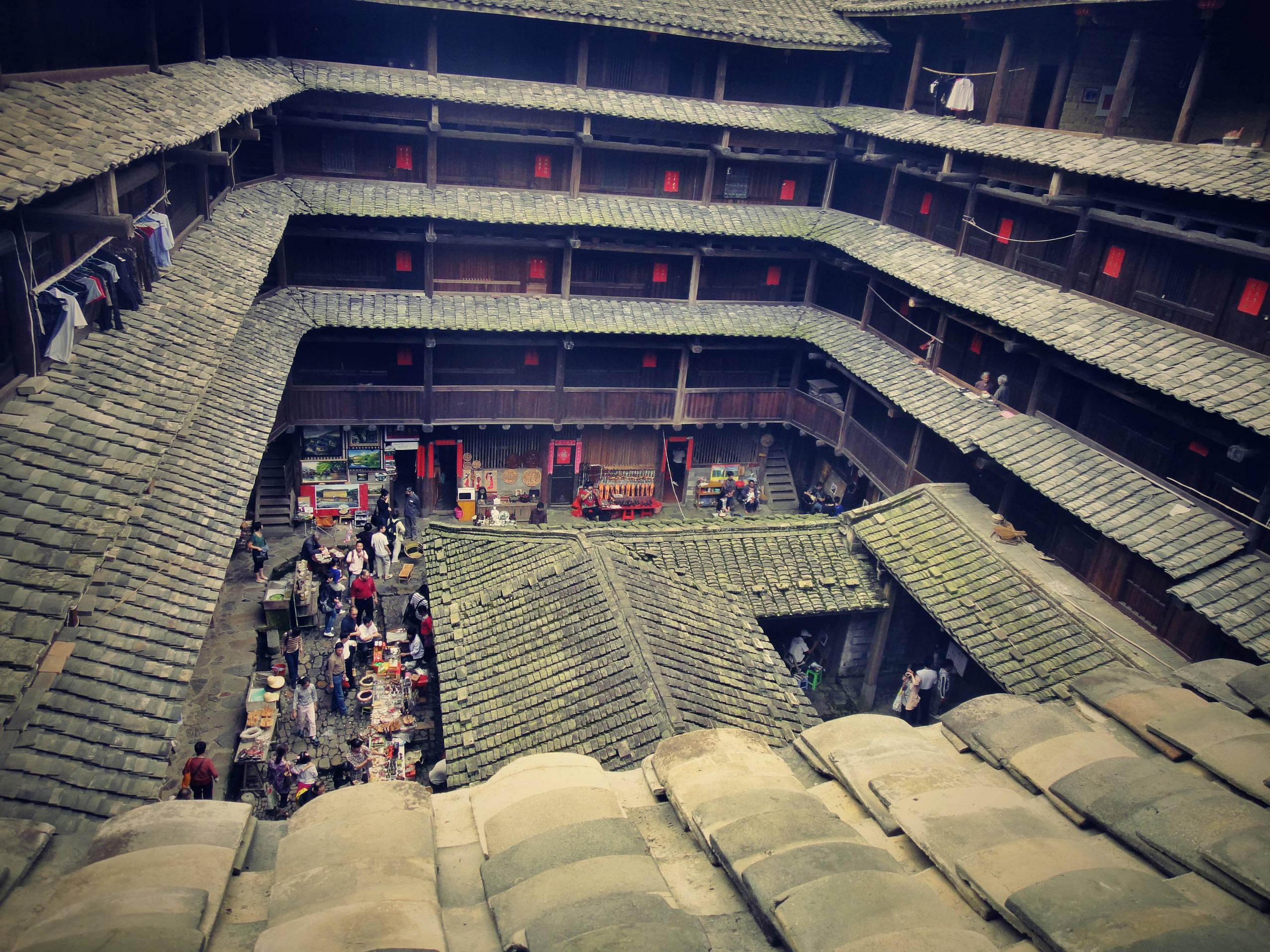 A city next to Xiamen. A really cool village is Xunpu, where people use oyster shells to build their house walls! And quirky old ladies wear flowers in their hair every day and sit around and play a mysterious card game, loudly arguing (my best photo included, proud of this one). All the photos in this feature are taken by me. 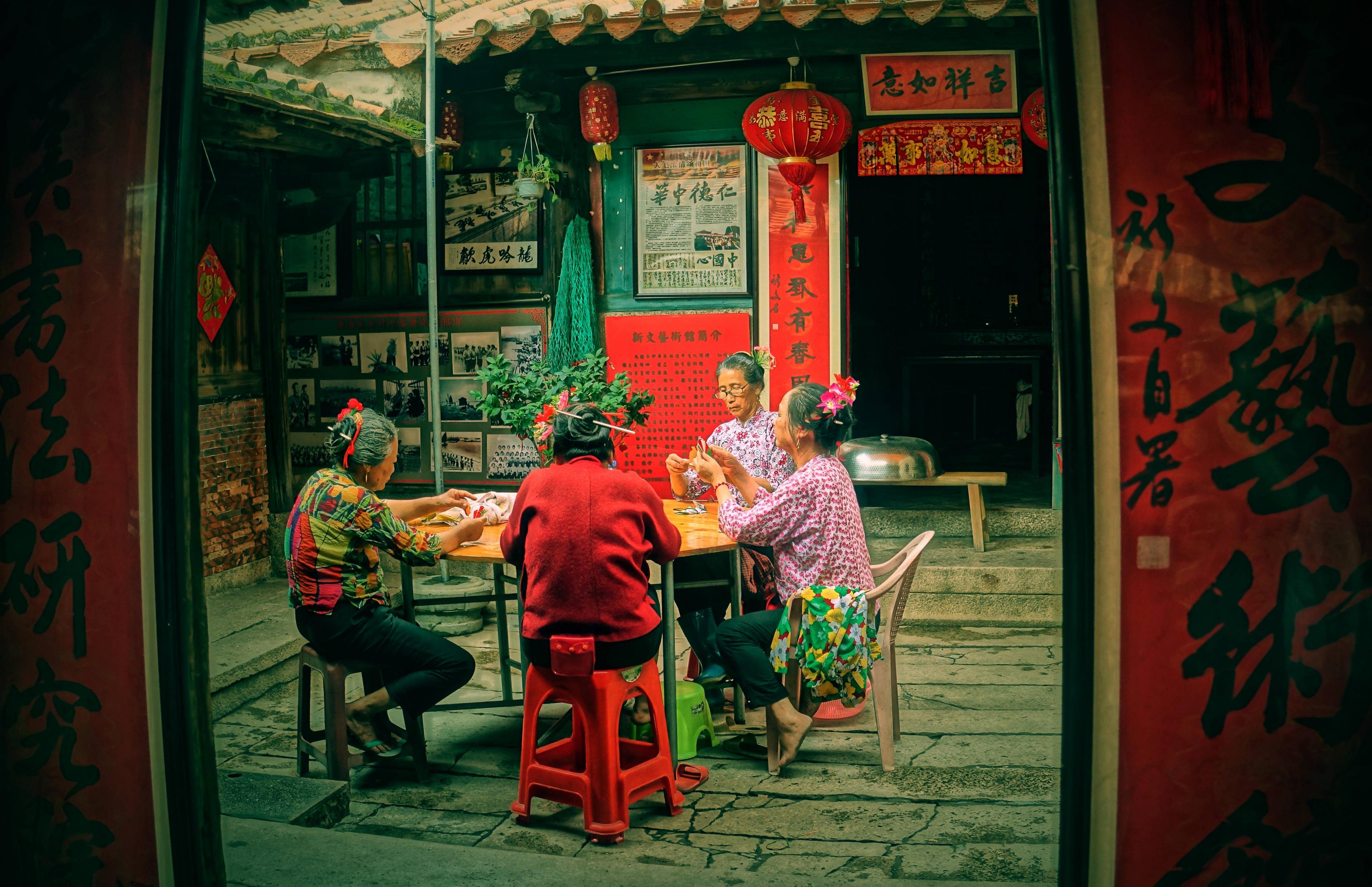 Welcome to Amoy… maybe you won’t ever leave, just like me.