Having previously released on a range of labels including Disque Discos and Discos Aquelarre, Peruvian producer Aristidez recently landed on Thomass Jackson's Calypso Records with the Evasivas Esotericas EP. Just one listen is all it takes to make you feel like you've been transported to the bustling streets of Lima.

For an extra splash of local colour, Aristidez has kindly put together this amazing Psychogeography guide to his home city, giving us the lowdown on its chaotic contrasts and powerful creative streak. Get stuck in below…

There is a certain curse about living in an ancient city. The historical and cultural conflict between the Occidentalism and the Pre-Hispanic always leaves evident traces. Nevertheless, these cultural hangovers are constantly relieved by the power of creativity: synchronism in religion, art, cuisine, dance and what matters to us now, music. 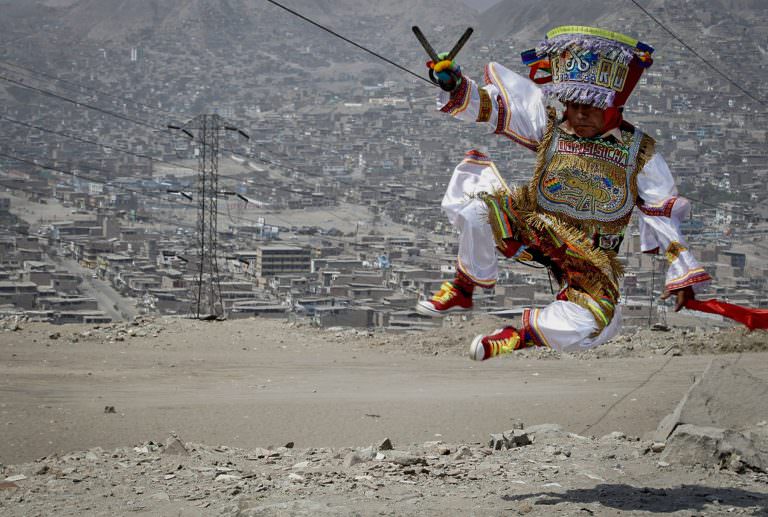 The danzaq (or scissors dancer) dance to revalue the native gods and confront the Christian god. 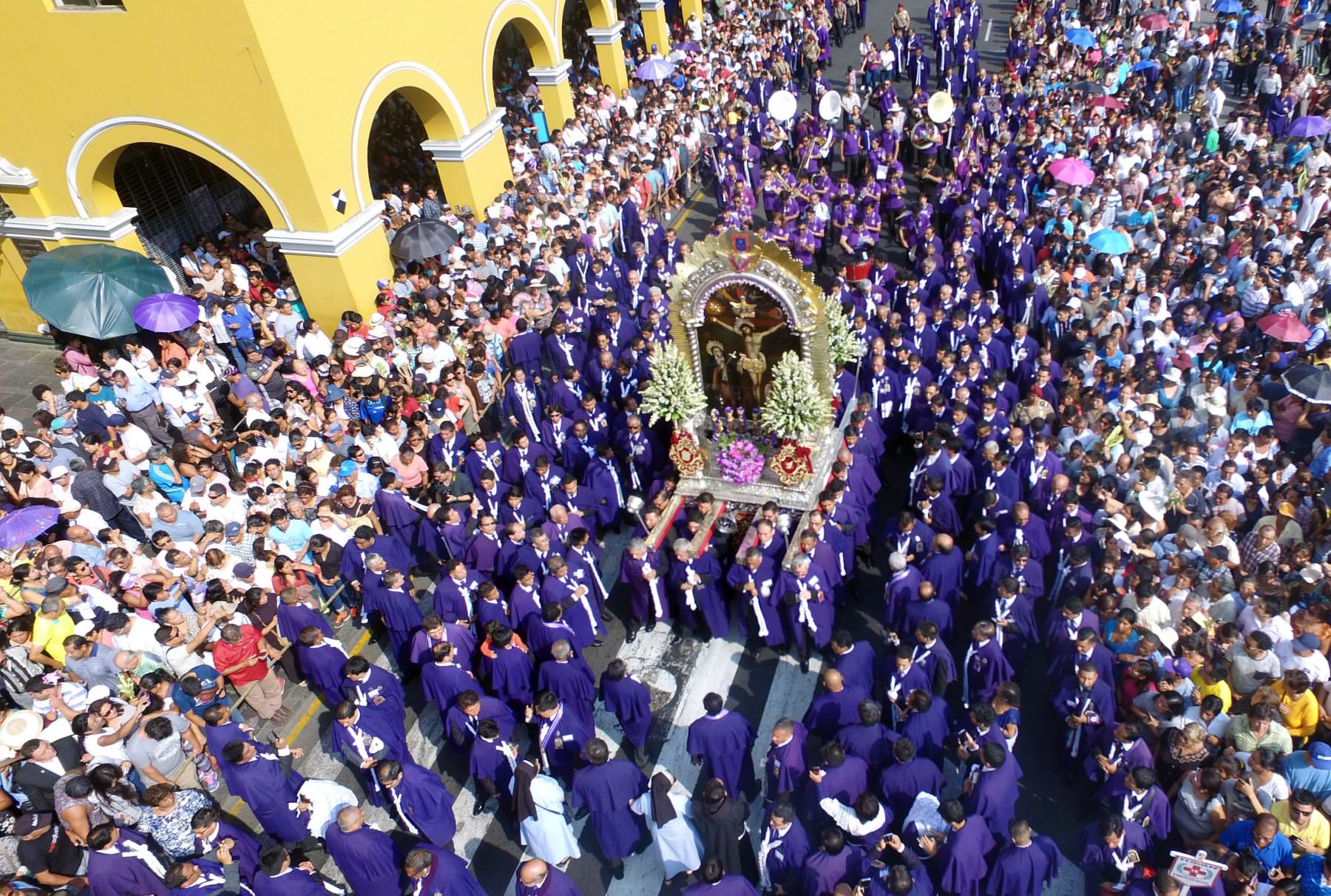 The Lord of the Miracles, also known as the Lord of the Earthquakes just like Pachacamac, an ancient deity. Some authors link both references as a sui generis form of religion synchronism.

Making music in Lima comes to be a vital way of surviving the chaotic consequences of a society in conflict. It's our fortress, our cure and our dizziness that makes the struggles of the city more digestible, many of them since having been around since the conquest times. And I believe it's also our future if we are creatively aware of our environment.

I would like to be authentically aware of my city. Sometimes Lima is overwhelming. Multifaceted and hyper-colorful but also monothematic and monochromatic. It's stubborn and capricious and at the same time unexpected and surprising. For example, we can find the most enigmatic and silent places as well as the noisiest and most polluted.

Definitely one of my favourites place here. Located downtown, reaching the gallery will show you the chaotic and exciting ways of the city (each time I'm more convinced that living in Lima is a constant polyrhythm). Anyway, this place taught me to be interested in Latin records. You can find awesome vintage records here. 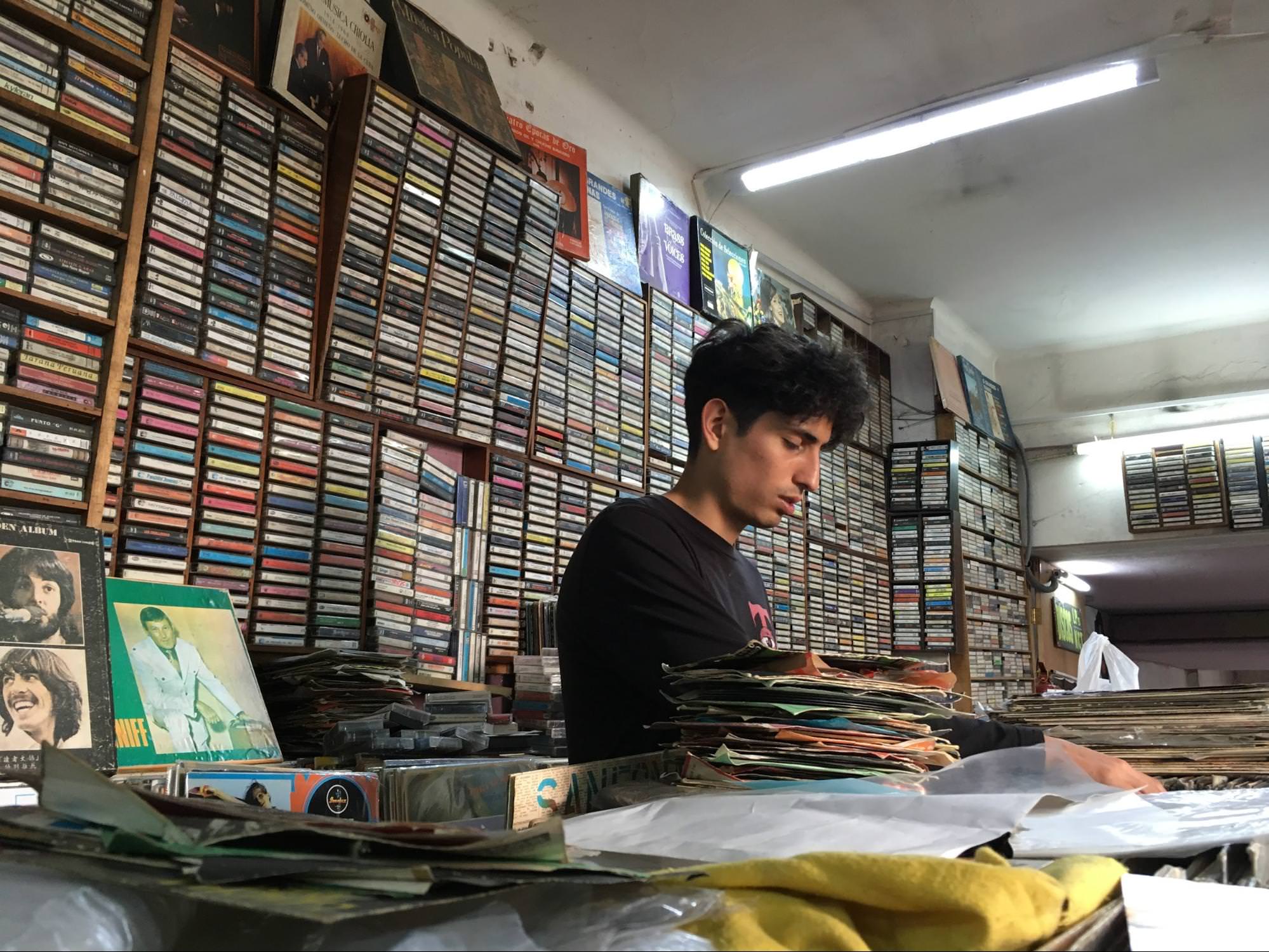 Me digging on the second floor of Quilca’s Galleries

Another obvious contrast in Lima: the desert and the ocean. Although there are some valleys, Lima is the second biggest city built in a desert. The ocean is crucial, because the breeze cleans all the pollution and is also a catalyst for the growth of urban movement. For me, as for many people, seeing the ocean is a need (emotionally speaking).

If you get lucky and Lima is sunny, going up San Cristóbal Hill is a great way to see how vast the city is. From the top you can see almost the whole coastline of Lima, from Chorrillos to Callao. The hill is also home to the biggest Christian cross in the country, which makes it an important place for Catholics. 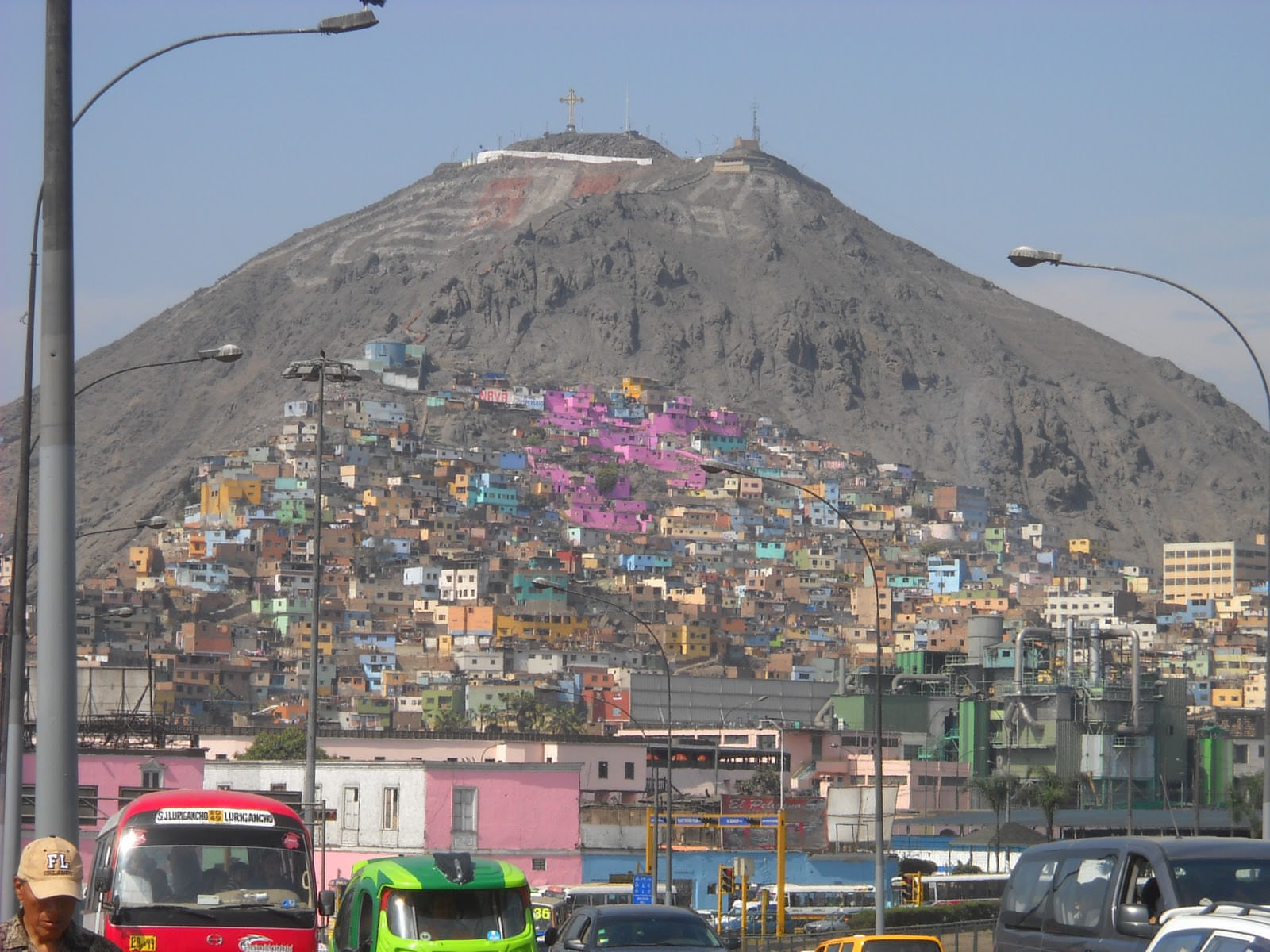 As I said, the ocean is essential. By walking around the pier, you can appreciate beautiful landscapes and houses. From even San Isidro and Miraflores (more modern districts) through Barranco and Chorrillos (more bohemian and antique) you can have an inspiring and relaxing day. Works for me often. 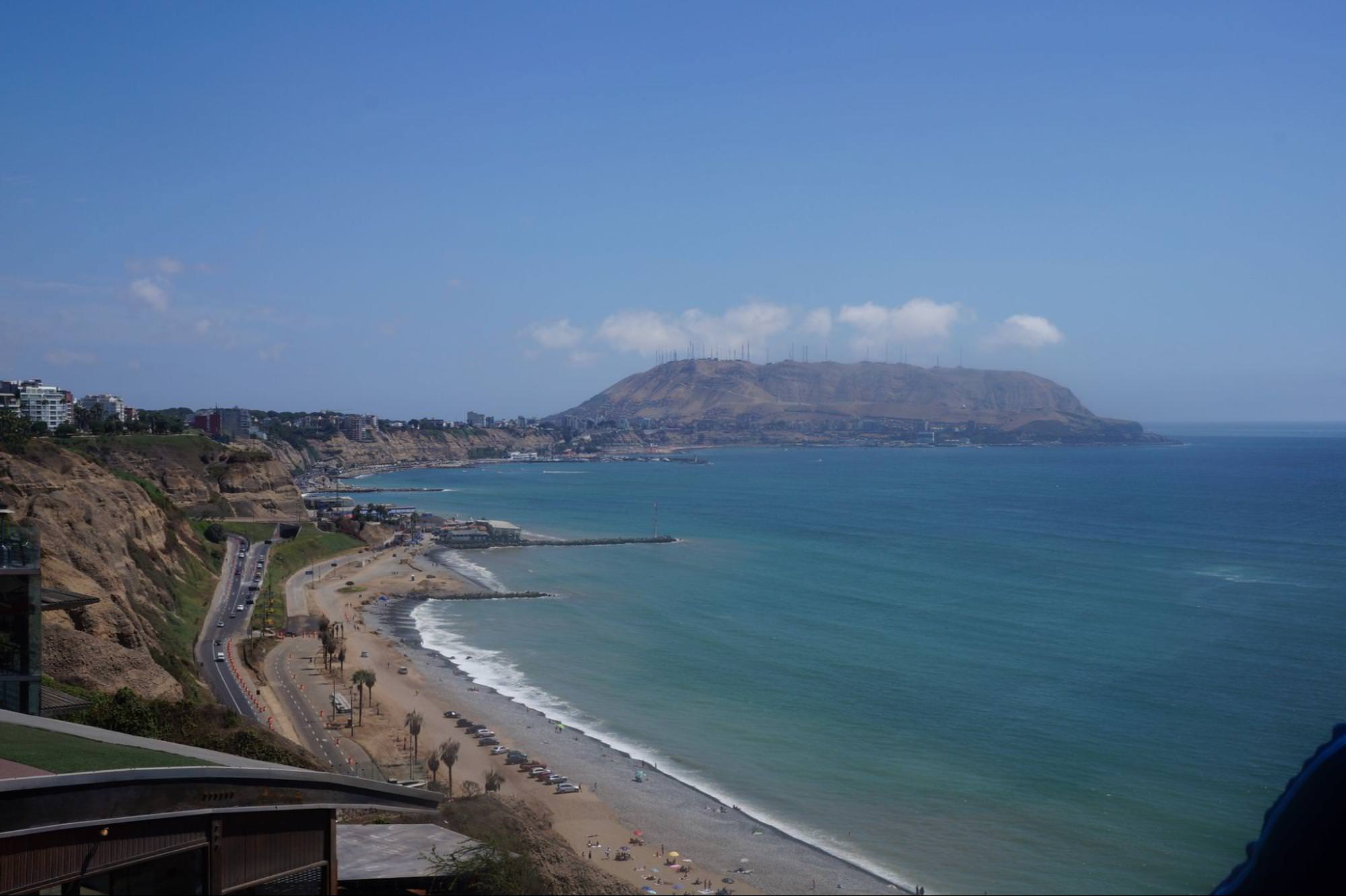 View from the “Pier of Miraflores”

It’s not about the cold, it's all about the grey in every way. The cloudy weather affects us emotionally in a nostalgic way, to the point that seeing the sun during one of these days could be considered good fortune.

Huacas (or 'sacred places' in Quechuan)

To this amalgam of colors and sounds, we have to add the (almost 250) archeological vestiges that you can find all around Lima between pyramids, walls, and archeological complexes. The most well-known are the Huaca Pucllana, Huaca Mateo Salado and Huaca Huallamarca. There are some really special days that the municipality and cultural collectives do some concerts at this attractions. Even when there is no event taking place, these huacas make Lima sound different. Tthe energies that flow through these ancient walls and the colors that reflect have influenced and will continue to influence, at least unconsciously. After all, don't forget that we belong to a millennial culture. 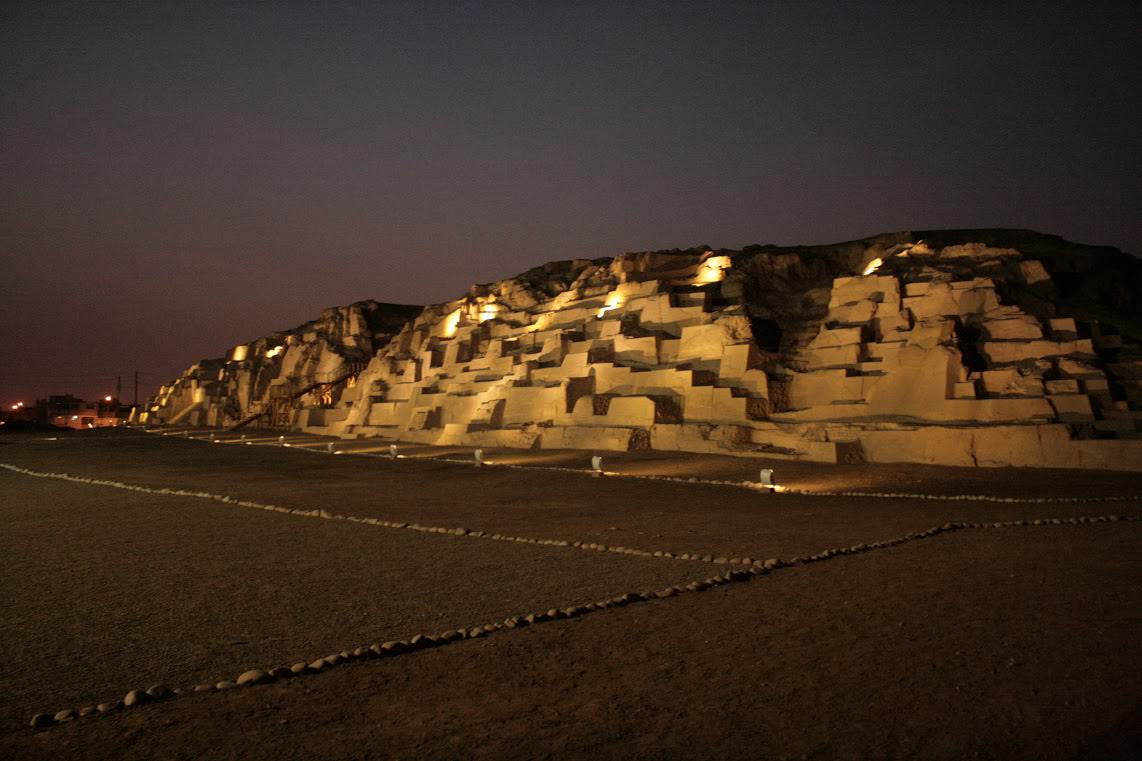 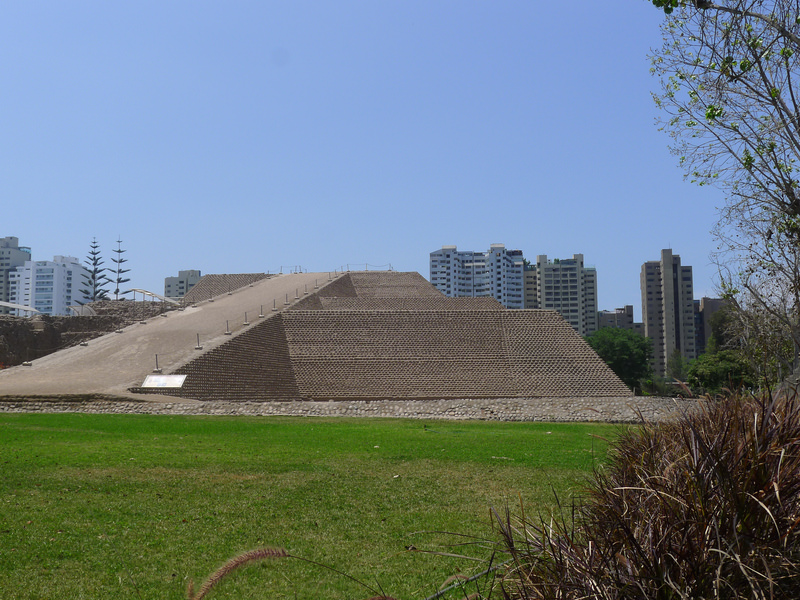 Huaca Huallamarca, in the middle of the financial centre