Napoli is undeniably a city with a unique disposition. It has been the subject of countless texts, songs and art. Centuries of culture and history are mixed with loud voices, noises and perfumes; those who have been here can confirm.

Art moves in all directions through the narrow streets across the city. Lately, cinema, literature, fashion and advertising have all been fascinated by Napoli’s image, by its lively spirit and vibrant atmosphere.

Music, too, has received this artistic attention. A fresh and original scene is evolving and finding an identity. A strong group of DJs, producers and musicians are taking inspiration from a musical past whilst simultaneously looking towards the future.

I reached out to some of them, asking these local heads to choose their favourite spots. These stories, accompanied by a picture provides behind-the-scenes look at the evolution of the ‘Napolisound’.

I began with Milord, a producer from the Periodica Records family, 1/3 of The Mystic Jungle Tribe and ½ of The Normalmen.

Earlier this year, his first mini album ”Delta Waves Dimension” was released on local imprint Periodica Records. The project is a very personal and oneiric journey influenced by the traditional sounds of italo, electro and early house, whilst also making experimentation a thematic focus.

Milord decided to show me one of the dearest places to him and his family: the “Eremo dei Camaldoli”.

"The reason why I chose this place is because it is not too well known and the view from up here is incredible: you can see the whole city, from east to west. I live nearby and it is where I spent most of my childhood. The father of my baby-sitter (who later became my aunt!) had a sort of small shop where he sold products of the “Camaldolese” monks.

It is, currently, a peaceful spot where spiritual retreats are organised. The main attractions are the old monastery, where my parents got married, and indeed the beautiful view, which can be reached through an equally evocative tree-lined path. Even if it can be a pretty boring place, it's my favorite part of the city”. 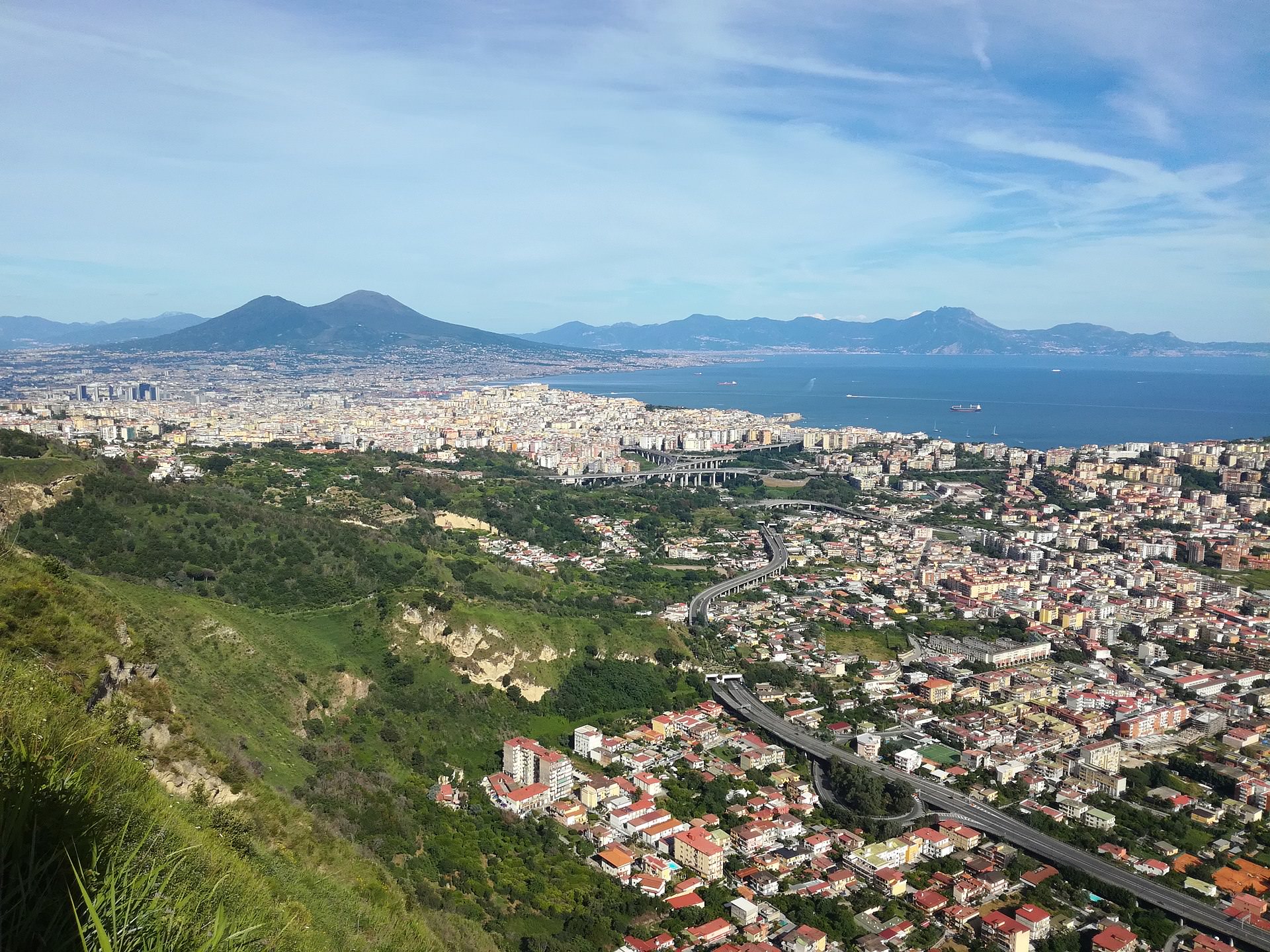 After Milord’s spiritual and natural landscape, I turned to the duo of Napoli Segreta, also known as Famiglia Discocristiana and DNApoli.

These guys are renowned for their expansive record collection and deep knowledge of rare Neapolitan funky tunes. They collaborated with Early Sounds Recordings and Nu Guinea as selectors for the recent compilation "Napoli Segreta": a collection of Neapolitan disco and funk rarities from the '70s and' 80s. A must-have to fully understand the roots of the ‘Napolisound.’

The two DJs decided to show me a completely different kind of landscape: the industrial area at the border with the suburbs. Precisely, on the top floor of a mall’s parking lot, a giant mass of concrete that overlooks the containers and hangars of the port.

The view is amazing and provides us a unique image of Napoli, far from the typical idea of a Mediterranean city. Years ago, in this same parking lot during their usual after-work beers, the two friends decided to put their records together. These tracks became the backbone of their sets, and later of Napoli Segreta. Why did they pick a parking lot that overlooks the port?

"Because here we feel free as seagulls #libericomegabbiani”

“Nuova Napoli” is Nu Guinea’s latest critically acclaimed album, receiving international recognition. With this record they managed to give their personal twist on the Napolisound, and the duo is now touring with their new incredible 8-piece band around the world.

Based in Berlin, the boys spend little time in their beloved city. So, when they are back home they try as much as they can to visit their favorite spots, often places serving up traditional Neapolitan food.

I meet with Nu Guinea for lunch in La Deliziosa, a small grocery shop famous amongst locals for serving one of the best stuffed focaccias in town. Lucio and Massimo have come here since high school, becoming friends with the owner and staff over the years. When they walk in, the lady immediately moves for the ham and mozzarella focaccias. The guys just have to say "one euro" or "two euro" and the lady cuts a small or a big slice. After thinking about it for a while, they admit that they have never chosen the small option.

They take a photo with the staff before saying goodbye and setting off for their next gig.

Pellegrino, the brain behind Early Sounds Recordings, is another Neapolitan artist living in Berlin. His label has always emblematized the trends and vibes of the city, launching many Neapolitan artists into the spotlight. Lately, Pellegrino is promoting his latest project “Zodyaco”. Inspired by traditional Italian jazz-funk mixed with exotic tones, the album is a tribute to the stars in the sky and their reflections on the sea.

No longer a local, Pellegrino chose his studio as his favourite spot. He explained that when he returns to Napoli, he loves to lock himself in The 8 Studio overlooking the slopes of Vesuvius. 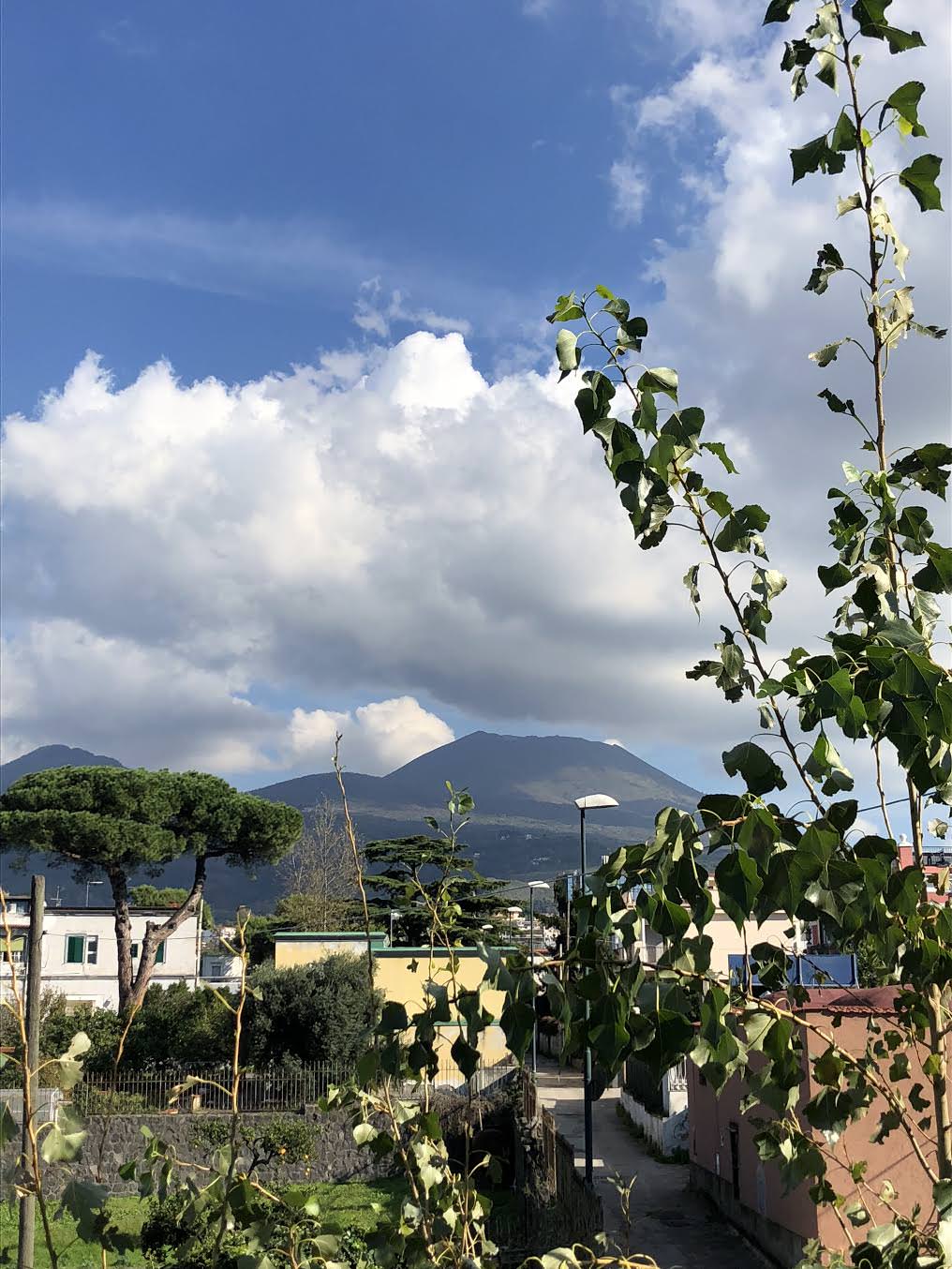 The location is suggestive, and when I asked him what makes this place so special, his response was nostalgic and proud:

“The earth burns under my feet, in the magmatic bowels on the slopes of Vesuvius. This is where I come from, and where I grew up. The picture is the view from The 8 Studio where I record and produce my records and the Neapolitan HQ of Early Sounds Recordings.”

1/3 of the trio The Mystic Jungle Tribe and 1/2 of The Normalmen.

A very eclectic artist, he is able to explore different genres whilst always keeping a very strong identity. Manny manages to navigate between various styles easily. For example his aggressive releases on Firecracker Recordings contrast quite strikingly to his smoother rhythms on Periodica Records. His latest project “T.C.P”. was released by Origin People.

Manny chose a very personal place, a graffiti spot up in the Posillipo hill. As a teenager, he used to come here with his friends to practice his skills with spray cans. Every once in a while, he comes back here to smoke a cigarette and admire his old artwork, still visible some ten years later. He fondly recalls devouring audio cassettes of soulful house music that his older sister gave him whilst tagging the walls. Here is a photo from those youthful days. 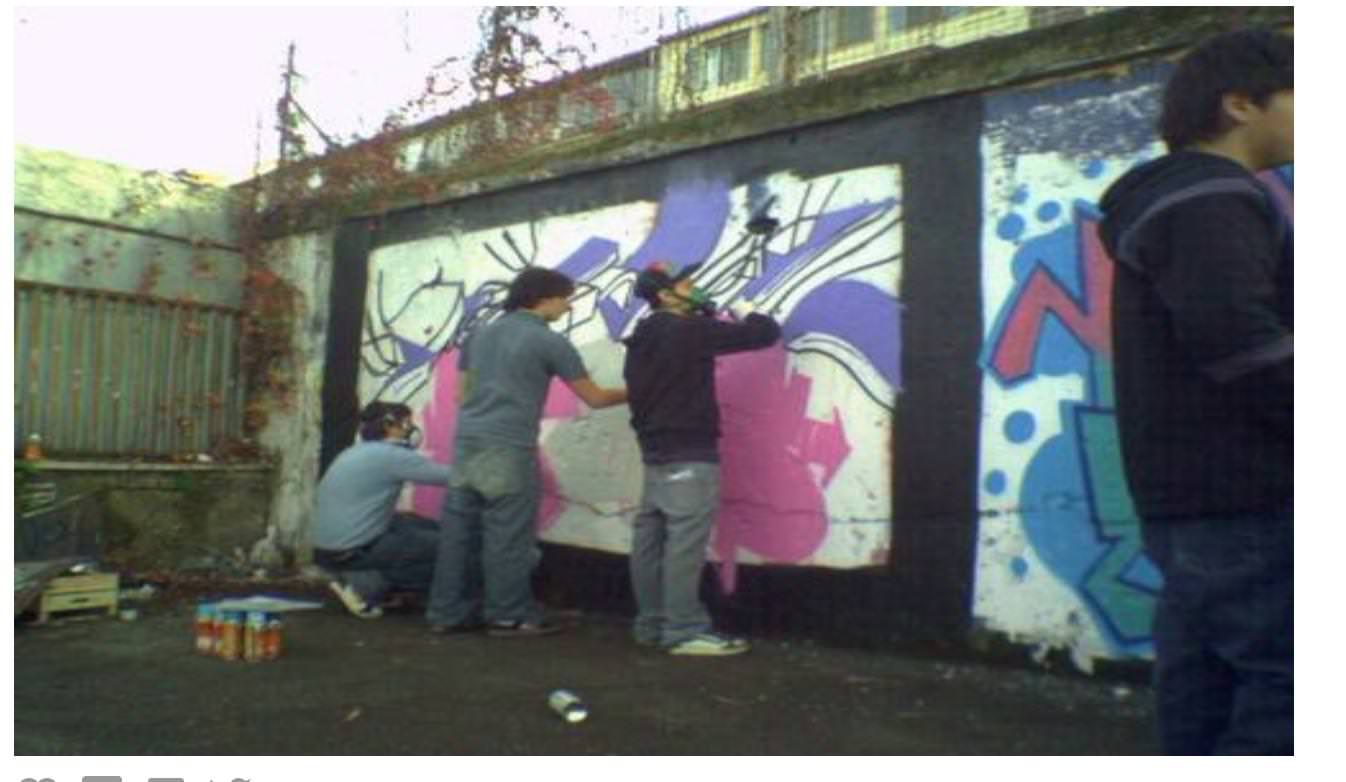 Last but not least, I wanted to talk to our friend Modula, who premiered on The Ransom Note with his latest work "Incontro Al Club Ventuno” on Futuribile Records. The project manages to imagine the perfect score for a fictional movie inspired by the “poliziotteschi” flicks of the ‘70s.

Modula’s music is able to transport the listener to a specific place and time. It could be an exotic jungle, as on his “A Tropical Journey” on Tartelet Records, or an emergency landing on Mars, demonstrated by his album “Autostrada Galattica” on Bordello A Parigi.

To represent his hometown, Modula chose the beach of Capo Miseno, in Bacoli, the headland that marks the northwestern limit of the Gulf of Napoli. 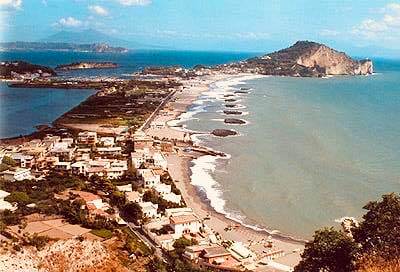