This Week… Headbutts, Dad Dancing and Oakenfold Gets Stonehenge’d "I've always wanted to smash a guitar over someone's head. But you can't do that with a piano" – Elton John

"What the fuck is a Google? That don't even make sense. Just get a regular word" – DMX

“Despite having performed at incredible events and locations all across the globe, sunset at Stonehenge is by far the most magical moment to have the privilege to experience" – Paul Oakenfold

Hello, hello, hi, and welcome to this week's edition of… This Week.

First off we've got to talk about Paul Oakenfold reaching the apex of his career and fulfilling a presumably lifelong ambition to be the first DJ to play a set at Stonehenge. That's him at the top of the page, if you hadn't worked it out already. Cheer up mate, you're only dropping massive trance anthems at an iconic Neolithic monument!! But why Stonehenge? "We want to support English Heritage," Oakenfold yawned. "It's important to let the young generation – any generation – know how important this place is." Fair enough.

Apparently Carl Cox made an appearance as a surprise treat for the almost 50 people lucky enough to be witnessing this historical event. The organisers had run out of silent disco headphones so he just stood by the booth rustling a handful of oak leaves and muttering something about "mystical energy".

I interviewed Paul Oakenfold once. He didn't take his sunglasses off the entire time. We were in a room with no windows. Nice bloke though.

I also know someone whose friend's stepbrother's accountant went on a stag do once and Aphex Twin was there. (I'm connected like that.) Apparently he vehemently insisted on hiring a stripper even though nobody else was really feeling it, racially abused a bouncer, and ended the night face down in a ditch whistling 'La Cucaracha'.

Here's Australia's new prime minister Scott Morrison. He's in hot water for tweeting a video of a parliamentary session overlaid with Fatman Scoop's raucous 1999 hit 'Be Faithful'. Pretty funny if you ask me – especially coming from an evangelical Christian only three weeks into the job – but it's detracting from his racist, bigoted views and he can get tae fuck.

Here's a jazzer who made another musical mistake: 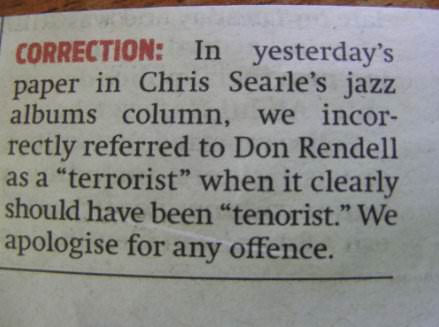 I've been feeling a bit lonely recently so rather than download Tinder again or attend a seance I decided to get a cat. She's really pretty and has fluffy fur. Please give a warm welcome to my new feline friend Mystic Mog. Meow meow!! 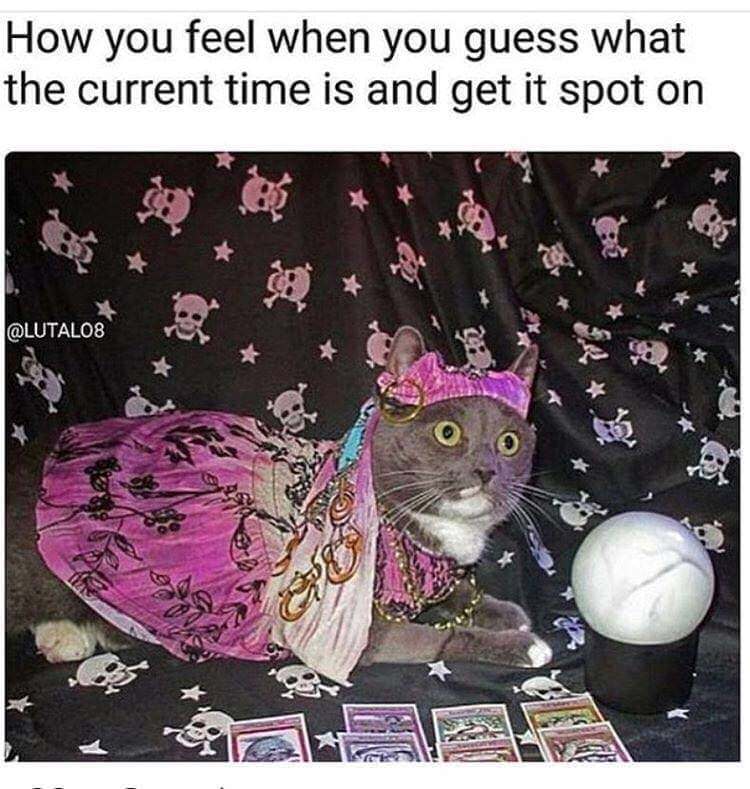 After throwing up some old tea leaves she predicted that Marvin from JLS will become Secretary of State for Work and Pensions within 15 years. I guess we'll just have to wait and see how that one goes.

Remember that Alex Jones bloke? I wonder what he's been up to…

Alex Jones is dealing well with his Twitter ban pic.twitter.com/jFmN7Zfqsb

Remember Jay Kay? I wonder what he's been up to…

Of course, Jay Kay is best known for wearing silly hats, writing the popular Harry Potter books and getting nutted by a photographer. Which puts him in third place in the legendary headbutt recipients league table, right behind Marco Materazzi and this guy:

Oh yeah, before I forget – Matt wanted me to show some love to his favourite East London curry house. He's probably on commission or something. To be fair though, this is a pretty amazing promotion:

What was your favourite Roald Dahl book as a child? I always liked the one where the kid tried to murder his infirm grandmother by pouring bleach down her throat. Or the one where a terrified burglar repeatedly shoots a pelican in its beak. Or the one where an elephant throws a crocodile into the Sun. Classics, the lot of them. You ever wonder why the British psyche is so nightmarish, there's your answer.

This guy is definitely replacing Muhammad Ali in my "fantasy dinner party guestlist".

Right that's your lot, I'm off to the pub, mine's a Heineken and a packet of pork scratchings. Here's Elton John to play us off with his execrable cod reggae (read: "catastrophically racist") smash hit 'Island Girl'!!! See y'all next week.