Commentary
In the wake of the recent tragic events at The Warehouse Project that saw one man die and five others hospitalised from suspected drug-overdoses, WHP have announced details of a new Home Office-backed drug testing initiative at the venue.
The initiative was agreed long before the sad death of 30-year-old Nick Bonnie, but when WHP held a press conference this week outlining the detail  of the new scheme, there was an understandably heightened interest in their wider stance on drugs and for further reaction to the events of last weekend.
WHP announced that they will be teaming-up with The Home Office and The Loop Foundation drugs charity to deliver a drug-testing/warning programme, the first of its kind in any nightclub in the country.  In short, any drugs that are seized or collected from amnesty bins at the entrance will be tested immediately, and if any are deemed to be particularly dangerous there will be warnings circulated on social media and at the event.  To help the process of warning people already at the event, the Trafford Park venue will be installing matrix boards, similar to what was in operation at Parklife Festival earlier this year.
Sacha Lord-Marchionne, one of the WHP founders, said: “Obviously all drugs are dangerous but we want to find out exactly what is in them.
“It’s the first time the Home Office has got so involved at club level, but we welcome it.  Both the Home Office and the Police have been very co-operative.”
The initiative, which will begin on October 12th, aims to not only increase the safety of clubbers on the night, but also increase the intelligence about what people are taking nationwide.  The build-up of historic data from these tests will be invaluable to medical teams up and down the country, and could also potentially inform future government policy.
“At the moment, its so wide and varied whats out there,” said Mr Lord-Marchionne.  “A 14-year-old can go on the internet and purchase something.  Its to establish exactly whats going on in the market.” 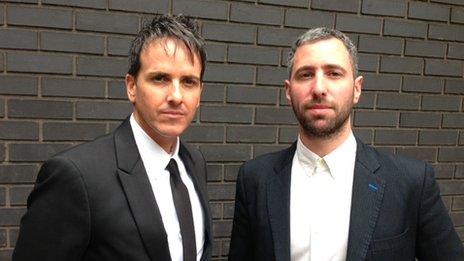 He was visibly shaken by the recent events, especially after having spoken to the parents of Nick Bonnie, but he spoke very well in the face of tough questioning from the national media.  There were some excruciating moments where questions were asked by potentially hostile journalists that had very little understanding about the process of clubland and even less about drugs; but no one in that room was left in any doubt about the professionalism and genuine humility that WHP have shown in response.
“We did genuinely think about calling it a day,” he said.  “But we decided that we have about 5,000 customers each night and if it isnt happening they aren’t exactly going to stay in, they are going to go elsewhere.
“99% of other places dont have private police on the door, drug sniffer dogs and dont search everyone or have paramedics on site.
“My argument is this is a safer environment for customers to be in than the majority of other places.”
And this is the point that really needs to be reinforced: on every single level, from bookings to PR, through to event management, The Warehouse Project are an example of how it should be done.  Although they have stated that they will install more air-conditioning in the light of recent events, their current venue is way beyond most in terms of health and safety and how it functions as a clubbing space.  Crowd control, temperature, cloak-rooms, guestlist, getting to the bar/toilets; it’s like clockwork, and the speed with which they have reacted to this situation in the media basically says it all about the quality of the operation.
But even in a press conference with a focus on drug-safety, you could see that any operator like WHP cannot say very much about drugs for fear of vilification, and thus, have their hands tied when it comes to actually doing something about it.  In this case specifically, drugs can only be tested that are confiscated or handed in to amnesty bins by people in fear – what about all the others that get through?  For a truly safe environment, anybody with drugs should have the right to test them (this is something that we witnessed was available at Sonar-By-Night this year. This is in Spain, a heavily Catholic country not know for their leniency on drugs, Ed); but for WHP to advocate that would be utterly suicidal for their business.  Home Secretary Theressa May’s comment to the Manchester Evening News this week speaks volumes: “If somebody has purchased something that the state has deemed illegal, its not then for the state to go and test it for you.  Our job is make sure people come off drugs.”
There is certainly logic to that argument, but most people that go to clubs regularly will agree that it is the wrong logic; and that it is quite possible that even Theressa May doesn’t fully believe that solving ‘the drugs problem’ is about criminalising the recreational users.  You can go back even as far as Richard Nixon to find politicians who privately agreed with a policy of tolerance over prohibition, but assumed that their voting public would never wear it. Although the Home Office deserves credit for sitting around a table with WHP and a drugs charity earlier this year with no PR-agenda and before there was any headline-grabbing tragedy to react to, there is so much more that could be done. Voluntary drug-testing may well have saved somebody’s life last week.  Unconfirmed reports say that an over-dose of PMA – an MDMA substitute – was to blame for the death and for the other people that were hospitalised.  This can easily be tested for.  And not only would finding the existence of PMA in a pill be useful in the battle for safety; a more open discussion about the effects of it may well help save lives also.  It would appear that PMA takes longer to take effect than MDMA if more people knew this and the source of the information was not here-say in an article like this, but came from a government-backed scientist, perhaps fewer people would overdose on it.
If any positives can be drawn from all of this, it is that there is at least a debate; a dialogue, and that there are operators like the WHP doing their damnedest to help common sense prevail.

The Home Office statement in full: “This is part of a research project being led by Fiona Measham, Professor of Criminology at Durham University. The aim of this research is to monitor emerging threats and target activity to reduce demand and supply. It is not intended to be a service for drug users and the results will not be published immediately following the pilot. CASTs role is limited to the analysis of samples seized by police or placed in surrender bins.”