Beyond The Booth: From decks to the day job
Minute Read Why is it hard to find an interview with a DJ, producer or promoter who talks about their day job? I’m not referring to superstar DJs or ‘business techno’ artists, I mean those who are releasing music, recording mixes, running record labels but maintaining other jobs for various reasons.

The pandemic has meant many artists have had to return to jobs they were once doing full-time or move away from music, at least temporarily. What are they doing now? Five DJs, producers and promoters share how they are currently earning a living right now; no holds barred.

Elliott and Melody are the founders and promoters of London-based party and record label Big Dyke Energy (BDE). Having launched the platform in May 2019 after noticing a lack of queer parties in south-east London, they swiftly sold out the first BDE event. Looking back, both Melody aka Bouji Boi and Elliott agree that strong branding—designed by illustrator Sofie Birkin—was the springboard to BDE’s evolution. It’s no surprise to hear that knowledge in visual identity runs deep.

‘I head up part of marketing for Lidl!’ Melody explains over Zoom. Both start laughing and I wonder what’s cracked them up.

‘Because Mel is such a wee raver but this big boss at Lidl! Even her name on this call is “Melody—Lidl” Elliott laughs. ‘She’s always on brand!’ 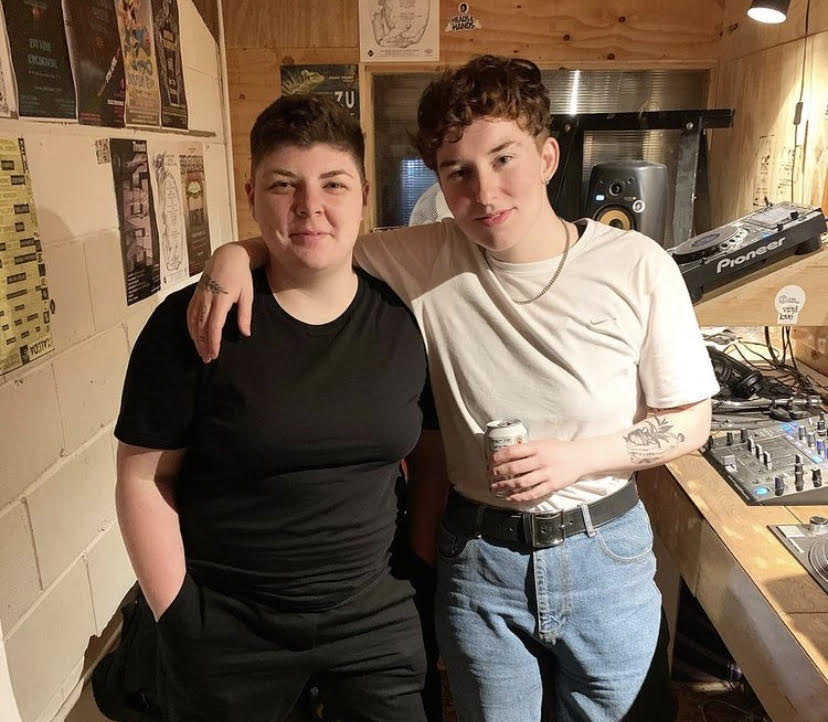 I wonder has working for the supermarket chain impacted the trajectory of BDE? ‘It honestly gave me so many skills to put on a party’ Melody replies. ‘I put on a few parties when I was 21, and they totally flopped. Without that background in marketing, like everything from setting up Facebook ads to how much to pay designers…having that skill set allowed us to have really good branding but it’s not overly branded either. It’s not a party that looks clean with no personality.’

What do they think is the root of day job stigma in electronic music? Elliott, who runs a vinyl cutting company ‘Cutsy’ thinks Instagram has a part to play. ‘You see this image and it can put people off and make them think ‘‘that’s so unachievable.’’ I definitely felt like that when I first moved to London, and it’s something that needs to be talked about more. No one can live here without having hustles!’

Irish DJ, producer, teacher and head of the Give Us the Night (GUTN) campaign Sunil Sharpe has worked in music in different capacities for nearly 20 years. Pre-pandemic, he was on the road DJing most weekends but remained teaching the DJ Techniques and Music Production course at Dublin’s Bray Institute of Further Education (BIFE), where he’s worked on a part-time basis since 2005.

Why did he continue teaching, even after his bookings abroad skyrocketed? ‘I realised teaching can become your vocation’, Sunil answers over Zoom. ‘Teaching in a college is a privilege and I don’t undervalue that. I’m quite proud of what BIFE has achieved; it’s become a community. The same could be said for the record shops I used to work in; it becomes your family, your community.’

Community is vital in cultivating talent. ‘We’ve seen a lot of venues disappear in recent years. The classroom, studios and DJ rooms at BIFE create a guaranteed community space that always remains though, and it’s like a cultural space in itself.’ 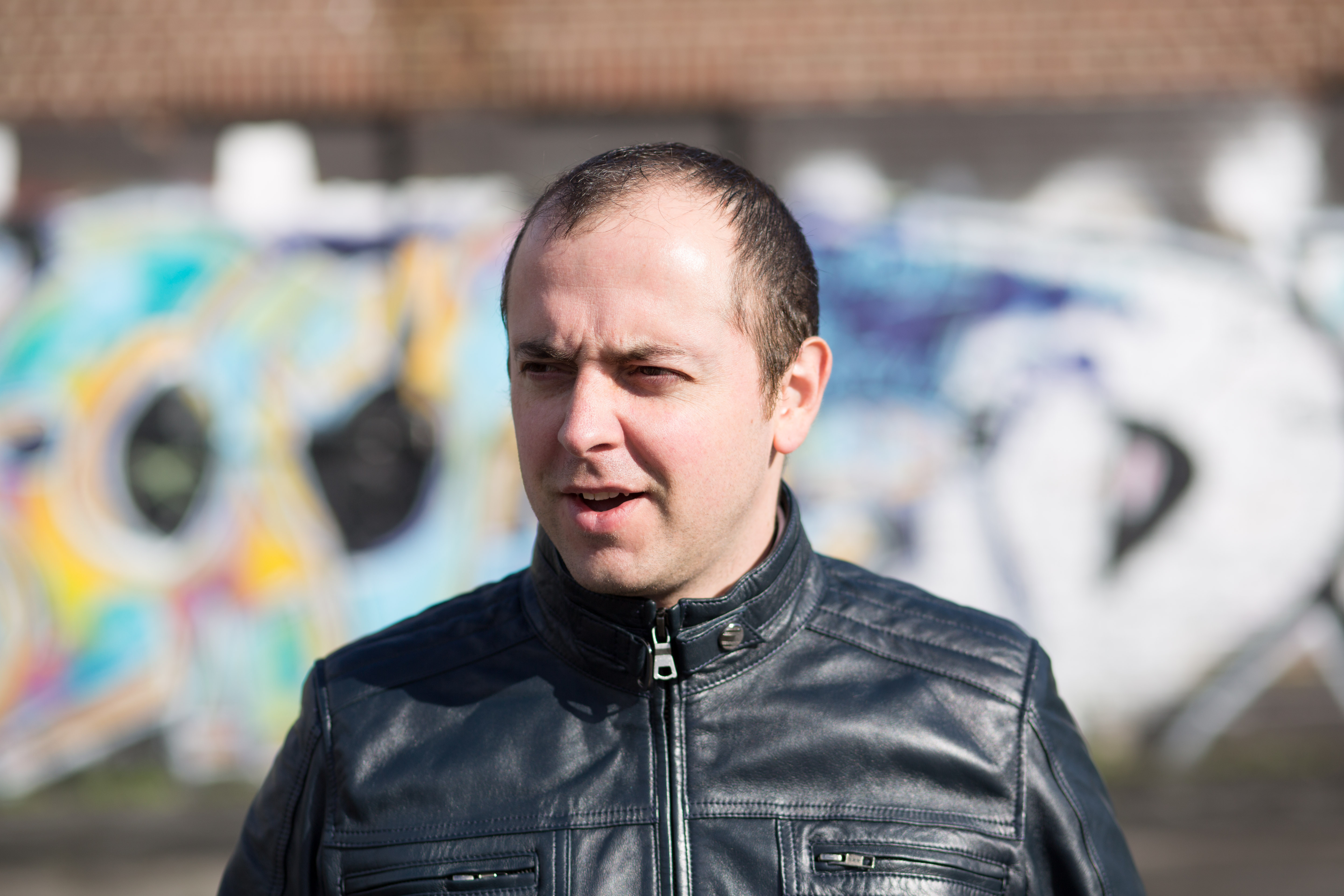 So why don’t artists talk about their day jobs? ‘There is an element of what you do during the week, unless you’re asked, that people might not want to share, especially in the social media age, people tend to only share the cool looking stuff.’

Sunil came up working multiple jobs. ‘I started out DJing but was working in a record shop and radio station at the same time, while also writing a lot about music too. Oh and in the evenings, I was delivering Chinese takeaways.’

Spinning plates, and not always the dub kind, Sunil’s schedule was hectic. ‘A typical Friday would’ve been me in the shop all day then rushing home to get in the car to do deliveries, and then playing a gig that night. Those weekends could get fairly intense! Keeping music in your life requires some juggling, which I think suits many music people too. You can get bored or restless doing just one or two things.’

Georgia Murphy is another Irish DJ and producer based in Dublin. A previous student of Sunil’s, she produces and DJs under the moniker of Ôneyra and works in a starkly contrasting sector. ‘I’m working with an agency as a General Nurse’, Georgia writes over email, ‘which means I move around wherever hospitals need cover.’

How does she feel about her role outside of music? ‘It’s a title that I have not always felt connected to and often had a hard time owning which I think is down to Ireland’s ailing healthcare system. Despite my frustration with long hours, poor working conditions, burnout and general lack of morale between staff, I find myself fortunate to have this to fall back on. It also takes the pressure off relying on music to get me by financially, especially as there are no gigs now.’

She hasn’t always been open about it. ‘A lot of people don’t know but I like to keep that part of my life private—this being down to work-related confidentiality reasons.’ 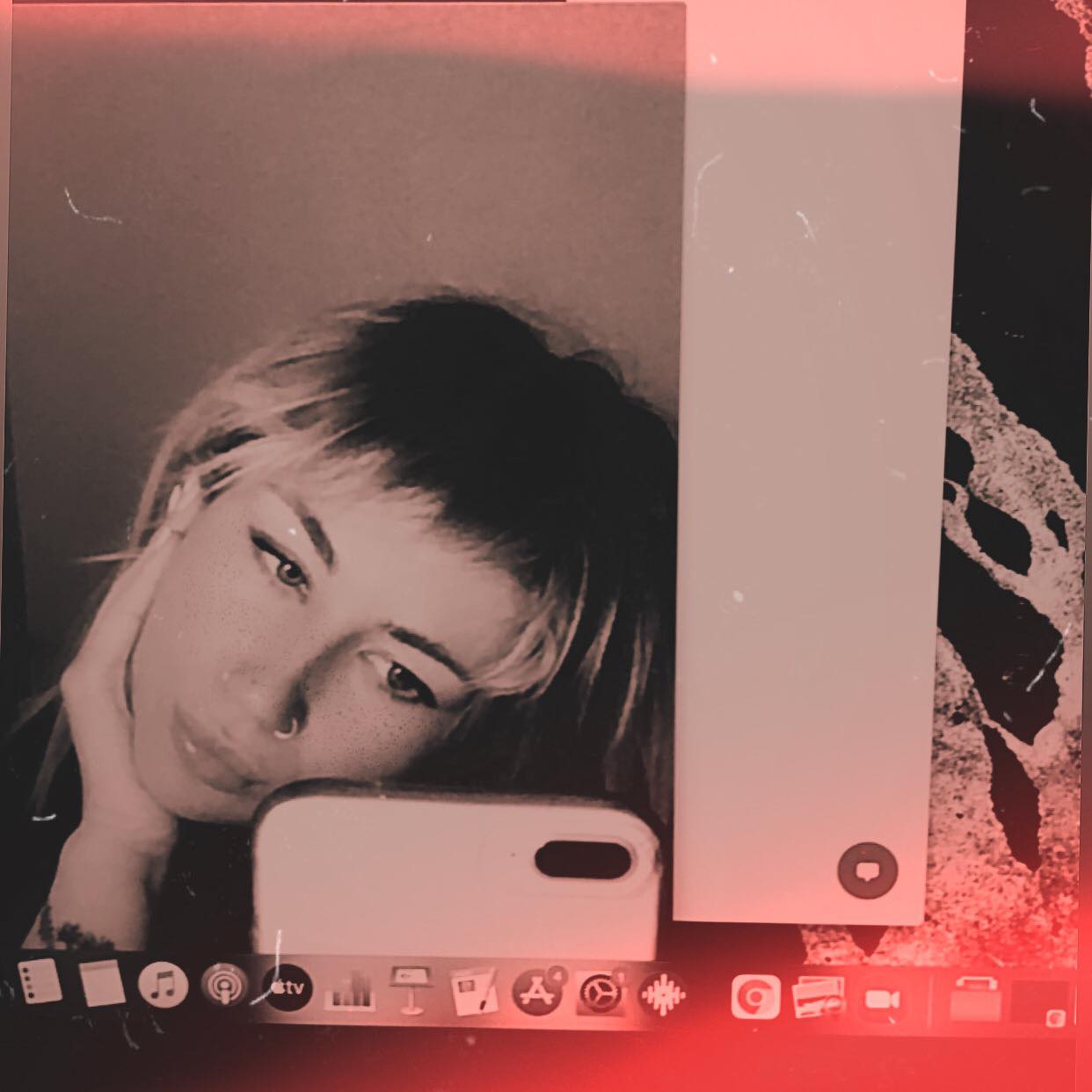 Georgia understands why artists are keen to keep their day jobs private. ‘In the electronic music scene, we all love escapism. We want to disconnect from our day-to-day lives and try to forget about the monotony of our 9 to 5. We all want to make a living from doing what we love, but to do that, we may have to do jobs that we don’t like, just to keep the lights on.’

Instagram comes back into the equation, a running theme that has cropped up in my conversations with everyone. ‘It comes down to image, you know, you want to give off this impression that you’re successful and thriving from your music and not that you are a normal human working in Tesco during the week.’

Back in London, the producer, DJ and founder of ‘Future Retro’ Tim Reaper continues to work full-time while strategically managing his creative output.

‘I’m currently a web developer for a radio company in the UK,’ Tim tells me. ‘I find it quite fulfilling because the company culture is quite relaxed; there’s a very clear balance of work and life. There are not many situations of overworking or being taken advantage of there.’

How does Tim balance the Future Retro, producing music and churning out mixes regularly alongside his job? ‘Well, being in a lockdown has helped out with all of that. It’s allowed me extra time to be at home on the computer or setup, where I’m able to do what I need to, leading me to spend most of my evenings after work with only music-related tasks to deal with.’

Has he faced burnout? ‘In the past, where I felt I had taken on too many releases at one time—it happened to coincide with a period of writer’s block—I was unable to finish any music. The worry about having to let the people down that I’d promised to deliver was too overwhelming, and I had to go a bit quiet to get myself back to not feeling weighed down.’

The break paid off. ‘I was able to improve my workflow, and that got me back into gear of finishing music, as well as being able to finish music in less time.’ 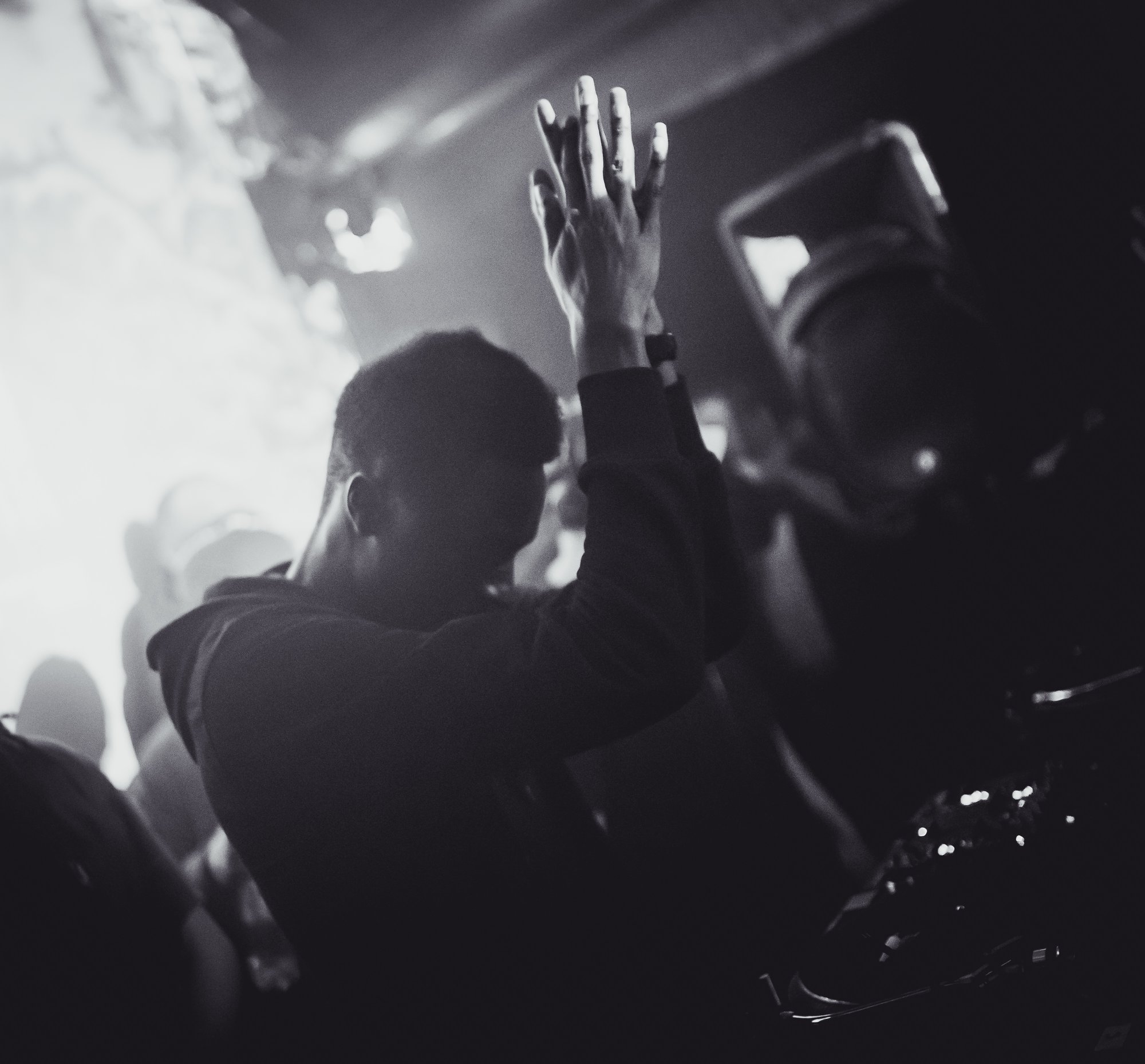 Although they are all at different stages of their paths, I’m curious to hear if anyone wants to pursue music full-time, even Sunil who is in the game the longest.

BDE’s Melody has her sights on growing the platform but not making it her career. ‘BDE is my sidebitch. I don’t know if I’d want to work in music full-time unless it was my own projects. I like doing my own thing. But I worry that if I work on it too much, would my love of it go?’ Elliott agrees. ‘For me, the magic of BDE is rushing on a Friday after work to South London, and then you’re up ’til 7am. You’re there, looking around thinking “this is amazing.” It’s got that once-in-a-while magic to it.’

Melody confirms Big Dyke Energy is here to stay. ‘We will be back. We’re collectively feeling the grind but we’ll be back. The first party is going to go off, we can hug, kiss, be naked and it’s going to be a 24 hour one.’ Elliott assents. ‘It’s gonna be insane and I for one, can’t wait!’

Tim Reaper solidly rejects the idea of working full-time in music. ‘It would potentially cause me to compromise my sound or the things I currently choose not to do, as I would have to make sure that bills are being paid. The money is too inconsistent,’ Tim continues. ‘There’s some months with a lot of bookings and royalty payments from releases and there are months when the income is almost nothing. I’d rather not have to deal with the mental mathematics of making sure the money generated from music has to last through periods of inactivity and prefer the current stable income that my job allows me.’

As a jungle producer, Tim thinks it’s not necessarily a profitable genre. ‘The people I know in this scene have day jobs because it operates at a relatively small-scale. Living off music would require a lot of changes and sacrifices, including my attitude towards whether or not making a living off music is as important as the music-making itself.’

In Ireland, Georgia aka Ôneyra aspires to follow music full-time at her own pace. ‘I’m prepared to put the time and work in to get to where I want to be eventually but right now I’m just enjoying the ride.’

Sunil isn’t making music or DJing as much for now. ‘Now my priority is with the GUTN campaign. We want the industry to be in a position that when we re-launch, it will be the industry we have always wanted it to be—when restrictions are lifted. My focus is on that and getting the students through to the end of the college year in these challenging times.’

The collective thoughts about creating music and communities while remaining financially afloat are mutual. It’s reassuring to hear razor-sharp points of view that might help others feel less in doubt in terms of where they’re going in life. Something normal to shout about, even celebrate, during these highly abnormal days.