Anarchy And ‘Acab’: Why The Turn Of Phrase?
Minute Read

Anarchy And ‘Acab’: Why The Turn Of Phrase? Anarchism is a libertarian political philosophy that challenges the authority of both the state and its public order enforcing employees – the police. Over the years, an almost instinctive distrust of police forces has been distilled into the anarchist slogan ACAB. It's fair to say it's divisive, but do anarchists literally mean all coppers are bastards when they say/spray ACAB?

The history of policing is a history of smashing solidarity. Sir Robert Peel (2nd Baronet) formed the modern British police force – which became the model for police forces worldwide – to stave off further insurrection after the Peterloo massacre (because it was no longer deemed acceptable to send the army in against unarmed workers) and their primary purpose was to maintain control over poor people pressing for their rights (Ruth Kinna provides a valuable analysis of the historical development of the British police force in her short essay An Anarchist Guide to ACAB).

It is sometimes suggested we embrace our working class comrades in the police force – the rank and file footsoldiers – but they owe their very existence to bosses, and have consistently sided with the bosses. From a class perspective, they are all bastards.

Ok, ok… they might not literally all be bastards, but we do need to rethink the generalised idealisation of police as incorruptible heroes. Even if it's true that we need a police force (and I don't believe it is), why can't we think of the police as a necessary evil? If policing is inevitable, does it necessarily follow that it's desirable?

We're taught as children that you can always trust a police officer. Our young play with toy police weaponery, dress-up in cop uniforms, and role-play arresting their peers. We're trained in the ways of authoritarianism, public order and obedience from our earliest years.

But any time you're asked to blindly believe in something, it's usually because that trust isn't really deserved. Authoritarianism requires intellectual obedience: ACAB demands we scrutinise the status quo. 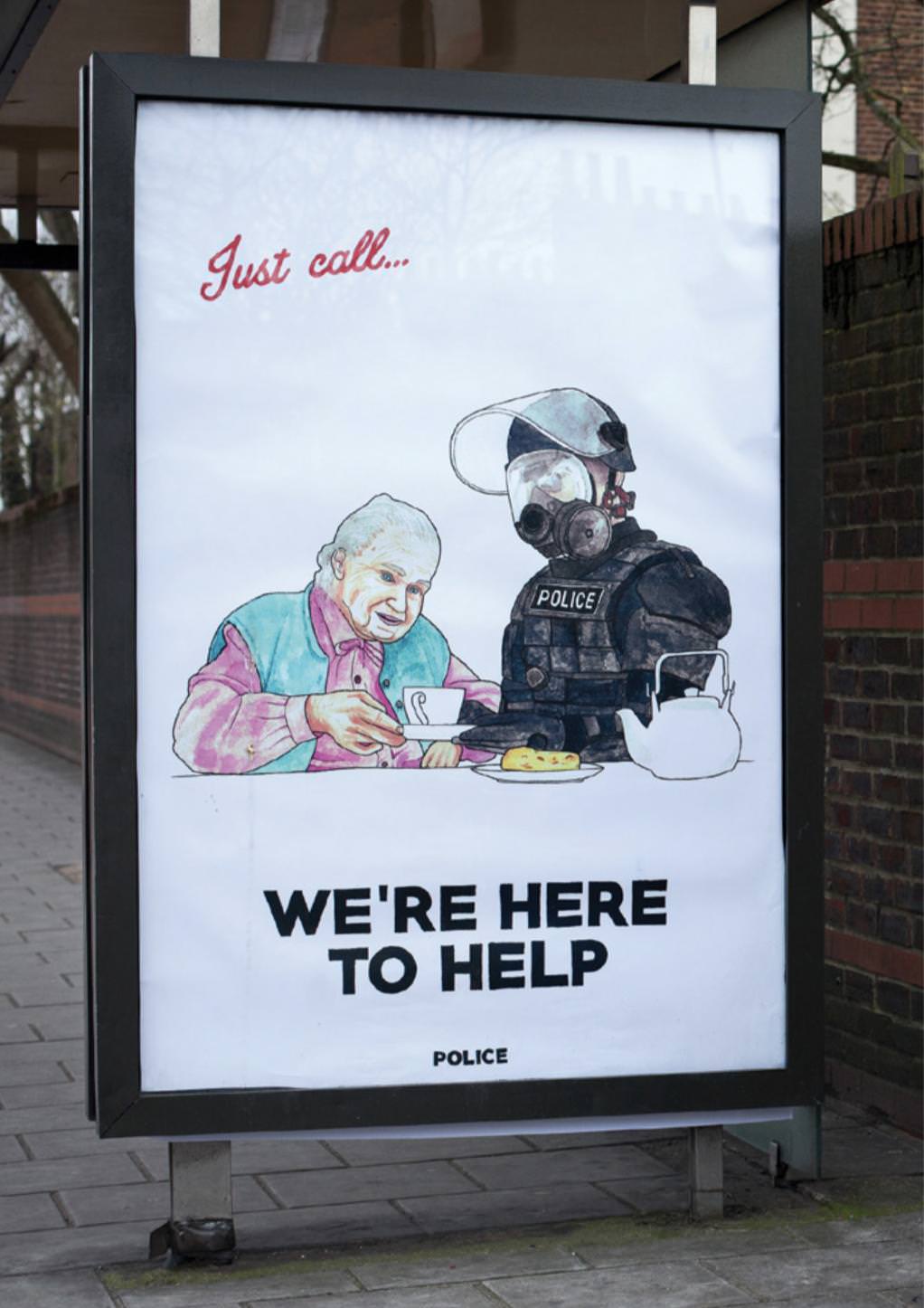 Its humour stems from the absurdity of the absolute nature of the statement, which cannot literally be true (everyone's met a nice one, at least once). ACAB is a great way of rooting out the humourless and those with secret authoritarian leanings. If seeing it scawled on a wall doesn't make you smirk, you might well have cop-tendancies.

The humourless defence “not all cops are bastards” bares more than a passing semantic similarity to “not all men” and “all lives matter”. One US police department recently made a dour-faced complaint to the press about so-called 'blue racism' – and there's nothing funny about that.

ACAB is an international language

ACAB was sprayed next to Arabic slogans on the walls surrounding Tahir Square in Cairo, Egypt during the Arab Spring. The French for ACAB is ACAB. It's understood absolutely everywhere, a global nod of solidarity. And that's because everywhere there are coppers, there are coppers being bastards. The international reach of ACAB tends to suggest there might not be any good police forces worldwide – that perhaps policing itself is the problem. 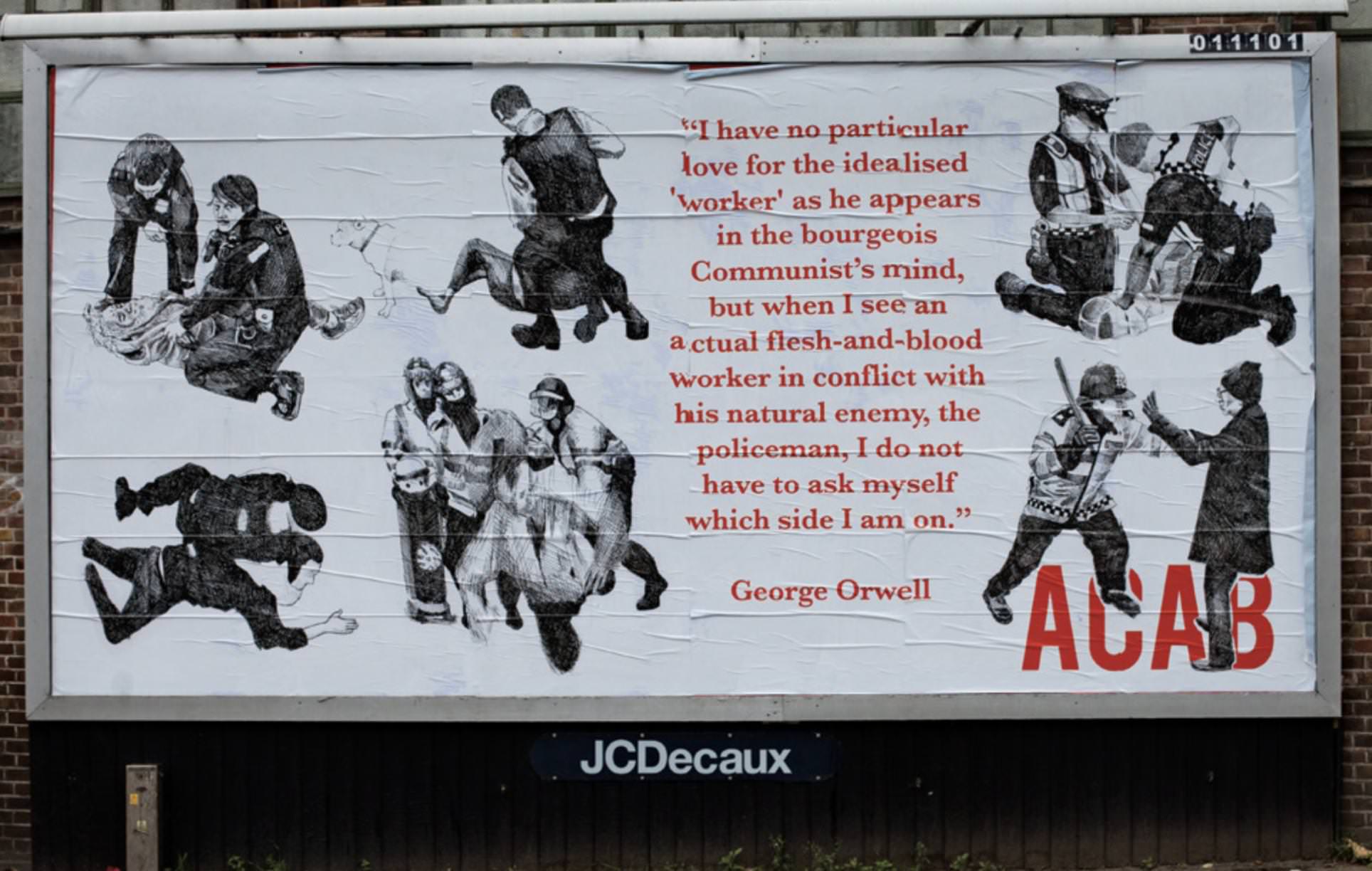 The post-police world is the post-capitalist world

Policing is a relatively modern invention – still less than 200 hundred years old – that goes hand in hand with the dawn of capitalism. The system of policing as necessitated by 19th and 20th century capitalism, and the increasingly militarised version necessitated by early 21st century capitalism, means that every last copper will almost certainly be asked to act like a bastard at some point in their career.

So if you're serious about post-capitalism, you also have to take seriously the idea of the post-police world. ACAB thinks big. It's not a transitional demand, it aims at Utopia. It reminds us that the police are not always desirable – and might not be inevitable, either.

The ACAB photography exhibition will take place at Flaxon Ptooch on Thursday 1st of February.