The Unsettling Art Of Mueran Humanos

A creative mélange of bass lines, synth, drum machines and vocal, Mueran Humanos are due to release their second album ‘Miseress’ with ATP Recordings on 27th November.

The Argentinian duo consists of Carmen Burguess​ and Tomás Nochteff​. Mueran Humanos, meaning 'Die, Humans!', not only produce great music but also incredibly fascinating, though sometimes pretty gory, artwork to accompany their releases. We had a chat with them to find out more. 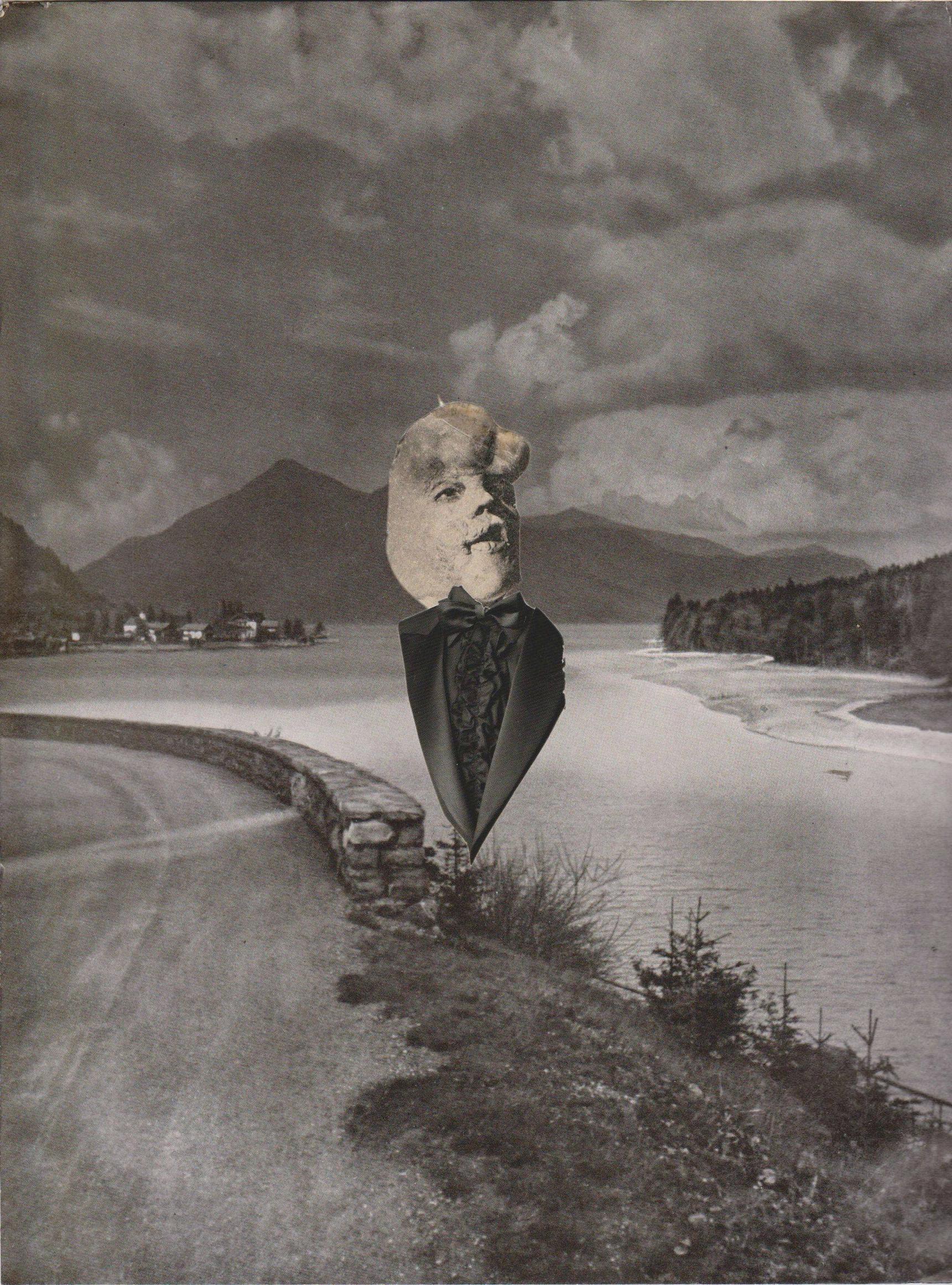 How and when was Mueran Humanos first created?

Tomás: In 2006, we started our life together and got the idea of put everything we do under that name, that I previously used only for a fanzine I did. Gradually music took preeminence.

Tomás: You can't write a book and read it at the same time, you can't draw and watch the drawing at the same time. But with music, you can consume it and produce it in the same precise instant. You can play a song or motive again and again, always different, always the same. We also like the performance aspect, you do it live and people are forced to react. It happens and at the same time is invisible and totally abstract. 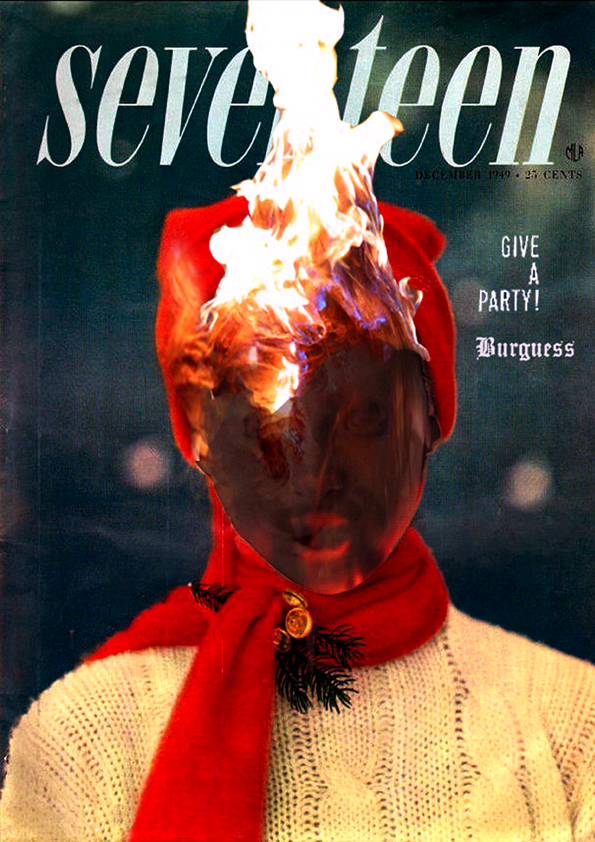 Where did the 'seventeen artwork' idea come from?

Carmen: I was just experimenting with this 'woman looking at you from the cover' graphic resource. I just wanted to use it's obvious strong graphic impact, and put it at the service of my own, to see what would happen. After seeing the first results I felt enthusiastic enough to finish the series which is made of seventeen of them. Do you have a favourite piece?

Carmen: No. I use several techniques so I appreciate different aspects depending on if it's a rough hand made drawing or a digital collage piece made up of thousands of layers.

Do you choose the name for the release or the artwork first?

Carmen: It depends. In the case of Miseress I invented first the character and then her name and only then I made the collage, as a portrait of the character. In previous cases we have chosen the images before and then put the name. Do you think that the way a physical copy of music looks is important?

Tomás: It is for us because we think of records not as collections of songs but as complete works in which the running order, the name, the artwork it's all part of the work.

Is there a particular time of day where you find that you're most creative?

Tomás: For me is the night, I can't function well in the daytime.

Carmen: I don't think so. 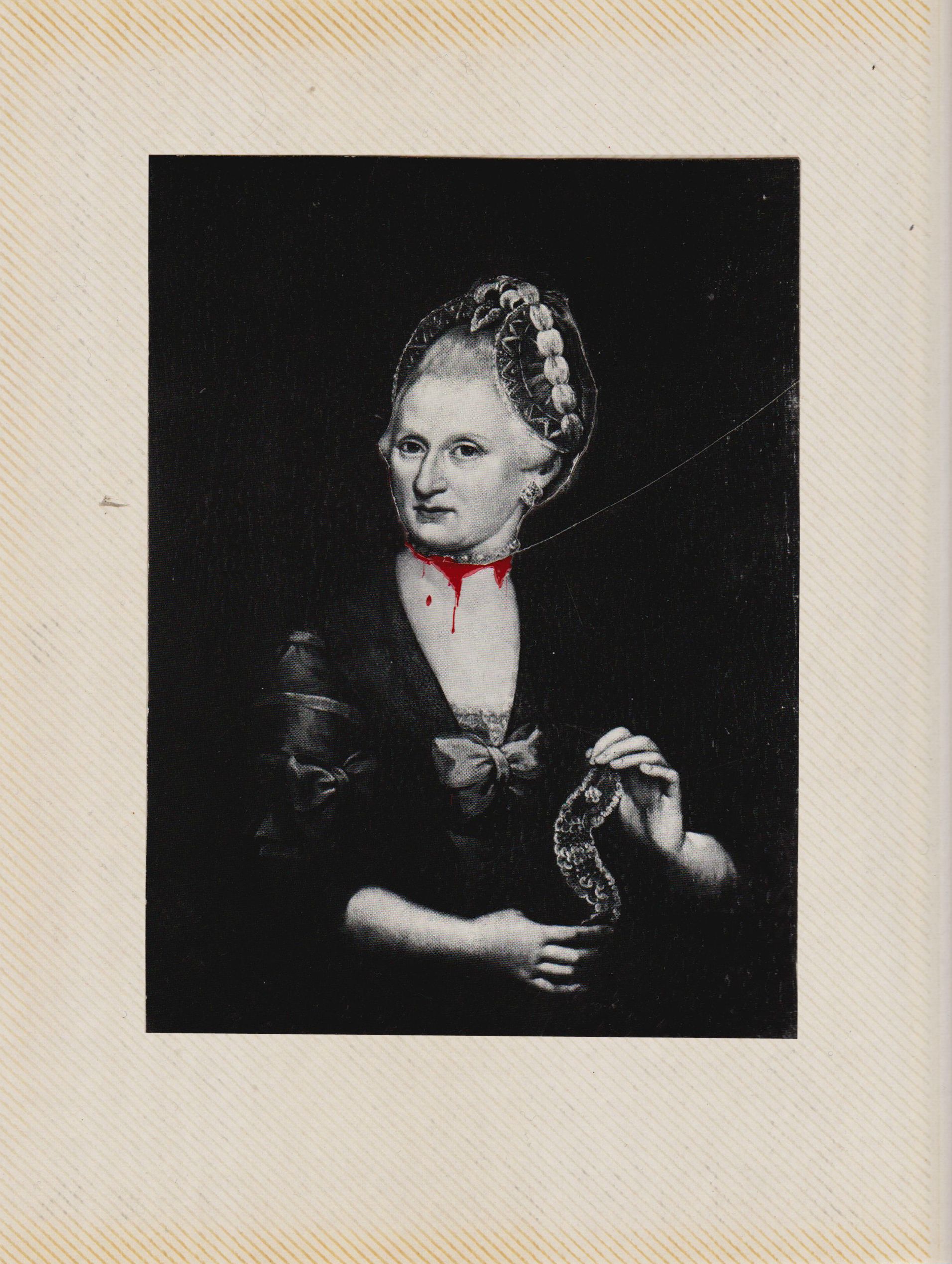 In terms of music, did you have a childhood favourite?

Carmen: “El Diablo Blanco” ("The White Devil") from tango/milonga songwriter Alfredo Zitarrosa. In general, from all music my mom used to play at home he was my favourite. His extremely deep-low-tone singing was something very special to me, very different to the rest of the other songs I knew. Like something real with an extra dimension. A 'place' that I could be in, as well as hearing the music. It was scary for me too, I liked the fact of being scared by a song.

Tomás: From my parents records, Tomorrow Never Knows by The Beatles, I listened to it all the time and it has an immense effect on me. I even had one hallucination whilst listening to it, always the same, I saw the African Sabana and all the animals running and thousands of birds. Looking back now I can see that everything I attempted to do afterwards was there, the repetition, the tape experimentation, the hypnotic rhythm, the dissonance. It's like a musique concrete piece that sounds like pop that sounds like sacred music. It´s funny because I don´t care about The Beatles really but that was crucial.

What's your favourite thing to have on toast?

Carmen: If I don´t think, Butter. If I think, avocado. I prefer healthy food in general.

Do you have a favourite place in the world that isn't your home?

Carmen: Not really. It´s more about who I am with.

Tomás: I like Patagonia, the open spaces, big mountains, lakes, the solitude, etc, when I was a kid I promise to move there, but big cities didn't allowed me to leave. I also like Central European cities, Prague, Budapest, Dubrovnik, Vienna. I like Mexico. There's many extraordinary places 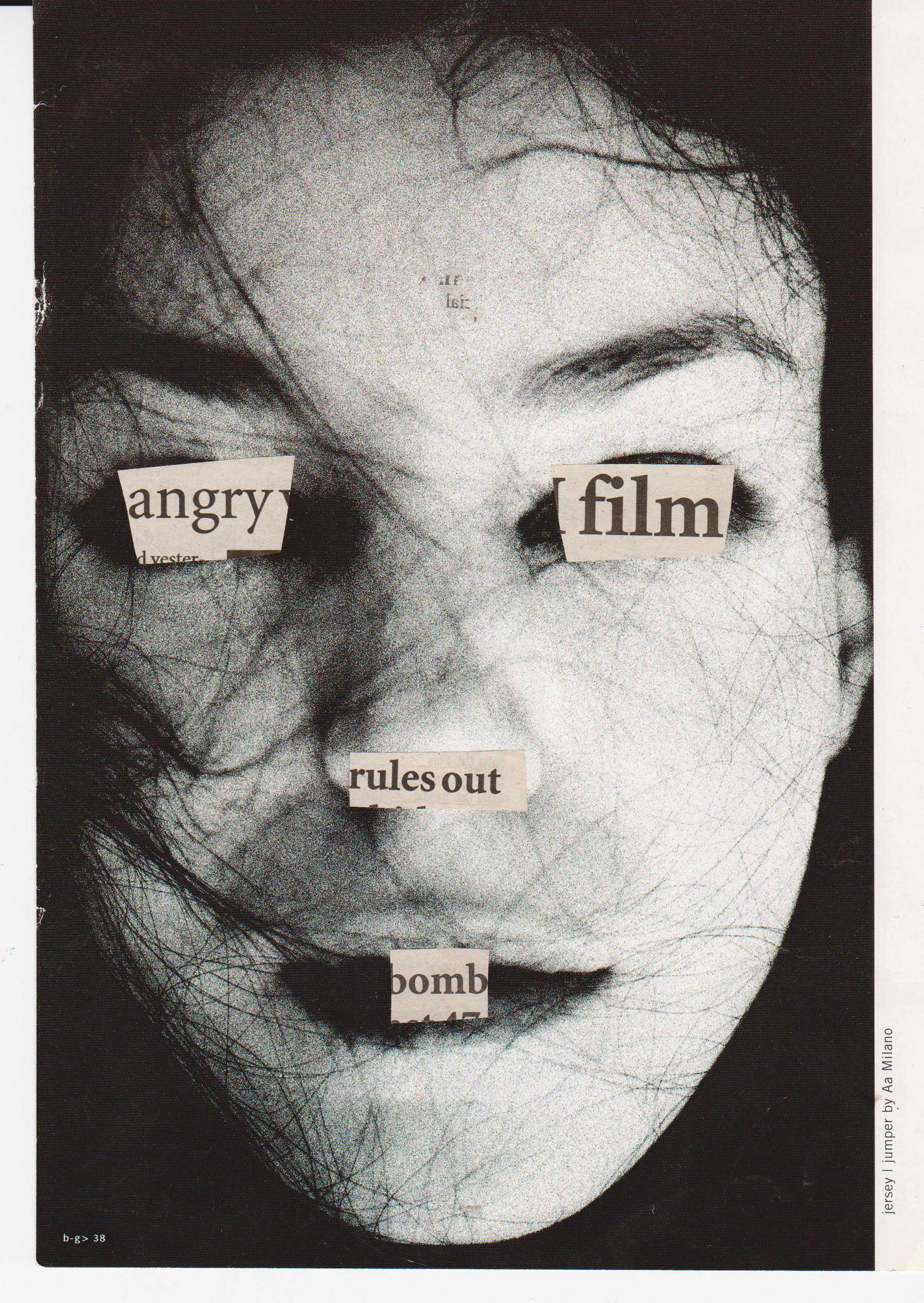 What kind of things inspire your sounds?

Tomás: I think everyday sounds inspire our musical sounds. The idea of synths and electronic music being cold and robotic is very old fashioned, it's basically the '50s idea of the future. It doesn't belong to our age and it has been already perfected by Kraftwerk, which I love but I don't feel the need to follow. What drew me to electronic music was the contrary. For me synths are the instruments that are closer to nature. I give you an example, if you are crossing a park with a bike and the wind is blowing through the trees what you listen at to it's basically the same as an LFO. We live in a fourth floor and in summer I play the Moog and the birds reacted to it in a way they never react to other instruments, it's amazing. 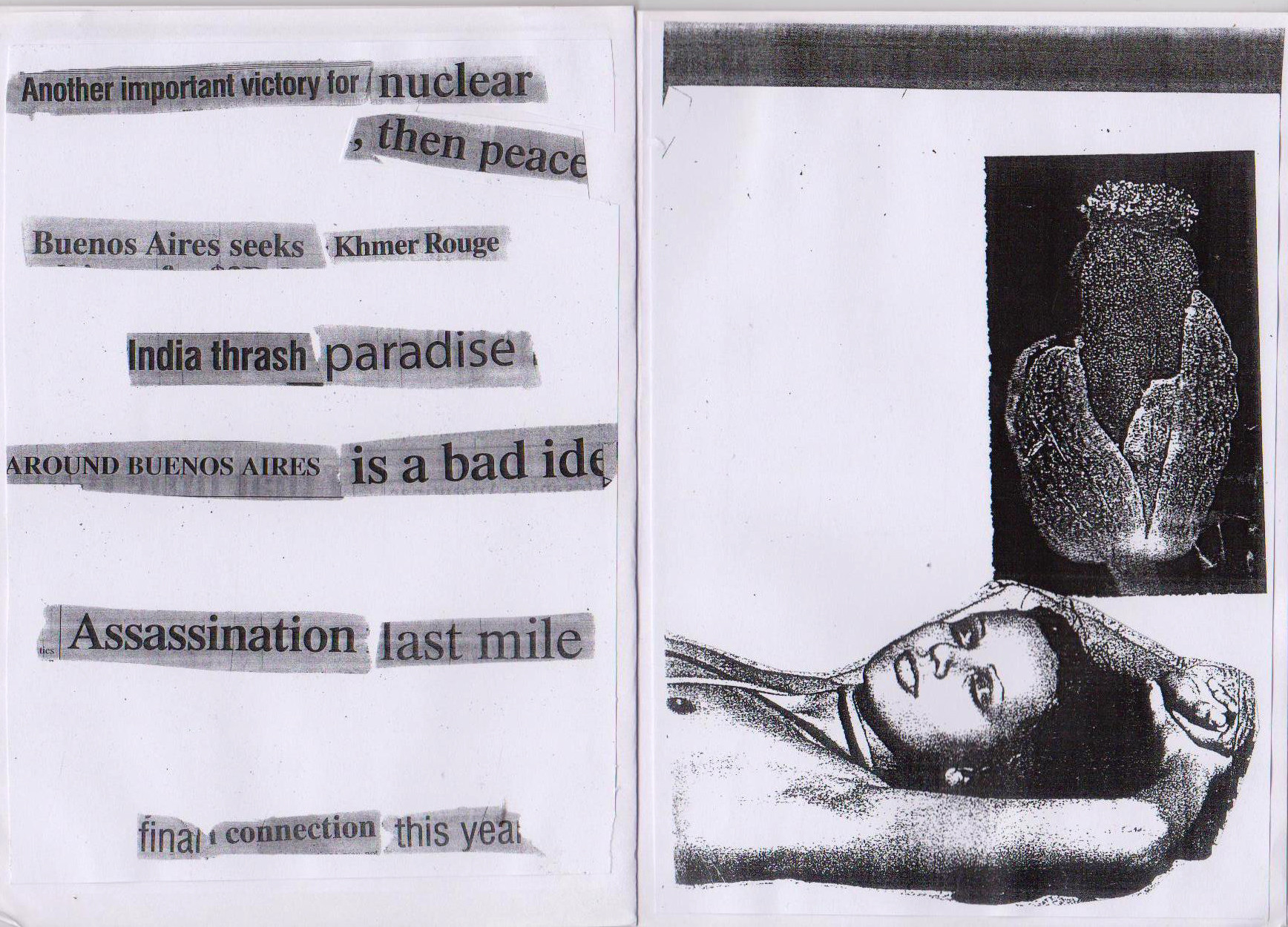 Describe your music in three words.

What's your favourite kind of weather?

Carmen: Storm. From an indoor place though.

What's the last song that you consciously listened to? (waiting for email to say who chose what)

Where do you see yourself three years from now?

Carmen: I see myself with Tomás and playing in Mueran Humanos. Everything else, it's just not important. 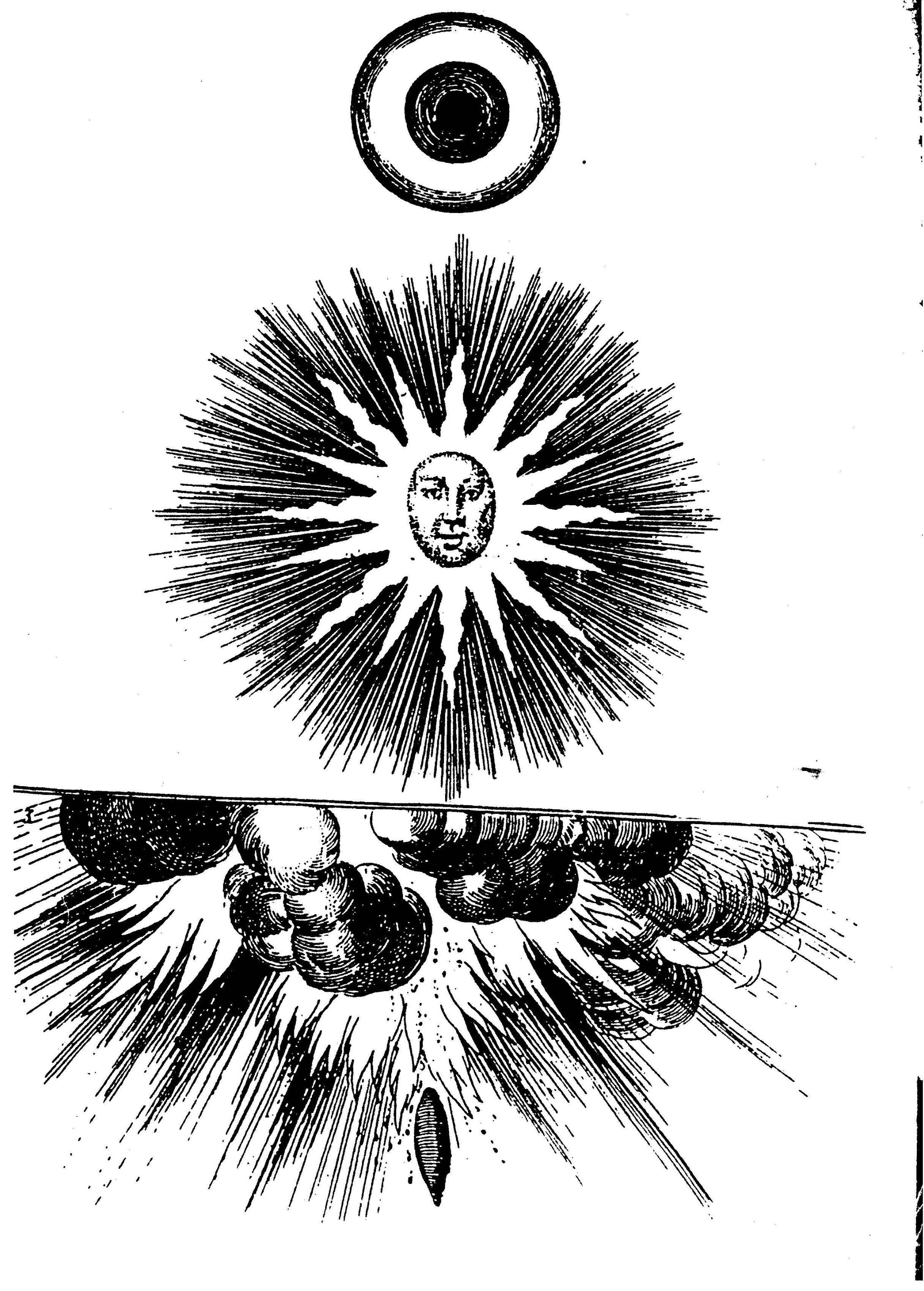 Has anybody ever given you a great piece of advice that you've stuck by?

Carmen: Not precisely advice. I have always been very receptive about words coming from others I guess in a bit strange or unusual way. It´s like sometimes I can ignore the 90 percent of what someone is telling me but I might take just a quote that I suddenly find it appropriate for a totally different context. I do remember lot of small quotes that I heard long time a go and I guess I had give them the quality of “advice” myself.

Tomás: I tend to be more influenced by things I read, artist quotes. I look upon Jean Cocteau, Borges, Phillip Dick, Burroughs, Baudelaire, those kind of artists that were also great thinkers. The only quote I can remember now is Dali's "Don't bother about being modern. Unfortunately it is the one thing that, whatever you do, you cannot avoid."

If you had to have one track playing constantly for three days straight, what would it be?

Tomás: Any good drone can make it forever, Tony Conrad and Faust ¨From the Side of Man and Womankind¨, for example, which is also rock and roll.

You can listen to the title track on Soundcloud and pre-order 'Miseress' on LP and CD here.