Stones Throw Records, an emblem of originality, boldness, fierce independence and, after 18 years, longevity, has achieved that most prized artistic goal – success without selling-out ideals. Madvillain, MF Doom, Homeboy Sandman, Madlib and J Dilla read like a compendium of musical invention without compromise. Inspired by one tragic death and framed by another, it is a label like no other – the Stones Throw logo is instantly recognisable, burnt onto the collective music consciousness.

So when an opportunity arose to speak to Jeff Broadway, director of a new documentary on the label Our Vinyl Weighs a Ton: This Is Stones Throw Records, we jumped at the chance.For 18 months, Broadway had been given unique access – a rare insight into the inner sanctum. “Stones Throw is a home for artists that are not necessarily cut from the mainstream cloth but are incredibly talented musicians,” he says. On the way to becoming solid friends with owner Chris Manak (Peanut Butter Wolf), he found it to be as much a community as a label – a musical collective in the purest sense – a “huge artistic circle that exists here in LA and also all around the world”.

When Manak founded the label in 1996, three years after the murder of his close friend and musical partner, Charles Hicks (Charizma), his aim was to release their music to the world. The tragic death of Charizma served as a driving force and became an emotional undercurrent that, Broadway says, remains tangible even today. Manak could not have known then that the first Stones Throw release – Charizma and Peanut Butter Wolf’s single, ‘My World Premiere’, would herald a new force in hip-hop.

In 1998, Manak made the key signing of the group Lootpack, which included beat producer Otis Jackson Jr, AKA Madlib. The artist became a pillar of the label’s output and, with albums such as ‘The Unseen’ released in 2000 under his alter-ego Quasimoto (which Spin magazine rated in their top 20 albums of the year), he epitomised the spirit of invention and the recalibration of hip-hop itself.

What was Broadway’s personal impression of the enigmatic Madlib, the man revered as a musical pioneer, inspiring the likes of Common and Kanye West? “He's a very friendly guy, quite reserved, until he starts drinking…then you see a bit of a different side to him for sure!” 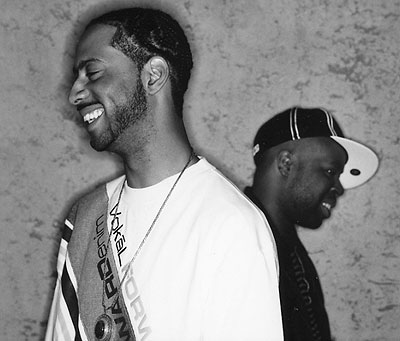 A touching moment in the film shows the awkwardness of Madlib and J Dilla (AKA Jay Dee) at their first meeting – not due to any clash of egos, but simply because they were such fans of each other’s work. The resulting Jaylib album, ‘Champion Sound’, although not fully appreciated at the time, would later become further proof of Stones Throw’s quality with J Dilla receiving critical acclaim from many quarters.

The 2004 debut Madvillain album, “Madvillainy” (a collaboration between Madlib and MF Doom) sealed the label’s place in hip-hop folklore and, with classic tracks like ‘All Caps’, is now seen as one of the great hip-hop works (Q magazine’s refreshingly belligerent review called it “one utterly badass album”).

However, things weren’t always rosy. J Dilla had been suffering from a rare blood disease and wrote some of his 2006 album ‘Donuts’ from a hospital bed. Three days after it’s release J Dilla died from a cardiac arrest.

What followed has been described by some as a “wilderness” period and for once it seemed Manak’s magic touch had failed him. Signings such as Gary Wilson appeared wildly different to the music that had made the label great. But the beauty of such artists (and perhaps this is Manak’s genius) is that, love them or loathe them, they provide a new context, stretching the playing field and thereby making room for others to work.

And in 2006 Aloe Blacc strode into that space.

Hardcore fans of the label complained about the signing, but Manak told the LA Times in 2011 that without Aloe Blacc “we might have had to close the doors on Stones Throw.”  With hits like ‘I Need a Dollar’, the California native was to become their biggest-selling artist and Stones Throw was back on track.

Blacc has since found greater fame and fortune signing with Interscope, but Stones Throw goes on, and with a new generation holding the flame. James Pants, Jonti, The Stepkids, to name just a few, are continuing the legacy of brash originality mixed with no little charm.

So, looking back over the 18 years, what can be gleaned from the story of Stones Throw? Broadway concluded: “I think it's really a business of risk-taking and sticking to your guns and believing in yourself”. Perhaps ultimately its success can be attributed to one simple concept – taste. Just as Manak had earlier identified the value of Madlib’s high-pitched alter-ego Quasimoto, he once again demonstrated his sixth sense when he shrewdly suggested Mayer Hawthorne push his soul productions instead of hip-hop.

A mention in the film of Manak’s early punk influence is particularly revealing because that anti-establishment sensibility, shared by hip-hop, seems to be the key to Manak’s persona and therefore Stones Throw itself.

Diverting from hip-hop risked diluting the essence of the label and alienating hardcore fans but, in doing so, he proved there existed a Stones Throw ethos that, although born of hip-hop, was strong enough to exist outside it.

Circa 1990-1993 a 4LP Charizma and Peanut Butter Wolf anthology to commemorate the 20th anniversary of the passing of Charizma, is released on May 26th