Dreamers Awake: The Women Of Surrealism Are Fighting Back
Minute Read

Dreamers Awake: The Women Of Surrealism Are Fighting Back ‘Dreamers Awake’ is a sublime exploration of ‘woman’, showcasing at the White Cube, London. Drawing together the works of more than fifty artists including Tracey Emin, Louise Bourgeois, Lee Miller and Sarah Lucas, the exhibition critiques and transcends the canon of Surrealist art.

‘The problem of woman is the most marvellous and disturbing problem in the world’ stated Surrealist painter André Breton. Her body is the ultimate subject of masculine desire and fantasy; a space of both conflicting anxiety and pleasure. Feminist studies of psychoanalysis have observed the violence that has been enacted upon the female form in art, photography and cinema; she is decapitated, distorted, trussed up. Focused shots of her titillating breasts, thighs and torso dismember her. Surrealist artists were drawn repeatedly to the figure of Venus de Milo – her armless, headless body appears in the works of Rene Magritte, Salvador Dali and Max Ernst as a symbol of sexual energy and power. Often woman morphs into object such as a chair or table – furniture is favourable. Dali used seven nude female bodies In Voluptus Mors in 1951 – these disjointed, writhing women in their sinister skull shape capture the misgiving lust of the artist. 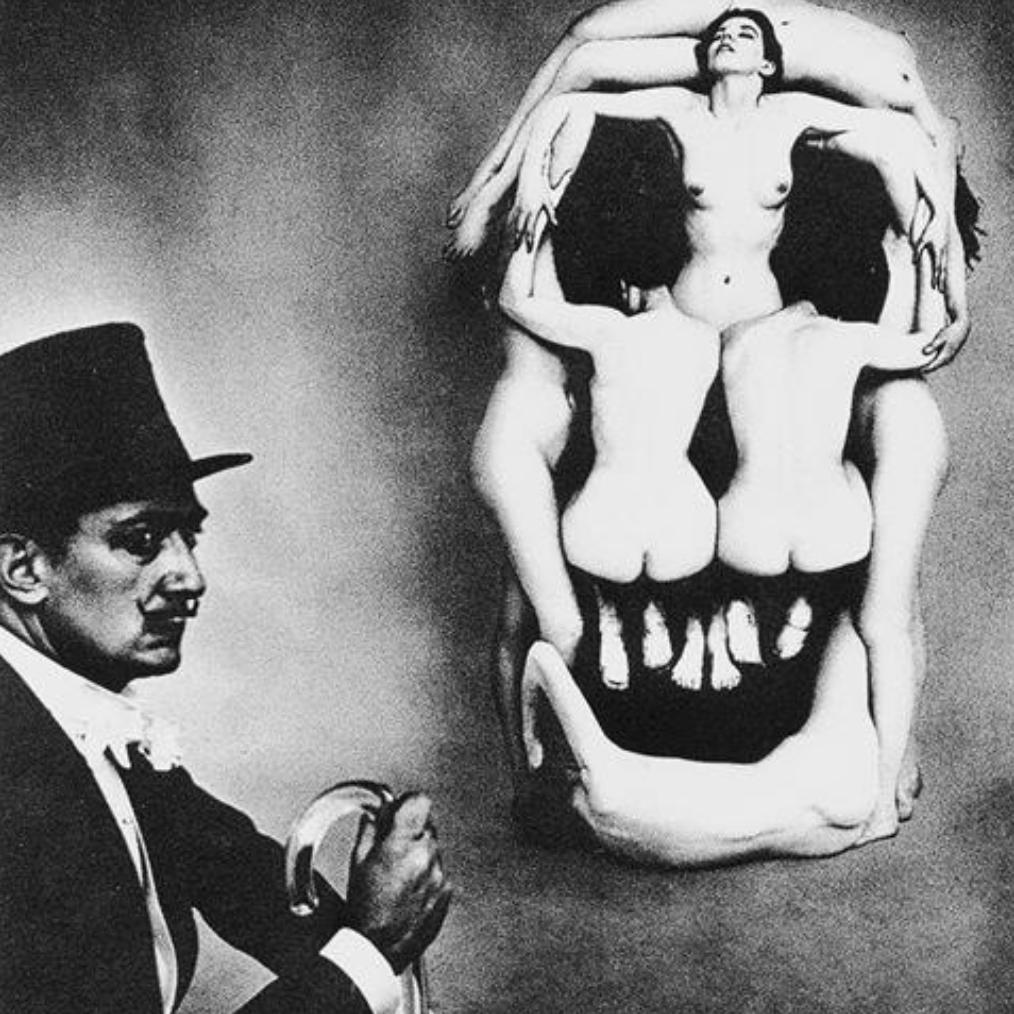 ‘Is it any wonder we have gone to pieces?’ muses Mary Ann Caws from the White Cube wall. Lee Miller’s horrific Untitled (1930) features the bloodied breasts of a mastectomy patient presented on a plate with a napkin and a knife and fork. Serving a subversive societal critique, Miller reflects on the mutilation done to women’s bodies and identities through seeing them only for their sexual attributes. The faceless stomach and vagina of L'Origine du monde (1866) by Gustave Courbet goes through a metaphormosis at the hands of Rosemarie Trockel who paints in a deadly looking tarantula instead of pubic hair. The women of Surrealism are fighting back.

‘I warn you, I refuse to be an object’, Leonora Carrington declares. Woman-object is parodied in the work of Linder Sterling: It’s the Buzz, Cock! (1977) – a greased, soft porn body is decapitated with an electric iron. This satirised symbol of domestic drudgery and glamour became a famous image in alternative pop culture when it was printed on the sleeve of the Buzzcock’s 1977 album Orgasm Addict. Surrealism’s manipulation of the familiar everyday into unfamiliar and alienating comes as a useful tool for feminists. Artists are able to ‘make strange’ taken-for-granted structures; alluding to how oppressive gender roles are surreal in their own right. Sterling’s monstrous collage in its Viking helmet and cheeky-lipped nipples acts as a portrait of gendered ideals. 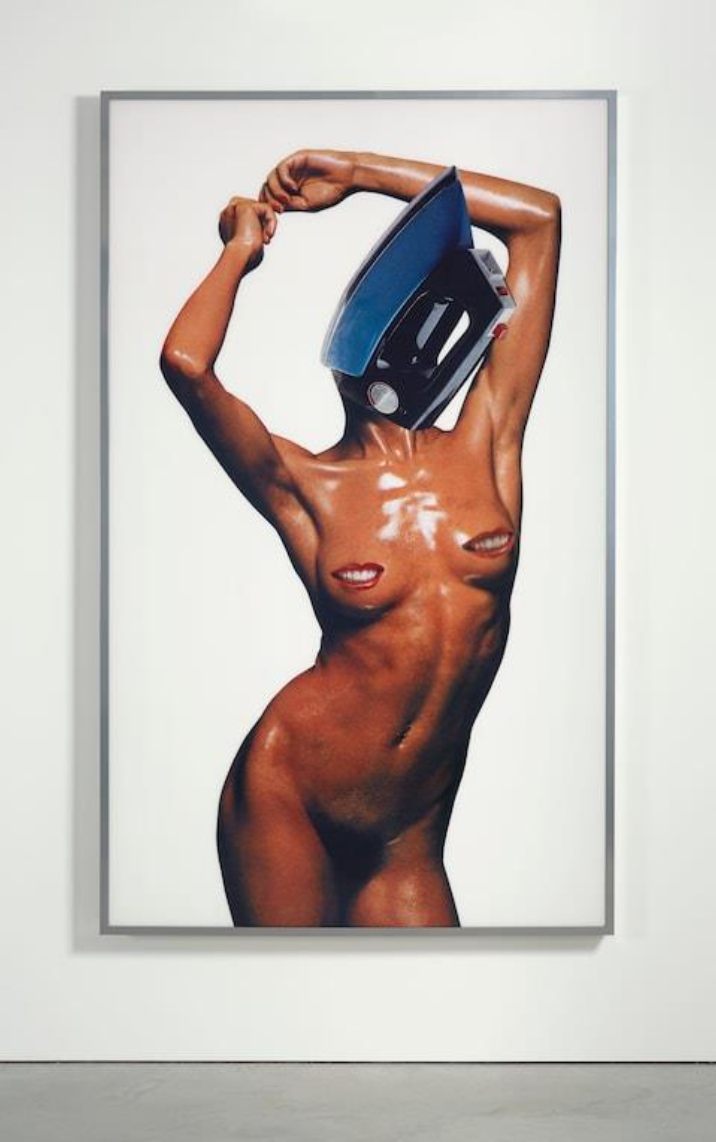 Woman in the Surrealist canon is fearsome as the harpy or medusa and fetishized as the child or virgin, but always markedly ‘other’. Rather than occupying a distant voyeuristic gaze, ‘Dreamers Awake’ delves into the experience of inhabiting a female body. Tracey Emin – renowned for the intense personal detail in her work – explores the ravaging pain of miscarriage and abortion in collaboration with Louise Bourgeois. Lover is interchangeable with baby or God, drawn as child-like stick figures over a bleeding black and red background. Emin’s loss and her battles with her own body – the site of utmost pain and pleasure – are almost tangible in these paintings. 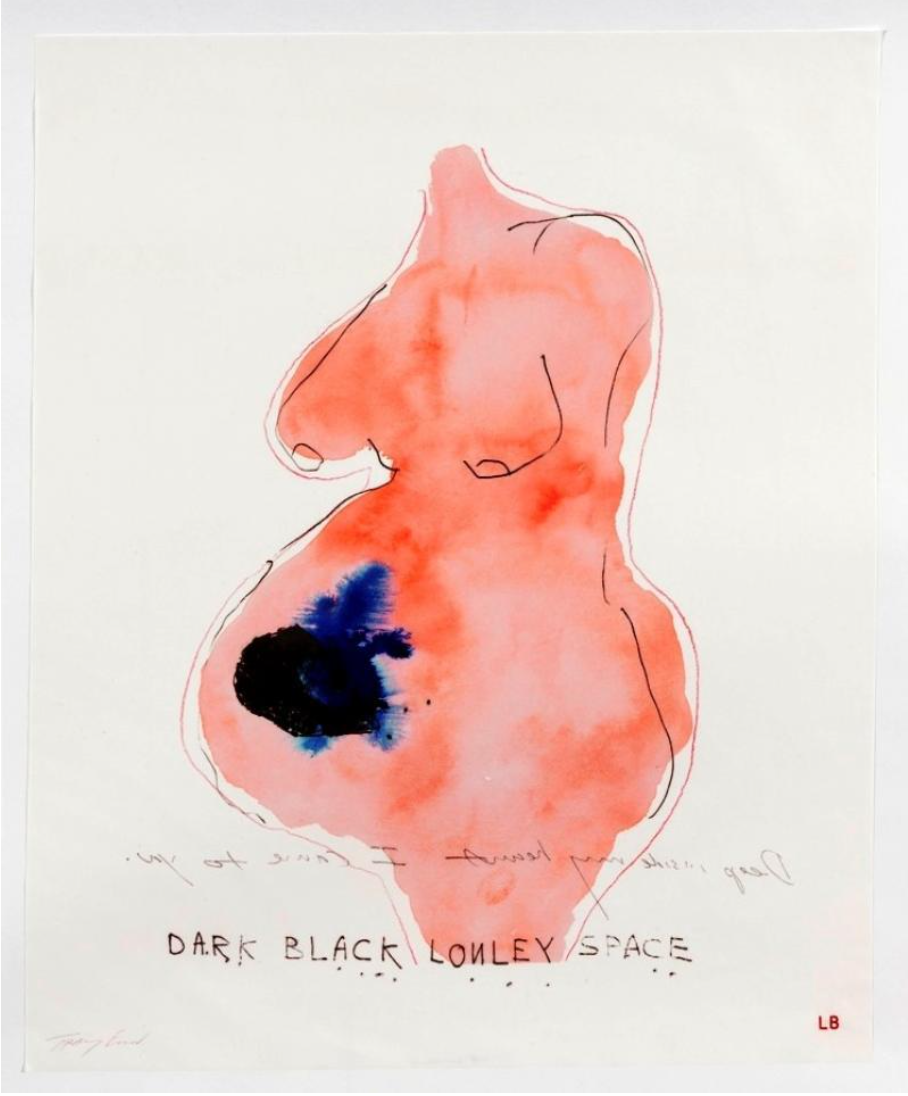 Surrealism’s dreamscapes of fantastical visions and transformations opened up a new world for women – one which was free of constraints. Woman becomes fluid, monochrome, colour, feeling, animal. Binaries disappear as realities continually contort: ‘Outer eye and inner eye, backward and forward, sideways, as a metaphysical airplane might go …’ (Eileen Agar). Carina Brandes is a chameleon in her stylish black and white photographs; she plays with framing, flying across pavements or dressing herself and her dog in a luxurious fur coat, becoming Little Red Riding Hood’s seductive grandma. But costume is as much oppressive as it is freeing: Elizabeth Jaeger’s pink skinned, shiny torsos lie across metal gates like meat on hooks in Wrapper (2017). Nylon wire corsets Mária Bartuszová’s fleshy sculptures, a standout retaliation to the smooth and curvy recognisable silhouette. 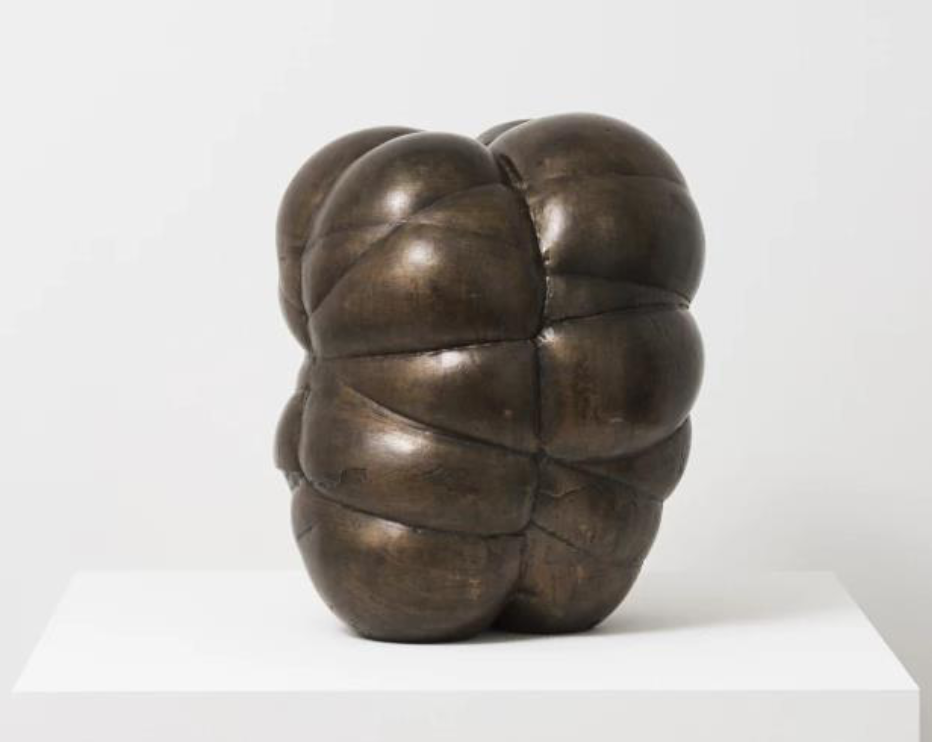 Textures and tactile works feature strongly – theorist and artist Bracha Lichtenberg-Ettinger reflected that feminist art moves towards ‘modes of non-scopic gazing that are more associated with touching and connecting’. Touch by nature is more immersive than looking; more focused on a shared, participatory venture which usurps subject and object subjectivities. Helen Chadwick’s I Thee Wed (1993) is a row of bizarre phallic, spikey sea cucumbers, each topped with a luscious furry ring. Chadwick’s background as a performer and love for unconventional, visceral materials – from human hair to chocolate and rotting vegetables – allowed her to undo elegant notions of the body in bemusing and marvellous ways.

‘Dreamers Awake’ puts into question the nature of what is to be a ‘woman’ and ultimately the answer is as fragmentary and conflicting as we would hope it to be. What the 170 artworks demonstrate is a resurging interest in selfhood, Freud and the politics of the body. Revisionist style exhibitions enviably rediscover works which have been long lost in art history, and whose biographies continue to inspire. Claude Cahun is one such example – born Lucy Schwob in Nantes, France in 1894 to a Jewish family – Cahun was a fighter for the resistance in Jersey who transgressed gender, identity and art in ways which were far ahead of their time. Much of Cahun’s work was never displayed, but has been reinvigorated by contemporary interest.

Dreamers Awake is curated by Susanna Greeves and is showcasing at White Cube, London until 17th September 2017.