A Beginning, Middle & End: Damo Jones talks about ‘A Singularity’ Damo Jones’ debut thriller, A Singularity, is set in the near future as the ramifications of climate change take hold. The novel’s two protagonists, Selene and Mark, embark on a fraught odyssey to make a stand against what they see as the planet’s decline and the lack of urgency to combat it. The young lovers also experiment with Dreamers, innovative drugs which give users incredible adventures whilst sleeping. Gradually the real world and their dreams merge dangerously together and they are lost in a world they struggle to fully understand, faced with an atrocity they may have committed. Desperate to find a way out they are pushed ever closer to a terrifying climax as the world burns around them, set to a backdrop of environmental protests, sinister technological advances and rampant consumerism, with everything teetering on the brink of societal collapse.

Explain the concept and themes which lie behind your book?

"A Singularity is a thriller about how fucked up the world is and what lengths you would go to in order save it, told mainly from a climate emergency perspective. The central question is how far would you go to protect the place you love? What would you really do to make a stand? But in truth it could be about any of the horrors currently happening or soon to occur. The main characters are Selene and Mark. They are environmentalists who also dabble recreationally with drugs. In the background to the story, you can take a pill called a Dreamer and have an incredibly real, lived-in experience whilst you sleep, and exert full control of your dream. You can buy these pills in a supermarket, a chemist, a high street store or from a dealer. It’s portrayed as something established and normal in society, with Augmented Realities – who make the drugs – on the scale of Apple, Netflix or Amazon. Dreamers are sold as entertainment in a different format, which are taken by hundreds of millions of people each week across the world. Selene and Mark experiment with the pills and realise they can share their dreams. And that’s when things start to go really wrong for them. As they watch how the planet is being trashed they want to do something to stop it. This is the catalyst for a fractured journey which leads to bloodshed, violence and an accelerating descent into chaos. They evolve into climate change terrorists. It’s also a warped love story, through which are woven themes around survival, memory, sacrifice and dependency. It’s also about forgiveness, too. The book has been a long time coming, but now feels right to release it with everything happening around the world."

This is your first novel, where did the inspiration stem from?

"It’s an angry book in parts. It’s looking at the world and how much of a mess it is, asking how have we got here? And what can we do about it? I have got a little boy now, and cannot help but always wonder about the world he is inheriting, what the future is for the next generation and their children after that. A Singularity is imagining what might be just around the corner – can anything really be changed?

The structure comes from a lot of inspirations, both books and films. Two of my favourite ever books are David Mitchell’s Cloud Atlas and Italo Calvino’s If On A Winter’s Night A Traveller. They both have really interesting narrative structures and are great stories. I love Jennifer Egan’s A Visit From The Good Squad and the way that is put together. Even Filth by Irvine Welsh, with the tapeworm popping up literally in the story. I love those kinds of weird directions books can go in, and not being written conventionally. With A Singularity I wanted it to be less linear than a normal book, that was key for me. The chronology flashes forward and back through time, and gradually the narrative weaves together.

Inception is an absolute classic film, with dreams within dreams and going into other people’s dreams. And I love films which turn into something else entirely and I draw inspiration from those, too. I mean like Kill List (one of the best UK horror thrillers in the last decade), to From Dusk Till Dawn, Audition, The Witch, Hereditary and Midsommar. They all turn into something else shockingly disorientating. That’s important to me, to try and capture the plunging freefall as that is how the world feels right now."

Had you ever envisaged yourself an author? Is there a nervous excitement attached?

"I always wanted to be a writer and dreamt it would always happen. I hoped I would be published in print, and have tried that route many times. But it is so hard getting an agent, then the agent getting the book a deal. The process of sending out letters and material to agents is pretty dispiriting in parts. It can be impersonal with generic replies. So eventually I realised to be published it would be along the self-publishing route.

I am very nervous with the book now ready. I was reading it endlessly in the editing stage, and each time liking it less, plus there was never enough time to fully focus on it. Then doubts seeped in, weaving insidiously through the whole text. But I think I am past that stage now, and excited to finally get it out there. The summer has been quite challenging with a lot of life stuff happening at once, so the release date kept getting put back until now. It feels like the right time."

Describe your own relationship with writing, where does the passion originate from?

"I have written in one form or another since I was a child. I love books and I love language. My dad used to deliver books part time around Shrewsbury (my home town) to schools and businesses, and in the school holidays my sister and I went with him. I remember being given a copy of The Sword of Shannara which I loved. My dad used to write a bit too, and my granddad wrote plays. So I think that is where the passion started. I also loved the Choose Your Own Adventure series and I did Warhammer role playing for years (no dressing up in strange costumes though, sadly), creating intricate worlds and sagas to fill them with. This fired up my imagination even more, so I started writing a lot of Dungeons and Dragons and Shannara-odyssey type fiction. And of course The Lord of The Rings inspired me too. I kept writing in my teens, then into university, and started to send off material to agents (I still have all the rejection letters) as well as still reading voraciously. What I read or experienced partly influenced and informed what I wrote; at John Moores University in Liverpool, there was a novel about clubs, drugs, music, making friends and growing up. My writing evolved and became more contemporary. It’s covered short stories, a YA novel (unfinished), non-fiction, occasional journalism, a book about an island of people lost in time and lots of other ideas.

But it’s harder to write as you get older, like keeping the passion alive for any things you cherish. You can probably have a small handful of passions in life and need to them choose wisely – there’s exponentially less space, with a foot pressing down hard on the accelerator of time. But the passion is still there for writing for me, I don’t think it will ever go, it always feels important to me, words and language.
I have spent a lot of time polishing the novel – which has been an exercise in patience – but I hope it is worth it. I feel that is part of the passion too, honing and paring away. Now I am starting to put together some new material too, so I hope that means this novel is finally complete. Writing feels for me like ideas and scenes that build up slowly until they burst out, and then the actual work starts." 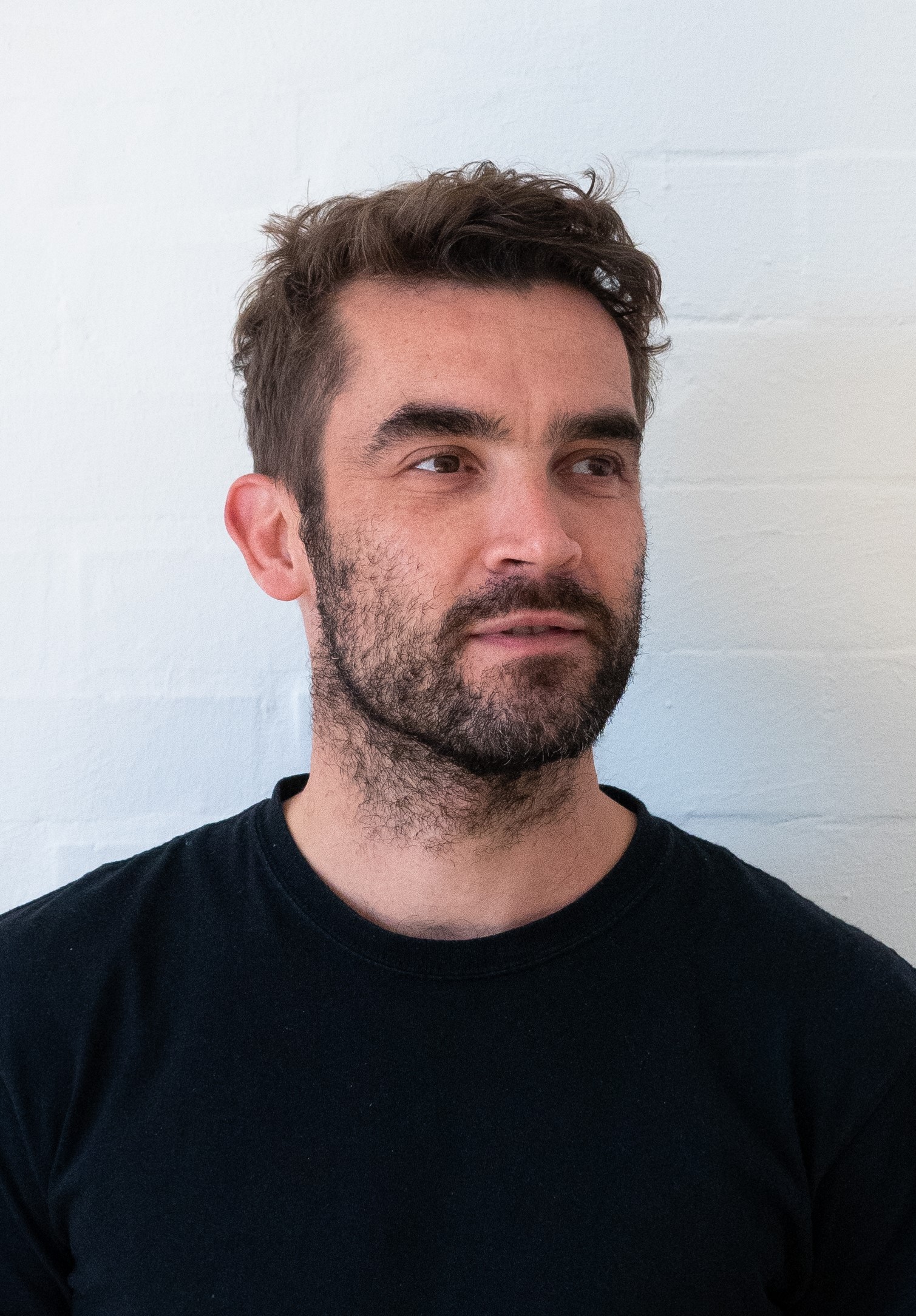 Does a story always have a beginning, middle and an end? If so is this book reflective of that?

"I think all stories have a beginning, middle and an end. But I also suppose it’s how they are structured which can be different to the norm. For example, Star Wars is one of the very classical narratives, a monomyth, in which the hero goes on a daring journey, is plunged into a crisis with everything at stake, wins an implausible victory and comes home a changed or transformed person. Everyone I think can relate to that, because it resonates in so many books, films, TV series, tales and stories. It’s like the saving the world narrative, which is also the catalyst for Selene and Mark’s actions as well.

A Singularity has three sections but it isn’t a conventional read, and whilst the main characters are certainly transformed it is arguably not for the best. The first and last parts are told alternately from Selene and Mark’s perspectives with the chronologies mixed up, then the central passage is a first-person perspective piece. So yes, it has a beginning, a middle and an end, but not in the usual sense.

Selene and Mark’s journey includes some stark decisions as they to try to save their world which is being left to rot by those in power. And they get their hands bloody doing it, fighting for what they believe in."

She thought of the resource wars which had already claimed tens of thousands of lives in Africa. Migratory paths remapped. Slushy oceans of plastic. The energy riots which had stricken and paralysed most of South East Asia and parts of Chindia. The barren winter freeze across Russia and the Baltic states. The first cases of malaria in the UK. Dolphins found in the Hudson, the Thames and the Rhine. Squinting at the sky. Strange far away echoes detected by NASA. The disappearance of Amazonian tribes. The acidification of the Mediterranean, the Gulf of Mexico and the last of the Great Barrier Reef. Vast shoals of dead fish. Malignant nodules on deep sea dwellers. Sunsets of incredible colours. Cracking permafrost, methane seeping. Flooded homes in engulfed cities. Insular groups forming. Bee populations crashing. Heatwaves which melted tarmac and evaporated rivers. Colonies of lost civilisations trekking to cooler places. Inuit dying. The beef ban, cattle culled. Dust where crops had once grown. Melanomas. Rare nights in the countryside where you could still see stellations of stars, trace the embers of the Milky Way. Staple shortages and eating from tins. Water rationed as tides rose. The first 61.0C city. Dwindling phylogenetic diversity. Silent forests where insects once weaved. Drifting sheets of ice cracked like giant jigsaw pieces.
It all added heat to the fragile ecology of Selene’s mind.
And she had to believe in something which she could feed the gnawing rage seething deep within; it churned restless, relentless, awaiting release.

A Singularity will be published next week – follow @damo_sj