Review: Up To Date Festival 2016 – A Reflection
Minute Read

Review: Up To Date Festival 2016 – A Reflection “Hello Wil,  I'd like you to meet Jedrzej. J runs Up To Date Festival in Białystok, Poland. It's one of the most interesting festivals in the country, completely DIY with some Eastern vibes due to Lithuanian and Belarusian proximity.  They’d like to invite a few journalists to experience the festival.  I'll leave you two from this point. Hoping to see you in Białystok” Rafal.

And so began the Up To Date love affair…

Speeding through the Polish countryside as Warsaw faded from view, we’re on the wrong side of the road. As we edge closer towards the Belarus border an oncoming car appears over the horizon. Panic sets in. Not on the face of our driver though, who proceeds to accelerate that little bit more, before gracefully weaving the car back onto the right side of the road. I try my best to look calm.

We’re heading to Białystok, a place I’m ashamed to say I’d not heard of until two weeks prior, when a friend sent me that cryptic message above.  From my initial in-depth wikipedia research I learn that Białystok is the most important economic centre in northeastern Poland and traditionally one of the leading centres of academic, cultural and artistic life in Podlaskie. It’s an unassuming and strangely sleepy town and not one in which you’d expect to find one of the most eclectic assortment of techno and obscure oddities. Up To Date Festival – much like it's name – embodies a sense of playfulness, something which we later discover runs throughout the event as a whole. Despite having been running for several years now it’s barely a blip on any festival circuit radar or talked about back in the UK. Set up by friends Dtekk (co-owner of the Technosoul label alongside Essence) and DJ Czarek back in 2010 in an abandoned Soviet warehouse on the outskirts of town, the festival has been through various incarnations. They quickly discovered putting on a gathering of more than 50 people in a warehouse was actually illegal – this resulted in Dtekk aka Jędrzej Dondziło ending up in a three year legal battle for which he was eventually prosecuted for. This might sound like the description of a fly by night rave promoter – or even a standard story of a UK party – but Up To Date is far from that.

Undeterred by external forces the festival picked itself up, managing to get the local council onside and for its seventh chapter has graduated to the inner environs of the town, taking over various finely curated spaces. After dinner with the organisers Jedzrej (Dtekk), Cezar (Czarek) and Ola – who talk with great humour and humility about the festival’s roots – we’re escorted through the regal grounds of Branicki Palace which also doubles as a university in its spare time. It’s the setting for the opening concert of the festival and we’re one of the lucky people able to experience these ambient, drone performances. They prove to be a massive highlight of the weekend. Entering through the main entrance we’re lead up the stairs into a grand,  high-ceilinged room where Michal Wolski, Acronym and Noordwiijk are waiting to take us on their own hour long meditations. You’re encouraged to grab a pillow and lie on the floor. What follows is three hours of transcendental drones and ambient soundscapes, each one with its own intensity and nuance. This is how ambient music is supposed to be heard. The beauty of a great festival is that it’s an education if you trust the ears of the programmers. Whilst you may not know the whole bill you’re guaranteed something will surprise you. And this was just the beginning. Passing your eye down the lineups of previous years the likes of Robert Hood, Altern 8, Dopplereffekt, and Broken English Club have graced the stages. This year the line-up felt like it had notched up a gear whilst retaining the clear identity the festival had carved out.  Białystok City Stadium, the home of the town’s Football team Jagiellonia Białystok is the setting for the post-ambient night-time tear up. It’s not the first place you’d think of throwing a party but the car parks underneath the stands form perfect arches. Umwelt, Ekman, I-F, Legowelt, DJ Deeon, Rommek and Falty DL head up the Friday night’s proceedings whilst Luke Vibert, Vatican Shadow, Fracture and Reeko take care of things on the Saturday. What’s notable on the Saturday is Polish Hip Hop legend Pezet’s come back show. It’s the main focus of the Electronic Beats stage and draws one of the largest crowds of the weekend.

The second night’s ambient explorations take place at the stunning Podlasie Opera And Philharmonic European Art Centre. Białystok was shortlisted for city of culture recently and you can see why given the scale and ambitiousness of some of their buildings. Tonight is the turn of New Rome, Rafael Anton Irisarri and Markus Guentner with Irisarri’s intense peaks and lulls a highlight for us.

Elsewhere as the night descends we crowd round a fabric-hewn cubicle at the festival proper. Unsure of all the fuss it’s only when we see Pozdro Techno adorning every garment that we begin to understand. Pozdro Techno or ‘Howdy Techno’ – as our hosts explain – is the fashion offshoot from the festival which has become somewhat of a national phenomenon hence the reason it’s sold out by 11.30 every night. It’s the second hand customised pieces that catch our eye… and everyone else’s by the looks of things.

The keen eye for detail with the branding runs through everything Up To Date, Technosoul and Pozdro Techno do. The fact they’ve managed to turn what is by all accounts a niche festival into a national clothing brand speaks volumes for what they’re doing. Check some of the promo videos for the sharpness of execution in it all – note Cezar’s dad (who’s in the picture below too) – as the star of the show.

Which brings us onto the over 50s rule. Another new introduction this year is that anyone over 50 can apply for a free ticket. So you can bring your parents to experience a few hours of the rave, they can then get off to bed and you can get on with it. It’s this all-inclusive nature which sets them out and also I imagine what has endeared them to the local community. There’s a great sense of pride amongst the crowd that something so perfectly formed is happening in their town. Many people we talk to live in Warsaw but have travelled the almost four hour journey here just for the festival. Saturday night it's traditional for Technosoul close the festival each year. We stick it out till the end and are rewarded with scenes of elation. After all this excitement we stumble back to our hotel at some unknown hour and impress the hotel staff by falling asleep in our breakfast. Classy.

So what is it that makes this one of the most well thought out and finely crafted festivals of experimental electronics we’ve ever had the privilege of attending since our first Sonar experience almost 20 years ago?

When the only complaint for a festival can be that it takes 4 hours to get there from the airport – there’s a new road being built which will cut the journey to 1.5 hours  – it really has to be 10/10 from where we’re sitting.

I could go on and on about how good this festival is but the best thing for you to do is book your ticket for next year quick.  If you don’t there’s clearly something wrong with you.

We went complete strangers but have left feeling like we’ve gained a new family. 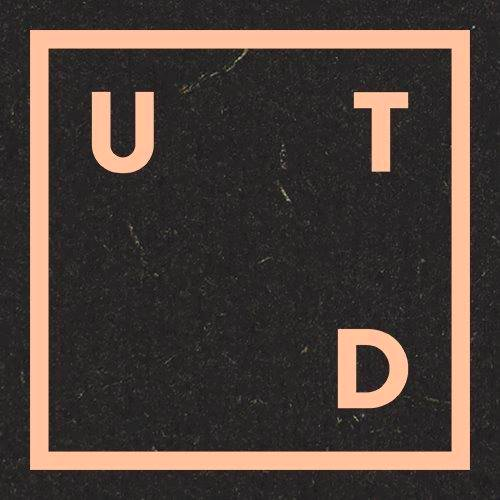