Zola Jesus – aka Nika Roza Danilova – is at Village Underground tonight as part of the tour for her new album Okovi. When I mentioned to people that I know have already seen her live show that I was going, I was always met with the same response – “it’s so intense.” Given her recorded output this wasn’t of any real surprise, but I’m still completely taken aback by just how gripping tonight’s performance is.

First up is support act is Devon Welsh, who previously recorded alongside Matthew Otto as Magical Cloudz but now goes by his given name. Truth be told, his new solo music doesn’t sound all that different to Magical Cloudz, but I’m gripped by his performance. I’ll cop to not having paid this guy as much attention as I clearly should have done in the past. His music derives its power from the starkness of the arrangements, the cleanness of the production and the simplicity of the lyrics. Touching on emotions this raw while maintaining an inclusive universality cannot be easy. The lights are still and golden, almost like a throne or a halo on the stage, but Welsh prefers to play closer to the crowd, on our level. I toss my empty can in the bin and regret it the moment it leaves my hand, the low thud momentarily rupturing the silence. The whole audience is paying studious attention to Welsh, who exudes a strange otherworldliness and yet comes across as immensely humble.

After 30 minutes of opera over the PA sets an apt but peculiar mood, Zola Jesus’ two bandmates (Louis Woodward on viola and Alex DeGroot on guitar) come onstage and start playing the opening of ‘Veka’ but Danilova is nowhere to be seen. Then, smack bang in the middle of the stage, her figure becomes apparent, suddenly rising from hands and knees as though having uncloaked herself from the shadows. She starts off as a tightly coiled ball before – very gradually and with perfect control – unravelling her frame until her back is taut upright and her arms wide open forming a T-shape. It’s a powerful entrance – simple yet hugely effective, and it sets the scene perfectly for the performance to come. And as always, Village Underground’s nave-like space is the perfect setting for artists who have something of the spiritual in their music. 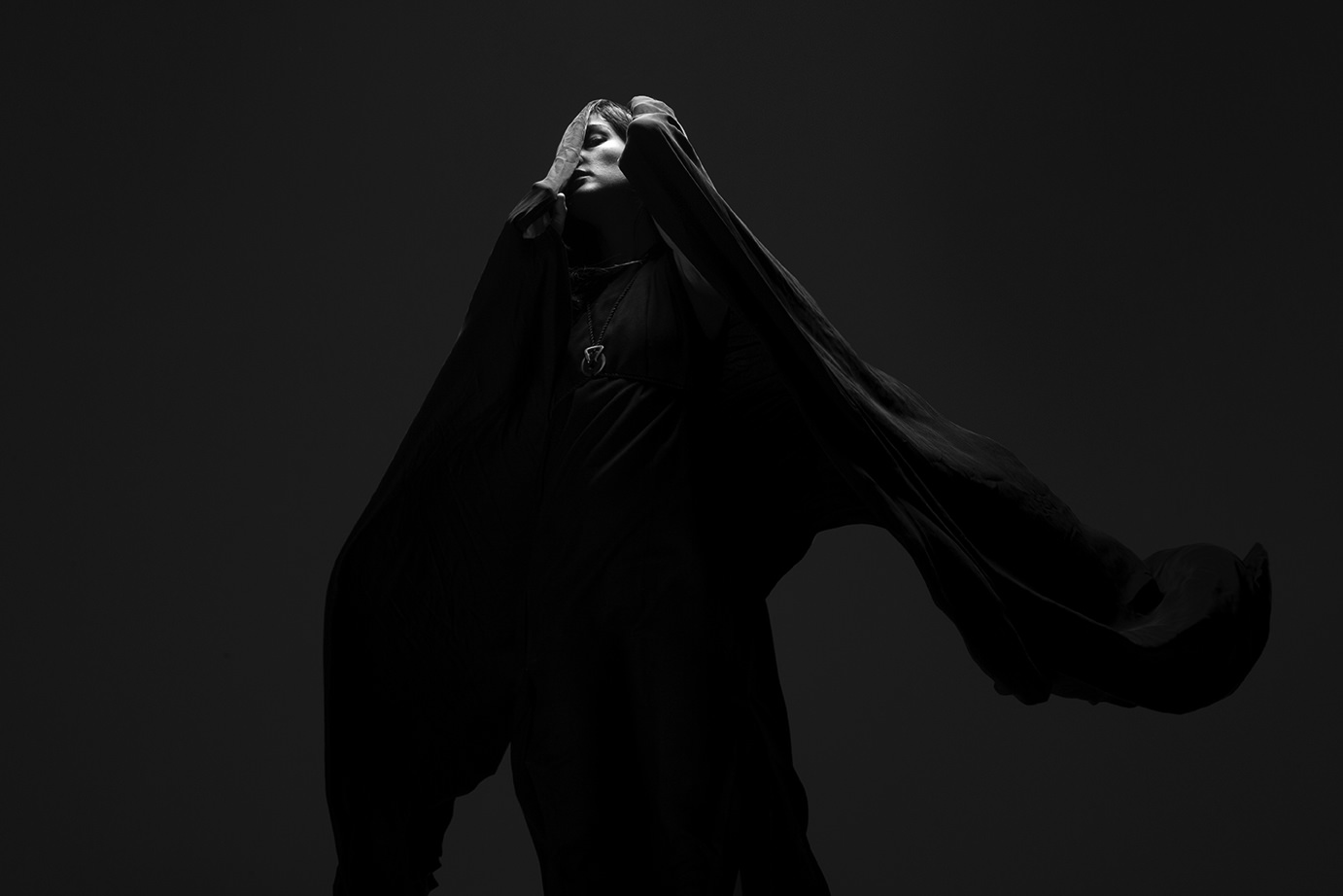 The connection to Welsh’s set is immediately apparent. Both artists harness intensity – that is to say, they are both forceful and focused – but in very different ways. Danilova is more obviously theatrical, and her command of the stage is undoubtedly impressive. Her voice is absolutely enormous – on record it’s staggering the amount of emotional power she can wrench from it, but it’s even more effective in the flesh. The set is tight and punchy and obviously the result of a lot of planning. Danilova prefers to split it up into sections of three or four songs, segueing into the next before pausing every so often to acknowledge the crowd, who are lost in rapt attention.

‘Dangerous Days’ is an early highlight – taken from Taiga, Danilova’s self-confessed and ultimately failed attempt at breaking pop radio, it bristles and fizzes with the immediacy of her best songs, and briefly suggests an alternate dimension where this kind of breathless goth-pop could actually be soaring up the charts. Later on an absolute storming rendition of ‘Night’ has me feeling goosebumps.

New album Okovi marked a return to long-term label Sacred Bones, and something of a mesh between her styles, blending the machine-pop of new with the darkness of her older material. Hailed as a return to form, and arguably her bleakest album yet, it certainly provides some of the set’s best material. ‘Witness’ is the best of the bunch – a moment of relative stillness, its harrowing lyrics deal with the attempted suicide of a close family member and Woodward channels Danilova’s grief with some inspired viola playing. ‘Exhumed’ on the other hand is a wild distillation of everything that Danilova does well and it makes for a fantastic main set closer with the singer descending into the crowd. Tonight’s set is a wonderful realisation of Okovi, and an affirmation that Danilova is one of the most exhilarating live performers around right now.