The concept behind Video Jam is simple but, judging by the sold-out Barbican theatre on Sunday night, very effective. Of course, the popularity of this event was due in no small part to the enduring power of Jean Michel Basquiat’s art and personality, but the musical line-up curated by the Video Jam team were quite the attraction by themselves.

Video Jam, which originated in Manchester, is a series of events designed to commission live musical accompaniments to short films produced by upcoming and award-winning artists alike. In this instance, the Video Jam team worked with filmmakers from the UK and the US to create shorts which responded to some aspect of Basquiat’s life and work, then allocated these films to musical acts to produce scores which would then be performed live. 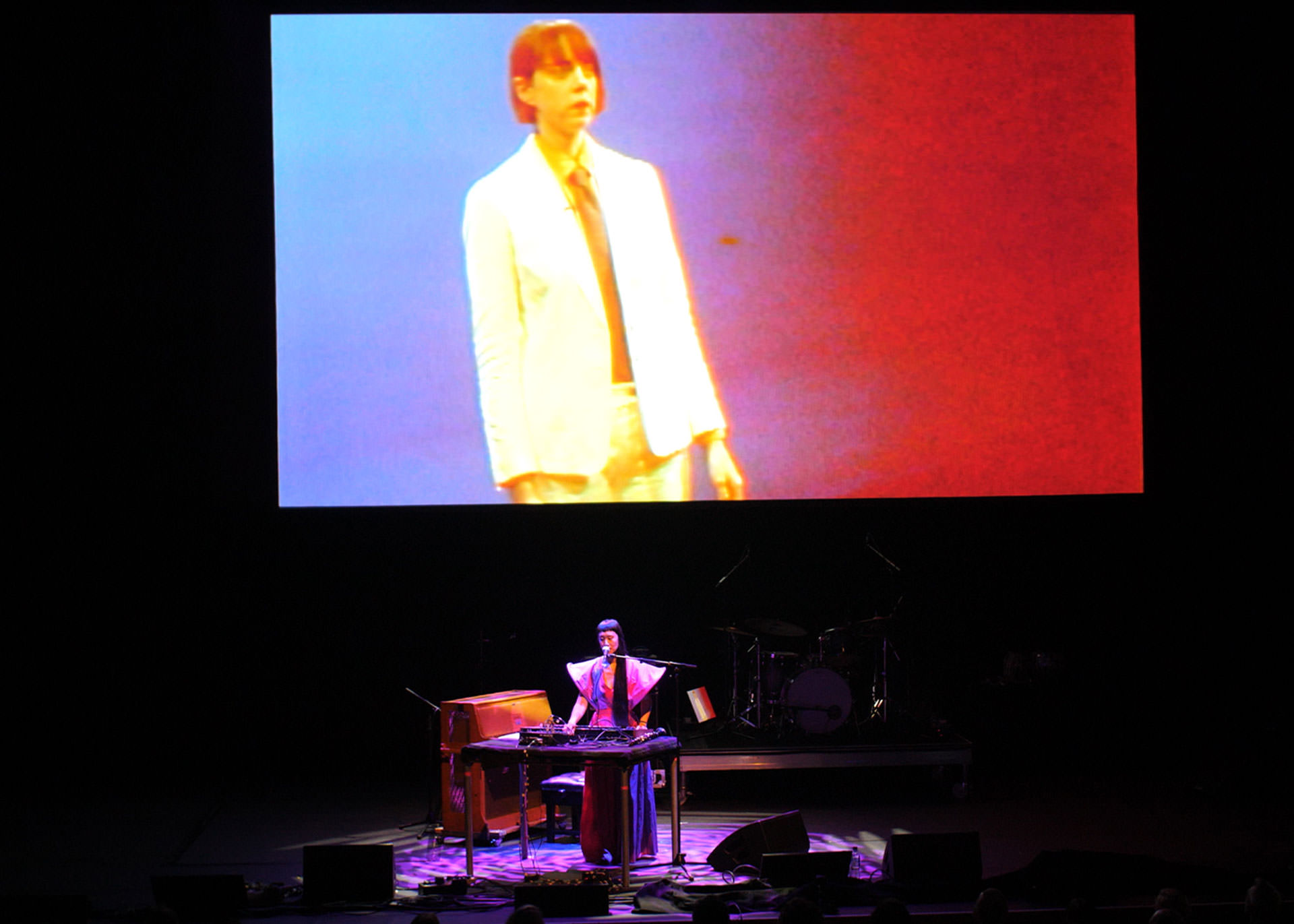 Proceedings opened with Woddy Green and LayFullStop of Manchester-based hip hop collective Roots Raddix performing tender spoken word over ‘Presence’, a short by American filmmaker Hayley Elizabeth Anderson. Inspired by Basquiat’s own life and his painting ‘Defacement’, which depicts the beating of Michael Stewart, a fellow street artist, at the hands of the NYPD. Stewart, who was just 25 at the time, died as a result of injuries inflicted by police officers, and in recent years his story and Basquiat’s painting have become emblems of the #blacklivesmatter movement. Anderson’s film, assisted by the subtleties of Woddy Green and LayFullStop’s music, expresses some of the frustrations of growing up young and black – frustrations which, sadly, are as present here in the UK as they are in New York City.

‘Strays’ was the next piece to take to the screen: director and writer Scout Stuart was inspired by Edo Bertoglio’s ‘Downtown ’81’, featuring the young Jean-Michel Basquiat, to produce this melancholy and beautiful piece about how isolating it can be to try to make a living as an artist in a big city, what you have to do to make ends meet, how little time there is to actually make art. Free-jazz collective Tombed Visions scored this piece, taking their cue from Basquiat’s association with William S Burroughs – and while they certainly channelled Basquiat in their explosive performance, their approach just didn’t match the tone of ‘Strays’, which was much more measured and melancholy, as opposed to brash and boisterous. Both the music and the film in themselves were excellent, but together each only seemed to detract from the other; Lauren Bolger’s spoken word poetry was utterly compelling, but so much so that I stopped watching ‘Strays’ to watch her instead, and I was beginning to worry that this would be an inherent flaw in the system of having hugely talented performers live onstage in front of the screen. 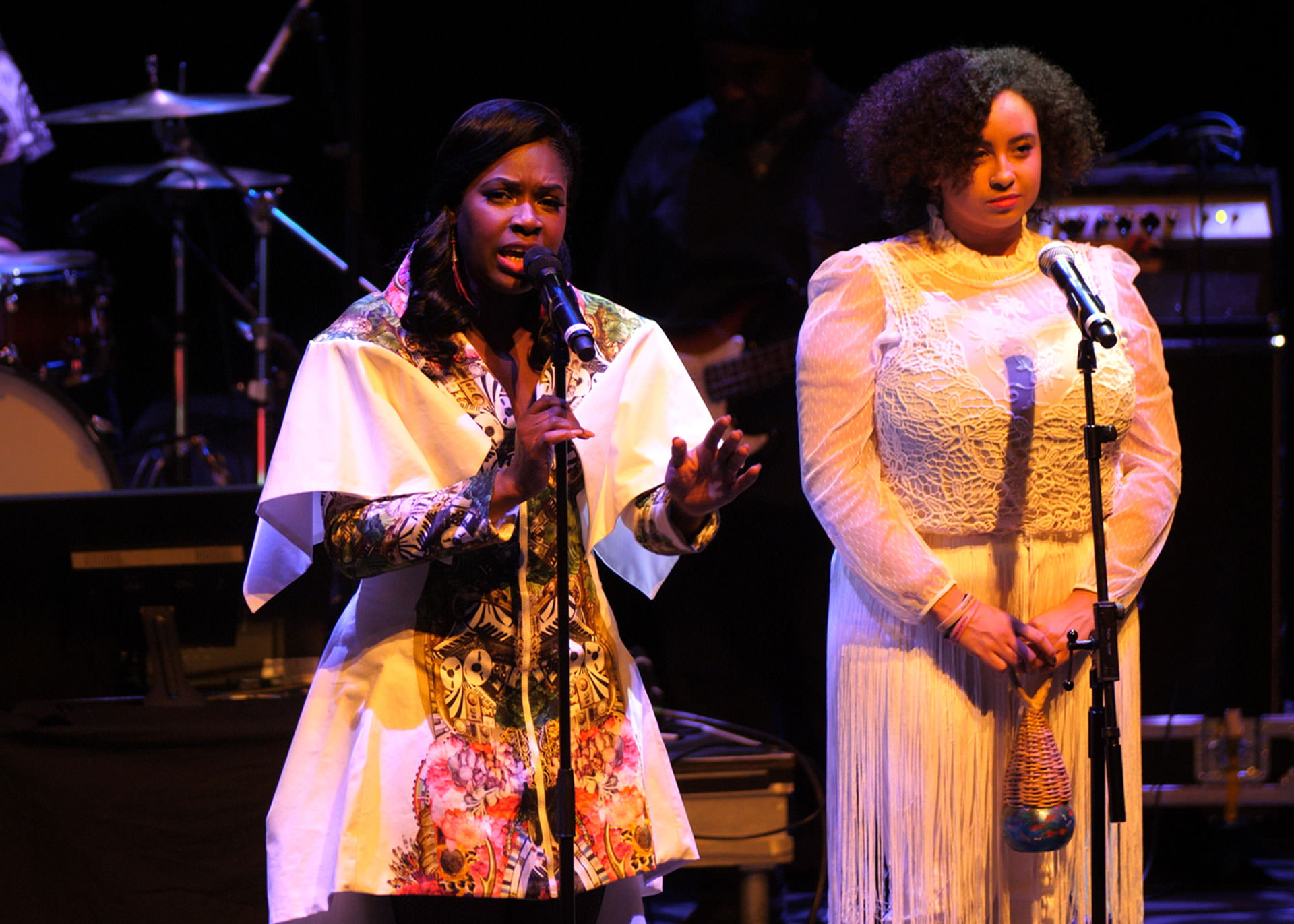 Ibibio Sound Machine set my concerns to rest with their accompaniment to Ephraim Asili’s ‘Sketches And Portraits For Jean-Michel’, a series of vignettes shot with a Bolex film camera on the streets of New York. Ibibio Sound Machine brought the warmth and freedom of Basquiat’s work to life here, with an incredible performance reminiscent of Talking Heads. Here, the film and music worked together to create a late 1970s Mudd Club atmosphere, effortlessly capturing that side of Basquiat’s life. Ibibio Sound Machine stayed on to soundtrack Gabrielle Ledet and Jack Wedge’s animated short ‘Fishbowl’, which was a real tribute to Basquiat’s unique fusing of traditional African art styles with Surrealism.

A surprising jewel in the line-up came in the form of Seaming To’s exquisitely uncanny score to ‘Test Patterns’, Victoria Keddie’s eerie homage to early analogue video technology, drawing on Basquiat’s habit of leaving the TV on while he worked. (Side note: while researching this part of the review, I was literally about to type a comparison between this particular pairing of music and film and Maya Deren’s hypnotic 1943 short ‘Meshes Of The Afternoon’, only to discover that Seaming To actually did write a score for that film back in 2011.) In ‘Test Patterns’, Keddie turns the flaws of lo-fi video broadcast into an intense emotional experience, distorting the image and toying with perspective, colour, reflection and memory; similarly, Seaming To’s accompaniment heightened the moments of glitch and distortion, underlining them with clarinet, piano, synthesiser and vocals – not to be trite, but if Angelo Badalamenti had asked Vangelis to help him write the soundtrack for Twin Peaks, this is what they would have ended up with. 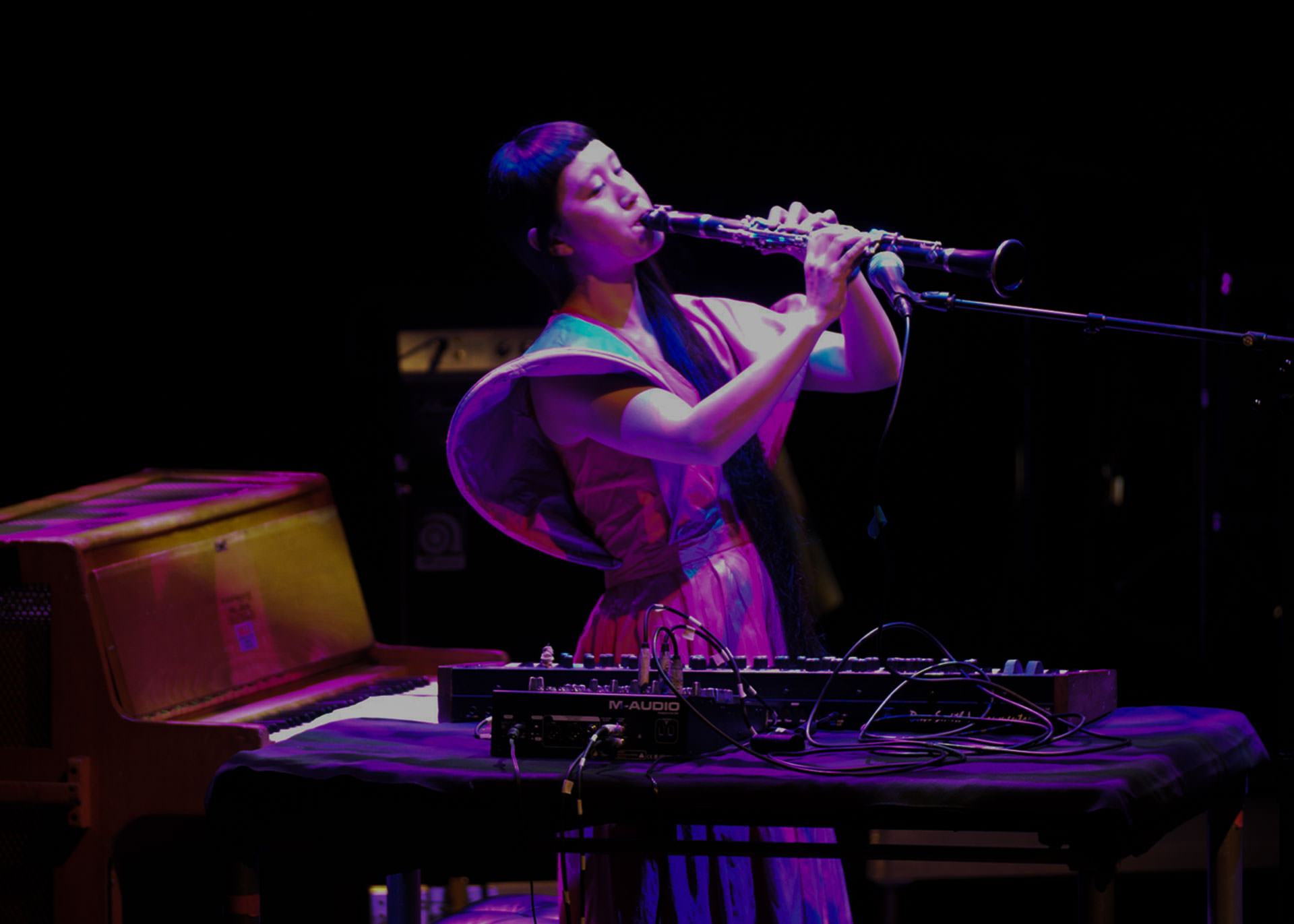 Next, Young Fathers took the stage with a breathtaking piece to accompany Topher Campbell’s film ‘Fetish’, a moving meditation on blackness, and in particular the black male body in today’s America. Young Fathers perfectly captured the warmth and tenderness of Campbell’s film, but never shied away from the anger and at times aggression present in the visuals – this particular collaboration moved me to tears.

To close the night, Video Jam commissioned a collaboration between filmmaker ruffmercy and Danalogue, legendary music producer and member of electronic jazz trio The Comet Is Coming – and honestly, it was flawless. ruffmercy’s vibrant animation of Basquiat’s paintings provided the perfect backdrop for Danalogue’s particular brand of lo-fi futuristic squelch, and he was joined on stage by Leafcutter John and his modular family, as well as Idris Rahman on tenor sax and Sarathy Korwar on drums and tabla. Basquiat’s role in Afro-futurism came to the fore here, with ruffmercy’s intergalactic animation pulsating in time to analogue synths, each pulling something forward-looking out of the lo-fi, rumbling under the seats and booming its way into the future.

The diverse programme of filmmakers and musicians that Video Jam put together on Sunday night is testament to the power of Jean-Michel Basquiat’s art: it’s political, it’s playful, it’s joyous, it’s angry, it’s warm, it’s confrontational – and so much more. I can’t help thinking the man himself would have revelled in the talent and admiration offered up to him here.