In a world of copious amounts of small, boutique festivals popping up all over the globe, it’s hard to gain a significant market share. We are almost spoilt for choice in the dance music world in Europe alone – virtually every weekend in the summer months you can have a pick of the bunch of which unique spot you want to go dance to your favourite DJs at. It’s somewhat rare then, to have a small festival in its infancy catch your eye and genuinely intrigue you. We’re now at a stage where line-up alone isn’t enough to guarantee a memorable festival experience, so when something comes along that looks truly special, you gotta check it out.

Polifonic might just be the festival that everyone will be talking about in the coming years. It’s set in the beautiful Puglia region of Italy and boasts one of the most aesthetically pleasing locations I’ve visited for dance music in Europe. Moreover, the venues that were on offer over the three days were gorgeously picturesque throughout the night and into the dawn. A quick search on social media will bring up tons of almost influencer worthy snaps of the festival over the last couple of years – the stunning location induces a desire to head there all on its own.

Masseria's (that’s Italian for farmhouse) provided the dance floors over the weekend and looked like something out of a romantic Mediterranean fairytale; tall white walls with archways and cobbled courtyards surrounded by olive gardens doesn’t initially strike you as the place to dance to house and techno. The line-up was definitely up to standard though, with the likes of Jeff Mills, Floating Points, Jeremy Underground and Eris Drew all set to take the helm across the weekend. Like in previous years, the festival also promoted locals talents and continued its form of incubating the Italian dance music scene through artists both big and small.

The infamous 'Italian time' was apparent from the get-go in terms of festival organisation. After getting the motor running a leisurely hour and a half late you were greeted to a certain degree of uncertainty on first impressions and even as the sun was setting on the Friday night some of the decorations were still being put up. It sort of felt like everyone had just woken up and remembered they were putting on a festival. When things fell into place though, you could really start appreciating the occasion. It felt like you had merited a sought-after invite to a private party for an eccentric millionaire in the grounds of their Puglian villa – with a full Void Acoustics sound system setup no less.

Both the Friday and Saturday nights played out in Masseria's – a slightly earlier start and finish on Sunday providing the opportunity to be hosted at a beach club. Masseria Eccelenza on Friday spread DJs across two intimate stages in picturesque courtyards on opposite sides of the villa with an expansive garden in between serving as a spot for food and a smattering of local traders. The mainstage and wood stage were both kicked into gear by local artists with a pleasing contrast between the two; you could catch Jolly Mare easing punters in with blends of Italo disco and afrobeat in the main courtyard whilst on the other side of the grounds the likes of Fragment Dimensions and DJ Plant Texture hit you with some heavy industrial techno taking forms in the shape of tracks like Pearson Sound's 'XLB'.

Headliners and general heavyweights put in some solid stints behind the decks – standouts being a Nu Guinea DJ and live keys set which garnered a serious amount of energy on the Friday mainstage prior to an equally stellar Eris Drew showing. Afro and disco were being thrown from side to side and the addition of a hugely entertaining performance on the live keyboard gave the Italians the right to get the vibe swinging. Eris took things down the chuggier and bass-y route with rollers like Photonz's 'Emerald City' before Jeremy Underground saw the sunrise through with a typically eclectic mix of house and disco.

Similar behaviour was put into play on the subsequent Saturday and Sunday nights, with the last-minute cancellation of Craig Richards giving a lease to the local DJs for the full evening on the final episode. Acts like Hiver were further welcome additions of upcoming native talent that impressed on the second night amongst a sizeable upgrade from the Friday. What was two intimate stages the night before turned into more of a festival-styled atmosphere on Saturday at Masseria Del Turco; although there was a 'Botanical Garden' stage which resembled courtyards previously seen, there was now a festival-sized mainstage in an expansive field behind the grounds of the villa. There was also a third 'Sunrise' stage curated by Resident Advisor that sat tucked away around the corner from the mainstage which boasted some stupendous views towards the coast.

It wouldn't be unfair to say that Saturday maybe suffered from a few more issues than the other nights. There were bouts of sound spillage between stages and a rather large – and extremely busy – backstage area detracted from the vibe on the mainstage slightly at times when it should have been peaking (this was apparent when the acid anthem 'Acperience 1' was played by closer DJ Tennis to a less than bopping 4 am crowd). A couple of late showings provided a couple more hiccups but like the previous night, by around midnight things really started to hit their stride. Although Saturday didn't quite have the close-knit villa party feel of Friday, performances from Jeff Mills and Floating Points were brilliantly on point. Young Marco seeing off his set overlooking the valley at the Sunrise stage with the cheesy but hugely enjoyable Inner Life version of 'Ain't No Mountain High Enough' rounded off one of the sets of the night before Paramida guided everyone through to the breakfast hours. 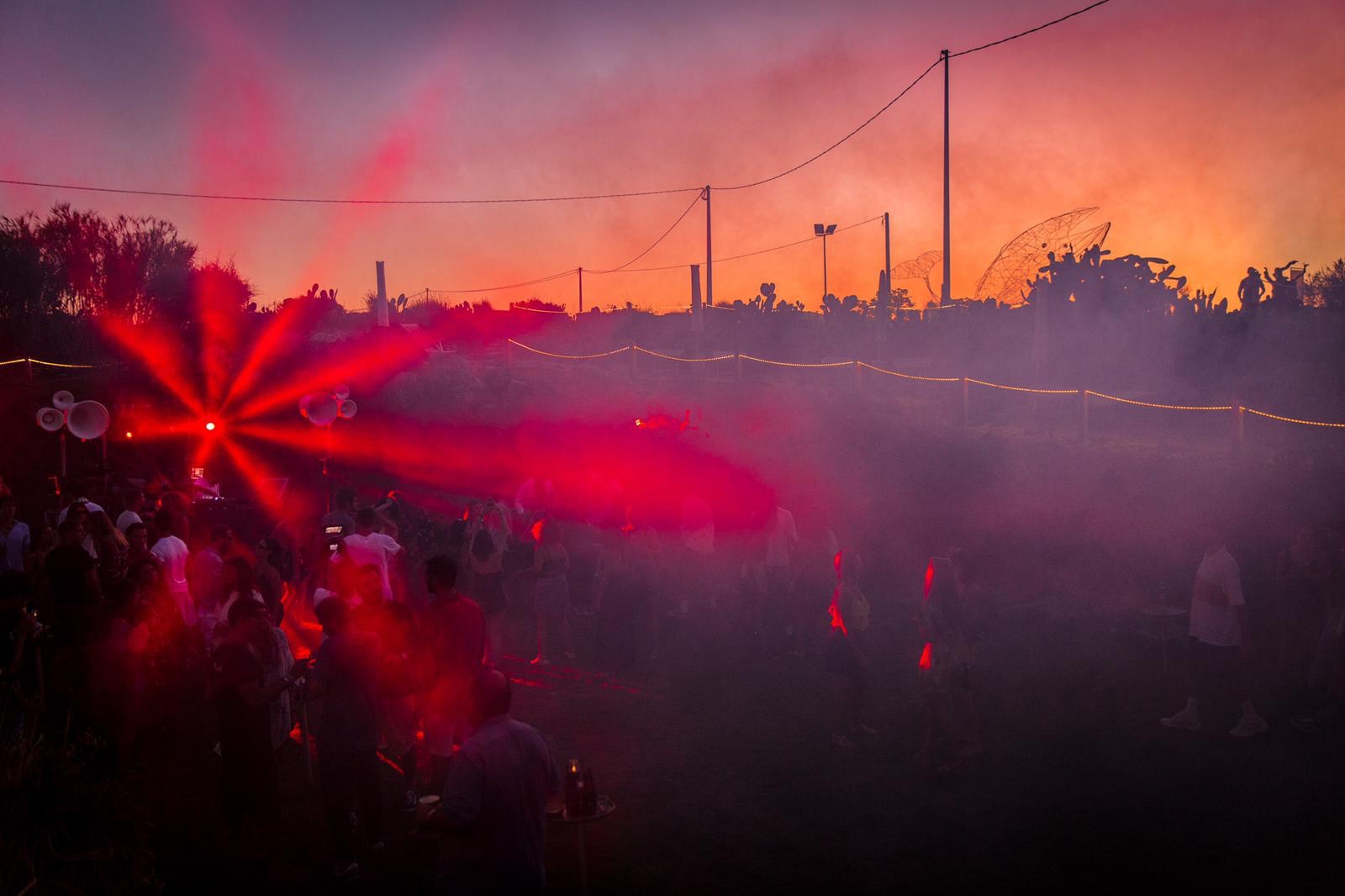 The final night at Palme Beach Club consequently provided some of the most enjoyable experiences of the whole weekend – the more chilled out atmosphere left the festival on a high note and shameless groovers like Martin Solveig's remix of 'Madan' brought in an (albeit cliched) fun boogie on the beach. Although the lack of Craig Richards did leave a slightly sour taste in the mouth, the final evening became more about the local talent and residents than having a big name taking precedence. This played nicely into the festival's hands as this is something that they are constantly striving to do. Although everyone was on their last legs, the crowd reacted magnificently – the duo Dirty Channels who took the reigns for a far chunk of the evening almost made everyone forget about the missing headliner.

Remember when I said it ‘might’ be the festival that everyone will be talking about soon? It's got some growing pains to get through first but amongst the niggles that the current infrastructure the region suffers from (a severe lack of a useful taxi service and Google maps which hasn't quite got the hang of things yet), it did certainly provide a special experience. There definitely are lots of things to shout about and if you can get past the minor annoyances of a slightly haphazard approach and see Polifonic for what it is, you'll come away with not only an education in Italian dance music but a delightful tour of some truly untouched gems in the  Puglian countryside.