Vera reminds me of a kindly young grandma. Perhaps new to the oldest of three generations scene and happy to reach that next life stage. Sadly, though, her face smacks of disappointment.

The concept of Meadows In The Mountains is innovative, inspired and incredibly trusting. The crew seize control of a small village in inner Bulgaria’s rural highlands for four days straight. Stages are set on the edge of the peaks, overlooking landscapes stolen from fairytales, with punters roaming woodlands, fields and hillsides.

Accommodation options come in two forms; you either camp or book into a local’s home. Once inside the latter they treat you like estranged but welcome family, despite an insurmountable language barrier. With such heartwarming hospitality, winding up in my host Vera’s kitchen spilling just enough reliable local claret on her white table cloth at midday was never going to be fine.

Reaching for the fridge she pulls out natural yogurt then grabs the table salt. She seems confident, assured, like she’s been here before. For me it’s a new way to remove red wine and I’m in, with gusto. Seconds later we are smearing fermented cow’s milk onto linen together. Apologies come thick and fast.

Thankfully it’s the only real indiscretion from a weekend that’s equal parts mess, merriment and wholesomeness. So much so it’s difficult to know where best to begin, but rest assured it all winds up at a hilarious hotel afterparty— open to anyone— involving one well-meaning Berliner, a Bristol-London crew temporarily operating an open door policy on their room and everyone being right.

Skip back to Friday and after finding Vera’s house—a feat worthy of a Duke of Edinburgh— things continue to look up. Opting to skip a shuttle to the mountain site (take a shuttle, please), I’m joined by one Bulgarian armed with vodka and immediately reflect on how refreshing it is to attend a UK-promoted foreign festival and run into someone from the host nation before any Brexiting brethren. A notion compounded when two girls from this country give us both a lift to the top in their 4×4.

A few hours later I’m deep in the woods— the farthest stage from the main entrance. An enchanted raver’s playground, secluded corners and timber stuff to dance on abound. I’ll spend most of my time here, veering between feral weirdo, up for it man of the people, and wide-eyed cosmic irritant. Highlights include French disco dame Stella Zekri’s impromptu Sunday morning throwdown— sashaying kimonos and dancers in the booth— and Gwenan’s tonking yet delightfully layered and immersive tech journey in the small hours.

Followed by a party-starting, rave-y Truly Madly, and then a b2b2b between the aforementioned, Ed Word and Andrew James Gustav— all unannounced— this is definitely the place to be. That said, only a handful hear the slamming, groove-fuelled techno and deeper, spatial cuts as 9AM Monday shows up. Forest debauchery if ever it happened.

It’s not hard to understand the lure of elsewhere, mind. Saturday’s first rays are seen at the event’s most iconic area— Sunrise Stage. As an out and out sceptic of anything hype it takes five minutes to go from “dunno what everyone is on about” to “my god it’s more beautiful than the child I’ve not had.” One of the festival inner circle, Bruno Schmidt, rolling out good times vibes with a backdrop of constantly evolving clouds. The entire landscape is rendered as a mythical grey sea, hills becoming islands, before cumulonimbus clears to showcase the region’s true drama. 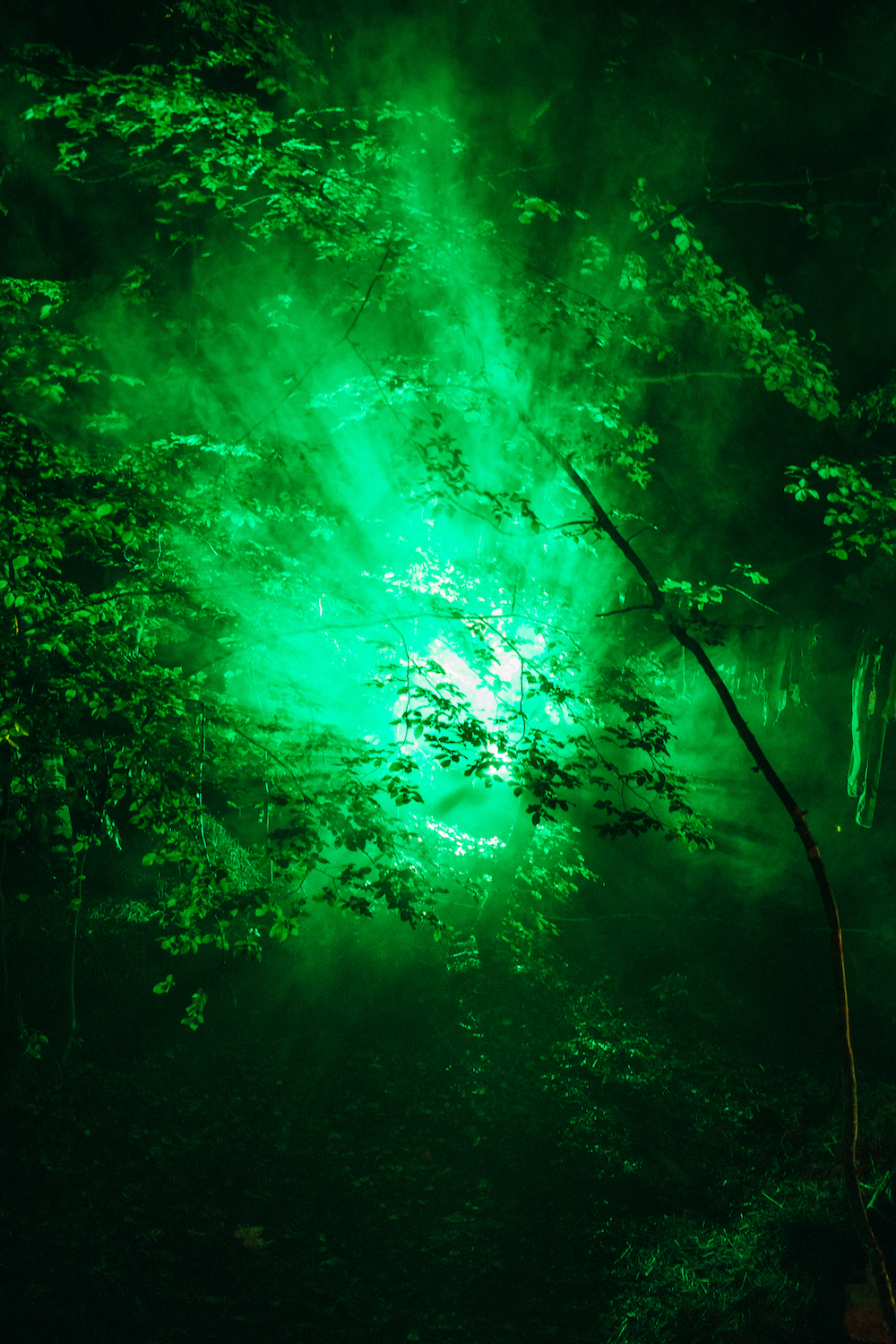 It’s not all without blunder, mind. On occasion the music needs more, although at its best the score is great. Site layout seems to dictate repeating the same routes, not that every inch isn’t an enriching experience to explore, toilets aside. Cut through some trees and find unobstructed vistas across life-affirming topography. In the thick of things it feels like a friendly post-apocalyptic community. A salvaged village inhabited by people in weird wares, sparkling CDs hung like hunting trophies in the Prosecco Pines area.

When all is said and done, it’s rare to attend anything with just a couple of friends and, over the course of the event, make shit loads more. Even if you never see them again after. Less common is discovering the food is high standard and relatively healthy. And this is before we come to the loose vibe and location itself. After 19 years of festivals and over a decade of writing about these sordid events, it ranks amongst the most jaw-dropping, ‘how-the-fuck-did-you-find-this-place’ spots.

Rocking up to Sofia airport for the flight home— four hour’s drive from Meadows— a phrase springs to mind and needs amending. Good things come to those who wait, or those willing to make considerable effort to get there. Rewarding, reassuring, at times bizarre, consistently wonderful and relentlessly fun, if festivals want to position themselves as escapism this one’s an archetype.