Whether the media are ringing its death knell or singing its praises to the heavens – it depends which point we’re currently at in the never-ending cycle – it seems as though London is always at the centre of the UK nightlife conversation. That’s not without reason of course, but there’s certainly an easy argument to be made that there are plenty of other cities more than pulling their weight and not getting enough shine for it.

To this point, I’ve been hearing very good things about Birmingham’s party scene recently – specifically a party called Magic Door who we’ve covered before on the site – in fact we were invited as hosts back in May and took over the main room with Bawrut, Bad Passion and Helter-Skelter. Anyway, Magic Door just seem to be going from strength to strength, having grown from a tiny back room pub affair to one of the Midlands’ most-loved club nights over the space of five years. They’ve expanded the mission statement recently, taking in excursions to London, a stage takeover at Gottwood and a now-legendary boat party at Love International.

Anyway, Wil has been banging on about how good Magic Door is for months now, so when the opportunity to attend came up I knew I had to seize it with both hands, and off I was on the train up to Brum… Tonight’s rave takes place at Lab11, a very cool mid-size warehouse space in trendy Digbeth, just a stone’s throw from the city centre. It’s a genuinely amazing indoor/outdoor venue – well-run, unpretentious, and set under towering railway arches which can be glimpsed intermittently if you gaze up, allowing for both an epic and intimate feel, strangely enough. 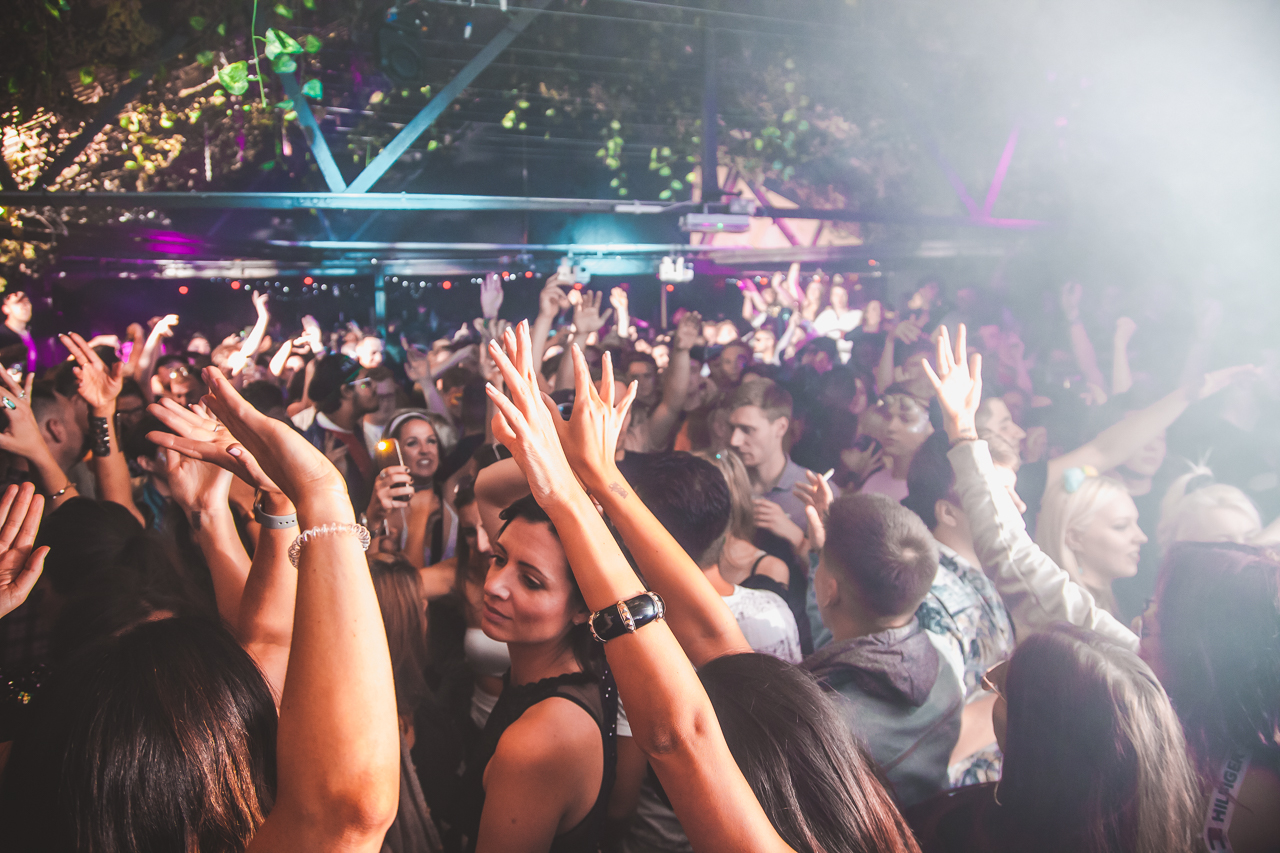 Magic Door are celebrating a half-decade of existence tonight – and this is an extra special celebration, given that they’d made a conscious decision when starting out not to celebrate a birthday unless they made it to five years. We’ve got 14 DJs spread across three rooms and eight hours to enjoy – and what’s more, the club is packed from early on. None of this ‘turn up at 2am and miss half the party’ bollocks. I learn rapidly that Birmingham crowds are well up for it.

On entering, I’m accosted by Jit – head honcho and one half of Jukes of Hazard – who warmly presses a glass of prosecco into one of my hands and a small unknown object into the other. Thankfully deciding to examine this gift before throwing it down my throat, it reveals itself to be a “magic bean” (not a metaphor) covered in silvery-blue glitter. Exchange value = a shitload more glitter. So off I go in search of the “transformation room”, where the Crafty Girls will transform you into a party animal with the help of costume accoutrements and even various props. The levels of invention are off the chain, and it’s details like this which help make it such a special night. It should go without saying that the production is terrific throughout – Lab11 is awash with colour and glitter, and it’s clear that a lot of love goes into engineering the vibe at these parties.

Only hours before the night, the special guests are revealed as returning regulars Norman Jay and PBR Streetgang – pretty impressive bookings I’m sure you’ll agree, especially given that they waited until the last minute to announce them. Talking to party-goers, many of whom aren’t even sure who’s on the bill, it’s clear that Magic Door’s considerable reputation is built on atmosphere and attitude rather than big name DJs. I mean, they have those too, but they’re being booked for their ability to keep the party going rather than the way their name looks on the event poster. A recipe for sustainability rather than endlessly chasing the hype train. Norman Jay's set is a particular highlight, mixing upbeat house, funk and soul in his inimitable style. 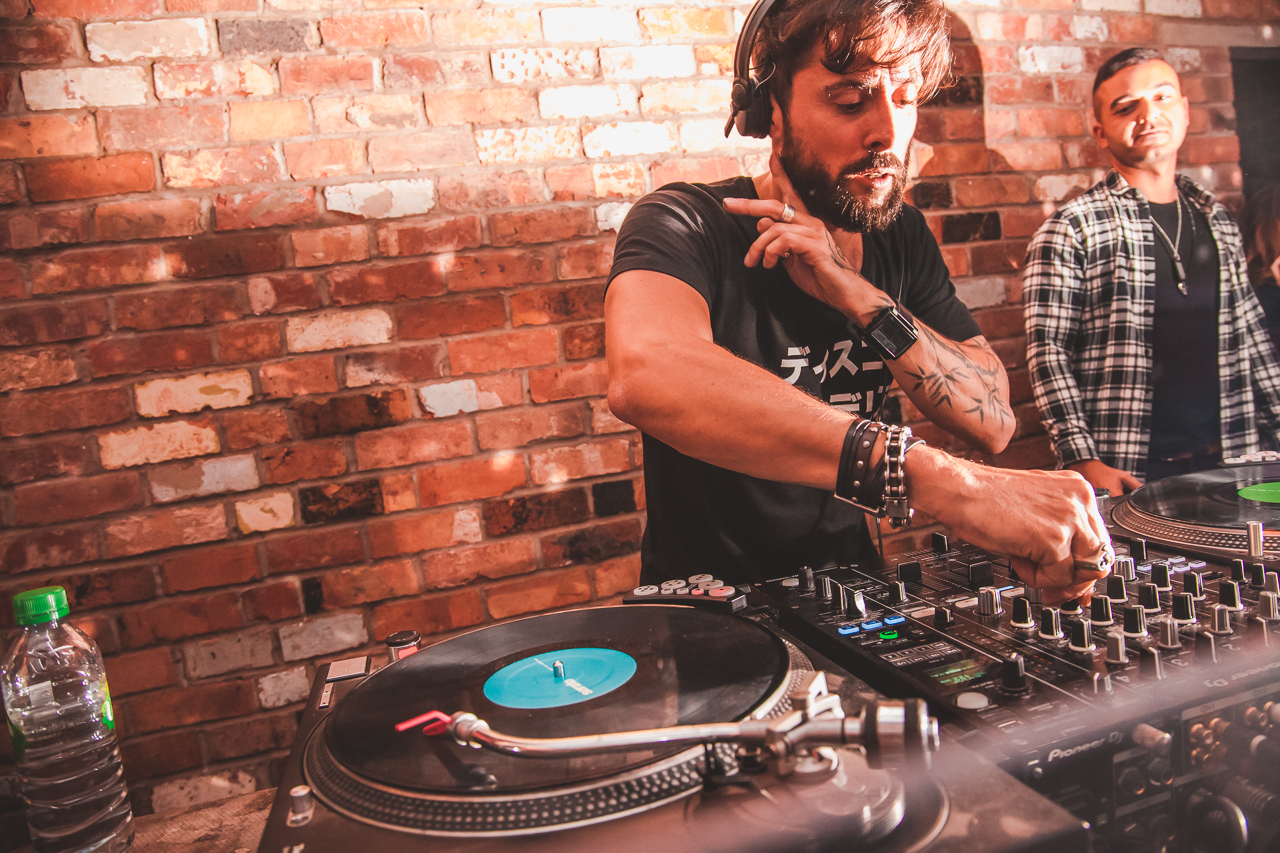 Having said that, if you’re paying attention to who’s behind the decks then you’ll notice the residents are doing a bang up job. There’s a great vibe everywhere, so I’m basically on permanent rotation between all three rooms. In the terrace area the Jukes of Hazard bang out a cracking peak time set full of “spooky house” and “discotechno” (their terms not mine!) In fact, the latter of those is the perfect term to describe the music policy at Magic Door – fun but not cheesy, and colourful but hard-edged. Later on, experienced Ibiza resident Mr Doris closes out the main room, which is particularly well-kitted out with LED beams and disco balls a-plenty. His set fuses classic hip-hop with energetic funk and Latin cuts, and is my personal highlight of the night. And lots of other dancers’ too, judging by the crowd reaction.

Walking back in the early hours, the streets of Digbeth are fairly deserted – but by the muffled yet raucous noises I hear coming out of every other block, it seems there’s a fair few lock-ins/raves/general fun times going on. Exhausted, I crash out having thoroughly enjoyed my trip to Birmingham and my first – but hopefully not last – taste of Magic Door. On that note, if you live in the Big Smoke and wanna join in the glitter explosion, then it’s your lucky day – Magic Door are heading down to London next month as part of their 5th anniversary celebrations! They’re taking over Work Bar in Islington with resident DJs and regular guests, more details are available right here.

Keep up to date with Magic Door right here. 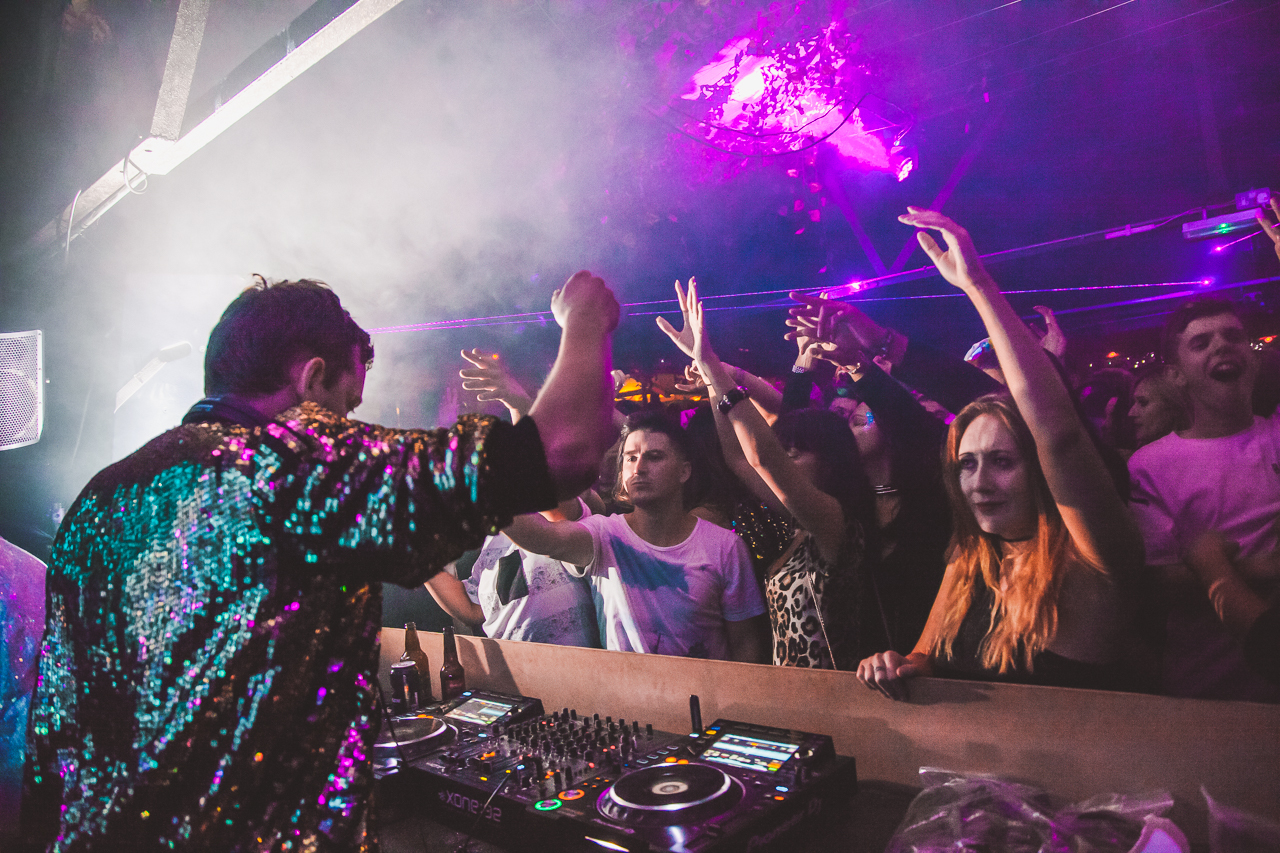