Review: Love Supreme At The Roundhouse The past couple of years have seen an explosion of jazz acts hitting the mainstream, and the genre is legitimately one of the most fertile and prolific in today’s UK music scene. From sax player Kamasi Washington’s work with Kendrick Lamar, to the Mercury-Prize nomination of Brit jazz quartet Dinosaur, jazz is suddenly everywhere.  Over the past weekend BBC 6Music devoted hours of coverage to the Cheltenham Jazz Festival, while in London, hundreds queued up at the Roundhouse, which was hosting the first ever one-day Love Supreme event: a sort-of prequel to the full Love Supreme festival taking place in Sussex at the end of June. This was a day of barrier-busting grooves and a celebration of the breadth of talent in contemporary jazz, with familiar names such as funk god Cory Henry jostling alongside fresh, newly-formed jazz trios.

The venue was able to capitalise on the glorious sunshine, opening up the roof terrace to host the EZH stage which saw Joe-Armon Jones and Maxwell Owin take to keyboard and decks respectively. Armon-Jones filled out Maxwell’s beats and samples with trills, glissandos and intricate, pensive improvisations – with a new album just dropped, this player is going to go far.  Their set was followed by psychedelic synth and drum duo Soccer69, who brought the contemplative head-nodders out of their comfort zone with a set blending prog rock combined with polyrhythmic hard jazz – and guest-starring an earnest sax player shouting about world peace. It is musicians like these who are truly at today’s avant-garde (jazzant-garde?), masterfully confounding notions of jazz ‘purity’. 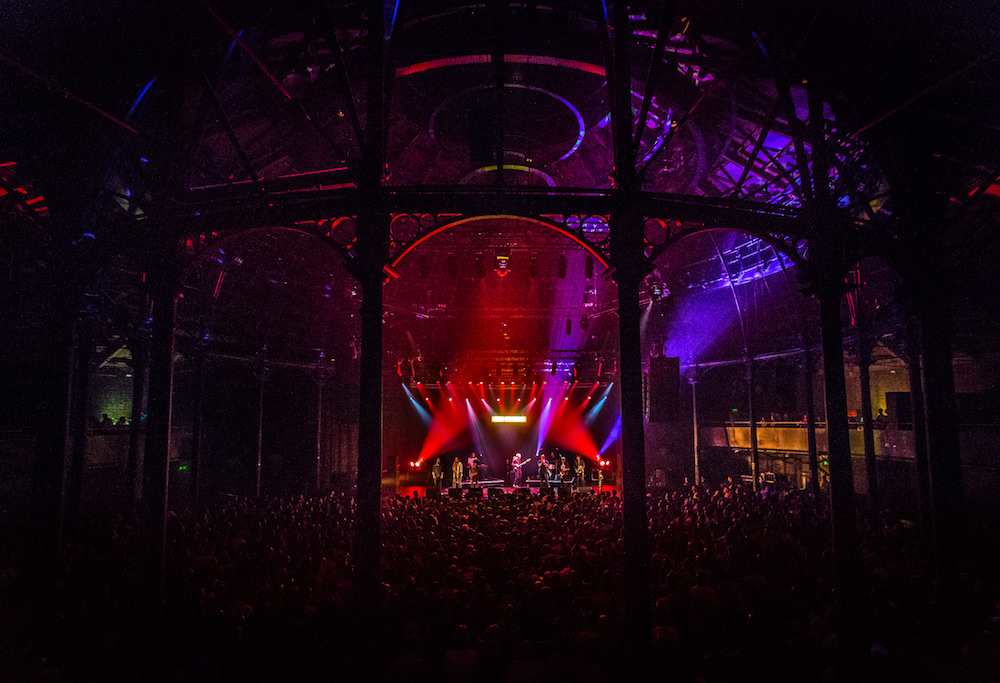 Meanwhile back inside, young bass player Arthur O’Hara, a recent graduate from Trinity Laban Conservatoire, brought his recently formed trio to the Jazz in The Round stage, performing with a degree of musical insouciance which belied his age.  He was joined by sax player Chelsea Carmichael, whose haunting, pure sound drifted over the audience, intermingling with O’Hara’s soft accompaniment. This proved one of the most remarkable discoveries of the day, and, with the stage’s one-in-one-out policy, was clearly a trio on everyone’s radar. The final set from the Jazz In The Round showcase was mercurial British saxophonist Steve Williamson and his trio, which, despite his astonishing virtuosity, didn’t feel as absorbing as the previous set. Perhaps the sheer complexity of his afro-Latin rhythms and improvisations felt a little harsh in comparison – but there is no doubting the trio’s experimental genius.

And so, to the main Roundhouse stage, where there was slightly more space to enjoy the grooves. On came sax and drums trio Moon Hooch, who, along with the slightly more familiar Too Many Zooz, are a product of the New York busking scene, cutting their teeth on the reactions of indifferent passers-by. Their set, which relied on driving techno beats, repetitive hooks and saxophone screams was a triumphal nu-jazz tour-de-force. Recently released track ‘Acid Mountain’ sent the crowd into ecstasies. These guys had serious swagger – even the insertion of an enormous traffic cone into the baritone saxophone felt right.

Who more appropriate to follow such a joyous, riotous affair than multi-Grammy-winning US singer and keyboardist Cory Henry (of the jazz collective Snarky Puppy), and his Funk Apostles? Ever the master at working the crowd, he navigated his band through some classic covers – Bee Gees Stayin’ Alive and Prince’s Controversy being particular highlights. True, it would have been interesting to have more original Cory material, but the sheer infectious delight and pride this musician takes in crafting his funk-scapes is unrivalled.

There is no doubt that Mr Jukes (aka Bombay Bicycle Club frontman Jack Steadman), is a crate digger extraordinaire, who melded disparate influences and genres together into a surprisingly captivating first solo album God First (2017). The impeccable connections and hybrid musicality of this man made him a suitable contender as headliner for the event. But following the panache and swagger of Cory Henry, Steadman failed to fully engage the Roundhouse audience, twiddling modestly on his bass in a manner that felt out of sync with the vigour of the session musicians which surrounded him.  Despite a certain apathy to this climactic set, musically Steadman’s set was a worthy microcosm of the general ethos of the Love Supreme event – a melting pot of genre-defying music. Let’s hope this becomes an annual event.