When it comes to live performances, sometimes the stars align and everything just falls into place. LCD Soundsystem at the Warehouse Project 2017’s opening night was one of those moments. Bathed in the swirling lights of that ever-present disco ball, James Murphy’s crack squad of elite musicians turned in a show that will stick in the memory for quite some time.

Barring a London festival appearance last summer, this was the band’s first UK show since 2010, and you could feel the sense of fevered anticipation percolating through the crowd. Since getting the gang back together, Murphy has been accused of cynicism, opportunism, and of cheapening the experience surrounding LCD’s breakup back in 2011 which, at a time when ‘indie rock’ was a far bigger deal than it is now, felt like a seismic event and the end of an era.

However, any ill feeling which might have greeted the reunion announcement has since dissipated thanks to an astonishing reserve of goodwill towards this most important of 21st century bands and, of course, the small matter of their incredible new album American Dream – and their first ever Billboard #1 no less. The love on display here tonight is astounding, with a proper tangible connection between performers and audience, many of whom likely expected they’d never get to see an LCD show again. Tight as ever, and with a real thrash during the punkier songs, this is the sound of a band making up for lost time. 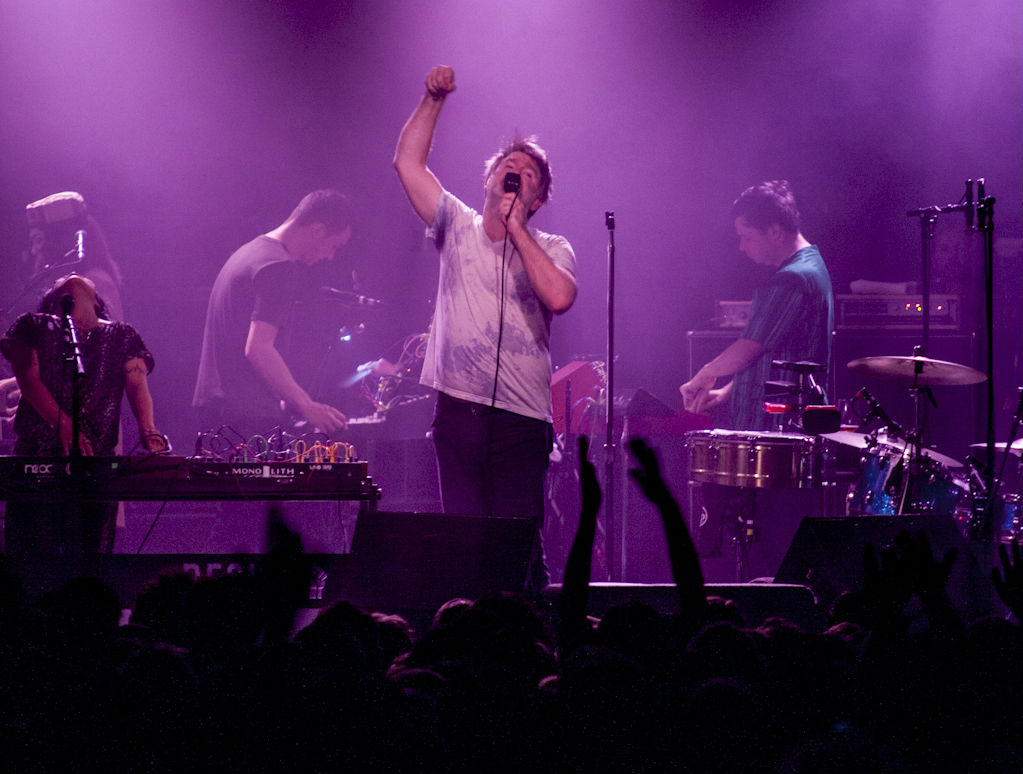 ‘Get Innocuous!’ is the perfect track to kick things off with – the kind of epic slow burner that allows the band to stretch out and really comes into its own in a live setting. ‘I Can Change’ inspires an early mass singalong and reminds us all of LCD’s impeccable pop credentials, should we have been in any doubt. We get about half of American Dream tonight, and the new songs fare very well indeed – a handful of them even feel like bonafide LCD classics already. ‘Call The Police’ is an absolute anthem, while ‘Emotional Haircut’ fizzes with ragged post-punk energy.

The set reaches a peak with a run of songs that are knitted together so as to amplify their dynamics. ‘You Wanted a Hit’ is one of the most slyly infectious LCD songs, with plenty of space for the band to show off their talents. It’s followed immediately by bouncy disco-punk classic ‘Tribulations, while ‘Movement’ is an absolute force of nature, an endless surge of energy provoking some serious headbanging. An extended synth wig-out precedes ‘Someone Great’, one of the two emotional tentpoles at the heart of Sound of Silver. It’s transformed tonight into something approaching a techno stomper, but retains all the power that made it such a heartfelt ode to loss when it came out a decade ago.

As always with any classic band this far into their recording career, there are going to be songs you wish they’d found room for in the set. ‘New York, I Love You…’ seems like a particularly egregious omission (at least the second night crowd get to hear it), but the absence of both ‘Losing My Edge’ and ‘Daft Punk Is Playing At My House’ seems to underscore Murphy’s sentiment, repeated ad infinitum in interviews, that this is a new era for LCD, not just a revisiting of past glories. Although we do get a welcome and particularly spirited rendition of ‘Yr City’s a Sucker’ thrown into the mix.

The band finish on a rousing one-two punch of ‘Dance Yrself Clean’ and ‘All My Friends’, surely both now enshrined as two of the millennium's best songs. Most bands would crawl a mile over broken glass to have an encore like this in their arsenal. Nobody's buying Murphy's suggestion that "this could be the last time" anymore – when you're part of a band performing at this level of euphoria, surely the lure is too strong to consider dispelling the magic again. 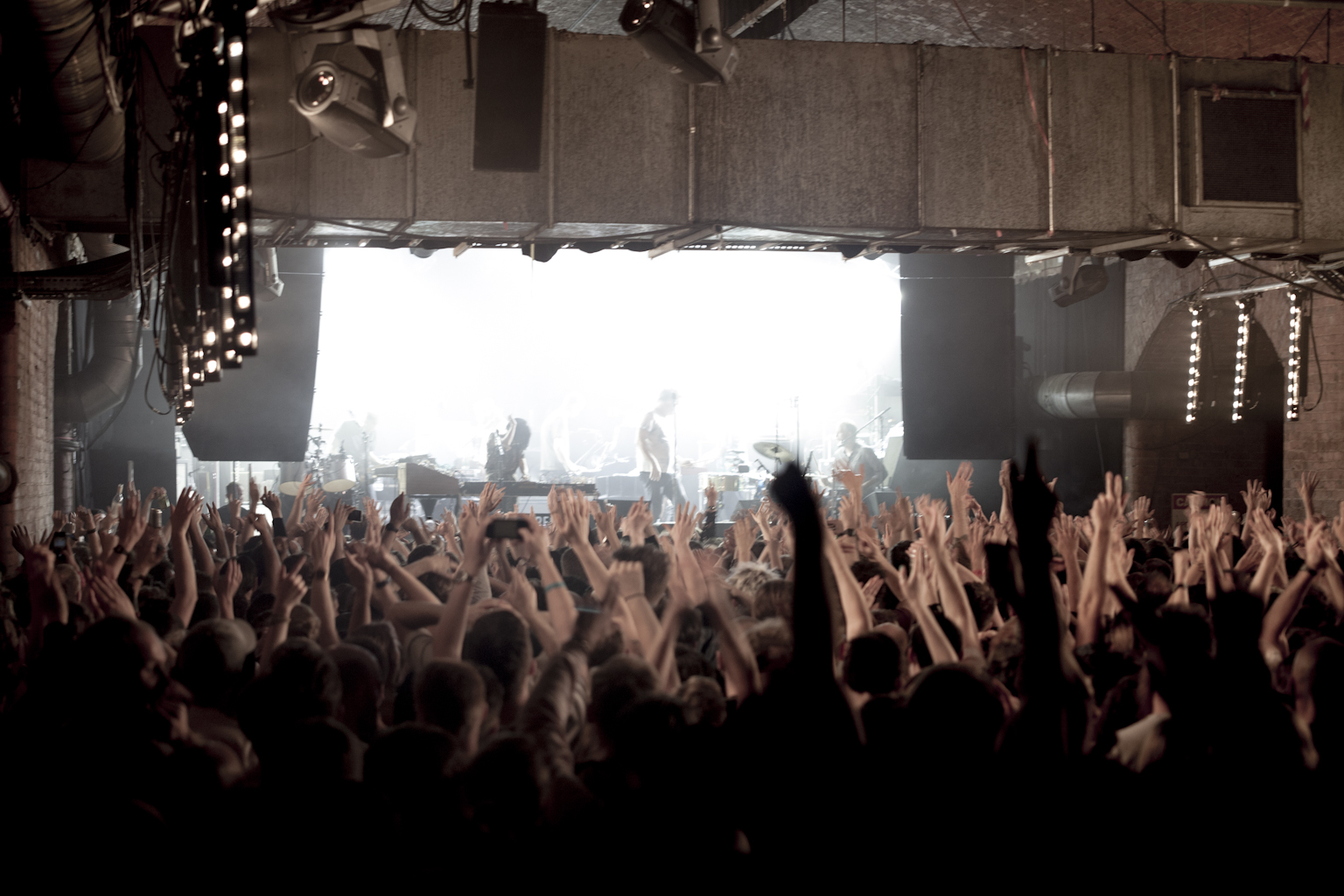 Tickets for The Warehouse Project 2017 are available here.