There was a muggy warmth to the air as the plane landed upon the Hungarian runway, the haze of the early afternoon hung thick. It was my first time in Budapest and I had little idea as to what to expect from a relatively flying visit. The city is steeped in history and culture, iconic churches and architecture flickered past the window of the speeding taxi as we raced towards the dense greenery of the distant hillside. Looking out upon the river the scale of the city hits home – a vast metropolis in which raw brickwork and towering spires sit exposed in the heat of the summer sunlight. The warmth of the day was reflected in each face and character I met later that evening.

Kolorado Festival is a relatively new project – run by local club owners and cultural innovators from within Budapest’s burgeoning art and musical communities. Set in the sprawling hills above the Hungarian capital it’s somewhat hard to believe that the city centre is a mere thirty minutes away. With phone signal very much absent and thousands of local butterflies fluttering prominently on the breeze you could very much be mistaken for believing that you were in fact far, far away.

On site wanderers strolled between tents nestled in the expanse of the open fields and occasionally you’d stumble upon a solitary dancer lost to the music amidst the afternoon heat. Prior to my visit one of the most intriguing facets of the festival was in its precise approach to programming and curation – there were no obscene headliners, local talent aplenty and careful regard to the order of play in a cohesive sense. Running across five days the likes of Avalon Emerson, Jayda G, Lena Willikens, Etapp Kyle, Powder, Ramzi, Vladimir Ivkovic, Perc and more would all play. However, they were carefully propped up and supported by what was a wholeheartedly refreshing local scene rife with interesting disc jockeys, live acts and curveballs. 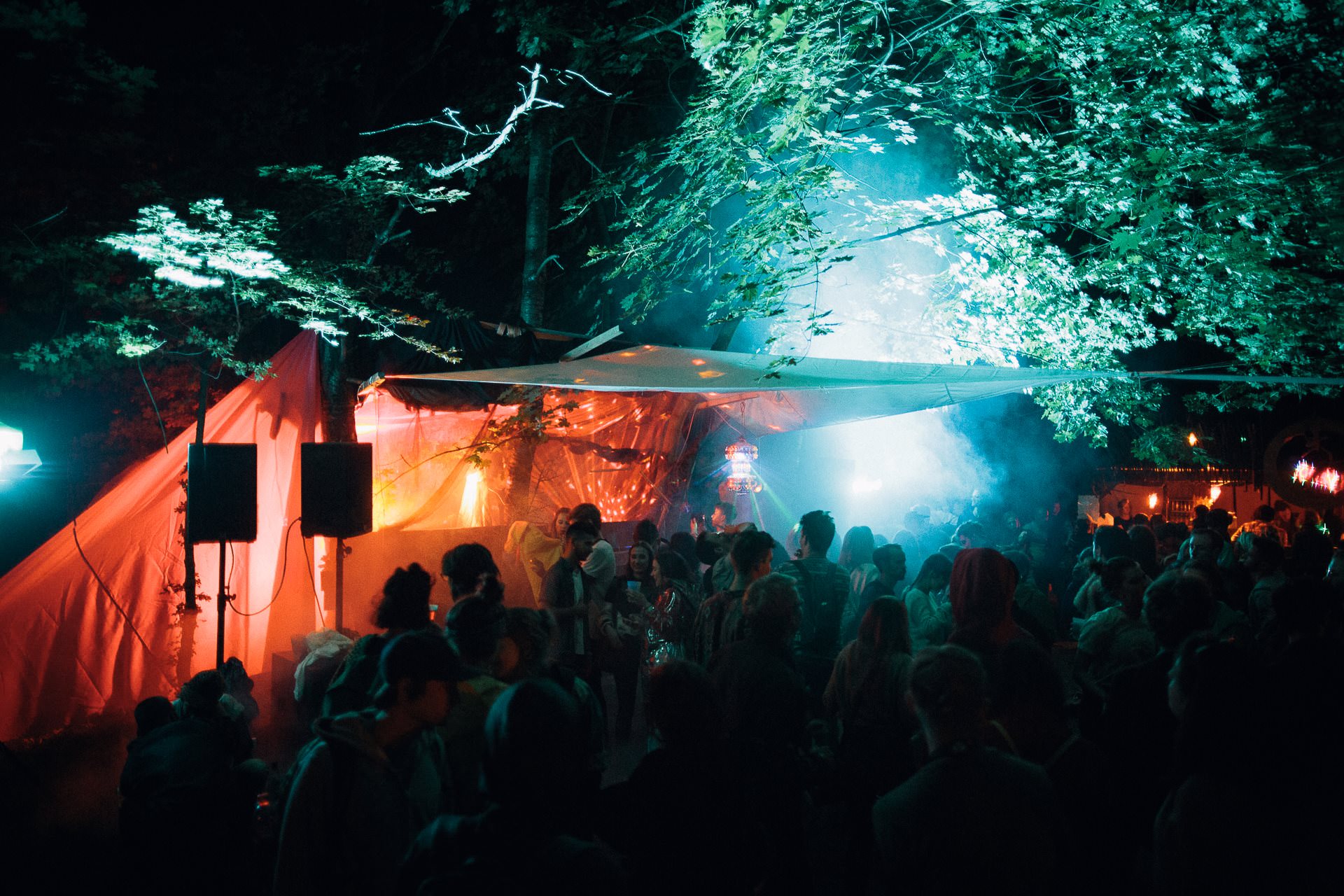 Various stages were curated and hosted by local venues, dive bars, cultural groups and community leaders. The festival was a perfect opportunity to showcase the density of the blossoming scene within the city. Diverse, colourful, warm and friendly: this was a festival of people as much as it was the music. The bar staff and security guards were the same dancers you’d find lost amidst the woods after hours – a graceful nod or smile the order of the day.

Each stage held its own precise character –  in the depths of the Golya I watched one band’s complex take upon the essence of drones and abstract soundscapes – enhanced by the fact that their performance was buried deep within the woods under minimal lighting and watched best from an aged old bridge caked in moss and the history of the ancient hills. Their sound echoed prominently through the night as joint drummers banged off piste yet in a way which allowed for hypnotic focus.

Etapp Kyle played amidst more open circumstances – towering speaker stacks wobbled as dancers locked in for a deeply enticing representation of house, techno and electro in the present. This wasn’t about trends or hype but about an individual experience lost to the sound of drums as flags and bunting danced upon the wind.

Lena Willikens & Vladimir Ivkovic maintained fine form – as always. Their psychedelic take on electronic and experimental music honed in the Salon somehow felt purpose built for the open ended barn which acted as a platform for the late night loner and friends amidst the darkness. Weaving between slow moving elements of house, krautrock and beyond they gradually manipulated a hedonistic crowd well into the small hours. The sun would be up soon enough… 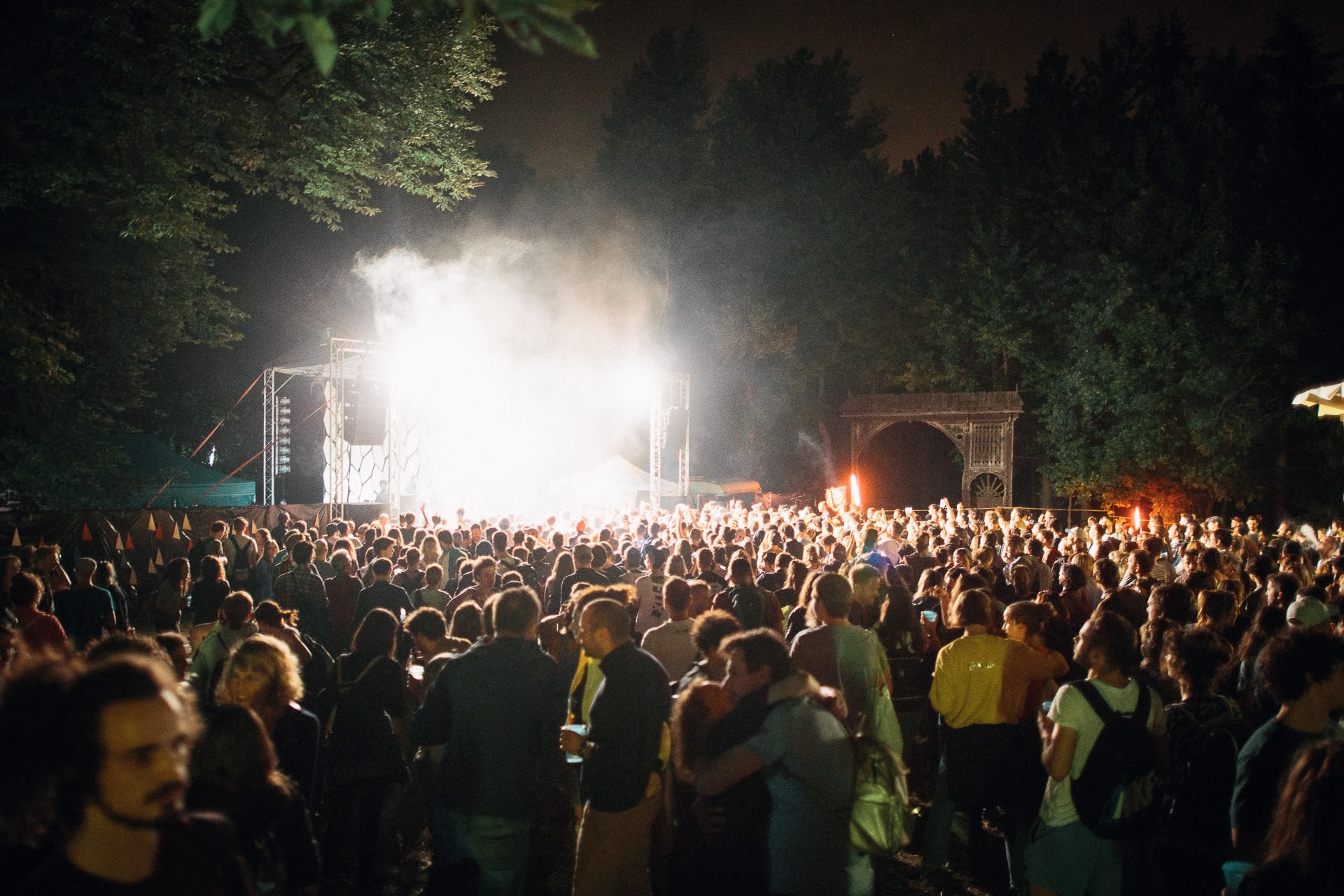 It’s funny – each year festivals seem to come and go. Sadly for some it’s as much a business as a chance to showcase the success of friends, people, family and culture built on home soil. Finding honesty and spirit is rare… but not here. Kolorado has managed to capture a uniquely true experience – offering a humble perspective on music and the associated culture within Budapest. People are what make the world go round – lost within the Buda hills I met many happy faces. They all had a smile.