It might be the guy waking up on a hotel sun lounger at 9:30AM. His actual bed nowhere near the address, his arrival at this place a mystery to all.

Perhaps it’s the chap laying back on a sea kayak, blissfully beached on his private plastic island, drifting woozily on early evening Adriatic tides, oar trailing behind in the water.

It was definitely the people crowding out a restaurant watching England hammer Panama. A slapstick scene of bemused waiters, loose ravers, comical levels of exuberance and a ridiculous scoreline. Wine for everyone indeed. And it was certainly that tightly packed dancefloor ignoring the elements; brollies up, tops off, on the beach at dawn.

Cutting to the chase – for a first edition, Kala certainly knows how to make an impression.

Albania, the chosen location for this debutant gathering, is one of few remaining European destinations you need to cross international borders to reach because low demand means an almost non-existent supply of flights from the UK.

Corfu Town, Greece, is 12km across the water, making this an obscure and off-the-beaten track destination that remains oddly accessible. Travel to other events may actually take longer, but few involve a country which is so hard to land in, regardless of how much you have to spend on airfare.

Transport facts aside, despite getting on-site at 2.30AM after 60 minutes by sea and two hours on a coach, it takes no time to feel ourselves getting involved. The humid night air is heavy with the smell of lush vegetation, the throb of a nearby kick drum acting like a siren, luring us into the thick of things. 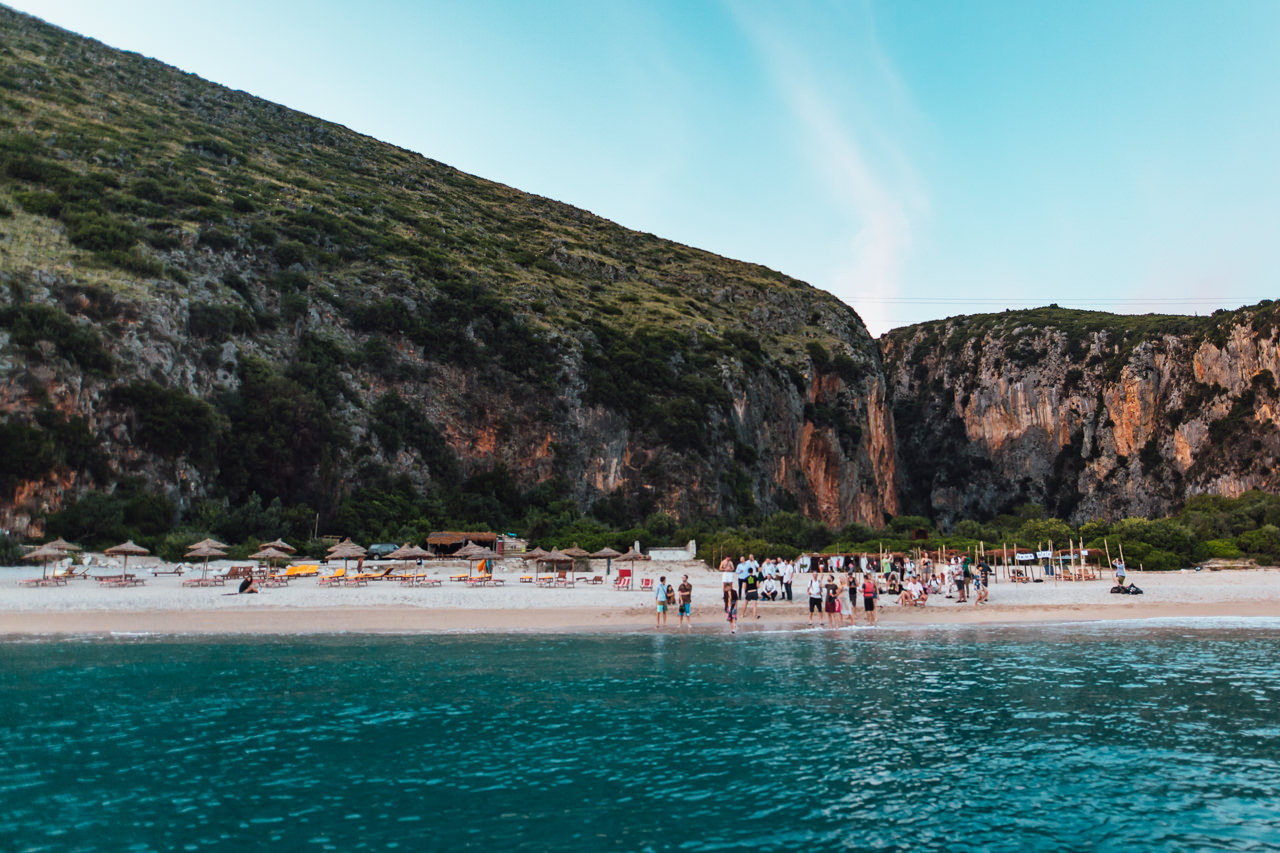 Dhermi, the resort village Kala calls home, is more than a find. A jewel on an under-explored coastline crammed with gems, for the purposes of this seven day soiree most of the buildings in the centre are within the event itself, alongside three beaches to play with. The largest is also home to the main stage and set in a cove, tiered terraces leading back up to level ground, steep mountain foothills giving a dramatic backdrop, not least whenever morning shows up.

Various eateries and drinkeries are dotted through town, from ramshackle traditional spots down rough dirt tracks – where daily menus depend on what’s been caught – to more polished joints like Lucianos. Here, pained faces sit and pray that the pizza, octopus or calamari will rectify the night before. Catching the same faces bouncing about a few hours later proves that lunch always seems to work… Or something like that.

Those looking to escape from all this escapism aren’t coming up short, either. Boat transfers whisk passengers off to Gjipi Beach, a stretch of shoreline offering a couple of shack-bars and – during Kala at least – a decent sized rig, slo-mo cosmic beats bouncing off the huge gorge towering over the scene.

When not doing whatever the hell you want – cracking on, chilling in the shade, (non-sexual) water-sports or exploring – the festival’s key selling point, music, doesn’t disappoint either. Albeit those of a tougher tune disposition take longer to warm up. 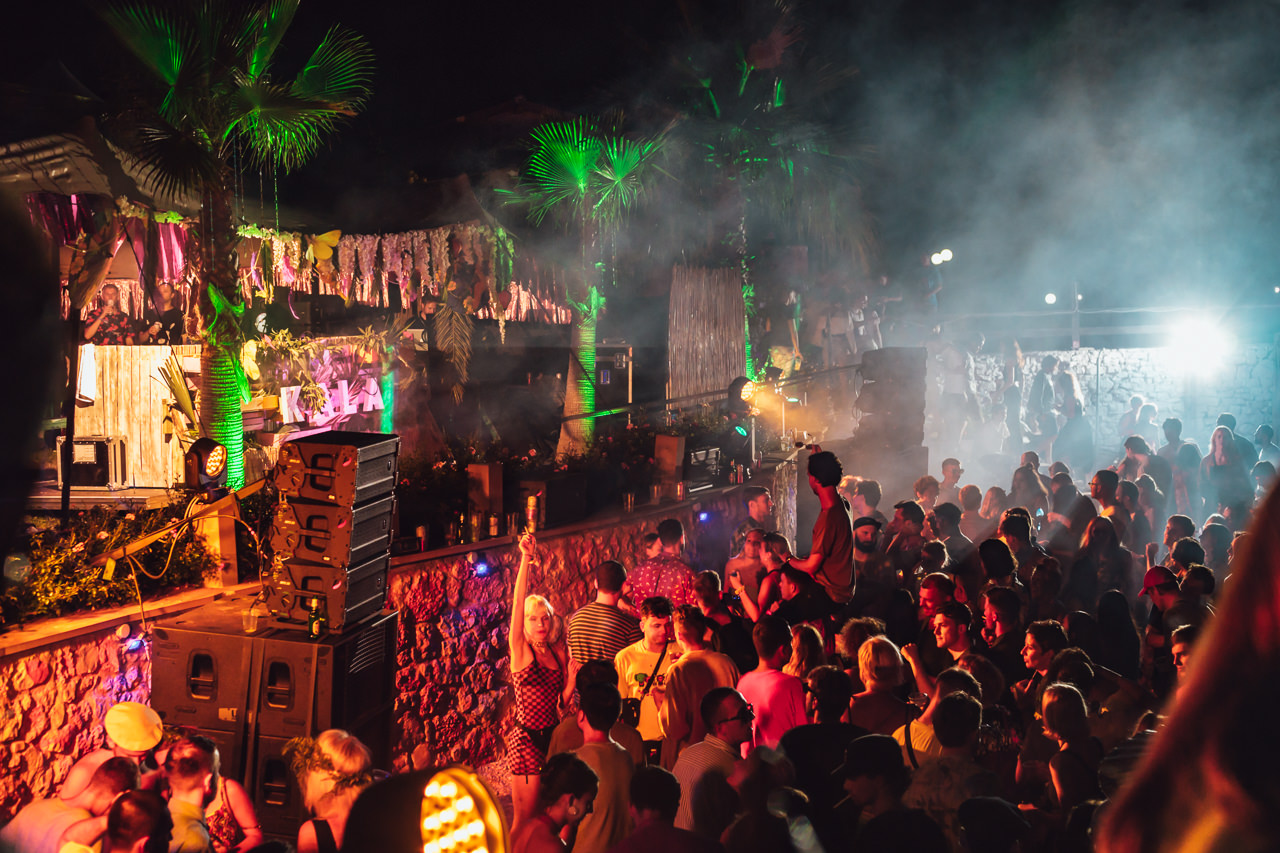 Props to The Pilotwings for serving something very special to the hilariously-named Yacht Club – five-day-weary hedonists stomping into the timber floor of this bar-on-jetty to heavy, otherworldly disco, psychedelia and strange synthdom is as far removed as you get from what probably usually happens where the filthy rich park their vessels.

Elsewhere, Roy Ayers fails to bring the rays, a painful reality when you’re in this part of the world and Britain is basking in 30 degree heat. Nevertheless, he more than steals our hearts. Feet stumbling on the pebbled beach, a unified groove welcoming all in earshot, crowd taking over vocal duties when the power temporarily cuts out (a product of the damp conditions) before the bonafide legend triumphantly gets back to business.

Add to those Andy Blake making us sweat, Alfredo defining Balearic, Secretsundaze in celebratory mode and Phonica’s full blown takeover, and we’re still only a fraction of the way through the names that should be here. Ultimately though, Kala is a good example of why programme obsessives and itinerary planners frequently miss the point.

Simply laying on a bunch of names and setting up camp somewhere sunny isn’t enough on the part of promoters when punters are effectively committing their summer holiday to a party. Even when the party is in Albania, the continent’s cheapest corner. 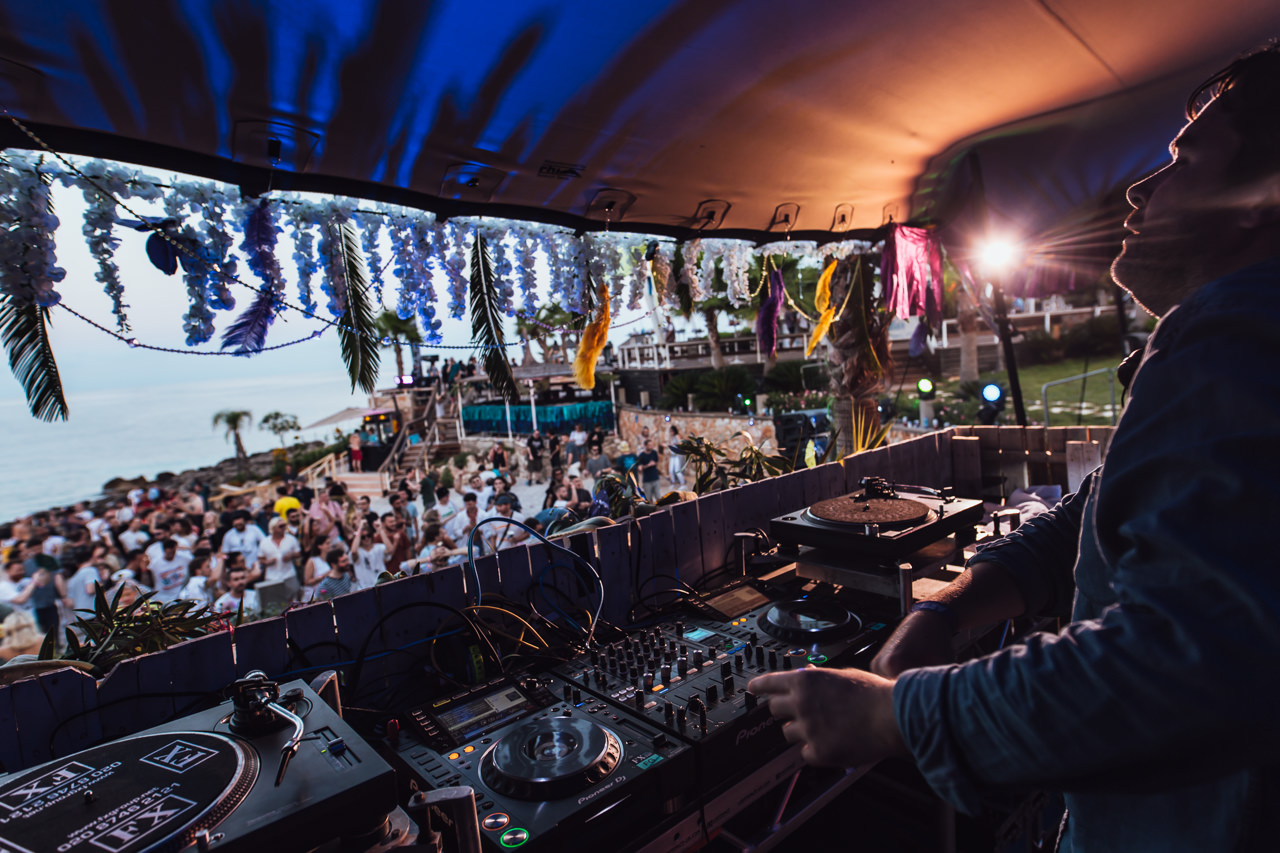 In the words (or lyrics) of Derrick Carter, there must be more. We leave in search of togetherness, randomness, familial vibes and the kind of attention to detail that makes 24 hours become 168 in the blink of an eye. Enticing places where strangers turn into comrades before becoming full-blown team members, bonds formed over missed sets when lunch extends into evening. Perhaps most importantly though, we leave in search of something unique, something memorable because it feels made for this moment.

It’s hard to argue against the fact that Kala delivered on pretty much all of those levels. Seamlessly produced – hardly par for the course when breaking new ground – well programmed, intelligently soundtracked and thoughtfully designed. The emphasis being on a complete package consisting of relaxation – by day at least – silly levels of fun and adventures well beyond the simple joys of being on the session.

Already confirmed for 2019, more involvement from local artists and greater numbers of attendees from Albania would be two improvements we’d like to see – not that this was a 100% British takeover (other Balkan nations were relatively well represented). But that point aside it seems those responsible are well on their way to achieving the original goal of establishing a new hedonistic paradise at a point in time when the world is in short supply of spots to run away to.